Grammy Award-winning singer and songwriter Jim Lauderdale, a graduate of the University of North Carolina School of the Arts, has won the Wagonmaster Lifetime Achievement Award from the Americana Music Association. Country music legend George Strait presented the award to Lauderdale on Sept. 21 at Nashville’s historic Ryman Auditorium.

The Wagonmaster award recognizes a pioneer in American roots music “whose career continues to roll ahead, leaving a large legacy in its wake.”

With a career that spans three decades, Lauderdale has released 28 albums of award-winning American roots music. His new album This Changes Everything was released Sept. 30. He is the emcee of the acclaimed radio show Music City Roots.

He won his first Grammy Award in 2002, for Best Bluegrass Album, Lost in the Lonesome Pines, a collaboration with Ralph Stanley. In 2008, he won a second Grammy in that category for The Bluegrass Diaries.

Lauderdale has also collaborated with legends including Buddy Miller and Robert Hunter of the Grateful Dead. His songs have been recorded by Strait as well as Blake Shelton, Vince Gill, Lee Ann Womack, Patty Loveless, Elvis Costello, the Dixie Chicks and Solomon Burke. 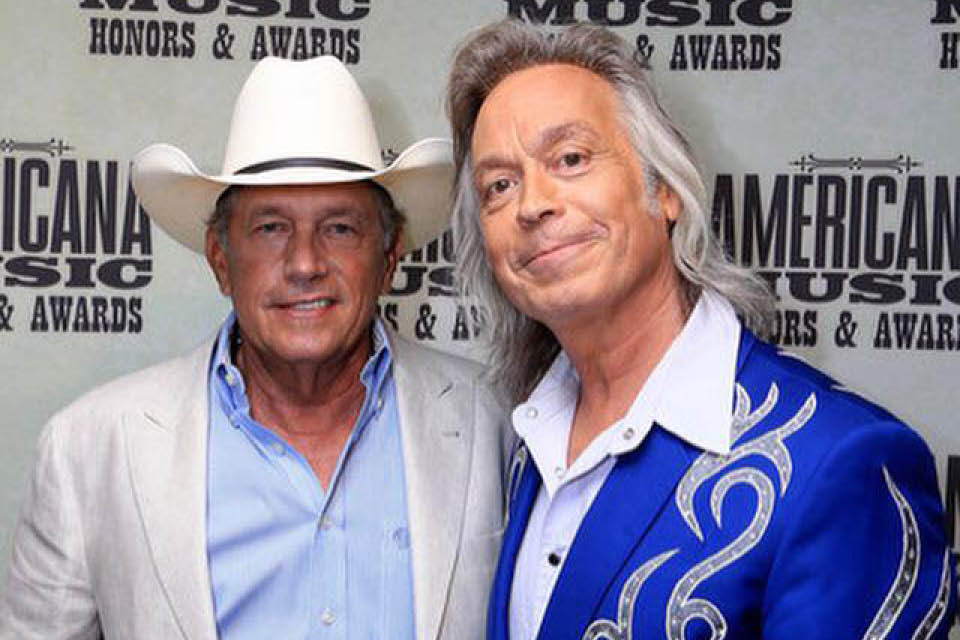 At the awards show, Straight and Lauderdale performed “The King of Broken Hearts” together, which Strait recorded on 1992’s Pure Country soundtrack. A documentary of the same name, Jim Lauderdale: The King Of The Broken Hearts, was released in 2014, celebrating Lauderdale’s unconventional career.

“Receiving the WagonMaster award presented by George Strait is probably one of the greatest experiences of my life,” Lauderdale wrote on his Facebook page. “Having George sing ‘The King of Broken Hearts’ and standing next to him singing harmony was a thrill beyond words.”

Lauderdale is a native of Troutman, N.C. He graduated from UNCSA’s School of Drama in 1979.

The Americana Music Association is a professional trade organization whose mission is to advocate for the authentic voice of American Roots Music around the world. The AMA works closely with artists, labels, radio stations, retailers, print media, festivals, agents and publishers to ensure the creative and financial success of the genre.