A taste of everything dance: Spring Dance highlights contemporary and ballet talent

Young talent in both ballet and contemporary dance are on display for the University of North Carolina School of the Arts Spring Dance Concert, on stage Thursday, April 20 – Sunday, April 23 at the Stevens Center in downtown Winston-Salem. Performances begin at 7:30 p.m. Thursday - Saturday, with a 2 p.m. matinee on Sunday.

“The program offers audiences a taste of everything dance, from classics by the masters to a modern work coming from right here in North Carolina,” said Susan Jaffe, Dean of Dance. “We’re thrilled that Charlotte Ballet Associate Artistic Director Sasha Janes and his wife Rebecca will be staging their piece Lascia la Spina, Cogli la Rosa.” 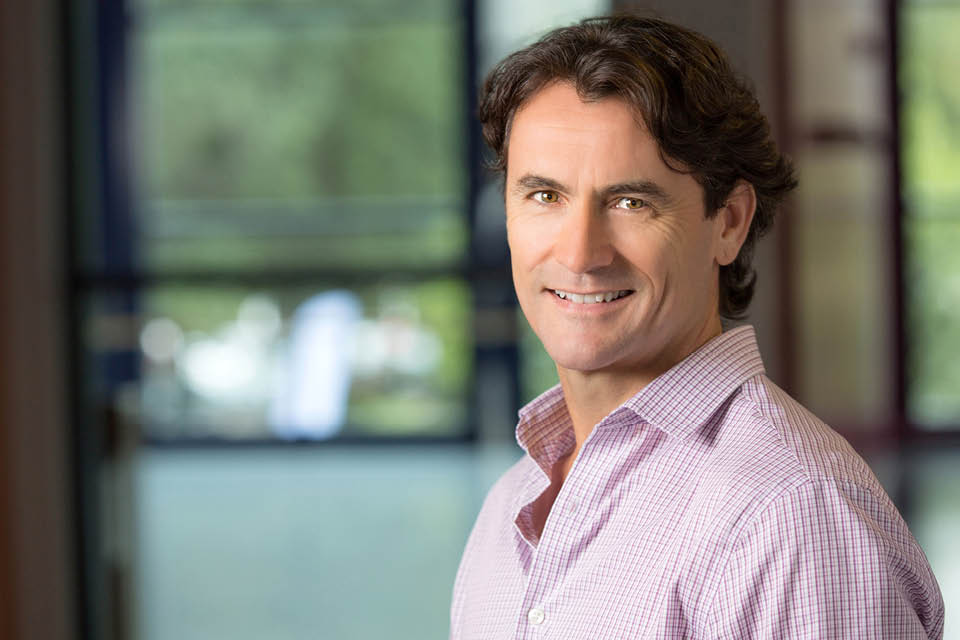 Originally known as North Carolina Dance Theatre, Charlotte Ballet was started by UNCSA’s own Robert Lindgren, founding dean of dance. “Our longtime relationship with the company is such a valuable asset for students, alumni, and audiences alike,” continued Jaffe. 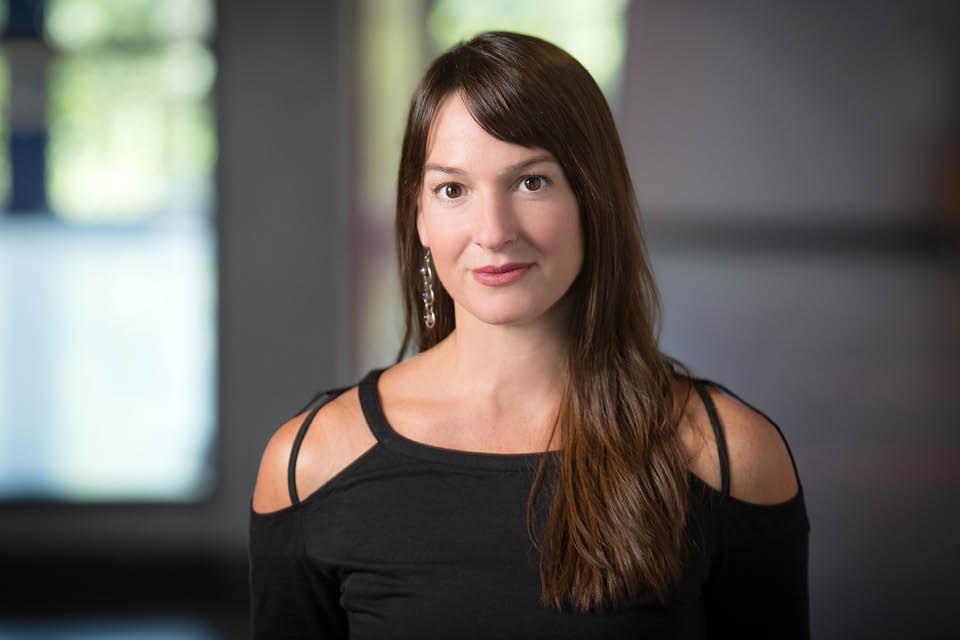 Also on the program is Martha Graham’s Panorama staged by Maurizio Nardi, Carnival of the Animals, choreographed and staged by Alexei Kremnev, and Michel Fokine’s Les Sylphides, staged by School of Dance faculty member Eva Draw.

Ticket holders have the opportunity to attend a pre-curtain talk at 6:15 p.m. on Thursday, April 20 and Friday, April 21. Dance historian Elizabeth Kaye will discuss the working relationship between choreographers Michel Fokine and Martha Graham. An award-winning author of six books, Kaye has given pre-concert talks for many world-renowned ballets and has worked closely with American Ballet Theatre to write one of the company’s official books, “American Ballet Theatre: A 25 Year Retrospective.”

Les Sylphides, by Russian choreographer Fokine, is an expressive romantic ballet set to music by Frederick Chopin. Staged for Spring Dance by UNCSA ballet faculty member Eva Draw, the work paints the picture of a young man wandering the woods, where he encounters spirits of the air known as white sylphs.

Fokine created Les Sylphides at a pivotal time in dance history. When the work premiered in 1909, pointe shoes were just beginning to become popular, and Fokine took full advantage of the technique to connote his floating air spirits. The lyrical and dream-like choreography he created has led the work to be cited as one of the first ballets of mood rather than plot. 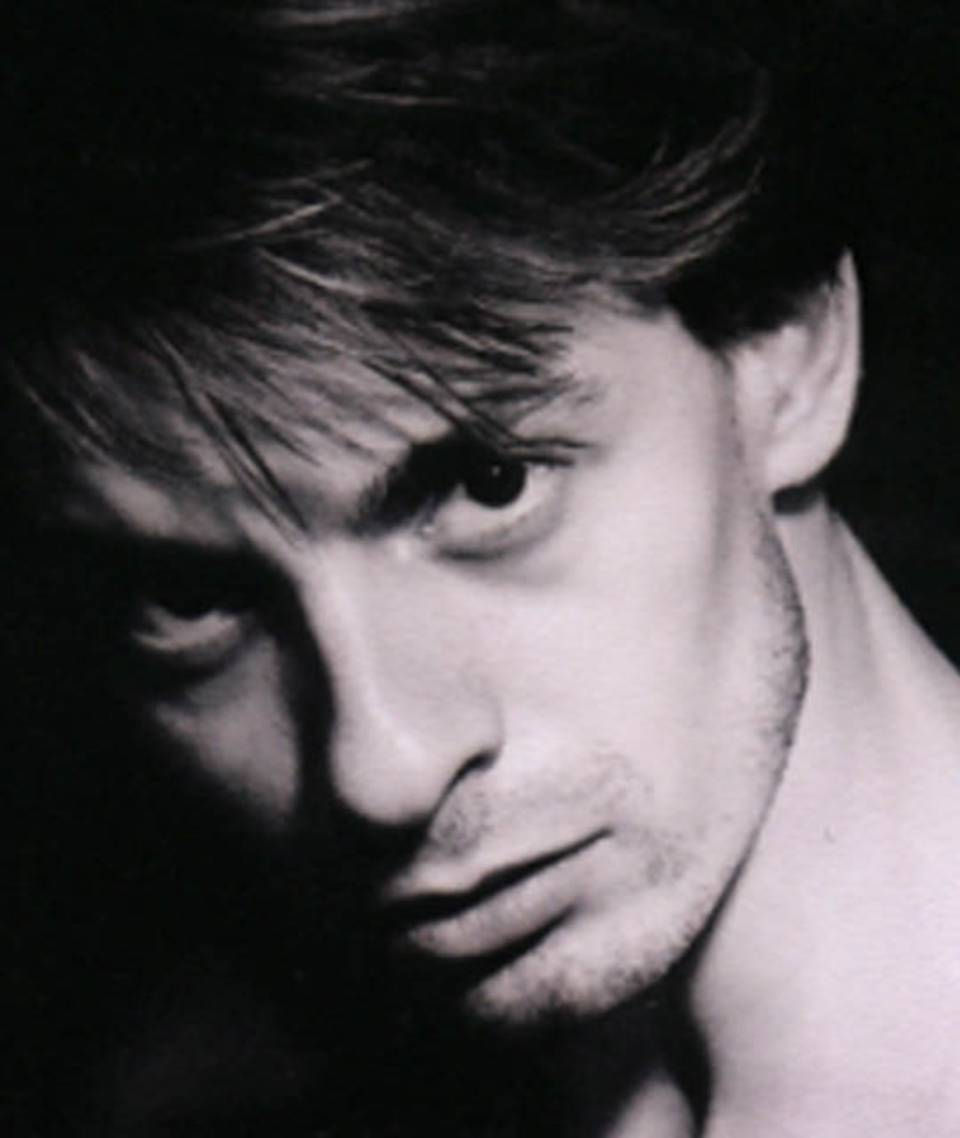 Martha Graham’s high-energy Panorama is being staged by Maurizio Nardi, former principal dancer with the Martha Graham Dance Company (MGDC). MGDC describes the work, originally choreographed in 1935, as “a rallying cry for social activism.” With its urgent, ominous music and march-like movements, Panorama is often used as part of the company’s greater Political Dance Project, a collection of depression-era pieces by various choreographers. For UNCSA’s presentation of the work, the cast of dancers will feature women only.

Closing out the Spring Dance Concert is Carnival of the Animals by Alexei Kremnev, founding Artistic Director of The Joffrey Academy of Dance and the Joffrey Studio Company. Although bright, lively, and comical to the audience, the work, set to Saint-Saens’ beloved score of the same name, is a challenge both physically and mentally for the contemporary and ballet students involved in the performance. 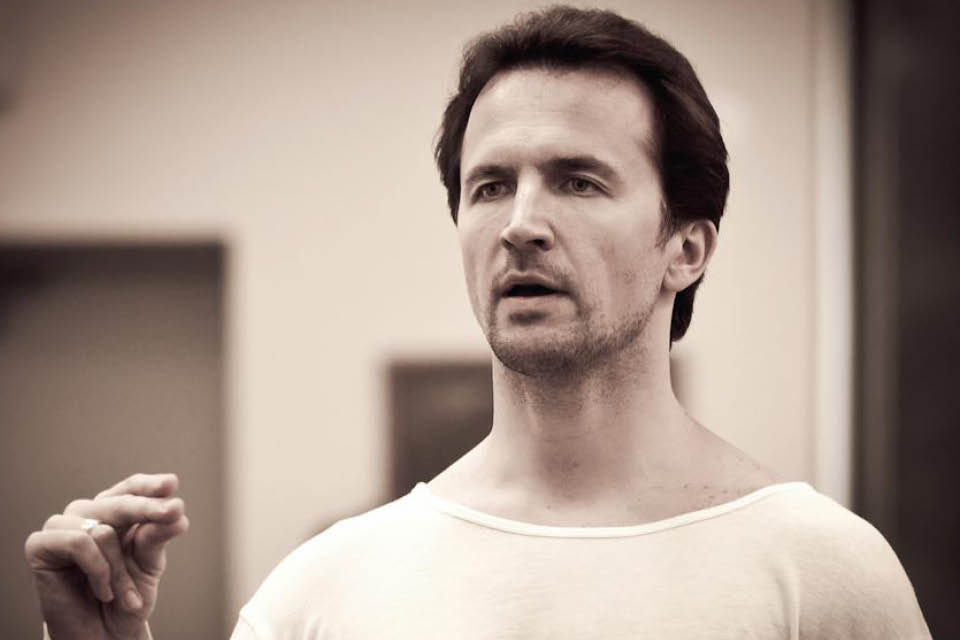 Alexei Kremnev will stage his "Carnival of the Animals" for Spring Dance.

“It’s more than just the steps on the stage…it’s about the artistic transformation” said Kremnev before the 2013 premiere of the piece. “[There’s] an emotional commitment of the dancers to be the character. If you’re a swan, you have to feel yourself as a swan.”

Sasha Janes was born in Perth, Australia, and received his formal dance training from Australian Ballet School. He has danced professionally with West Australian Ballet, Australian Ballet, Hong Kong Ballet, Dayton Ballet and Charlotte Ballet. In 2006 Janes was commissioned to choreograph his first ballet, Lascia la Spina, Cogli la Rosa, and since then he has choreographed many ballets for Charlotte Ballet, including Rhapsodic Dances, which was performed as part of the Kennedy Center's Ballet Across America series in June 2013. The Washington Post called Janes 'a choreographer to watch.' Janes was invited to participate in the New York Choreographic Institute's spring session, where he created Murmuration on the students of the School of American Ballet. In the spring of 2013, Janes created Dominant Curves for Richmond Ballet's New Works Festival. Janes was a dancer with Charlotte Ballet for eight seasons before being named associate artistic director in 2012.

Rebecca was born in Urbana, Ohio, where she began her training with her mom, Cindy Carmazzi. She also trained with the Dayton Ballet, San Francisco Ballet, Jacksonville Ballet, Joffrey Ballet, and BalletMet. In her junior year of high school she was offered a contract with Dayton Ballet where she performed for nine years as a principal dancer. In 1999 she was awarded the Josie Award for the Most Outstanding Female Performer of the Year. Rebecca also worked with Chautauqua Festival Ballet and Ballet Met before joining Charlotte Ballet in 2002 as a principal dancer. During her career she has enjoyed dancing roles in numerous full length ballets such as Juliet in both Septime Webre's and Jean Pierre Bonnefoux's versions of Romeo and Juliet, Ophelia in Stephen Mills’ Hamlet, Odile and Odette in Swan Lake, Alice in Alice in Wonderland, Cinderella in Cinderella, Lucy in Dracula, Clara and Sugar Plum Fairy in The Nutcracker, Desdemona in Othello, and the Marquis de Mertuil in Dangerous Liaisons. She also performed in repertoire ballets by George Balanchine, Lila York, Anthony Tudor, Alonzo King, Alvin Ailey, Nacho Duato, Twyla Tharp, Dwight Rhoden, Salvatore Aiello, Mark Diamond, Sasha Janes, Nicolo Fonte, Dermot Burke, Mark Godden, Christian Holder and Uri Sands. Since retiring to be with her three children in 2012, Rebecca has been enjoying teaching for the Charlotte Ballet Academy, Dance Davidson, Piedmont School of Music and Dance, and Open Door Studios.

He began his career in Moscow at the world famous Bolshoi Ballet Academy (Degree of Ballet Artist), the Russian Academy of Theatrical Art (GITIS), and the Moscow State Academy of Choreography (Degree in Pedagogy and Choreography). Either as a principal artist, choreographer or teacher, he has worked internationally with the Moscow Festival Ballet (Russian National Ballet), England's Northern Ballet Theatre, Bolshoi Ballet, Joffrey Ballet, Cincinnati Ballet, BalletMet, Tulsa Ballet, and the Russian and European Stars of the Ballet. Mr. Kremnev received superlative reviews in the New York Times, Los Angeles Times, and Dance Magazine for the leading roles he danced. He is the Laureate of the Leonide Massine Award, the Nureyev International and Lifar International Ballet Competition. Among the legendary teachers Mr. Kremnev studied with, there are two who influenced his teaching philosophy the most: Eleonora Vlasova, a great ballerina and a laureate of the Paris Academy of Dance Award for her achievements in ballet, and German Pribilov, who studied with the great Alexander Pushkin, a teacher of Rudolph Nureyev and Mikhail Baryshnikov.

While in the U.S., Maurizio has been dancing for many other dance companies such as Pearl Lang Dance Theater, Coyote Dancers, Mary Anthony Dance Theater and Battery Dance Company, to name a few.

Maurizio is currently a teacher at the Martha Graham School and a guest artist at UNCSA. As a regisseur for the Martha Graham Company, he has restaged productions for the Teatro Massimo in Palermo, Italy, and the University of North Carolina School of The Arts.

Eva Draw joined the faculty of the UNCSA School of Dance in 2015. She received her ballet training at the prestigious Bolshoi Ballet School and the State Academy of Theatrical Arts in Russia. Since her graduation from the Ballet School in 1979, she has enjoyed a successful career as a principal dancer with the Moscow City Ballet, the Stanislavsky Ballet and the Israel Ballet. During this timeshe toured extensively, performing in countries such as Japan, Italy, England, Germany, Switzerland, Egypt and the United States.

Eva immigrated to Canada in 1993, and was accepted into the Teacher Training Program for professional dancers at NBS a year later. Upon her graduation in 1995, she joined NBS as an artistic staff member where she currently teaches ballet and is a senior student advisor. Eva has been a guest teacher at ballet schools throughout Canada and the United States, and has most recently taught at the Royal Danish Ballet School in Copenhagen, Denmark, and at the Nordic Seminar in Helsinki, Finland. She has also been a judge at the Youth America Grand Prix in New York City. Eva is an Associate member of both the Royal Academy of Dance (RAD) and the Cecchetti association.