An alumnus is among three notable appointments to the top-ranked School of Music faculty at the University of North Carolina School of the Arts, Dean Brian Cole has announced. Dmitri Vorobiev, who received his Bachelor of Music in 1996, joins oboist Jaren Atherholt and trumpeter David Dash on the faculty of the music school ranked at No. 5 among the top 25 music schools by The Hollywood Reporter.

“Our new faculty artists have performed internationally and throughout the United States with prestigious orchestras,” Cole said. “They are sought-after as chamber musicians and recording artists, and have studied at some of world’s finest music schools. We are excited to welcome these innovative artists into our faculty, where their expertise will be of tremendous benefit to our students.” 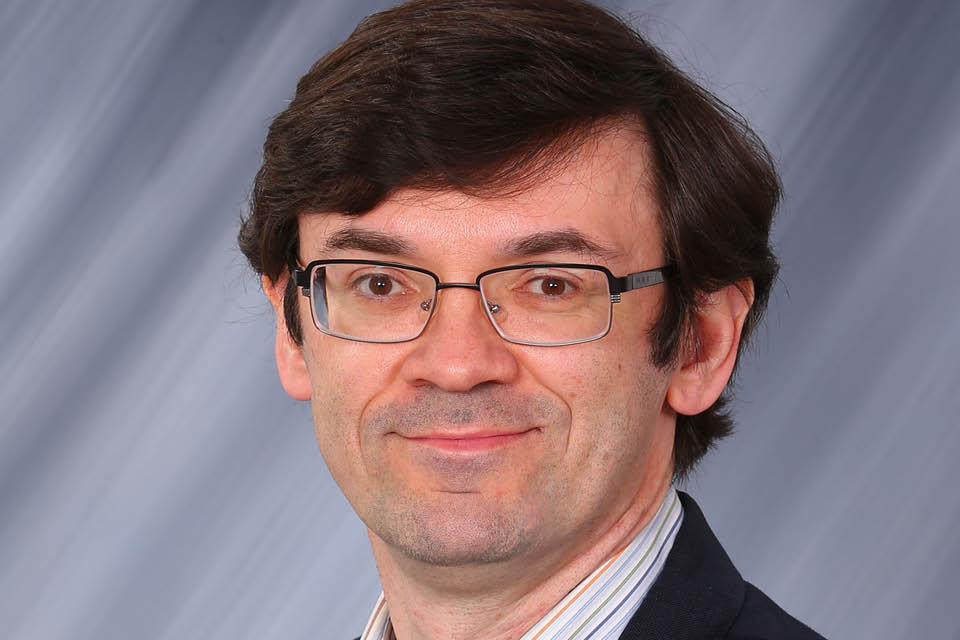 A multiple prize-winner, Vorobiev has performed with orchestras and as a soloist throughout the United States and in Israel, Russia, Germany, Czech Republic, Ireland and South Africa. He studied at the Moscow State Conservatory before attending UNCSA, where he studied with Eric Larsen. Vorobiev later received a master’s degree from the Manhattan School of Music and a Doctor of Music Arts in piano performance from the University of Michigan School of Music. He joins the UNCSA faculty as associate professor.

“It is a pleasure to welcome Dmitri Vorobiev back to UNCSA,” Cole said. “As an undergraduate student, he distinguished himself as a pianist of the highest caliber, and he has continued to amass a stellar record of accomplishments as a performer and an educator.” 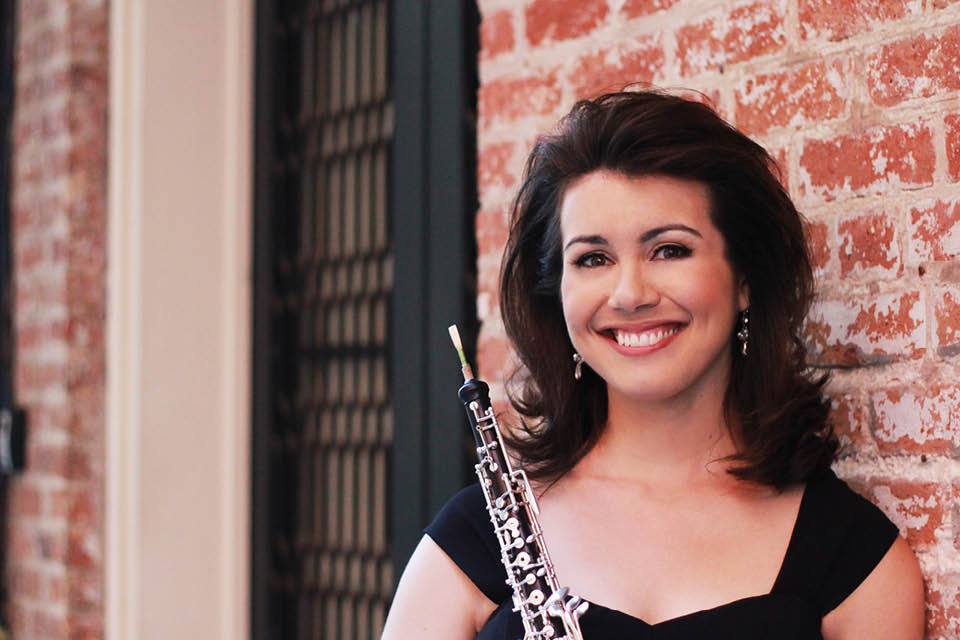 Atherholt studied at Interlochen Arts Academy, earned her bachelor's degree in music performance from the Cleveland Institute of Music and a master's degree from the Shepherd School of Music at Rice University. She will be assistant professor of oboe at UNCSA.

“Jaren Atherholt is an exciting addition to our woodwind faculty,” Cole said. “She brings a wealth of performance experience with prestigious orchestras, and has taught at highly respected festivals.  Her talents as a musician and a teacher will greatly enhance the learning experience for our oboe students.” 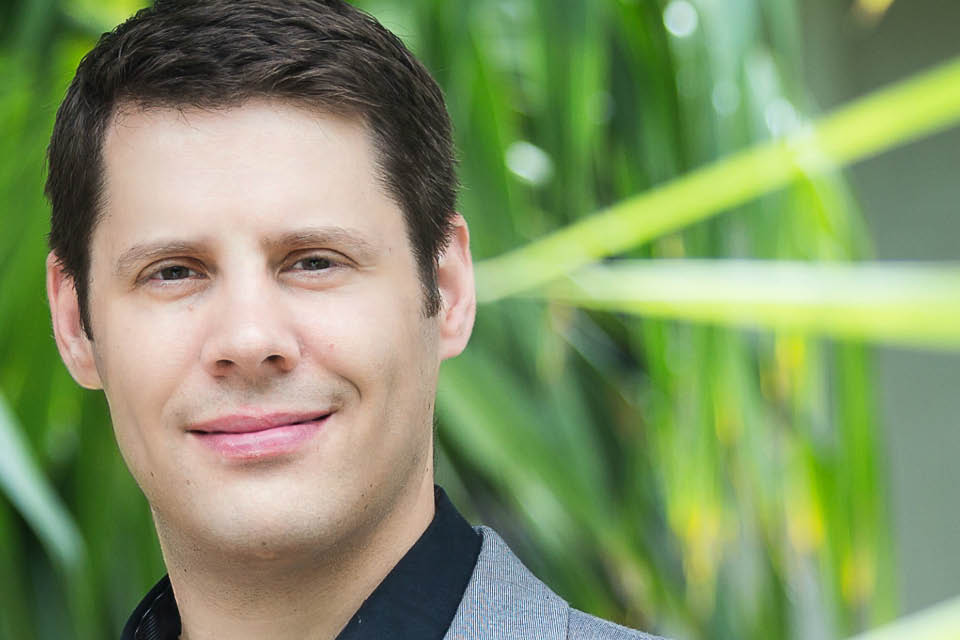 Dash comes to UNCSA from Naples (Fla.) Philharmonic, where he is assistant principal trumpet. Prior to that he toured the country as a soloist with the United States Marine Band. He has performed with Santa Fe Opera, including its recording of “Cold Mountain” for Pentatone, which was nominated for two Grammy Awards. He’s also performed on recordings for Naxos Records, Albany Records and Koch International. An active chamber musician, Dash has performed with the Naples (Fla.) Philharmonic Brass Quintet, the Bay Street Brassworks, the Echelon Brass Quintet, and Santa Fe Chamber Music Festival.

He received his Bachelor of Music from Rice University and his Master of Music from the Manhattan School of Music. Dash joins UNCSA as an assistant professor.

“David Dash brings diverse musical performance experience to our brass faculty,” Cole said. “His career has included performances in many genres, including pops, ballet, opera, baroque and masterworks. His experience as a recording artist is a tremendous asset in preparing musicians for professional careers.”

More about the faculty members

Vorobiev maintains a dynamic concert schedule, including a current project performing complete solo piano works by Ludwig van Beethoven. As a frequent recording artist with the Blue Griffin label, Vorobiev’s most recent productions include a double CD set with selected works by Franz Liszt and a double CD set of lesser known compositions by Beethoven. An acclaimed soloist, he is also an active chamber music player. Highlights include recordings of complete sonatas for violin and piano for the Naxos label. Vorobiev’s collaborations include performances with Zemlinsky String Quartet, violinist Rodney Friend and frequent appearances in duo-piano recitals with his wife, Polina Khatsko. A native of Moscow, Russia, he began his piano studies when he was five. He attended the School of Music and the Music College of the Moscow State Conservatory where he studied with Nina Levitzkaya and Victor Bunin.  In 1992, he was invited by Eric Larsen to study at the University of North Carolina School of the Arts, where he received his bachelor’s degree. Vorobiev completed his master’s degree at the Manhattan School of Music as a full scholarship student of Marc Silverman and winner of the Harold Bauer award. He earned his Doctor of Music Arts in piano performance from the University of Michigan School of Music, working with Arthur Greene. Currently, Vorobiev is an associate professor of piano at the University of Northern Iowa School of Music where he is also founder and artistic director of the Midwest International Piano Competition. He is in  constant demand as an adjudicator/piano faculty at the International Music Academy in Pilsen in Ann Arbor, Mich., and the Cambridge International String Academy in England. Vorobiev was also co-founder and artistic director of the Leipzig Summer Piano Institute in Germany, an intensive three-week course of piano lessons, master classes and seminars.

Jaren Atherholt is the principal oboist of the Louisiana Philharmonic Orchestra, a position she has held since 2007. Originally from Fairbanks, Alaska, she left home at the age of 16 to pursue oboe study at the Interlochen Arts Academy with Daniel Stolper. After graduating from Interlochen, she earned her bachelor's degree in music performance from the Cleveland Institute of Music, where she studied with John Mack, and a master's degree from the Shepherd School of Music at Rice University, where she studied with Robert Atherholt.

Atherholt spends her summers performing in the Grand Teton Music Festival in Jackson Hole, Wyo., and has participated in the Marlboro Music Festival, Aspen Music Festival, Verbier Festival Orchestra, Music Academy of the West, and Spoleto Festival USA. She previously served on the faculty of the John Mack Oboe Camp, Wintergreen Music Festival and the Vianden International Music School and Festival in Vianden, Luxembourg. This summer she will return to Interlochen, joining Linda Strommen and Elaine Douvas for her fourth summer as a member of the Interlochen Oboe Institute’s faculty.

An active chamber musician, Atherholt spent four summers performing in the Marlboro Music Festival. She has also has performed for the Grand Teton Music Festival Winter Chamber Series, A Far Cry, and is the founder and executive director of Lyrica Baroque, a chamber ensemble and nonprofit organization based in New Orleans.

David Dash is assistant principal trumpet of the Naples (Fla.) Philharmonic and was a member of “The President’s Own” United States Marine Band, where he performed as a soloist and toured much of the United States. In the summer, he performs with the Santa Fe Opera. Dash has also performed with the Baltimore, Atlanta, and San Francisco symphonies, the Florida Orchestra, and Sarasota Opera. In addition to “The President’s Own,” he has performed as a soloist with the Naples Philharmonic, Naples Orchestra and Chorus, Naples Concert Band, Bonita Springs (Fla.) Concert Band, Monmouth (N.J.) Symphony, and the Astoria (N.Y.) Symphony.

As a member of the Naples Philharmonic, Dash performed in a wide variety of genres, including pops, opera, ballet, baroque, educational concerts, and masterworks. While in "The President's Own" Marine Band, he performed "Taps" at the nationally broadcast PBS National Memorial Day Concert. He performed frequently at the White House and state functions.

As a chamber musician he performs regularly with his wife, Mary Bowden, a trumpet soloist and chamber musician. While in the Naples Philharmonic, he performed several annual recitals with the Naples Philharmonic Brass Quintet. He was a member of the Bay Street Brassworks and the Echelon Brass Quintet, and has performed with the Santa Fe Chamber Music Festival.

Dash received scholarships to the Orchestra Institute in Attergau, Austria, and the Norfolk Chamber Music Festival. He received his Bachelor of Music from Rice University and his Master of Music from the Manhattan School of Music. His teachers include Armando Ghitalla, Robert Sullivan, Mark Niehaus, Tim White, and James Hamlin.