Wesley Taylor, center, with members of the Drama Class of 2018. / Photo: Theo Sturz

Wesley Taylor (Drama ’08), who recently joined the cast of the Broadway premier of “SpongeBob SquarePants” as Sheldon J. Plankton, visited his alma mater this fall to speak with drama classes at University of North Carolina School of Arts.

Taylor has worked on Broadway, in television and has created original web content. He has experienced success on both coasts, and UNCSA fourth-year drama students were looking to him for some sage advice as they prepare for their senior showcases in Los Angeles and New York.

Signing with an agent

The discussion, facilitated by Taylor’s fellow 2008 School of Drama alumnus-turned-faculty member Quin Gordon, focused on the transition from student to working actor—and Taylor didn’t disappoint his audience. He confessed that for his UNCSA showcase, where you perform for agents and mangers, he performed a scene he actually co-wrote and lied about it.

“So you wrote yourself a great part?” Gordon laughed.

“Yes!” Taylor said. “I just felt like I had seen the same scenes over and over again, so I wrote my own. And the scene ended up being the pilot for my series on YouTube.”

The scene, co-written with classmate E.J. Cantu, became “The Audition” in his YouTube web series “Billy Green,” which is about a naive actor trying to break into New York’s acting world. 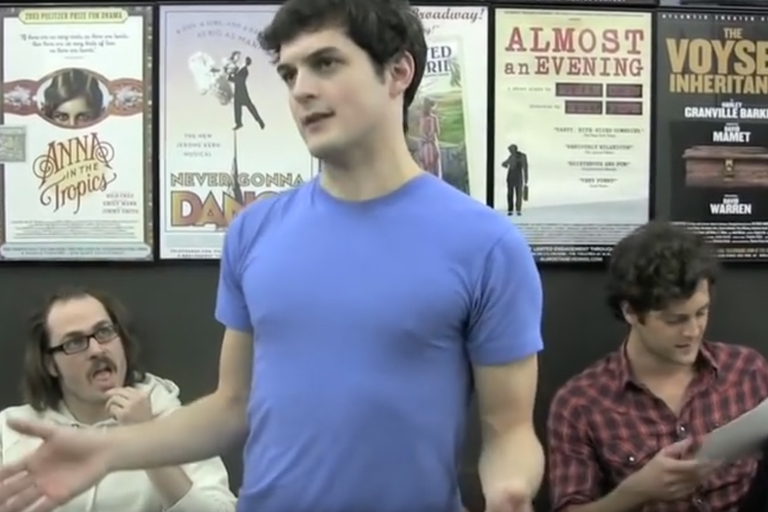 Wesley Taylor (center) stars in the YouTube web series "Billy Green," about an actor trying to make it in New York City.

In addition to his contrasting scene, Taylor sang 16 bars of Billy Joel’s “She’s Got a Way.” He got the idea for doing a pop song from his spring and summer break trips to New York to see shows.

“‘Spring Awakening’ was the toast of the town on Broadway in 2007. I graduated in 2008. So I knew that if I stuck my hands in my pockets and sang an angsty song that I would be considered as already part of the market in New York,” Taylor says.

He recommends acting students to be aware of what is on HBO, Showtime and Broadway so when they are presenting themselves to agents and managers, their work seems similar to what the market is currently seeking.

Getting employed as quickly as possible

Having done musical theater before college, Taylor said he specifically chose to apply to UNCSA because of the strength of its acting conservatory training program. However, when he signed with an agent upon graduation he asked the agency to submit him for any and all musicals.

“I told them, ‘Put me in coach. Put me in for musicals—even though I went to school for drama, because I want to do everything! I also really want to be employed as fast as possible,” he said.

Taylor was soon cast in the national tour of “Grease” and was excited to pay off his student debts by being employed for a year on the tour. Then he read the script for a little show Off-Broadway called “Rock of Ages.” He auditioned for the role of Franz, got the part and his agents told him to stay in New York and do “Rock of Ages” instead of touring.

“I read the script and thought, ‘Oh this is going to close in a week,’” Taylor recalls. “My agents said that even if it does close in a week, you would have been seen by more people in this industry in that one week in New York than in your entire year on tour. I still wasn’t convinced, so I called the faculty here (at UNCSA) and they said, ‘Stay in New York.’”

My agents said even if ("Rock of Ages") does close in a week, you would have been seen by more people in this industry in that one week in New York than in your entire year on tour. I still wasn’t convinced, so I called the faculty here (at UNCSA) and they said, ‘Stay in New York.’

The show received great reviews and moved to Broadway, putting Taylor on Broadway just six months after graduation. He also won a Theatre World Award for Outstanding Broadway Debut and was nominated for an Outer Critics Circle for Best Featured Actor for his work in “Rock of Ages.”

“The faculty came up to see me in it and I was almost embarrassed because I had just done ‘As You Like It’ and here I was in this bubblegum, ’80s rock musical,” Taylor recalls. “I thought my teachers wouldn’t be proud of me. But Gerald (Freedman) said afterwards, ‘What is your problem? This is the training. Comedy technique was part of your training.’ I was just so shocked that my faculty at UNCSA would appreciate the artistry of ‘Rock of Ages.’”

Taking the next career step

Taylor’s second major role on Broadway was as Lucas Beineke in the musical “The Addams Family.” Being on Broadway meant also having down time and doing the same show repeatedly, which Taylor said led to boredom. Needing to have creative stimulation, he made a shift in his career: writing and creating web content.

“Whenever I would get bored in ‘Rock,’ ‘Addams Family’ or (NBC’s) ‘Smash’ is when I’d start writing,” Taylor said.

Starting with a few Broadway behind-the-scene videos of “Rock of Ages” that grew in popularity with the support of the play’s existing fan base, he began to write more narrative sketches and created several multipart web series. He co-created, wrote and starred in the webseries “It Could Be Worse,” which was sold to Hulu. 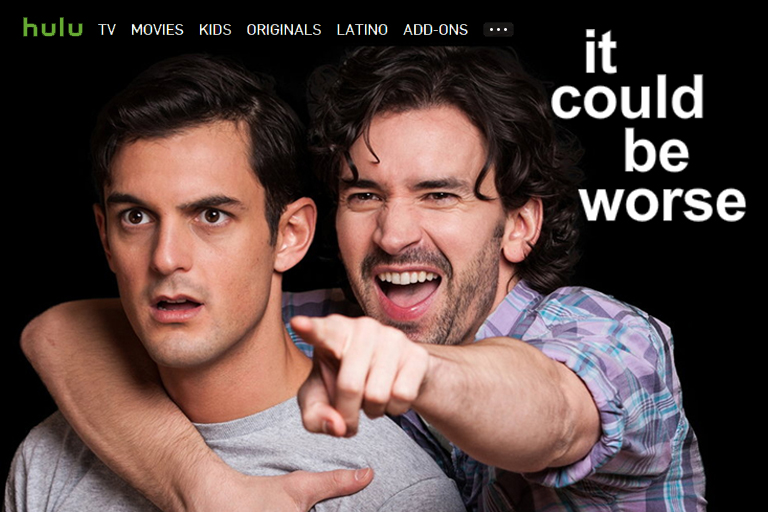 Hulu purchased the original web series co-created, written and starring Mitchell Jarvis and Wesley Taylor. The show can now be found on itcouldbeworse.tv or on Vimeo.

“My hobby suddenly became a supplement for me financially,” he said. “When my work would slow down, I was still able to support myself with my writing, which I never would have imagined.”

In 2013 when one of Taylor’s television gigs ended, he thought his next Broadway or TV show was just around the corner.

“I realized I had been getting a consecutive pay check for five years, which is not the norm,” Taylor said. “Now my life is more like a normal actor path.”

Back on Broadway for “SpongeBob SquarePants” with another UNCSA alumnus Allan K. Washington (Drama ’13), Taylor’s a bit wiser and had these words for future actors:

“Save your money,” he told students. “During ‘Addams Family’ I was living by myself in Central Park West like an idiot who thinks he will be on Broadway forever. Get a roommate.”

in print and excited about it