What does it mean to be married? That is the question posed by Stephen Sondheim’s Tony Award-winning musical “Company,” on stage at the University of North Carolina School of the Arts for seven performances this November. Gus Kaikkonen, who led UNCSA’s 2015 hit production of “Guys and Dolls,” returns to direct the senior Drama students.

This year’s benefit for the Larry Leon Hamlin and Sylvia Sprinkle Hamlin / Urban League Endowed Scholarship, which supports talented artists of color in UNCSA’s School of Drama and School of Design and Production, coincides with the opening night of “Company” on Thursday, Nov. 9. Tickets for the performance and 5:30 p.m. reception on the 4th floor of the UNCSA library are $100, and are available through the Advancement Office at 336-770-3332 or dejesusc@uncsa.edu. General admission tickets are also available that evening for the performance only. 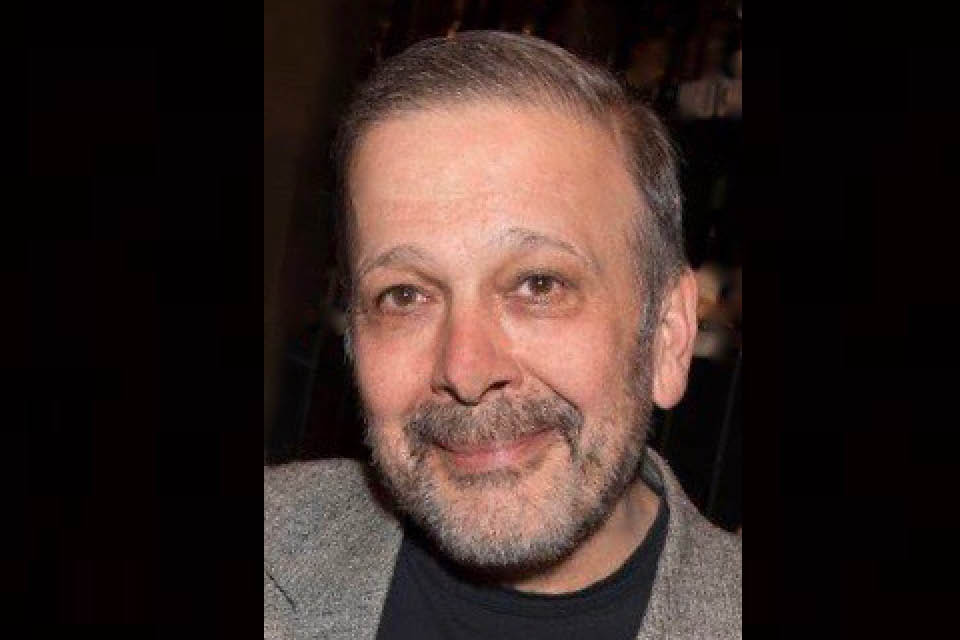 Winner of Best Musical at the 1971 Tony Awards, “Company” is centered around Bobby, a proverbial bachelor whose closest friends are five quirky couples.

“Bobby is voluntarily and enthusiastically the third wheel, which is why these couple love him,” describes Dylan Bougis, who is playing Bobby. “He’s always willing to be there for his friends. He helps them take care of their children. He helps them with marital problems. He perpetually helps his friends live their lives.”

Framed by Bobby’s 35th birthday celebration, the dark-comedy musical is a collection of vignettes. Collectively, the stories paint a picture of Bobby’s relationship with each couple as well as with the three women he’s been dating.

“The play has become famous for not having a traditional plot,” says guest director Gus Kaikkonen. “It was originally developed from a series of one-act plays written by George Furth,” so character development rather than a strict storyline drives the production forward.

“The musical investigates marriage, friendship, and dating through the eyes of a single man with a lot of married friends,” Kaikkonen explains. "It keeps asking what do you get out of being married? Why do men and women give up their freedom and tie themselves to one person?”

It’s one of those roles that quite quickly consumes you. You try to get a handle on it when you’re first reading it, but before you know it, you’re being swung and carried and zoomed all over the stage by choreography and songs. It’s a wild ride of a part.

Although the musical was originally written to take place in the 1970s, UNCSA’s production is set in New York City in the recent past – post 2000.

“The script and score have evolved through the years,” says Kaikkonen. “The version you’ll see on stage is somewhat different from the original, and I believe it works much better. With the exception of a few dated phrases, everything in this play feels as current as could be.”

“Company” is what Kaikkonen calls an ensemble piece, with fourteen significant roles as well as numerous musical numbers featuring the entire cast. Bobby is the one role with prominence and remains on the stage for almost the entire production.

“It’s one of those roles that quite quickly consumes you,” says Bougis. “You try to get a handle on it when you’re first reading it, but before you know it, you’re being swung and carried and zoomed all over the stage by choreography and songs. It’s a wild ride of a part.”

“[The role of Bobby] drags you along whether you’re ready or not,” Bougis continues. You’re forced to jump on the train that is ‘Company,’ and you better hang on. Is there any better way to embody a character than that?”

Guest artist Steven Freeman is music director for “Company.” He will conduct a 12-piece orchestra of students and alumni of the School of Music, along with local professional musicians. In Nov. 2015 he was musical director for UNCSA’s acclaimed production of “The Drowsy Chaperone.”

Gus Kaikkonen previously directed UNCSA’s “Guys and Dolls” at the Stevens Center in 2015, and Shakespeare’s “The Winter’s Tale” in Catawba Theatre in 2014. This summer marked his 22nd season as artistic director of the Peterborough Players, New Hampshire’s 84-year-old award-winning summer repertory theater. In November, he will direct the New York revival of Stanley Houghton’s “Hindle Wakes,” opening at the Clurman Theater in January 2018.

Last season he appeared off Broadway as William Gregson in the Mint Theater’s premiere production of “A Day by the Sea.” He also translated and directed Berlioz’s “Lelio” for the New Jersey Symphony Orchestra at New Jersey Performing Arts Center.

Other recent directing credits include his own new translations of two plays by Jules Romains, “Donogoo” and “Dr. Knock,” both off Broadway. His staging of A. M. Dolan’s “This Verse Business,” starring Gordon Clapp, was selected the Best Production of Manhattan’s United Solo Festival.

His original plays have been produced off Broadway at the New York Musical Theatre Festival, Playwrights Horizons, and the Production Company, at regional theatres across the country, in the United Kingdom at London’s New End Theatre and the Theatre Museum, and at Alan Ayckbourn’s Stephen Joseph Theatre in Scarborough. He made his own Broadway acting debut in the original cast of “Equus.”

Kaikkonen has worked as a visiting artist at Juilliard, New Yrok University, Queens College, University of Houston, Hofstra, Ohio State, and Connecticut College. On television, he co-starred in PBS’s “Paul’s Case” with Eric Roberts, appeared on “Law & Order SVU” and “Criminal Intent,” and had continuing roles on ABC’s “All My Children” and “One Life to Live.”

About the Hamlin Scholarship Fund

Established in 2008, the Hamlin Scholarship successfully reached its fundraising goal of $300,000 this summer, thanks to the leadership of committee co-chairs Mary and Andrew Perkins.