Whether he is playing the guitar or speedskating, Winston-Salem native Kimani Griffin is driven to excel. Griffin, who studied classical guitar in high school at the University of North Carolina School of the Arts, will take to the ice this month as a member of the U.S. Men’s Olympic Speedskating team.

Griffin, who once performed classical guitar at Carnegie Hall for NPR’s “From the Top,” says both music and skating require dedication, discipline and sacrifice. “Any route you take, music or sports, to compete at a high level you have to decide how much you are willing to sacrifice in other areas of your life.” 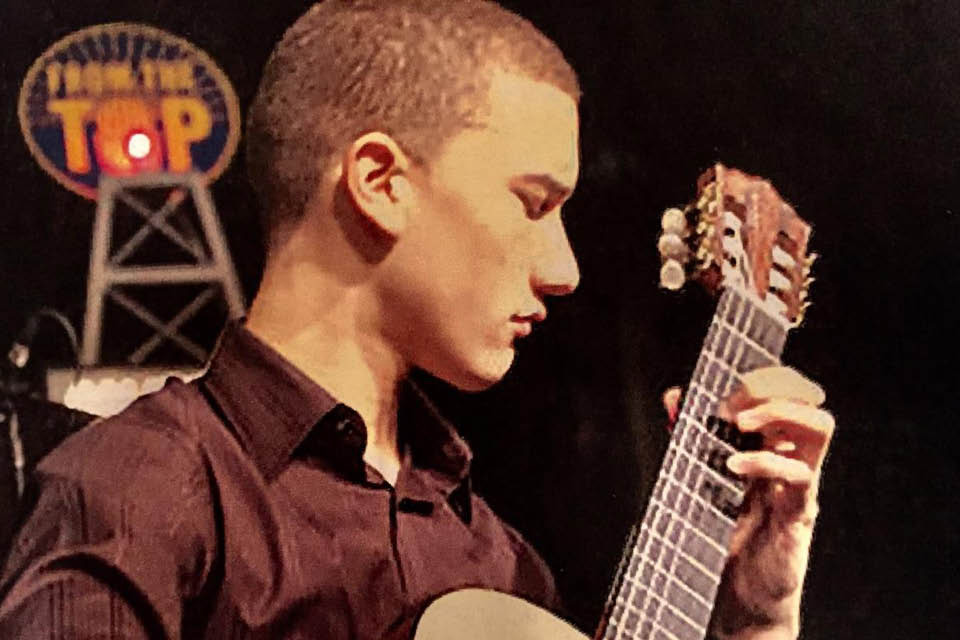 Griffin performed at Carnegie Hall in 2007.

For now, Griffin’s sacrifice has been the guitar, but he says that probably won’t be permanent. “Guitar has been on the backburner for quite some time, but I will pick it up again, I’m sure,” he said recently from Salt Lake City, Utah, where he now lives and trains.

Griffin began playing the guitar and skating at about the same time: age six or seven. “I was asked what do I want for Christmas, a guitar or drums,” he says. “I chose the guitar. I took lessons and stuck with it. I got better and better.”

He also recalls going to a skating party in the first grade. “That was the first time I remember skating, or seeing anyone skate,” he says, recalling the local skating team was practicing at the rink. “I thought ‘this is so cool.’ I wanted to go fast right away,” he says.

He soon graduated from using rental inline skates to purchasing a pair at a pawn shop. His next pair cost $300. “It snowballed over the years,” he says, adding he started cross training on the ice during his teenage years.

Any route you take, music or sports, to compete at a high level you have to decide how much you are willing to sacrifice in other areas of your life.

After high school, Griffin attended Columbus State University in Georgia on a full music scholarship, but felt the pull of the ice. “I really missed skating. I missed pushing my limits,” he says.

In 2010, he watched his friend, Heather Richardson of High Point, compete in the Vancouver Olympic Games. “I’ve known her since I was nine,” he says. “Watching her, I knew I wanted to skate in the Olympics.”

Richardson, who now goes by Richardson Bergsma, will compete again this year. 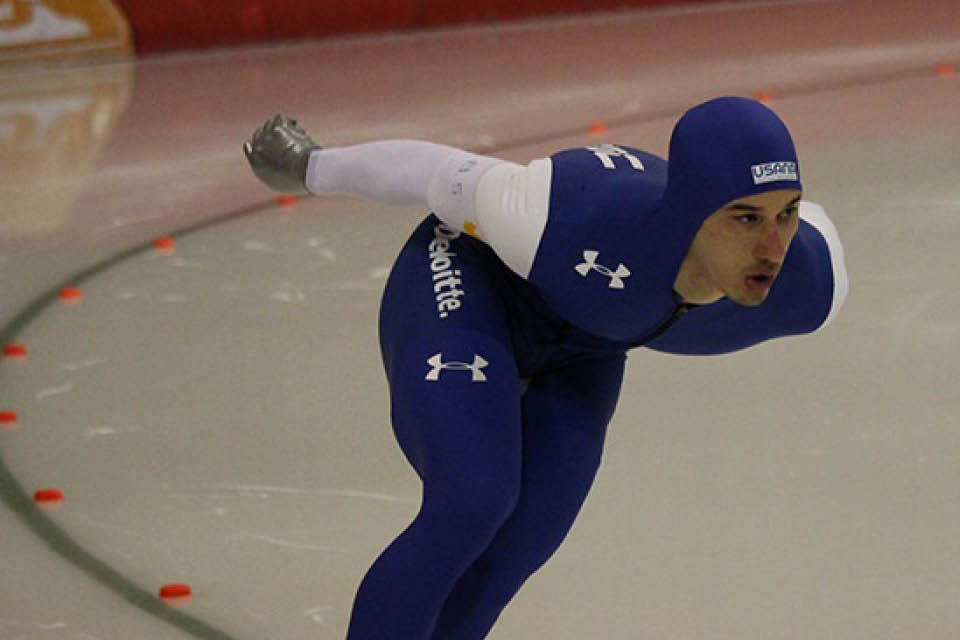 Griffin will compete in the 2018 Winter Olympics.

On Jan. 5, Griffin finished third in the men’s 500 meters during the U.S. Olympic long track trials in Milwaukee, landing him a spot on the American eight-man speedskating team.

Competition begins Saturday, Feb. 10, with Griffin slated to participate in the 500-meter race on Feb. 18. Olympic coverage will be broadcast on NBC.

Griffin, who is 27, is the son of Pam Griffin, who recently retired after teaching in the Visual Arts Program of the School of Design and Production at UNCSA for many years.