Three voice students at the University of North Carolina School of the Arts won honors at the recent N.C. District Auditions of the Metropolitan Opera National Council (MONC).

One of the three, Mezzo-Soprano Kathleen Felty, a Fellow at the A.J. Fletcher Opera Institute at UNCSA, will proceed to the Southeast Region Auditions in Atlanta on Feb. 11. Felty, who also won at the N.C. District level last year, won $1,200. 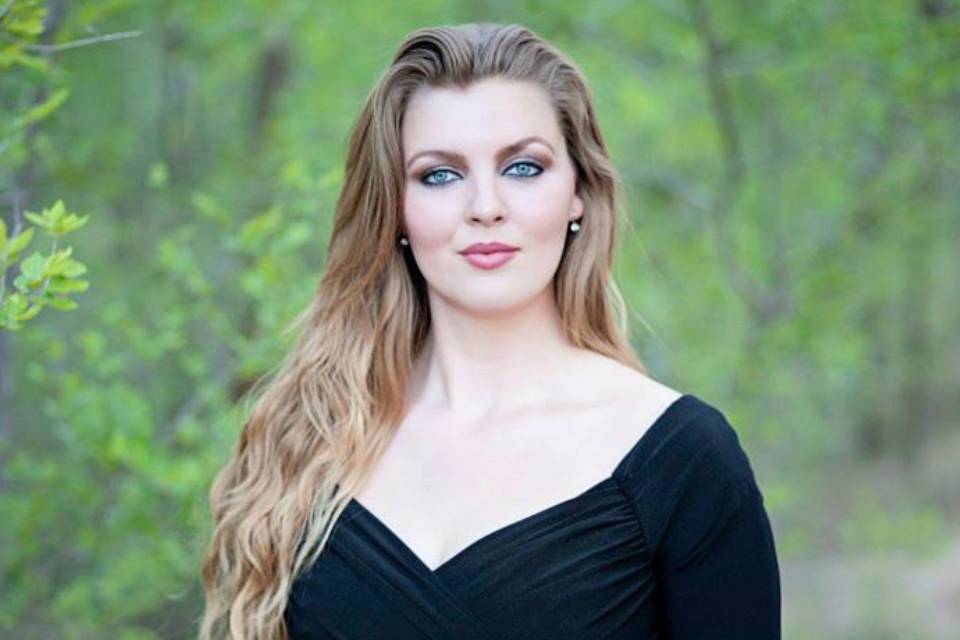 All three students will perform in the Fletcher Opera Institute’s upcoming production of Gioachino Rossini’s comic “La Cenerentola, ossia La Bontá in trionfo,” which opens Friday, Feb. 2, and plays Feb. 4 and 6, at the Stevens Center at 405 W. Fourth St. Felty will perform the lead role of Angelina. Farrar will perform as Clorinda. Boone will perform in the Chorus. 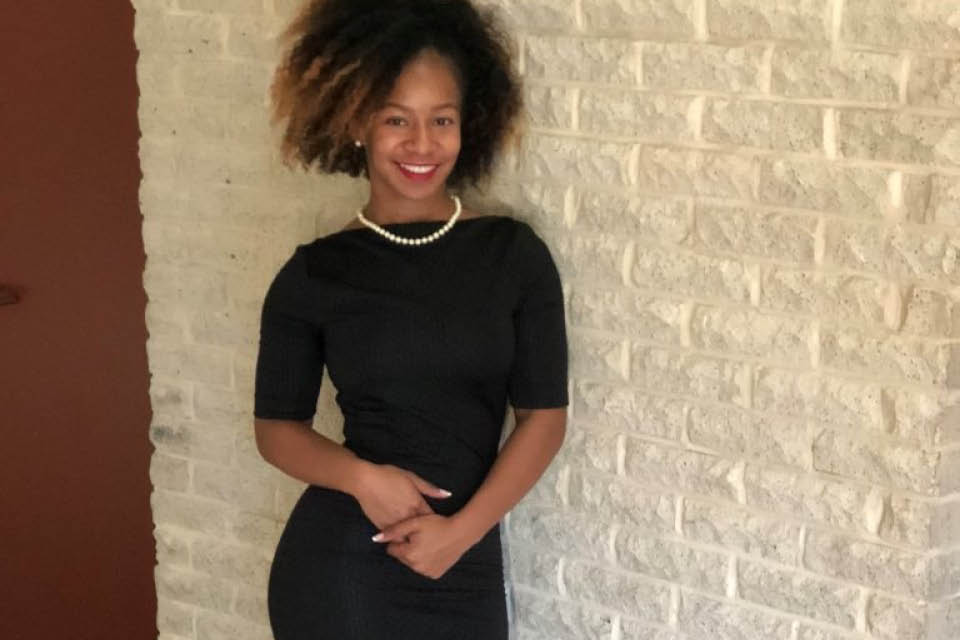 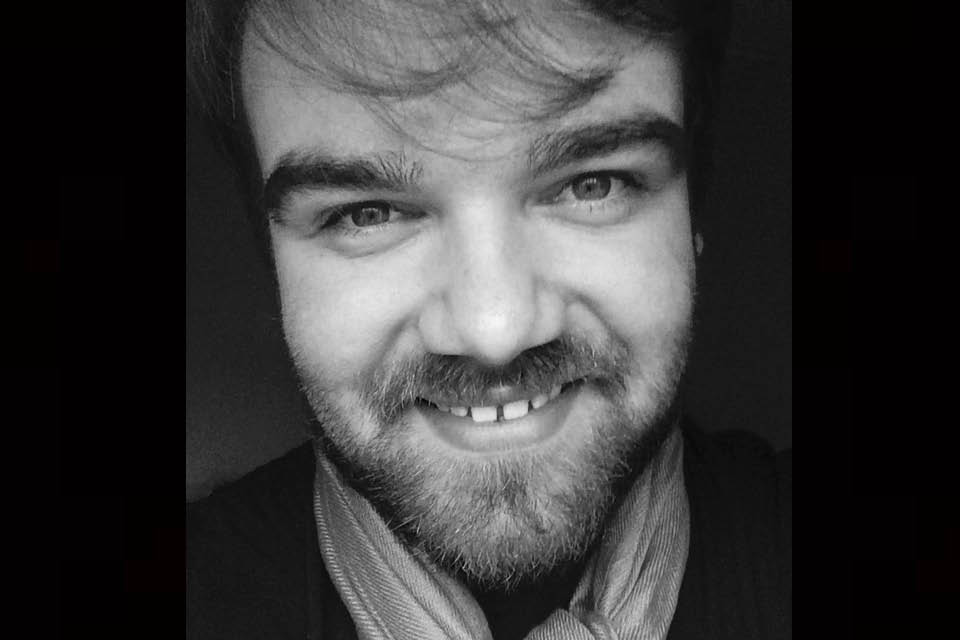 The N.C. District Auditions took place at Queens University in Charlotte on Jan. 20. Others equal winners, in addition to Felty, were tenor Josh Lovell and sopranos Jordan Stadvec and Shelley Marie Mihm.

Kathleen Felty, Mezzo-Soprano, is a Fellow with the A.J. Fletcher Opera Institute at UNCSA, pursuing a Master of Music in Vocal Performance. In subsequent Fletcher Opera productions this year, she will be featured as Dinah in “Trouble in Tahiti” and Geneviève in “Impressions de Pelléas.”

In January 2016, Felty competed in the Metropolitan Opera National Council Auditions, where she was awarded New Mexico District Winner and won second place in the Rocky Mountain Regional Finals. In January 2017, she was awarded North Carolina District Winner. She received the 2017 Encouragement Award from the Heafner-Williams vocal competition and was named a 2017 fellow in the Ravinia-Steans Music Institute Program for Singers.

Felty performed the roles of the Composer in the Fletcher Opera Institute’s production of "Ariadne auf Naxos" in April 2017, Paula in Fletcher’s production of “Florencia en el Amazonas” in 2017, and the Zia Principessa in Texas Tech Opera’s production of “Suor Angelica” in 2014. She has performed scenes from “Gianni Schicchi,” “Le nozze di Figaro,” “Norma” and “La Cenerentola.” Her solo concert work includes Handel’s “Messiah,” Duruflé’s “Requiem,” and Beethoven’s “Choral Fantasy.”

Felty is an alumna of Texas Tech University, where she received a Bachelor of Business Administration in Marketing and a Bachelor of Music in Vocal Performance.

Soprano Anyeé Farrar is currently a student at the University of North Carolina School of the Arts (UNCSA). She will receive a bachelor’s degree in music with a concentration in vocal performance in May 2018. During 2010-2014, she attended and graduated from the Governor’s School for the Arts in Norfolk, Va., and Landstown High School in Virginia Beach. In 2014, she began her studies at UNCSA.

Farrar has performed a great deal of solo repertoire in opera, oratorio and concert. Last season, she sang Naiad with the Fletcher Opera’s “Ariadne auf Naxos.” At UNCSA and elsewhere, she has performed the roles of Silberklang in “Die Schauspieldirektor,” Belinda in “Dido and Aeneas,” Monica in “The Medium,” Carmen Ghia in “The Stoned Guests,” Despina in “Cosi fan Tutte,” Gretel in “Hansel und Gretel” and The Spirit of Mercury in “Dido and Aeneas.” She has tackled many roles in opera scenes such as Anna Bolena in “Anna Bolena,” Pamina in “Die Zauberflöte,” Sophie in “Der Rosenkavalier” Madame Herz in “Der Schauspieldirektor,” Frasquita in “Carmen,” Susanna in “Le Nozze di Figaro” and Sandman in “Hansel und Gretel.”

Farrar has studied with Shelly Milam-Ratliff at the Governor’s School for the Arts in Norfolk; Wendy Waller in the Istia-Vox Studio di Bel Canto young artist program in Weimar, Germany; and Martile Rowland in the Vocal Arts Festival in Colorado Springs. She has been directed and conducted by Alan Fischer, Steven LaCosse, James Allbritten, Aurelien Eulert, David Effron and Antony Walker.

Taylor Mason Boone is establishing himself as a marketable countertenor in the music scene. Boone has been described as having a “fine and finished voice” by Classical Voice of North Carolina.

Since 2015, Boone has performed in the opera chorus for various productions at Piedmont Opera under the baton of Maestro James Allbritten. In 2017, he made an appearance on the stage as the Second French Soldier in Piedmont Opera’s production of “Silent Night.” Not long after, Boone was invited by Maestro Allbritten to sing as the Alto Soloist for The Winston Salem Mozart Club’s annual performance of Handel’s "Messiah."

Prior to his transition to countertenor, Boone studied as a high lyric tenor. In 2016, he had the opportunity to sing the roles of Vezinet and Achille di Rosalba in Nino Rota’s “Il cappello di paglia di Firenze” with the A.J. Fletcher Opera Institute at UNCSA and Don Octave in P.D.Q. Bach’s “The Stoned Guest.”

At the age of 15, Boone received a Student Artist Encouragement Award after singing for a master class with Maestro Peter Mark and Joe Walsh in Norfolk, Va. This award led to his first professional contract with the Lyric Opera of Virginia, where he was the youngest member of the opera chorus during their opening production of Giuseppe Verdi’s “La Traviata.” He currently holds a position as the Alto Section Leader and Alto Soloist at St. Paul’s Episcopal Church in Winston Salem, under the direction of Dr. John Cummins. He is completing his bachelor’s degree at UNCSA.