“Conservatory training as embodied at UNCSA presents a wide and complex curriculum, one that equips an actor with many different types of skills to be able to compete in the profession,” says School of Drama faculty member Bob Francesconi. Francesconi, who will retire at the end of the school year, has taught at UNCSA for 40 years. Though the campus has physically changed from when he first arrived, he says that the philosophy of the School of Drama remains consistent and rooted in the classical, comprehensive craft of acting.

Now more than ever, actors need to prepare themselves to become their best, Francesconi says. “We’re training people to be professionals in a business in which there is very little work in the traditional manner,” he says. UNCSA teaches entrepreneurial skills, such as encouraging students to create and own their own work. But ultimately, training comes back to learning the fundamentals of the actor training process.

The right fit for intensive training

First things first: Not everyone is suited for conservatory-style training, Francesconi says, and it’s not a typical college experience. “It takes a person who is really disciplined and focused to do well in this program,” says Francesconi. But, if it’s the right fit for a student, it can prepare him or her to be skilled, versatile and ready to enter the industry. 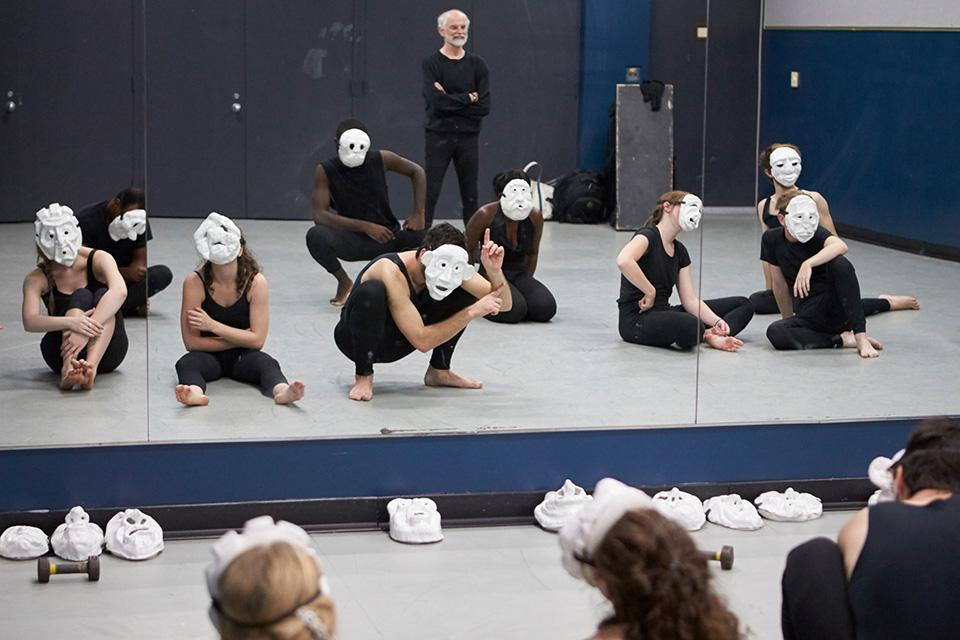 Francesconi, pictured in the background, teaches acting and movement in the School of Drama.

“An actor must be able to move well, to speak well and above all, to be able to interpret a text,” Francesconi says. And while some people can learn elements of this through a traditional liberal arts curriculum, the conservatory experience equips students with the most robust set of tools to create their art.

Extensive offerings through a conservatory education

The UNCSA School of Drama is both similar and different than other conservatory experiences, Francesconi says. It’s similar in that it offers classes in three major components of actor training: Movement, Voice and Speech and Acting. It is set apart from others because of the extensive class offerings.

In their first year, drama students are exposed to possibilities, Francesconi says. “We help them understand who they are as people and become aware of their strengths and weaknesses. Too many people think acting is ‘pretend’—I don’t think it is that. A successful actor works from who he or she is and brings that into the work,” he says.

Too many people think acting is ‘pretend’—I don’t think it is that. A successful actor works from who he or she is and brings that into the work.

During the second year, students learn about additional elements of their craft. The third year is a performance year in which the students are introduced to the audience. The fourth and final year involves introducing students to the profession, as they meet with many casting directors, agents and other industry professionals who visit campus.

“The other thing that is unusual here at UNSCA is that we have a very strong faculty who teach these classes, each of them are specialists in their particular field,” Francesconi says.

Francesconi himself is a master teacher of creative drama, improvisation, mime, mask and clowning, having taught master classes in mask and movement around the world. And his work is beloved by alumni. Tony and Golden Globe Award-winning actress and Drama program alumna Mary-Louise Parker dedicated a chapter in her memoir, “Dear Mr. You,” to Francesconi.

Francesconi will bring his leadership to a final performance this April as he directs fourth-year students in the Tony-winning “Peter and the Starcatcher,” the prequel to Peter Pan. “Although everyone will recognize the story, it’s really a coming of age story, done in a stylistic, story theater kind of way,’” he says.

As he prepares for the final performance, he says he is proud of four decades of actors who have graduated from UNSCA’s Drama School. “When you look to our graduates you see people who have gone on to successful acting careers, but also those who have found success in other professions. Some remain in the arts as directors or writers. Others take a totally different path—we have many doctors and lawyers who were educated here. No matter what they go on to do, they learn self-discipline, and they learn how to be creators.”

Benefit from a conservatory education.