"Laurel" or "Yanny": A sound expert closes the case

It’s the black and blue (or gold and white) dress phenomenon all over again, except this time it’s a test for your ears, not your eyes. What started as a post on social news site Reddit has made its way around social media and into the mainstream media, perplexing even the TODAY Show news anchors. Watch the video clip below: “Laurel” or “Yanny”—what do you hear? 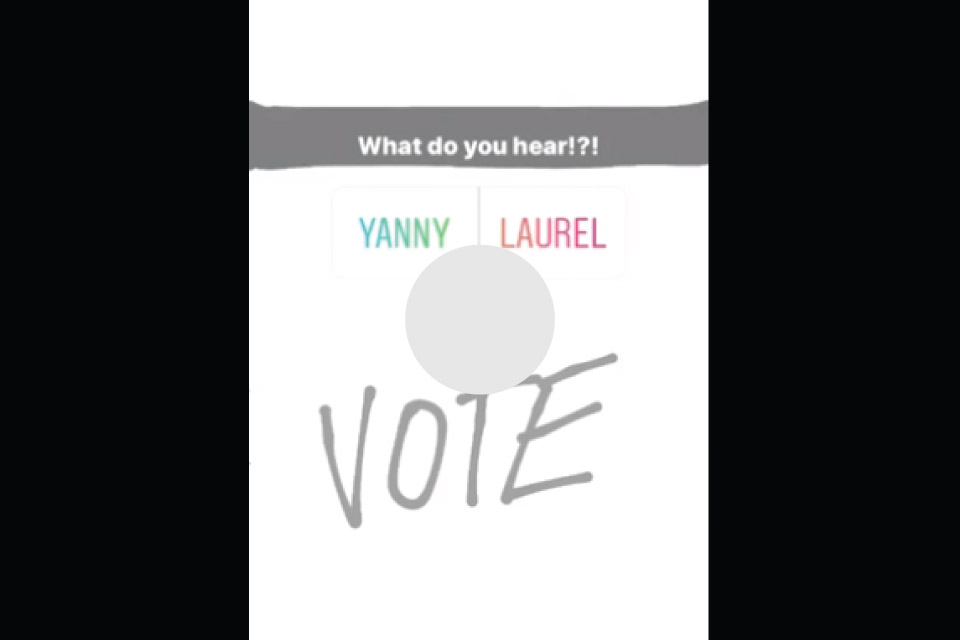 We stopped by the office of UNCSA Sound Design professor Jason Romney, who broke down the recording for us and shed some light on the phenomenon that’s taking the internet by storm.

The viral recording has now been shared and re-shared thousands of times in a variety of formats. Each time the file is altered, it lessens in quality—making a clear distinction between “laurel” and “yanny” that much more difficult to recognize.

Filling in the gaps

“Our brain is really good at filling in gaps, and it does so based on previous experience,” explains Romney. He likens it to hearing a live performance:

If you’ve ever heard a clarinet in person, you remember that sound. Later, you may hear a poorly encoded recording of a clarinet. You already know what a clarinet sounds like from hearing it live before, so you have enough clues based on your past experience to be able to hear a similar sound.

In short, human hearing is nonlinear and we are more likely to hear things that we’re already familiar with. Romney explains this concept in depth in the text book he co-authored.

“It probably wouldn’t have worked as well if the words hadn’t been written for you,” says Romney. “In the original video, you see two words—and they’re in different colors. So whatever your predisposition is to color could help you to make a decision before you even hear the recording.”

Romney played the recording for his wife and son without giving them the two word choices in advance. His son heard “laurel,” but his wife heard another word entirely: “jerry.”

“We see this in theatre a lot,” adds Romney. Rain is a common effect for sound engineers working in theatre to create.

“We could go outside and record it raining right now, but without context if you played that clip on a sunny day it would sound to most people like bacon frying,” explains Romney.

“In a production, we have to give a visual cue or a sound of thunder before to help the audience to interpret it as rain.”

The file started with only one word, says Romney, debunking the theory that it is two words recorded over top of one another. But one word heard at different octaves makes a huge difference. Insert the speech banana: 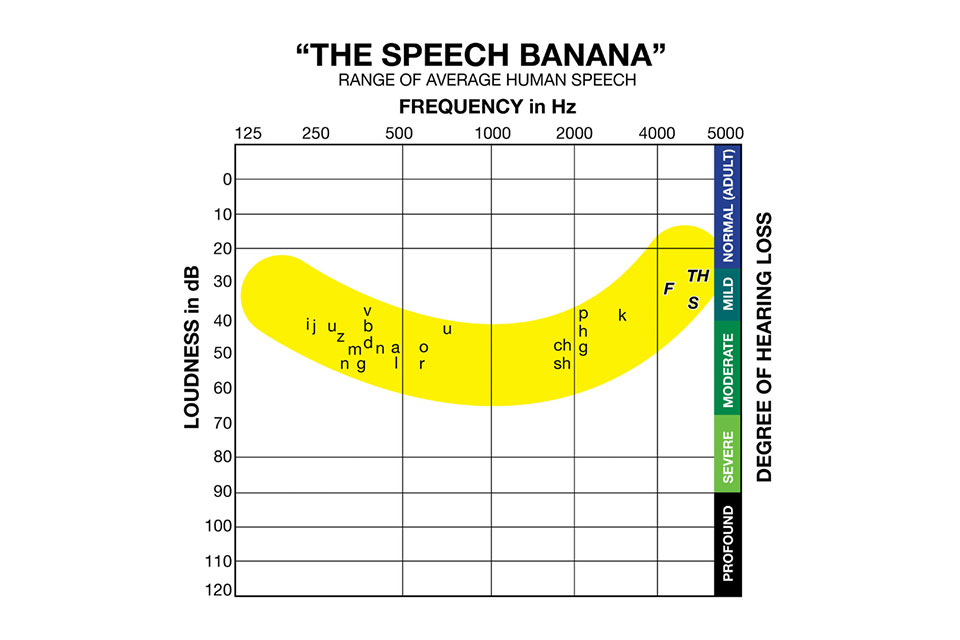 The Speech Banana, courtesy of clearvaluehearing.com

The speech banana helps to explain where the sounds used in everyday human speech occur on an audiogram. The pitch of these two words is very different. The “l” in “Laurel” is around 500 hz and the “y” in “Yanny” is on the diagram closer to 250 hz. There’s also an entire octave difference between the “r” sound in “Laurel” and the “n” sound in “Yanny.”

Romney took an original recording and shifted the pitch up a half octave, then down a half octave. Click to play below. Can you hear the difference?

One word to rule them all

As your brain fills in the gaps left by compressing the sound, you may lean more towards a lower or higher pitch based on your predisposition to particular sounds. Chances are, if you have a dog named “Yanny,” you’re never going to hear “Laurel” on this recording.

However, Romney suspects that “Laurel” is indeed the intended word, used in the original recording. It’s all a matter of opinion and previous life experience, though. Case closed until the next internet phenomenon arrives.