When it comes to acting, there are no shortcuts. Janine Hawley, associate professor of voice in the School of Drama and director of Acting Out!, UNCSA’s community actor training program, shares these acting tips for beginners, but warns there are no substitutes for hard work and dedication to the craft.

Drawing from her experience instructing actors at all levels, from beginners to seasoned professionals, she shares acting tips and her own guidelines for success—for acting, auditions and life in general.

It may seem obvious, but Hawley says the best place to start is an acting class with a knowledgeable instructor. “Take skills classes that will focus on developing sound acting technique and a progressive process,” she says.

Don’t underestimate the value of learning and practicing technique, either. “Knowing the craft and how to use the tools that make up the craft will set the actor free to use his or her imagination when creating a character truthfully.”

2. Know what your character wants.

If you want to play a role successfully, you need to get to know your character, Hawley says.

“An actor first and foremost needs to know how to play an objective—an objective being what a character wants,” Hawley says. “After establishing a clear objective, consider what the character needs to do to get what they want. What the character is doing is of the utmost importance. Clues to that can be found in the text, but will rely on the actor’s imagination as well.”

“Since most young actors will work on scenes or monologues, it is very important to read the text of the entire play from which a scene or monologue comes several times,” she says. “Look up words, expressions, people and situations that are unfamiliar and research the world of the play—historical setting, time period, location—so that you can embody it.”

Since most young actors will work on scenes or monologues, it is very important to read the text of the entire play from which a scene or monologue comes several times. Look up words, expressions, people and situations that are unfamiliar and research the world of the play—historical setting, time period, location—so that you can embody it.

“When there are details not given in the script, create a backstory to fill in the missing pieces. An actor must confirm the given circumstances from the playwright first, then build on that. There are frequently facts within the givens, and there may also be implied things that need to be considered when building a role.”

In acting, your body is your instrument. Develop skills that help you fine-tune that instrument.

“Voice work is imperative for an actor,” Hawley says, “so that the instrument is developed in a healthy way and is connected to the core.” “Movement skills are also very important,” she adds, “as the entire body is really the actor’s instrument. Knowing how to use the physical being to support characteristics of a role will enhance the truthfulness of the character.”

“Being able to sing, dance, juggle, do stage combat, etc. can all help the hireability of an actor, and are skills that should be studied. Really, any skill can be applied to acting if done well!” 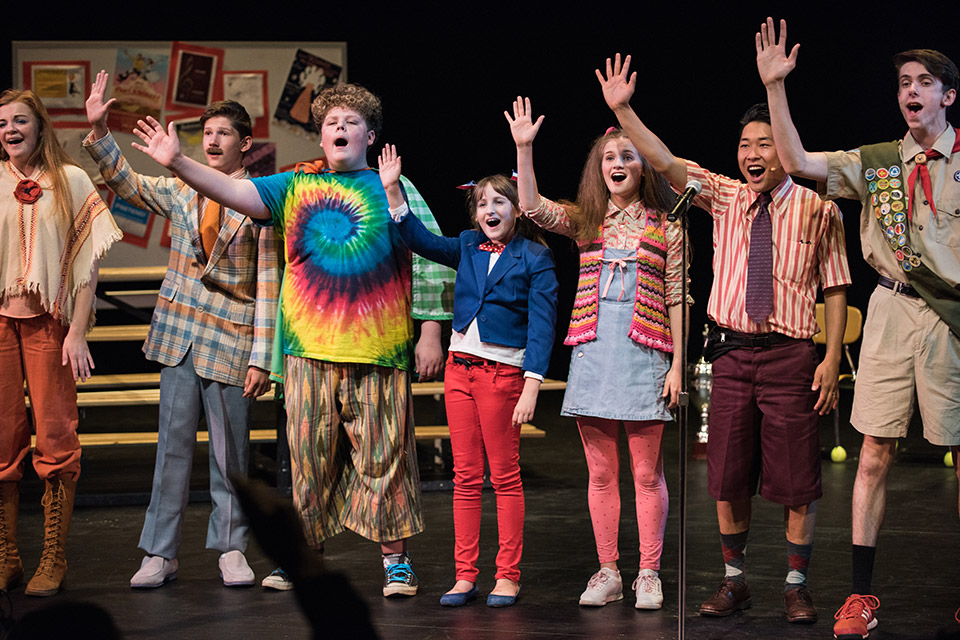 5. Do what makes you happy.

When actors are not acting, Hawley says they should be spending their free time doing what makes them happy. “Experience life, travel, explore, discover. Life experiences are invaluable to draw upon for character study, but also shape a well-rounded human being.”

6. Be the best version of yourself.

When it comes to auditions (and professional interactions in general), Hawley stresses to always put your best foot forward.

“Present the most likable version of yourself,” she says. “Make sure that the auditioners see who the person is, not solely what he or she can do. As strange as it may seem, if an actor can get the people in the room to like them as a person, they will forgive the actor for wanting something from them—a job, a role, a spot in college.”

“I know that when I am behind the table, I appreciate auditionees who show that they have a sense of humor and love what they do. It is important to be personable, professional and polite because the auditioners want to know if the actor will be a positive person to work with… and they truly want them to succeed.”

7. Be dedicated, disciplined and curious.

“Dedicating time to the craft is so important,” Hawley says. “Practicing for no less than an hour each day can develop discipline and focus. Craft is the hardest thing to master. There are few actual ‘instant’ actors. It generally takes a great deal of time and practice to hone one’s skills.”

That time and dedication can take many forms, she adds. “Find other actors and read plays with them. Do scene work, write, hang out with designers and artists, be creative with like-minded people. Never stop being curious about the world and the work and how they inhabit each other.”

It’s becoming increasingly vital to create your own artistic opportunities and be involved in your community, Hawley offers as her final acting tip.

“In this era of theatre, it is becoming more and more important for actors to be able to create their own work,” she says. “Entrepreneurship is an important skill in order to market oneself. We are our own product and have to be able to ‘sell’ that product, as gauche as that may sound.”

“I am also a proponent of using art to make the world a better place and I encourage our students to seek out opportunities to be artists as citizens of their communities.”