“MASS: A Theatre Piece for Singers, Players and Dancers” is Leonard Bernstein’s most monumental and controversial work, and on Sept. 29 and 30, UNCSA is bringing it to life on the Stevens Center stage in honor of the 100th anniversary of the conductor’s birth.

Its name and structure are taken directly from the central ritual of the Catholic Church, and yet, at its heart, “MASS” is not exactly a piece about religion. It was written in part as a reflection of the contemporary political climate of the early 1970s. And yet, it’s not really a piece about politics, either.

Although not as controversial now as at its 1971 debut, the piece is no less demanding of its performers or its audience. “The scope of ‘MASS,’ artistically, is beyond categorization,” says Brian Cole, Dean of the School of Music. “It’s equal parts classical symphony, storytelling theatre and rock concert.”

And, he adds, its message is as timely as ever. “It’s about what happens when a community experiences a crisis of faith and the disillusionment that takes place when our systems fail us.”

The audience witnesses that crisis in the journey of the Celebrant, the central figure of the story, as he leads congregation in a Catholic Mass, all the while examining his own faith and the functions of the institution he serves.

A journey of faith

“‘MASS’ is about a journey of faith. The Celebrant’s demonstration, exploration and resolution of his personal–as opposed to institutional–faith. His understanding of himself and his place within the world,” says Douglas Webster, guest artist and director of the UNCSA production.

Webster has worked on a number of productions of “MASS” over the years—including his performance as the Celebrant during Bernstein’s 70th birthday gala at the Tanglewood Music Festival and at the Vatican for Pope John Paul II. He is well-acquainted with the intricacies of the piece.

For all of its complexity, he says, there are some relatively simple throughlines that weave the story together, starting with the opening number, “A Simple Song,” a bare, uncomplicated statement of the Celebrant’s faith in God. 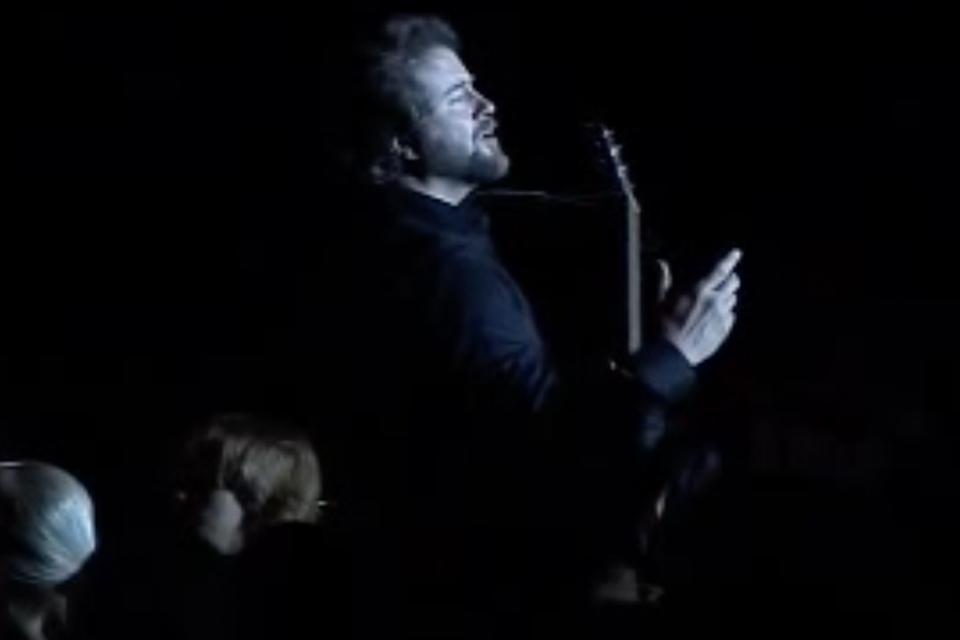 Watch Douglas Webster perform "Simple Song." He has portrayed the Celebrant at Tanglewood Festival and Carnegie Hall, as well as in Latvia, Estonia, Lithuania, Spain and the Vatican.

From there, as the central figure leads us through the formalized liturgy of Mass, the tensions rise between the Church’s prescribed rituals and the personal beliefs of the individual, challenging the Celebrant’s perceptions of the institution and its role in his own faith.

Other moments highlight the challenges of various members of the congregation. “Some of those characters may not even have a solo line. But through their body language, actions and facial expressions,” Webster says, “the audience knows who those people are and can identify themselves in one or two of them.”

In that way, the work becomes an incredibly memorable piece, Webster “‘MASS’ sticks with people. They might even hate it, but they always remember seeing it.” And, although told through the lens of the Catholic Church, the messages and themes of “MASS” are much broader.

“The piece captures the disparate feelings between those who are governing and those who are being governed, without choosing a side,” Webster says. “It’s not a political agenda piece. It’s a slice of society. The intent is not to vilify any constituents in the story, but to try and illuminate their challenges and offer the audience inspiration.”

One could certainly draw parallels between the political turmoil of the 1960s and 70s and the polarization in contemporary politics. But, as “MASS” demonstrates, the struggle is not restricted to any one place, time or system of belief.

In the end, the resolution of that struggle is well worth the wait, Webster adds. “It is one of the most powerful resolutions of any production I’ve been a part of. The ultimate message is that faith works, it’s the underpinning of our community.” But the power of true faith is that it comes from within, not from any external source. “Each person has to be connected and understand for themselves. They cannot simply be told what to believe. And they must take responsibility for their own journey.”

That journey takes us through a musical and artistic landscape as diverse as America itself, part of former first lady Jacqueline Kennedy’s request when she commissioned Bernstein to create the work for the opening of the Kennedy Center. “She gave him instructions to create a purely American theatrical piece that honored John F. Kennedy’s Catholic faith,” says Webster. 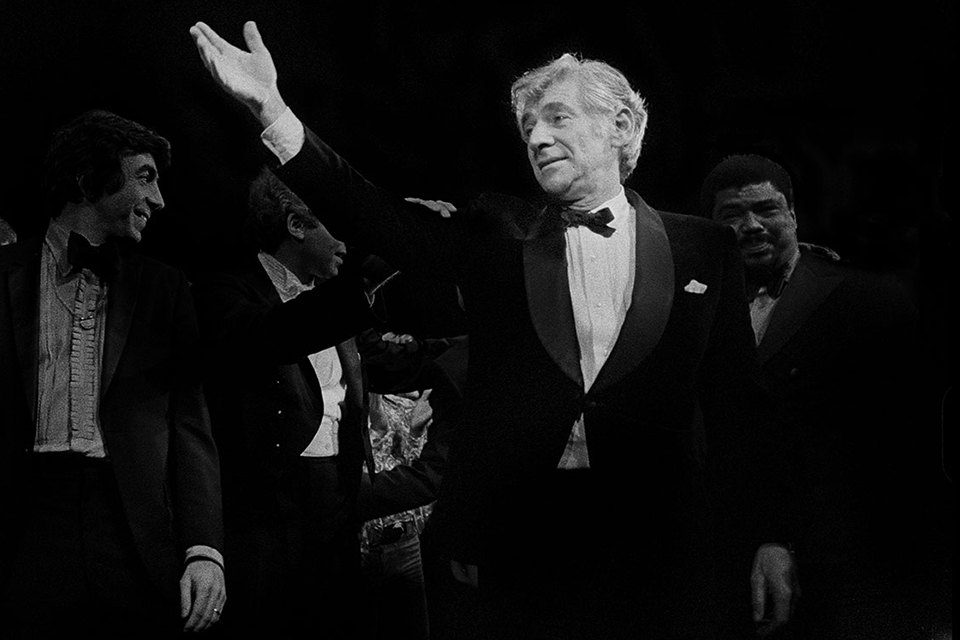 Leonard Bernstein at the premiere of "MASS" at the Kennedy Center, 1971. / Photo: Library of Congress

At its debut, criticism of the work targeted it as unfocused, too wide-ranging. “But the mandate was to represent America. We are a conglomeration of styles of music and people, and ‘MASS’ reflects that very well.”

For Cole, that complexity was part of the appeal of bringing the production to UNCSA. “I really want every student who leaves this school to work on a piece that transcends what they thought was possible,” he says. “It’s not just about performing a ‘big’ piece, it’s about challenging what music and art mean to them.”

I really want every student who leaves this school to work on a piece that transcends what they thought was possible. It’s not just about performing a ‘big’ piece, it’s about challenging what music and art mean to them.

The scope of the work not only brings together the Schools of Music, Dance, Design & Production and Drama for a schoolwide production, but it draws in the larger community, with guest artists like the Winston-Salem State University Choir and the Winston-Salem Youth Chorus.

“I’ve been waiting 30 years for this particular performance,” Webster says. “Aside from myself, conductor Karin Hendrickson and choreographer Kelly Maxner, all of the artistic design is student-led. This is the first time I’ve been involved with this kind of production and it’s something that is specific to UNCSA.”

“If you’re going to see one theatrical production this year, see this. It is a performance that will last in your memory for the rest of your life. It’s not entertainment, but a great story well-told.”