Prop it like it's hot with stage props training

As any stage props professional knows, furniture construction, upholstery and stagecraft only account for a portion of the skills you need to get a job in the entertainment industry. Many of the skills needed to be a good stage props professional are the same that you need to be a good professional in any discipline. In the Stage Properties program in the School of Design & Production (D&P), students learn how to be well rounded in their skill set, learning both the artisan and managerial side of the industry and ultimately, how to have a successful career post-graduation.

We sat down with a few experts to learn the three most important qualities a creative stage props professional needs to be successful based on their experience:

Be a team player

“In every props team I’ve been on there is always at least one point where you’ll need help - that’s what your team is for,” says 2015 props graduate Jessica Ayala. Currently based in New York City and working at both the Public Theater and the Signature Theatre, Ayala works with some of the top professionals in the industry and therefore knows a lot about how an efficient team operates. “A good props master draws upon the strengths of their teammates and knows when to ask for their help or opinion,” says Ayala. “An even better one will allow their teammates to grow in the areas that need improvement,” she adds. 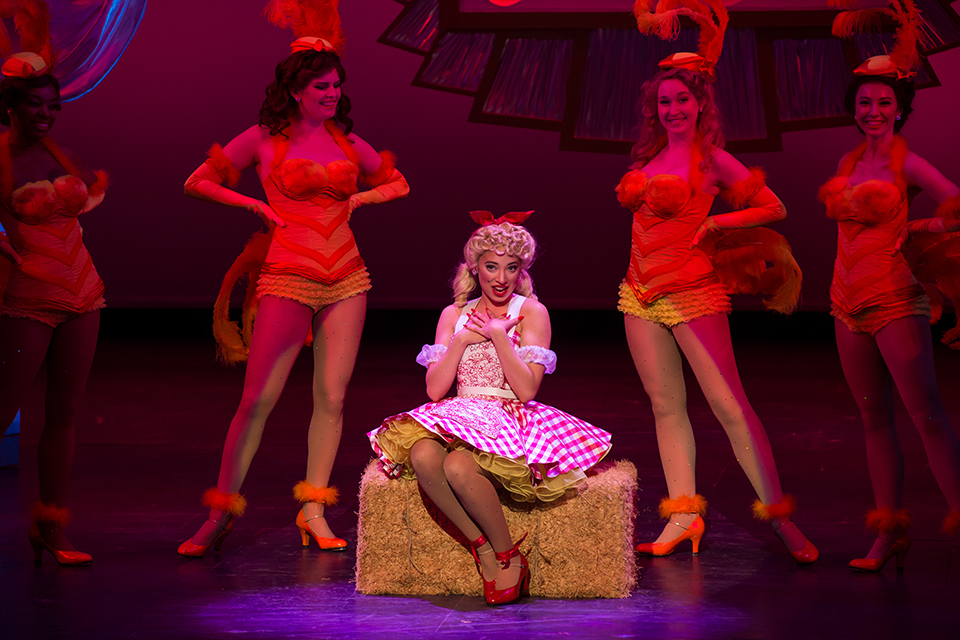 Stage props alumna Jessica Ayala says the 2014 production of "Guys and Dolls" was her favorite to work on during her time at UNCSA. "The challenge for me was that on this show all of the main components going into the production (especially budget) where about 10x the size of any show I had worked on before."

Third-year graduate student Keri Dumka agrees, adding that proper communication is at the core of being able to work as a team. “As a properties director, you need to talk with every department, not just with your direct supervisors who are the scene designer and the director,” says Dumka. “For example, if you are creating a blood special effect, you need to work with costumes, wigs and makeup, scenery and paint to make sure you are on the same page. You need to be involved in as many conversations as possible because if there is even one miscommunication, it could set back production by days or even weeks.”

Assistant Professor of the Props program, Kris Julio, believes one of the most important qualities in a props artisan and manager is the ability to adapt to new challenges through continued learning. Julio, who travels around the country recruiting throughout the year, looks primarily for students who have a passion for learning new things. “When we’re interviewing prospective students, we ask the questions, ‘What types of things are you interested in?’ ‘What catches your curiosity?’ ‘Have you ever taught yourself a new skill?’”

That’s also how Julio, an alumnus of the master’s program, aims to run his classroom. “If someone is interested in a particular field, I try to give them projects or work with them on independent studies to foster that curiosity,” he says. Julio adds that his goal with his students is to make them well rounded as artisans who think more creatively in their approach to solving everyday problems in their work. 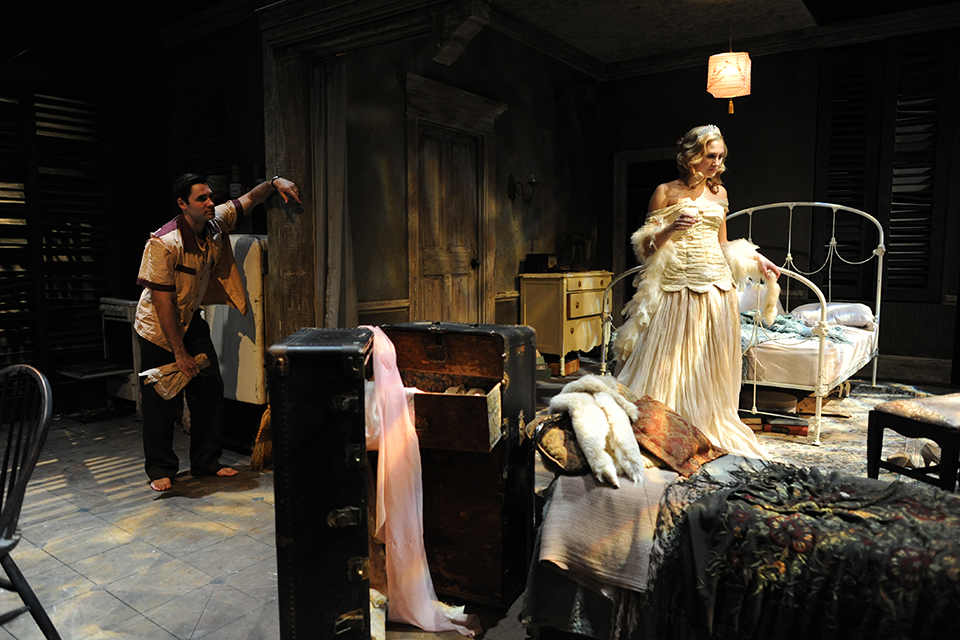 Of all of the shows that Assistant Professor of Stage Props Kris Julio worked on during his time as a student at UNCSA, "A Street Car Named Desire" remains one of his favorites.

Dumka says she tries to live by Bland Wade’s words in her day-to-day life, “if it’s not fun, why are you doing it?” In this quote, Wade, the founder and Director of the Stage Properties program, attempts to invoke a sense of reflection into the everyday work of his students and to emphasize a work/life balance. Dumka, whose ultimate goal is to manage a prop rental house, says that she truly finds props fun–adding that, “we get to have more fun than other departments because we get to be hands on and creative, but we’re not the ones designing and pulling the strings.”

In the entertainment industry, it’s not about getting the job; it’s about lining up your next job. With the constant need to network and make connections, it’s the softer skills of listening, communicating and being adaptable, that will take your career further and create lasting, successful professional relationships.

The best advice that Julio can give to anyone considering a career in props is to, “keep learning and growing, because your only limit is how far your curiosity goes.”