The School of Dance at the University of North Carolina School of the Arts kicks off another performance season with an electrifying all-contemporary showcase. Fall Dance, which runs Sept. 25-29, features two re-creations by renowned choreographers and two premieres from UNCSA alumni.

Performances will be held at 7:30 p.m. Tuesday-Saturday, with an additional matinee performance at 2 p.m. on Saturday in Agnes de Mille Theatre on the UNCSA campus, 1533 South Main St. in Winston-Salem.

Suki John’s “Havana Lover Letters, Part 1” is a choreodrama born out of an unprecedented culture partnership. In 2016, a team of North American artists teamed up with Cuba’s Instituto Superior del Arte to create a narrative contemporary dance that explored the “fickle, yet enduring nature of love.” 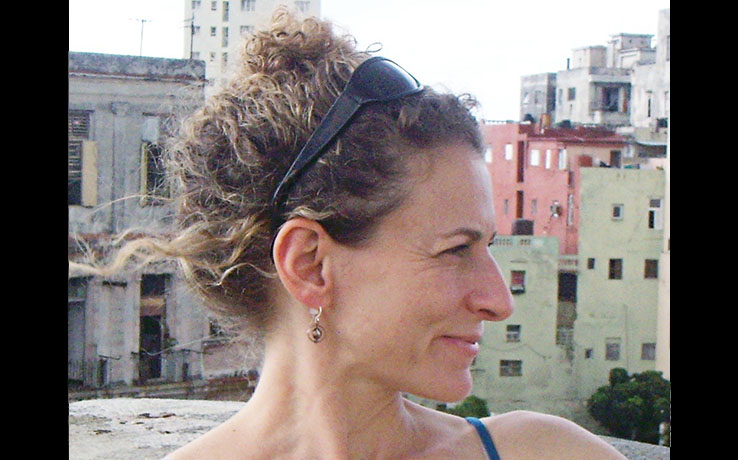 Suki John's "Havana Lover Letters, Part 1" is on the program for Fall Dance.

“This work is inspired by Havana,” explains Suki John, who choreographed the work and wrote the libretto. “By its styles, fashions, and colors; by Cuban dance and music; and by Gabriel Garcia Marquez’ beloved novel ‘Love in the Time of Cholera.’”

A blend of contemporary dance and classical ballet, the piece features 12 dancers in costumes designed by Murell Horton moving to original music by Joel Diamond.

“The ensemble work is fast and complex, requiring precision while allowing each dancer to bring his or her personality forward,” says John. “The soloists are required to develop rich characterizations and relationships while dancing at a fully-embodied level.”

John believes that the “technical, musical, and artistic challenges” of the work make it a perfect fit for UNCSA’s contemporary dance students.

“Souke – Shake” by Gaspard Louis has an emotional depth in additional to its physical demands.

Haitian-born choreographer Louis describes the work as “a tribute to all those wonderful souls who perished in the Haiti earthquake in 2010.” 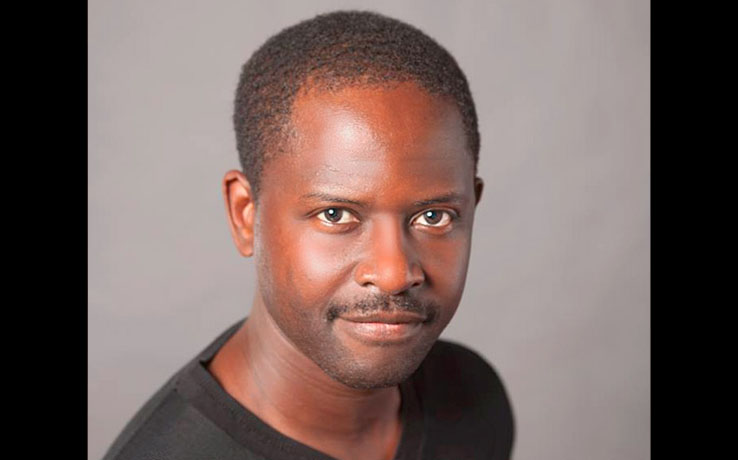 “Souke,” which means “shake” in Haitian Creole, is the first in a trilogy that “explores the chaos and demonstrates the resiliency of the Haitian people” in the wake of the deadly natural disaster.

Louis says the moment the four male and four female dancers fully-embodied the emotional aspect of the piece was “something magical.”

“The students experienced something that was much deeper than just the physical aesthetic. For the first time, I felt they were in Haiti, in the middle of the earthquake, running for their lives and at the same time trying to save the lives of others.”

“I think that the piece taught them a little about Haiti and its struggle…and gave them a new perspective of how well we have it here in this country and all the things we take for granted.”

The final two pieces on the program are both from UNCSA alumni and both tackle society’s complicated relationship with social media.

Grady Bowman’s new work “Punch Drunk: This Is Not a Love Story” is set to selections by Jon Brion from the original motion picture soundtrack of “Punch-Drunk Love.” 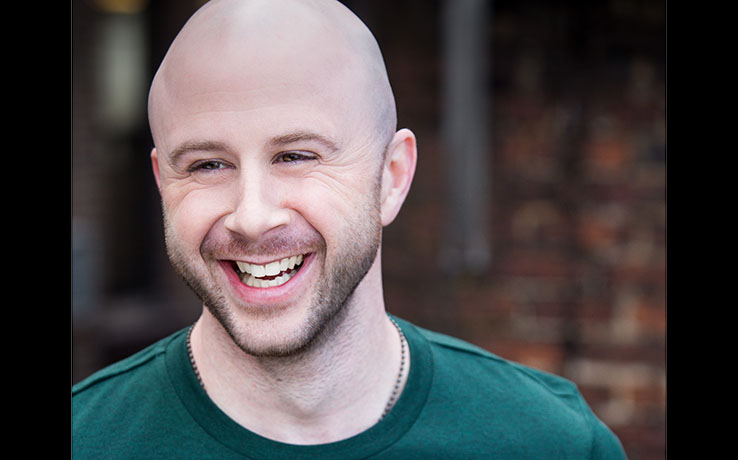 Alumnus Grady Bowman premieres his "Punch Drunk: This Is Not a Love Story" for Fall Dance.

In addition to being influenced by the film and by several Rene Magritte paintings, the work also serves as what Bowman calls “abstract commentary about the breakdown and deterioration of our human communications, interaction and identity as impacted by our social (media) identity.”

Bowman sees the piece as an opportunity for UNCSA’s contemporary dance students to step outside their comfort zones.

“My hope is that it will challenge them and that they will learn from observing the (creative) process. I get the sense that this particular piece might incorporate a little more theatrics than the students are accustomed to. I believe there’s opportunity for growth and knowledge anytime we’re asked to stretch ourselves into new territory.”

It is the third original contemporary work he has choreographed for UNCSA. 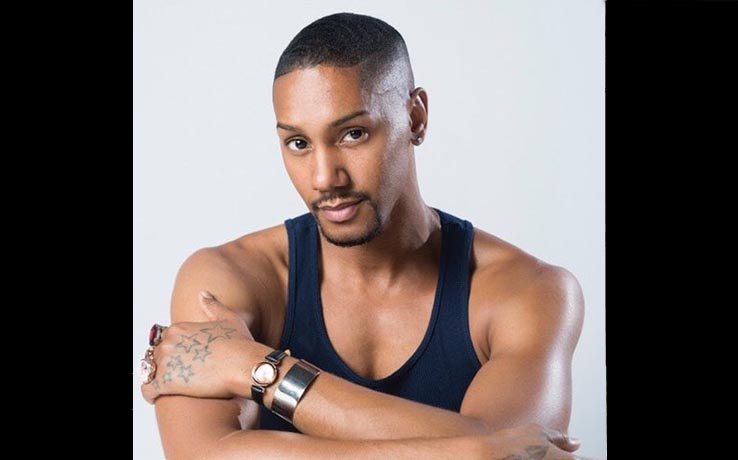 “The piece dives into the world of social media,” explains Lane. “It takes a spin on how we function from the palm of our hands. Social media is a great asset to the world, but can also cause trouble.”

This “physically driven” work will be included in the 2019 Pluck Project, a produced concert in New York City that showcases the talents of UNCSA’s senior contemporary dance majors.

Grady Bowman is a New York City based choreographer and creative artist called by Dance Magazine "exceptionally versatile" and "on the rise." After UNCSA Fall Dance he will return to New York to serve as choreographer and associate director of the Big Apple Circus.

As a performer, Bowman was in the original Broadway companies of “Billy Elliot,” “South Pacific” (2008 Revival), “Honeymoon in Vegas,” “Wonderland,” and “The Pirate Queen.” He toured internationally with Fosse and Pilobolus Dance Theatre and also appeared in the films “Forrest Gump” and “The Last Five Years.”

Suki John is an associate professor in the School for Classical & Contemporary Dance at Texas Christian University, where she has been awarded fellowships by the John V. Roach Honors College and the Coleman Foundation for Entrepreneurship. She has worked internationally as a dance artist and scholar teaching, choreographing and writing about the intersections between dance, history and culture. She holds a B.F.A. in theater from the University of New Mexico, an M.A. in dance scholarship and choreography from New York University’s Gallatin School and a Ph.D. in cultural studies and comparative literature from the University of Connecticut.

“Sh'Ma”, her evening-length choreodrama, is based on her family’s experience in the Holocaust. She was commissioned by the People’s Theater of Yugoslavia to write the libretto, direct and choreograph the work, collaborating on the original score with composer Suba (Mitar Subotić). “Sh’Ma” premiered in Novi Sad in the former Yugoslavia, right before the Bosnian war.

Her work has been published in mainstream, dance and scholarly publications including Dance Magazine, Pointe, Ballet-tanz International, The New York Times, and more.

John is founder of Cuban Arts Match, an organization that brings Cuban and North American artists together, and co-founder of dance2degrees, designed to bring attention to the existential issue of climate change. She is director of dance for the Texas Jewish Arts Association.

An Atlanta native, Juel D. Lane received his training from Tri-Cities Visual & Performing Arts High School and The Youth Ensemble of Atlanta. He also earned a B.F.A. from the University of North Carolina School of the Arts. He has performed nationally and internationally with Ronald K. Brown/Evidence, and currently dances with Bessie Award-winning Camille A. Brown & Dancers.

In 2012, Lane became the first black independent Atlanta-based choreographer ever to be commissioned by the Atlanta Ballet, choreographing “Moments of Dis” for the company. He was featured in Dance Magazine’s “25 to Watch” in 2013 and appeared on the cover of Dance Studio Life Magazine in 2015. Lane was selected to participate in the 2015-16 Alvin Ailey Dance Foundation New Directions Choreography Lab.

Lane has also released three dance-on-film projects: "Just Another Day," "How to Kill a Ghost" and "When The Beat Drops." He recently choreographed on Ailey II and Dallas Black Dance Theatre. He was last seen as a dancer for NBC’s “Jesus Christ Superstar Live.”

Gaspard Louis received a bachelor of performing arts degree from Montclair State University and continued his dance studies on scholarship at Gus Giordano's in Chicago and Nikolais/Louis Dance Lab in New York. Following that experience, he joined a New York-based dance company called AllNations, where he performed traditional dances from many parts of the world and had the opportunity to entertain U.S. troops across the globe.

In 1996, he performed and traveled worldwide with Pilobolus Dance Theatre and collaborated on the choreography of nine major dance works, as well as taught master dance classes both nationally and internationally.

In 2012, Louis received an M.F.A. in dance from the ADF/Hollins University. His passion for dance has continued to lead him to work with local dancers and musicians. Additionally, Louis has been a guest teacher at Duke, Elon and North Carolina Central universities.

In addition to being the artistic director of the Durham-based modern dance company Gaspard&Dancers (G&D), he also serves as creative movement director for the American Dance Festival community outreach program “ADF Project Dance,” which offers free dance classes to children in the community.