The Evolution of Camille A. Brown

Camille A. Brown does it all. The choreographer, dancer, performer and UNCSA alumna (Contemporary Dance '01) has been everywhere from Broadway to Abu Dhabi in recent years, choreographing Tony Award-winning shows and leading her own company, Camille A. Brown & Dancers (CABD).

Brown has embraced the pivot from dance to theater (and the blend between the two) with dexterity and drive, breaking records and barriers along the way.

Making waves in theatre and opera

Over the last several years, Brown's choreography has infused a variety of new stages — in theater, opera, film and television.

On Broadway, she choreographed the Tony Award-winning revival of “Once On This Island” and “Choir Boy," for which she earned a 2019 Tony nomination for Best Choreography. It was the first time a black woman choreographer had been nominated for the award in 23 years (in 1996, Marlies Yearby was nominated for her work on “Rent").

Brown's work continues to blaze past those kinds of barriers. Her co-director role for the Met's "Fire Shut Up in My Bones" is historic, too. She is the first Black artist to direct a Met mainstage production — and to bring step dance along with her to that forum. On opening night, one of her numbers earned more than a minute of uproarious applause. 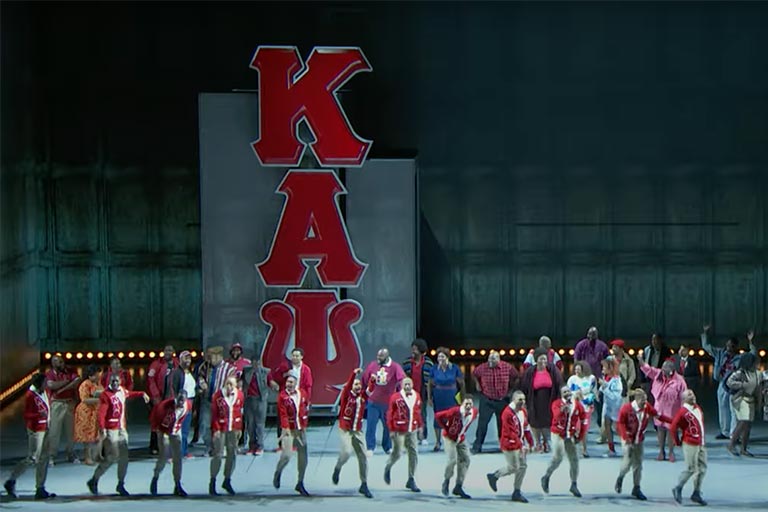 "Fire Shut Up in My Bones"

"I was thrilled for the moment," she said in an interview with the New York Times. "I feel like the audience — to me — was clapping for several reasons. It was about the dance, but it was about what it meant to see that on the stage. And legacy.”

In another first, she is slated to make her Broadway directorial debut with "for colored girls who have considered suicide/when the rainbow is enuf" (she choreographed the off-Broadway production at The Public Theater in 2019). According to producers, she is the first Black woman to both direct and choreograph a Broadway production in more than 65 years.

Brown says that dance and her company are and always will be her home, and her work in the theater has come alongside some major feats in the dance arena.

She completed the third piece in her dance theater trilogy about identity, “ink,” in 2017. The piece premiered at the Kennedy Center and has been performed everywhere from New York to Abu Dhabi. The play, along with the other two works in the trilogy, “Mr. TOL E. RAncE” (2012) and “BLACK GIRL: Linguistic Play," entered the repertory at Alvin Ailey American Dance Theater in 2019.

The intersection of identity and dance has long been where Brown has expressed herself and she’s continually sharing that knowledge through different platforms — like a TED-Ed talk on the history of social dance that garnered millions of views, a partnership with Google Arts & Culture and an Emerson Collective Fellowship to develop her own "Social Dance for Social Change" virtual school. 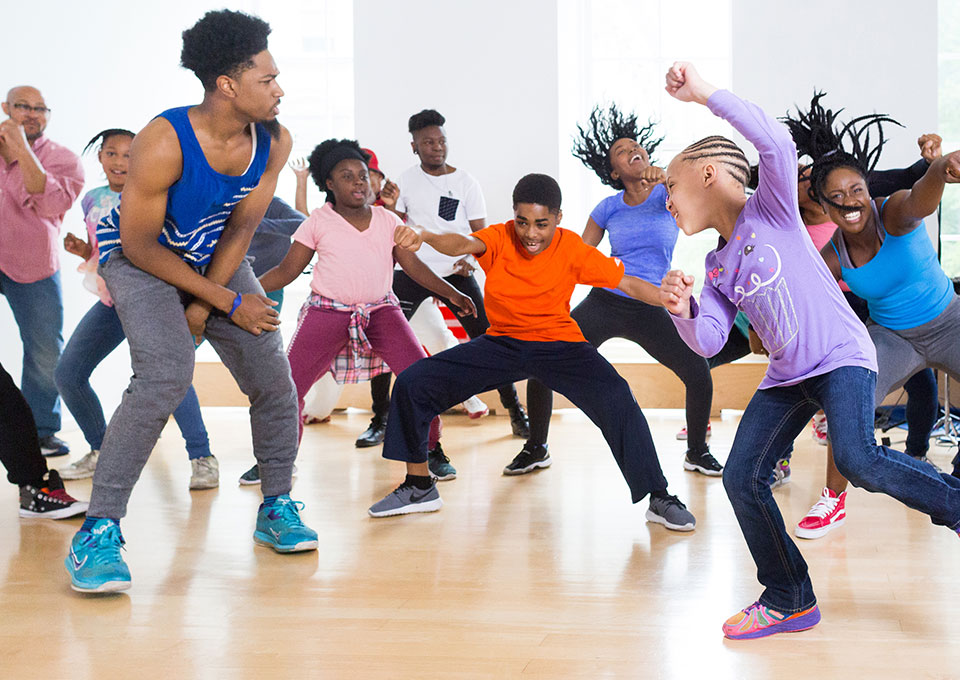 She’s had work commissioned by numerous companies and her awards and accolades are too many to name. She’s a Princess Grace Award winner (several times over), a Ford Foundation Art of Change Fellow, Jacob’s Pillow Dance Award winner, Guggenheim Fellowship recipient, TED Fellow and a recipient of UNCSA’s 2019 Alumni Artprenuership Award.

In 2020, she was a Dance Magazine Award recipient and Obie Award Winner for Sustained Excellence in Choreography and, in 2021, was honored with the Distinguished Artist Award by the International Society for the Performing Arts (ISPA).

The path to her many successes hasn’t been without its trials.

“As a young woman, from the very start she studied with an indomitable will, curiosity, careful note-taking and a very large gift for and love of dance,” Contemporary Dance instructor Trish Casey says of Brown’s time at UNCSA.

Brown has consistently pointed to her early years at UNCSA as both difficult and formative. When she was frustrated by not getting cast in productions, her mom advised her to find something she loved.

“The most life-altering things that have happened to me have been because of some sort of rejection,” Brown says. “If I was immediately cast in things and just had it all when I first arrived at UNCSA, I don’t know if I would have found and understood the importance of choreography. Your obstacles are just as important as your successes. Your obstacles are leading you into your successes.”

By her third and fourth year, she was cast in various pieces by guest artists and faculty, but it was in the school’s rehearsal spaces—performing for herself—that she began to find her voice. And she had always liked putting movements together, but didn’t know exactly what that meant until she took a composition improvisation class.

“I learned to understand the meaning of actually having a voice and creating your voice. It gave me a certain freedom and a safe place,” she adds. “Even if I wasn’t able to perform for an audience, I could still come to the rehearsal studio and perform for myself, create things and play.”

Brown has returned to UNCSA many times as a guest artist to teach and talk with dance students about her experiences here. 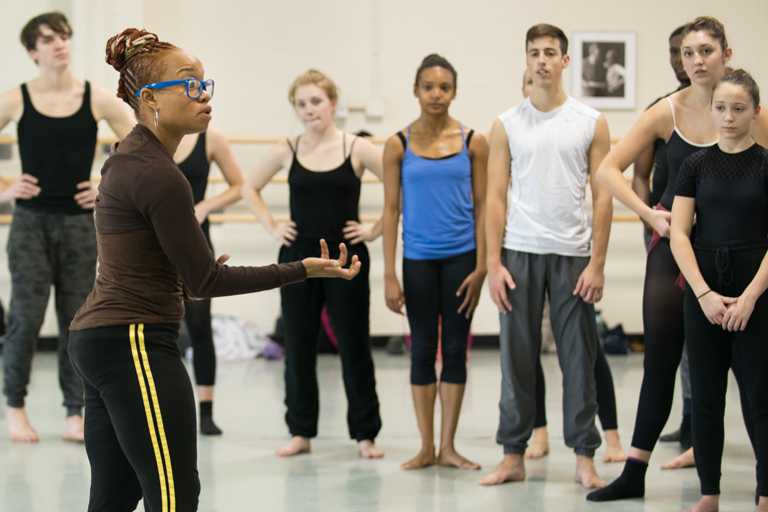 Brown has returned many times to UNCSA to teach master classes and share her experiences with students.

Though her own themes focus on identity and race, she advises young artists to talk about what they want to talk about through their art. Sometimes it's political, sometimes it’s not.

“I believe healing is just as powerful as protest,” Brown says. “Being able to laugh through your pain is just as important as your anger. We need all types of art to keep going.”

And, she says, people are always evolving and she wants her work to show her evolution.

“I want people to see my progression,” Brown says. “What are the things that I have gathered in my life and my experiences that I can share on the stage? We are constantly works in progress.”

by Elizabeth White and Corrine Luthy