The University of North Carolina School of the Arts production of American Voices: Two One-Act Plays explores what can happen when an identity doesn’t fit into the traditional American narrative. From Oct. 18-21, audiences have five opportunities to see this double bill featuring “A Movie Star Has to Star in Black and White” by Adrienne Kennedy and “Suddenly Last Summer” by Tennessee Williams.

Performances take place at 7:30 p.m. Thursday through Saturday and at 2 p.m. on Saturday and Sunday at Hanesbrands Theatre, 209 N. Spruce Street, in downtown Winston-Salem.

This year’s benefit for the Larry Leon Hamlin and Sylvia Sprinkle Hamlin / Urban League Endowed Scholarship, which supports talented artists of color in UNCSA’s School of Drama and School of Design and Production, coincides with the second performance of American Voices on Friday, Oct. 19. Tickets for the performance and 6 p.m. reception at the Milton Rhodes Center for the Arts are $100, and are available through the Advancement Office at 336-770-3332 or dejesusc@uncsa.edu. General admission tickets are also available that evening for the performance only.

“This production puts the best of modern American theater on display,” says Dean of Drama Scott Zigler. “Adrienne Kennedy, whose avant-garde plays are rarely performed, and the prolific Tennessee Williams are considered to be two of the most influential playwrights of the 20th Century. And we have their works together on one stage.”

“Both plays explore how one copes with the trauma of loss and the journey towards claiming one’s identity,” says Knight of the performance pairing. “The two works explore grief, familial obligation, longing (to be seen, heard and believed), and more. And the language in these plays is rich with poetry and prose that paints both beautiful and horrific pictures.”

A lot is packed into these one-acts, but Knight believes that is part of what makes this production a good fit for UNCSA’s burgeoning artists.

“[The plays] offer tremendous acting and design opportunities and challenges for the students. [The one-acts] challenge the artists to put their training to good work in order to clearly tell the story in a shorter amount of time. The journey for the audience may be shortened, but the work for actors is just as in-depth and specific [as a full-length play].” 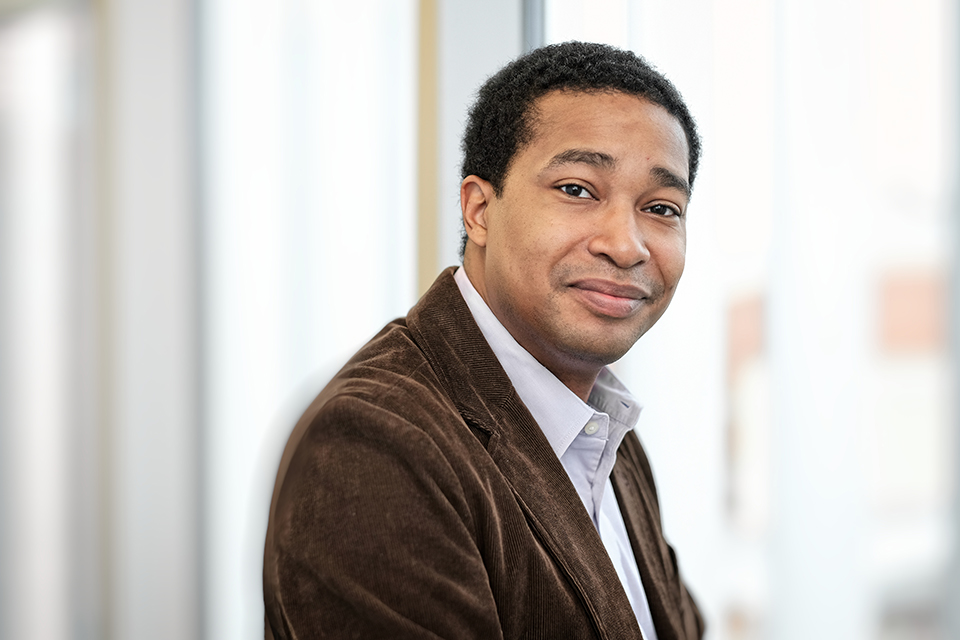 The first one-act is Adrienne Kennedy’s “A Movie Star Has to Star in Black and White.”

“Kennedy actually has a connection to UNCSA,” explains Zigler. “Dean Emeritus Gerald Freedman was an early advocate of her work and directed many of her plays, including ‘The Ohio State Murders’ and ‘Cities in Bezique.’ ”

Kennedy’s works played a large role in the Black Arts Movement of the 1960s and early 1970. Her plays, many of which are based on personal experiences, deal with the issues of racism and the idea of belonging.

“A Movie Star Has to Star in Black and White” is no exception to that trend.

The play follows Clara, a young black writer, as she reflects on her troubled past and uncertain future. But Clara doesn’t get to express her personal thoughts and desires autonomously. White actresses in famous movie scenes do it for her.

The play takes place in the 50s and 60s, so Clara faces a lot of adversity as a black woman. But she keeps chasing her dreams even though all the odds are against her.

“She looks to famous white movie stars to help tell her story because she can’t herself due to society’s rules,” says Nikyla Boxley, a senior from Detroit who plays Clara. “The play takes place in the 50s and 60s, so Clara faces a lot of adversity as a black woman. But she keeps chasing her dreams even though all the odds are against her.”

“I think the audience will relate to Clara’s drive and persistence,” Boxley continues. “But they may think Clara is throwing her life away because she is so invested in her work. Regardless, they will be emotionally moved by Clara’s journey.”

To prepare for the role, Boxley watched all of the movies featured in the play: “Viva Zapata,” “A Place in the Sun” and “Now, Voyager.”

“I connected the specific scenes to see how Clara relates to the movie stars,” she explains.

Because other people express Clara’s words, Boxley faces a unique challenge as an actor. “I don’t really speak to anyone since the movie stars speak for me the majority of the time,” says Boxley. “Staying attentive and active when I’m not speaking has been the hardest part for me.”

In “Suddenly Last Summer” by Tennessee Williams, the main character, Violet Venable, has no problem speaking her own mind.

Much like characters in William’s Pulitzer Prize-winning plays “A Streetcar Named Desire” and “Cat on a Hot Tin Roof,” Violet has a strong personality.

“She’s wicked, brilliantly smart, and deceivingly charming,” says Julia Sismour about her character. “She’s a mother in mourning, after losing her son to mysterious circumstances one year prior to the start of the play.”

Violet spends the one-act doing everything she can to cover up the details of her son’s death.

(Violet is) wicked, brilliantly smart, and deceivingly charming... She’s awesome, and so, so wicked.

“She’s trying to preserve his memory and legacy, even though his true character is revealed in the manner of his death,” explains Sismour, a senior from Yardley, Penn. “Rumors swirl around him and his moral compass, but Violet, being the woman she is, refuses to let anything tarnish his memory. Because, really, that’s all she has left.”

Like Boxley, Sismour has faced challenges in preparing for this role.

“Violet is southern, so she naturally speaks more slowly than I do coming from the Philadelphia-area. Her voice is low and sultry, and she makes people hang on every word she says. Taking that kind of time with the text and dropping into the reality that I control literally everything around me has been tough,” she says.

Sismour is excited for audiences to meet Violet. “I think they will think she’s wicked. Because she is. She’s awesome, and so, so wicked.”

In addition to Nikyla Boxley, “A Movie Star Has to Star in Black and White” features Cricket Brown as Shelley Winters; Daniel Hiro Taylor as Montgomery Clift; Dyer Rhoads as Marlon Brando; Jasper Keen as Paul Henried; Malik Childs as The Father; Nadezhda Amé as Jean Peters/Columbia Pictures Lady; Nomé SiDone as The Husband; Siena Werber as Bette Davis; and Simone Grooms as The Mother.

About the Hamlin Scholarship Fund

Cameron Knight is an associate professor of acting and directing at UNCSA.

As an actor, Knight has played Othello in “Othello,” Dogberry in “Much Ado About Nothing,” Booth in “Topdog/Underdog”, Mercutio in “Romeo and Juliet,” John Worthing in “The Importance of Being Earnest,” Oberon in “A Midsummer Night’s Dream,” Hud in “Hair,” Cleante in “The Imaginary Invalid,” Bill Walker in “Major Barbara,” and Cory in “Fences.”

His television and film credits include: “The Orville,” “Chicago Med,” “Widows” (directed by Steve McQueen), “The World Without You,” and “Sister Carrie.”

Knight was previously a professor in the School of Drama at Carnegie Mellon University and The Theatre School at DePaul University.