Two alumni of the University of North Carolina School of the Arts are winners of the inaugural Knights of Illumination Awards in the United States (KOI-USA). UNCSA Trustee Al Crawford and Joe Levasseur, both graduates of the lighting design program in the School of Design and Production, received the awards at a ceremony Oct. 20 in Las Vegas.

The Knights of Illumination Awards were founded 11 years ago in the United Kingdom. The KOI-USA awards were presented at Lighting Design International, the leading conference and trade show for live design professionals from all around the globe.

In the United States, the awards are given in three categories: Theater (which includes dance and opera), Live for Broadcast, and Concert Touring and Events. Lighting and video designers nominated by colleagues and winners are chosen by an independent panel of judges who are experts in their fields. 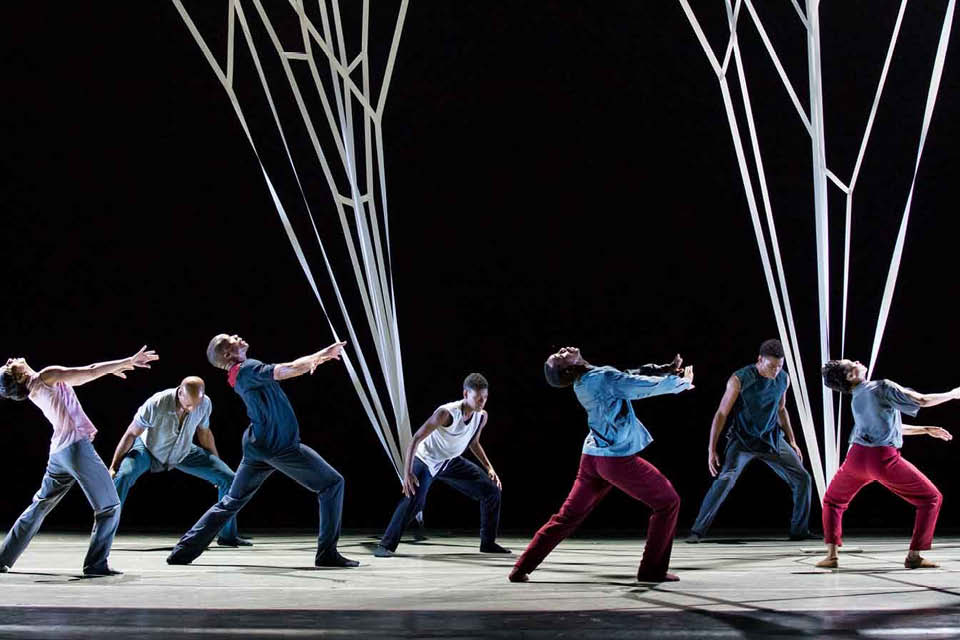 Crawford, who serves as alumni representative on the UNCSA Board of Trustees, won the ETC Award for Dance for “Victoria” and Levasseur won the Elation Professional Award for Opera for “Cellular Songs.”

“Victoria” has its world premiere in 2017 at New York City Center by Alvin Ailey American Dance Theatre, where Crawford has been lighting director since 1998.

“Al Crawford’s versatility is on full display here, perfectly aligning with Gustavo Sansano Ramirez’s tendency for a relatively monochromatic stage and bold, macabre, full-stage looks,” noted a colleague who nominated Crawford for the KOI-USA award. “But this is accompanied by a deep sensitivity toward what’s happening on stage, illuminating select moments and dancers to guide the eye as a film director would.”

In March 2018, “Victoria” was performed at the Boch Center Wang Theatre in Boston, and reviewer Karen Campbell of the Boston Globe called the performance “visually striking, the tone is set by stark, evocative lighting and three floor-to-ceiling structures that resemble post-apocalyptic birch trees.”

Crawford has been a guest artist in D&P, and in 2015, he was guest lighting designer for UNCSA’s acclaimed production of “Guys and Dolls.” 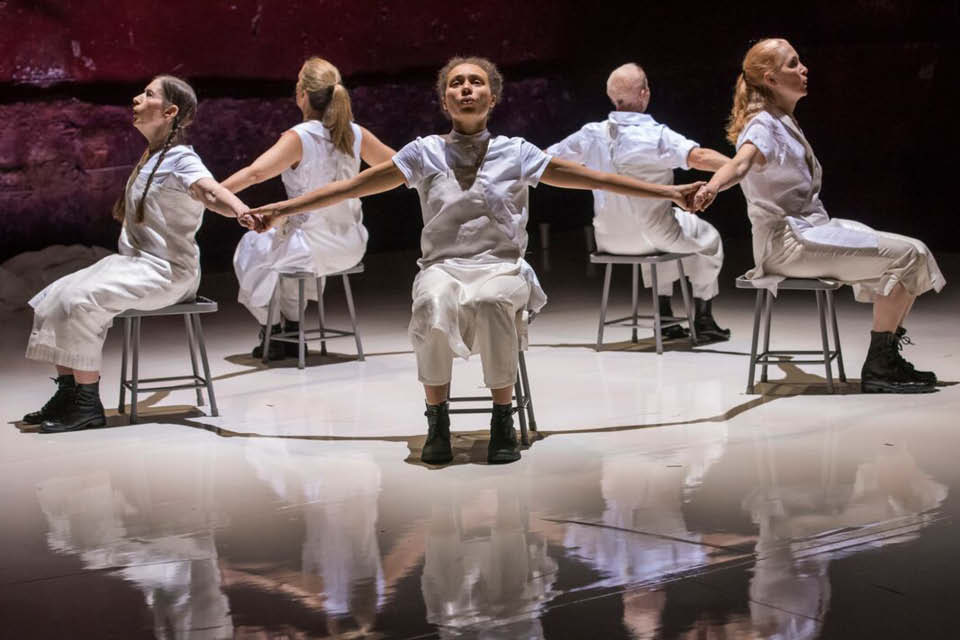 Levasseur designed the lighting for Meredith Monk’s “Cellular Songs” at Brooklyn Academy of Music for the 2018 winter and spring season. A colleague who nominated him for the KOI-USA award said “Meredith Monk's ‘Cellular Songs’ was singular in how the lighting design made visible on the floor the recurring projected video of hands pointing inward and outward, clenched and stretched. Blocks of white and red light, plus ghostly reflections of Monk's white-clad women were integrated into the fabric of the production, forming as vital a character as any of Monk's performers.”

A winner of two New York Dance and Performance “Bessie” Awards, Levasseur is a frequent collaborator in the contemporary performing arts. His work has been reviewed many times by dance writers for The New York Times, The Village Voice and Dance Magazine. 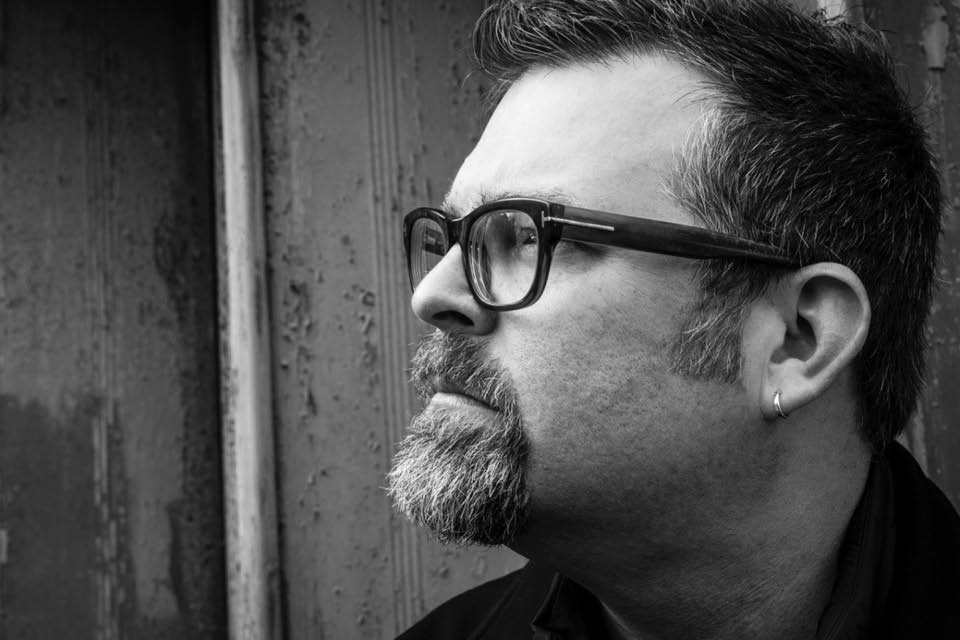 Al Crawford is alumni representative to the UNCSA Board of Trustees, lighting director for Alvin Ailey American Dance Theater, and founder of Arc3design.

Now in his 20th season as lighting director with Alvin Ailey American Dance Theatre, Crawford has produced the lighting for the renowned dance company in virtually every major theater, performing arts center and opera house on the planet having toured to 48 states and more than 60 countries, including historically significant performances in Russia, China and South Africa.

Crawford has worked directly with many important choreographers in the dance world including Judith Jamison, Robert Battle, Garth Fagan, Matthew Rushing, Ron Brown, George Faison, Christopher Huggins, Hope Boykin, Osnel Delgado, Jeanguy Saintus, UNCSA Dance alumni Mark Dendy and Trey McIntyre, and many others. He has designed 18 new works for Alvin Ailey American Dance Theater and 12 for Ailey II. Additionally, he has been responsible for maintaining the lighting for the significant Ailey repertory designed by many of the top lighting designers in the industry.

In addition to teaching as a guest faculty member at UNCSA, Crawford was recently an adjunct faculty member at the University of Connecticut School of Fine Arts. He also serves as a selection committee member of the Gilbert Hemsley Lighting Internship Programs at Lincoln Center. Crawford has spoken at universities around the country, at the United States Institute for Theatre Technology (USITT) Conference, Live Design International (LDI) and the Stagecraft Institute of Las Vegas. He was recently a keynote speaker at the Electronic Theater Controls CUE conference in Madison, Wisc. 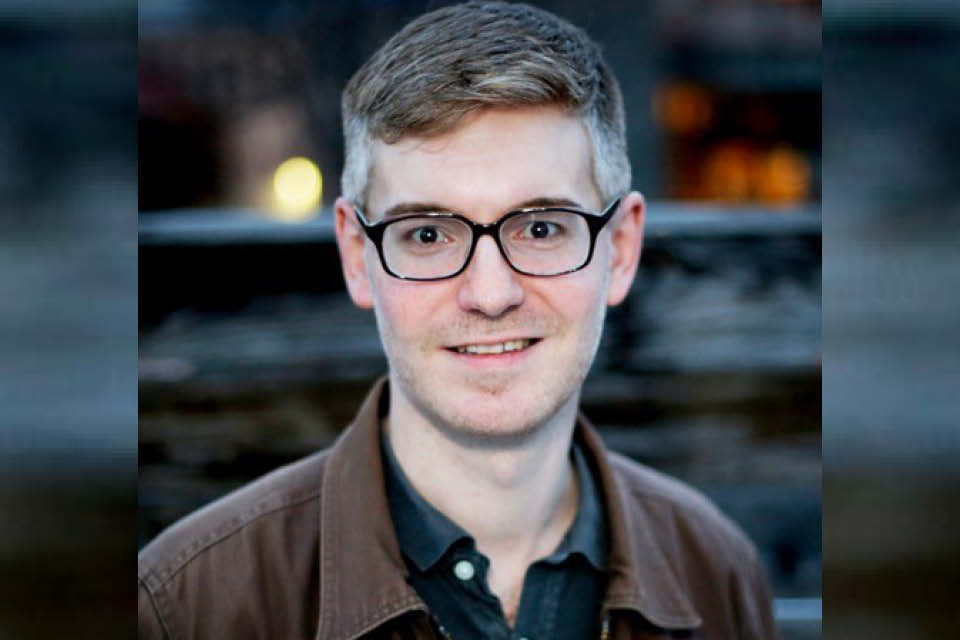 Joe Levasseur is a New Hampshire native and a graduate of the University of North Carolina School of the Arts with a degree in lighting design. His primary focus is lighting and production for contemporary dance and performance. His designs have been seen all over the United States, Europe, and South America.

Since moving to New York City, Levasseur has worked extensively with artists in the “downtown” dance scene. He was the touring lighting director from 2002 until 2010 for John Jasperse Company, for which he co-designed “just two dancers,” “CALIFORNIA,” “Prone,” “Becky, Jodi, and John,” “Misuse Liable to Prosecution,” “Truth, Revised Histories,” “Wishful Thinking” and “Flat Out Lies.” He has been a long-term collaborator with Pavel Zuštiak and his company Palissimo, designing every new piece since 2003. He has regularly worked with Big Dance Theater since 2009, and designed “Restless Creature,” Wendy Whelan’s first post-ballet life work featuring duets with Alejandro Cerrudo, Joshua Beamish, Kyle Abraham, and Brian Brooks. He also worked with choreographers including Ishmael Houston-Jones, Jennifer Monson and Sally Silvers. He is the lighting designer for the Joyce Theater’s NY Quadrille series.

Levasseur has also designed a number of plays at the Brick Theater, as well as the off-Broadway play “Edge.” He was the lighting designer for the work in progress piece “A Lighting Design” by Branden Jacobs-Jenkins. In 2014 he lit the Georg Friedrich Haas’ opera “ATTHIS” by Opera Cabel and ACME at the Kitchen. From 2009 to 2014, Levasseur taught a week-long lighting design intensive for the dance community at Abrons Arts Center through Movement Research’s MELT Summer Festival. He also lit Tom Sach’s Space Program “MARS” at the Park Avenue Armory.

Not long after moving to New York, Levasseur began to experiment with painting and sculpture as part of a personal creative practice. In 2009, his “Drop Clock” installation was featured in the lobby of Dance Theater Workshop (New York Live Arts). In 2010 he showed a collection of original paintings at Performance Space 122, and in 2013 was commissioned to paint an original mural for the dance group AUNTS.

Levasseur received a 2008 New York Dance and Performance “Bessie” Award “for lighting a vast range of work this season and providing deeply integral visual environments, textures, moods, and effects, in projects of every scale, at nearly every venue in the city.” That year, he was a collaborator in “Basic Assembly” (with Ashleigh Leite, Ben Asriel, and Keith Skretch) creating the content, design and performance of “Game On,” a new multimedia performance piece at the Chocolate Factory in New York city. In 2010, he won a second Bessie for his work on Big Dance Theater’s “Comme Toujours Here I Stand.”