Film students prepare for work in the entertainment business by collaborating on a student film set. / Photo: Wayne Reich

It’s no secret that success in the entertainment business can depend largely on who you know. Not in the my-best-friend-gave-me-a-job-I’m-not-qualified-for kind of way, but in the relationship-building, peer mentoring interactions that create meaningful networks of artists in L.A., New York and beyond.

William Morris Endeavor (WME) is one of the top agencies in the entertainment business where those networks collide. The breadth of artists, productions and media represented by WME is vast and varied, and can be complicated to step into for the first time.

Fortunately for students in UNCSA’s School of Filmmaking, the WME network extends to Winston-Salem and, over the last several years, a number of graduates have found themselves with a leg up and a running start into the agency, thanks in large part to their UNCSA connections.

For School of Filmmaking Dean Susan Ruskin, those connections have the potential to ripple across the UNCSA network and the entertainment business itself. “The best way for our alumni to excel and help one another is if enough of them are working inside the industry for the agencies, managers and studios where the deals are made,” she says.

The best way for our alumni to excel and help one another is if enough of them are working inside the industry for the agencies, managers and studios where the deals are made.

“The fact that so many UNCSA alumni are working at one of the leading entertainment and media companies in the world is especially gratifying, as we are clearly making an impact in training the next generation of industry leaders.”

Although most of the Pickles at WME work in different departments, their initial paths look very similar. Three alumni shared a little with us about their journey to WME and how the work they do every day is shaping their careers in the film industry.

D.C. Wade (‘10, Producing) has worked at WME for 8 years. He currently works as an agent in the Talent department, representing actors on television and movie projects. He was recently interviewed by The New York Times about his experience as a black talent agent in Hollywood.

It was Dean Ruskin who recommended WME as Wade’s avenue into the entertainment business. “[She] suggested this would be a great path for me and after meeting with another executive in town, I reached out with my résumé and was VERY lucky to hear back and get the job,” Wade says.

What does a typical day look like for him? “No day is the same,” he says. “On any given day, I could be speaking to casting directors, producers, writers, directors, studio executives and financiers to find out what they’re working on and to lobby for clients.”

As a talent agent, he’s been able to understand the creative process from a variety of perspectives. “Understanding the process for creating film and being able to relate to what artists go through in creating their art has been incredibly helpful,” he says. “My position ultimately allows me the chance to be a key part of the creative process, which has always been one of my goals in this business.” 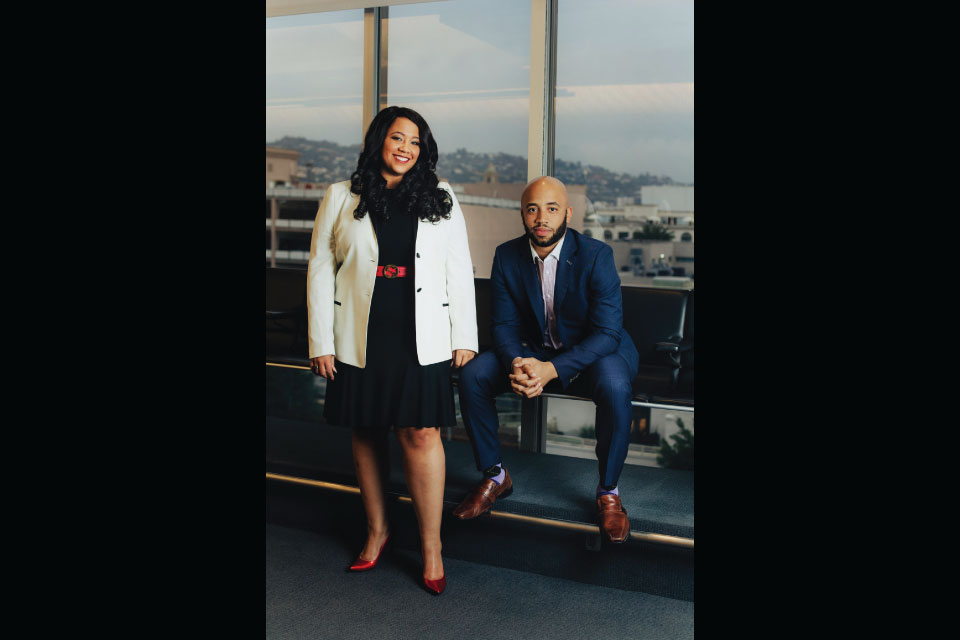 "Had I never gone to film school I don’t know if I would have been exposed to this being a career path," D.C. Wade told The New York Times. D.C. pictured here with colleague Ashley Holland. / Photo: Rozette Rago for The New York Times

Ilayda Yigit (‘17, Producing) has been at WME for a little over a year. She currently works as assistant to the head of Literary Packaging, a department of agents that primarily handles television and film rights for books, articles and other forms of intellectual property.

She also credits her experiences as a student in the School of Filmmaking with directing her to WME. “Through talking to different mentors, guest artists and alumni I met at UNCSA, I realized the best place for me to start would be an agency. Susan Ruskin worked hard for me to make this goal a reality,” she says. “In addition to putting in calls all over town for me to get my foot in the door, she connected me with D.C. Wade.” Wade, she says, helped push her résumé to the top of the list and nudged HR to grant her an interview. After being hired, she also worked as his assistant.

Working at an agency dunks you headfirst into the industry, forcing you to learn how the business works in real time.

Every day, she says, is different—and she loves it. Plus, there’s no better education in the entertainment business than working for a top agency. “Working at an agency dunks you headfirst into the industry, forcing you to learn how the business works in real time. Every day working at WME feels like a part of a master class on how to navigate the ever-changing waters of Hollywood.”

Abraham Bengio (‘18, Producing) is one of the newest UNCSA alumni to join the ranks at the entertainment business titan. He began in the mailroom at WME (as many new grads do) and currently works in the Film Sales and Advisory Group at WME’s sister company, Endeavor Content, as an assistant for one of the partners.

Once again, it was the network Bengio built as a film student that helped him break into the entertainment business at WME. In his third year, he worked on an Endeavor Content film, “Hearts Beat Loud,” directed by UNCSA alumnus Brett Haley. “Brett, his producer and I became very close and I started cultivating relationships with his agents so that I could get my foot in the door.”

The Film Sales and Advisory Group packages and sells some of the most acclaimed independent films on the market. For Bengio’s part, he spends his coffee-fueled days scheduling calls, meetings, and events like film screenings. He also reads scripts and works on cultivating relationships with writers and producers.

Learning about the development and distribution of independent films is helping him meet some of the goals he set as a student. “I studied creative producing at UNCSA, with an eye toward becoming an indie producer. Simply put, Endeavor Content is the bloodline of independent film,”he says. “Every day I expand my knowledge on film finance, distribution and what the market looks like, who the players are and how this relationship-based weird business operates.”

Prepare for success in the entertainment business.