Tony Award-winning Broadway musicals, Grammy Award-winning musicians, and more are coming to the Stevens Center for the 2019-20 season of UNCSA Presents, the touring artists series of the University of North Carolina School of the Arts.

The season includes Tony Award-winning Broadway musicals “Once” and “The Color Purple”; “The Choir of Man” (“the best pub concert you’ve ever been to”); and an immersive experience for families titled “Erth’s Prehistoric Aquarium Adventure,” from Down Under. UNCSA Presents also features the next installment of the American Music Series, launched in May 2018, featuring a diverse array of all-female ensembles exploring Americana, folk and roots music through a contemporary lens: Latin Grammy-winning and all-female Mariachi band Flor de Toloache, Grammy Award-winning country and folk singer Kathy Mattea, Southern Gothic alt-country blues singer Amythyst Kiah and virtuosic all-female trio Lula Wiles. 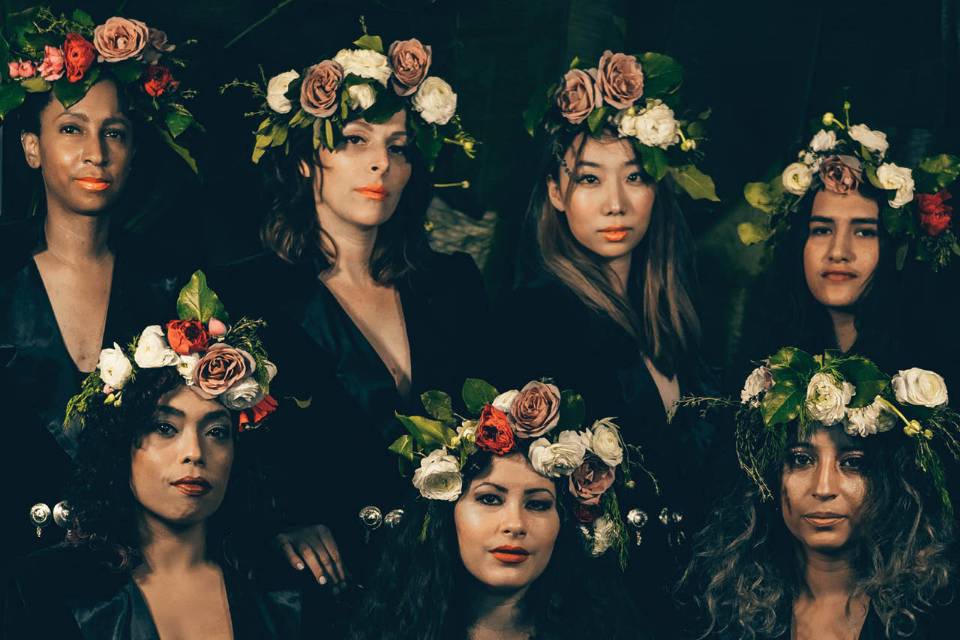 “We could not be more thrilled to share the first complete season of UNCSA Presents — which brings world-class, professional live entertainment back to the Stevens Center in downtown Winston-Salem for the first time in almost a decade,” said Wiley Hausam, director and curator of the series. “UNCSA is proud to be a member of the Winston-Salem community and part of a shared vision for the city that embraces the arts and innovation. We’re so pleased to be giving back to our neighbors by offering top-tier entertainment right here in our own backyard,” he added.

“As a public institution, we take seriously our founding mission to enhance the cultural and economic prosperity of North Carolinians,” said Lindsay Bierman, Chancellor of UNCSA. “One way to do that is by diversifying our programming to reach wider audiences, as we’re doing with UNCSA Presents. The Stevens Center may serve as our largest classroom, but it belongs to our entire community, and we want all to feel welcome here. A long-overdue restoration of the facility will help drive downtown’s ongoing rebirth, better serve our students with state-of-the-art technology, and accommodate visitors with a hugely improved street-to-seat experience.”

The 2019-20 season of UNCSA Presents opens Saturday, Sept.14, with Flor de Toloache, a diverse, bilingual, all-female Mariachi band with a unique flavor and sound, in a concert co-sponsored by the Hispanic League. Winner of a Latin Grammy Award for Best Ranchero Band, Flor de Toloache fuses traditional Mariachi music with jazz, blues and other forms of Latin American music. (For non-Spanish speakers, flor de toloache means “toloache flower,” a Mexican medicinal plant often associated with magic and healing.) As the opening act of Black Keys’ singer Dan Auerbach’s new band, The Arcs, they’ve played to sold-out audiences in the UK, Germany, Holland, Italy and France.  In the United States, Flor de Toloache has captivated crowds at legendary venues including Terminal 5 in New York, Nashville’s Ryman Theater at The Grand Ole Opry and at Coachella. The group’s live performances have been praised by Rolling Stone, Billboard Magazine, The New Yorker, GQ Magazine and The New York Times, and the band was featured in O, The Oprah Magazine. Following a highly praised NPR “Tiny Desk Concert,” Flor de Toloache made an appearance on “The Late Show with Stephen Colbert” and BBC 2’s “Later with Jools Holland.” 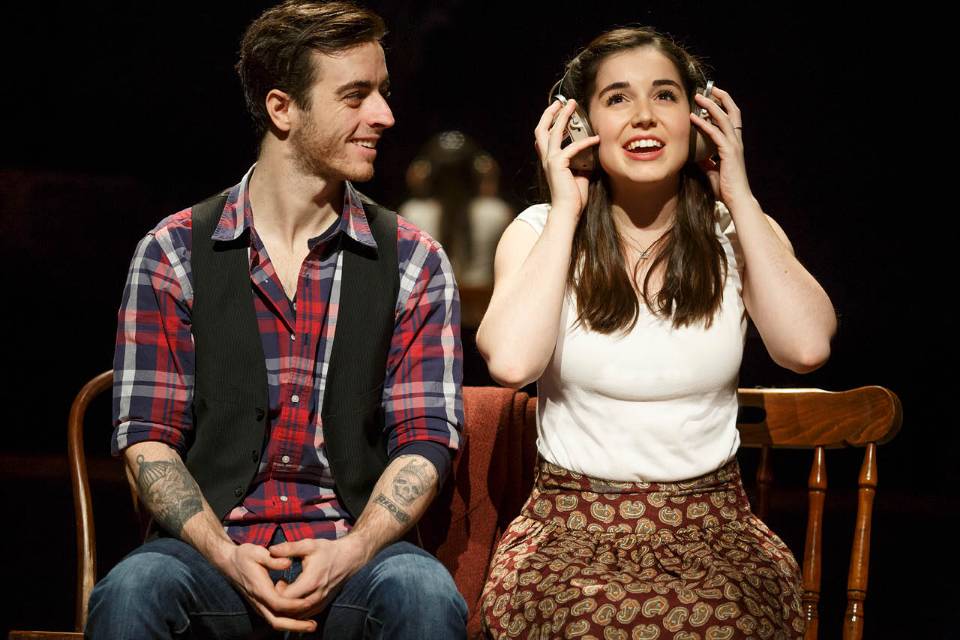 Tony- and Grammy-winning musical "Once" will be presented at the Stevens Center on Friday, Nov. 1.

The first of two touring Broadway musicals, “Once” will be presented Friday, Nov. 1. Winner of eight Tony Awards including Best Musical and a Grammy Award for Musical Theater Album, “Once” is based on the Academy Award-winning film of the same name. Featuring an impressive ensemble of actor/musicians who play their own instruments on stage, “Once” tells the enchanting tale of a Dublin street musician who’s about to give up on his dream when a beautiful young woman takes a sudden interest in his haunting love songs. As the chemistry between them grows, his music soars to powerful new heights, but their unlikely connection turns out to be deeper and more complex than your everyday romance. “Once” is an unforgettable story about going for your dreams, not living in fear, and the power of music to connect all of us. 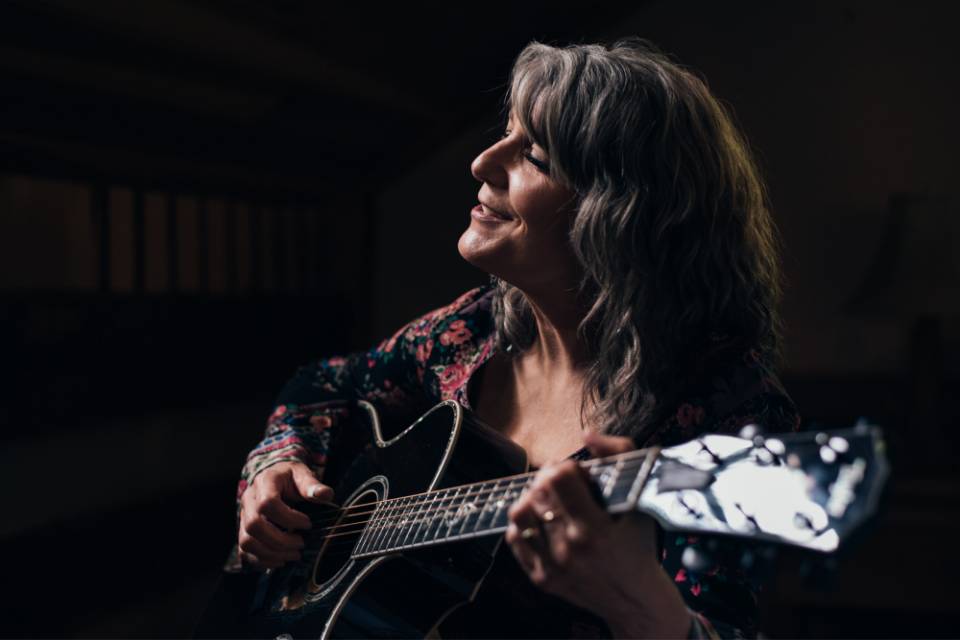 Grammy-winning country and folk singer Kathy Mattea takes the stage on Saturday, Nov. 16. Hailed by The Washington Post as “one of Nashville's finest song interpreters,” Mattea has enjoyed the kind of success many artists only dream of: two Grammy wins, four Country Music Association Awards, four No. 1 country singles, and five gold albums, plus a platinum collection of her greatest hits. The dream almost ended, though, when Mattea entered her 50s and began to find her voice changing.  Following a three-year journey of life challenges, Mattea emerged with the most poignant album of her career, “Pretty Bird,” released in September 2018. 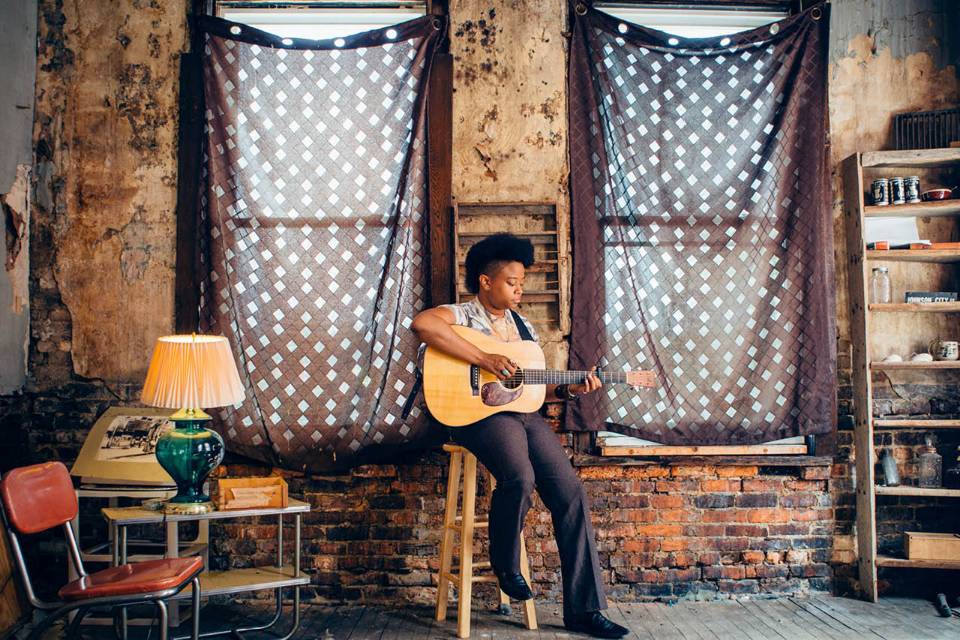 Amythyst Kiah will perform at the Stevens Center on Saturday, March 7, 2020.

Amythyst Kiah, a Southern Gothic alt-country blues singer, will perform an intimate concert on Saturday, March 7, 2020, with the audience seated on stage. Born in Chattanooga but based in Johnson City, Tenn., Kiah’s commanding stage presence is  matched by her raw and powerful vocals—a deeply moving, hypnotic sound that stirs echoes of a distant and restless past. In 2018 Kiah was invited to tour with Grammy Award-winning artist Rhiannon Giddens and the Indigo Girls, playing a number of dates with both acts across the United States. Giddens then invited her to be part of a project for Smithsonian Folkways Recordings. The album “Songs of Our Native Daughters,” released in February 2019, shines new light on African American women’s stories of struggle, resistance and hope. 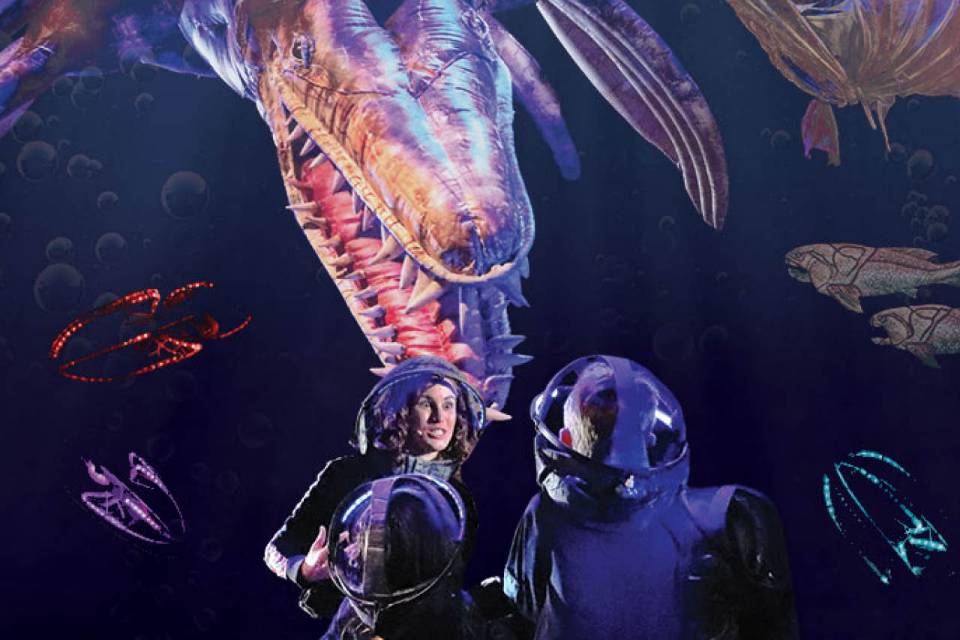 Erth's Prehistoric Aquarium Adventure will be at the Stevens Center on Saturday, March 29, 2020.

On Sunday, March 29, 2020 at 3 p.m., “Erth’s Prehistoric Aquarium Adventure” offers an immersive experience that invites participants to jump in and explore unknown ocean depths where dinosaur-like prehistoric marine reptiles lived eons ago – and maybe live still today! Erth shows, which originated in Australia, are at the forefront of family entertainment, using actors, technology, puppets, science and imagination to create an amazing visual experience that connects young audiences to the real science of paleontology. Discounted tickets will be available for audience members 13 years of age and younger. 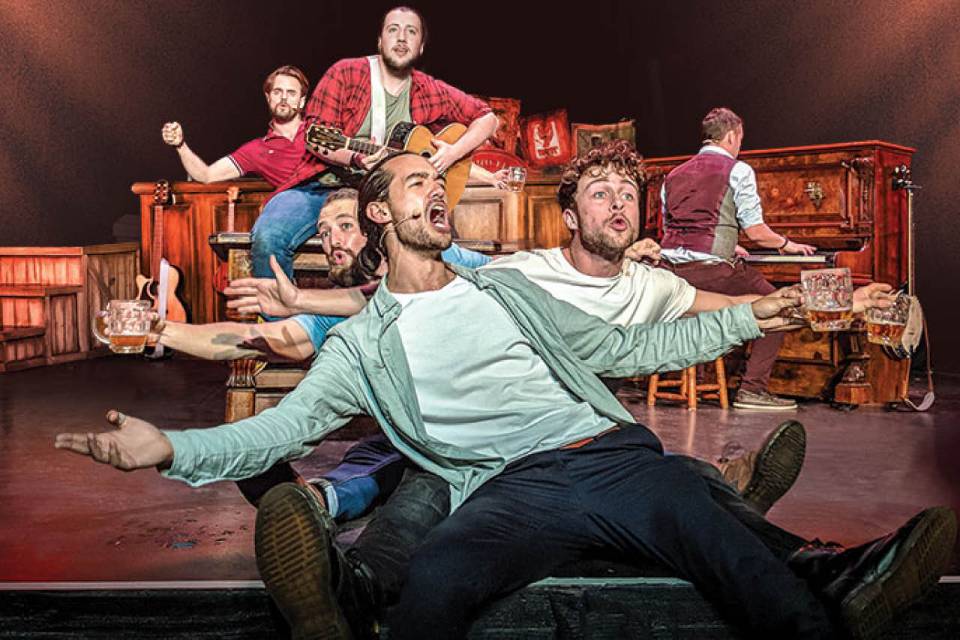 Featuring songs by Paul Simon, Adele, Queen and many more, “The Choir of Man” takes the stage on Tuesday, March 31, 2020, in “the ultimate feel-good show.” A sold-out hit at the world-famous Edinburgh Festival, the show is both party and concert. It’s a pint-filled good time set in a working pub that combines hair-raising harmonies, high-energy dance, and live percussion with foot-stomping choreography. The multi-talented cast of nine handsome blokes sings everything – pub tunes, folk, Broadway, classic rock – all to roof-raising heights. Imported from the U.K., “The Choir of Man” is “the best pub concert you’ve ever been to.” 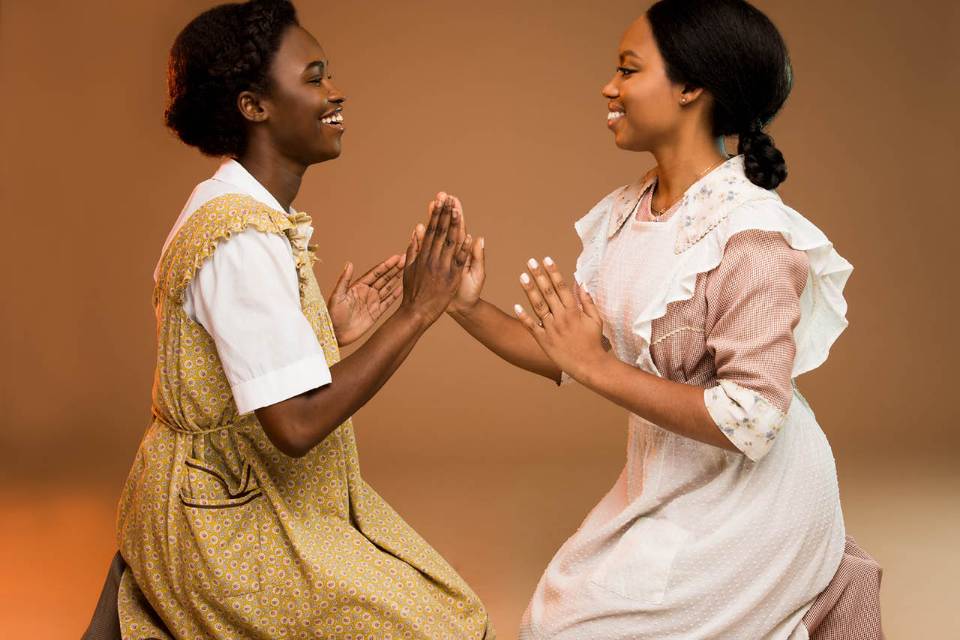 Tony Award-winning "The Color Purple" will be presented at the Stevens Center on Wednesday, May 13, 2020. / Photo: Matthew Murphy

The season’s second Tony Award-winning Broadway musical, “The Color Purple” will be presented on Wednesday, May 13, 2020. Based on Alice Walker’s Pulitzer Prize-winning novel and the Academy Award-nominated film of the same name, “The Color Purple” is a portrait of African American women coming into their own in rural Georgia during the first half of the 20th century. With musical numbers ranging from gospel to honky-tonk to R&B, the show was hailed by The Hollywood Reporter as “a direct hit to the heart” and by The New York Times as “a ravishingly reconceived production that is a joy to behold.” 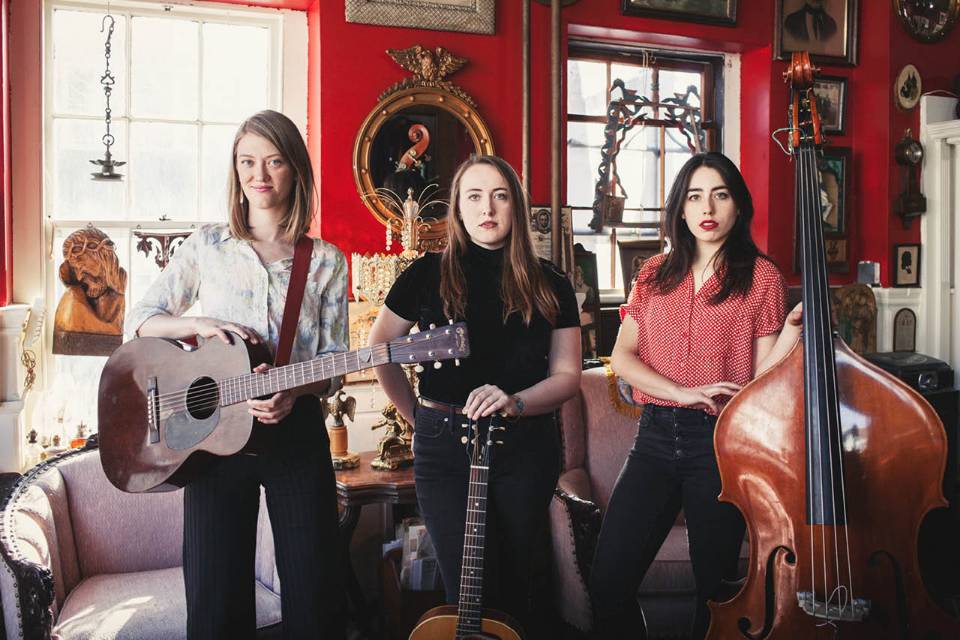 Virtuosic folk trio Lula Wiles will perform Monday, Sept. 21, 2020, with the audience seated on stage. Boston-based musicians Isa Burke, Eleanor Buckland and Mali Obomsawin form “an impressive, multi-talented, all-female group featuring tight soaring harmonies, clever songwriting, and an old-timey vibe" (Glide Magazine). NPR Music noted, “They have a great three-part vocal, and they just have such a clarity of perspective and tone of voice and such biting wit. They seem like young women who know their minds and flex their intellects." With a mastery of folk music, they infuse their songs with distinctly modern sounds: pop hooks, distorted electric guitars, and dissonant multi-layered vocals, all employed in the service of songs that reclaim folk music in their own voice. Lula Wiles has toured internationally, winning fans at the Newport and Philadelphia folk festivals and sharing stages with the likes of Aoife O’Donovan (of the band “I’m With Her,” being presented this season on May 28), the Wood Brothers and Tim O’Brien. Their recent release of “What Will We Do” on Smithsonian Folkways Recordings places the group squarely in line with some of its deepest influences, from the protest anthems of Woody Guthrie to the trailblazing songs of Elizabeth Cotton and Hazel Dickens.