John Sneden received an honorary doctorate from UNCSA in 2015

John Sneden, founding Dean of the School of Design & Production, has died

The University of North Carolina School of the Arts (UNCSA) is mourning the loss of John Sneden, the founding Dean of the School of Design and Production, who died earlier this week at his home in Winston-Salem. He was 83.

Sneden served as the D&P Dean for 32 years and was a beloved figure in the history of the school. He was credited with developing the School of Design and Production (D&P) into a highly respected and rigorous professional training program, now recognized among the world’s finest of its kind. 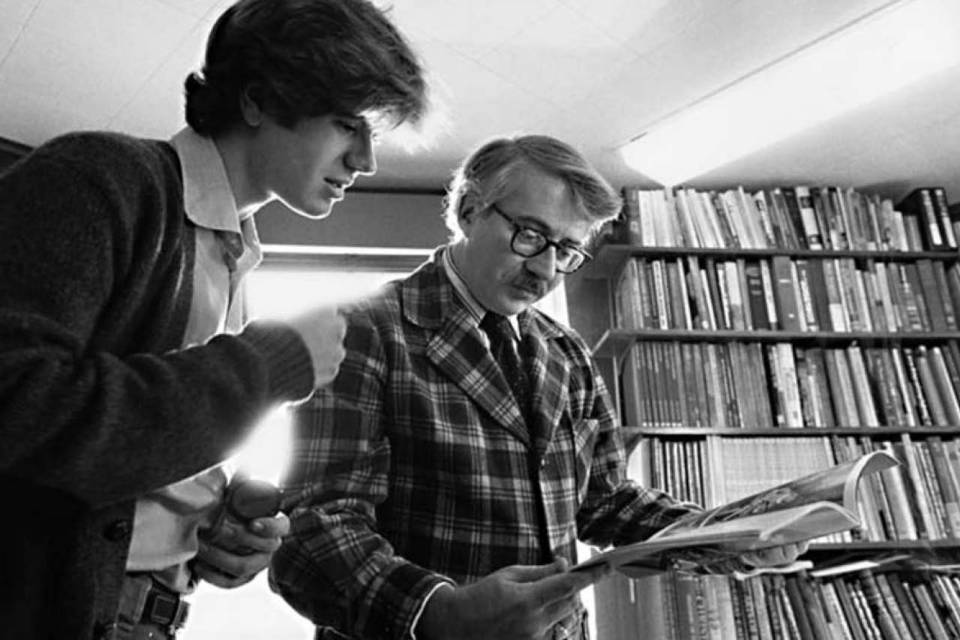 John Sneden with a student. / Photo courtesy of UNCSA Archives

UNCSA Chancellor Lindsay Bierman said, “We are forever indebted to John Sneden for his steadfast dedication and heartfelt commitment to our school’s mission and its students. He changed so many lives. There will never be another like him.”

Current Dean of D&P Michael J. Kelley, a graduate of D&P’s scenic design program, has known Sneden as an instructor, mentor, colleague and friend. “He is the one person who can be credited with the success and prominence of the School of Design and Production,” Kelley said. “Everything we have achieved is testament to the strong foundation that he built. Throughout my career, I have benefitted from the lessons he taught and the example that he set. As current Dean of the program he created, I strive to uphold his standards and to match his level of devotion to students.”

He is the one person who can be credited with the success and prominence of the School of Design and Production. Everything we have achieved is testament to the strong foundation that he built.

“Dean John Sneden was one of a kind,” said renowned lighting designer Al Crawford, a graduate of D&P who serves as alumni representative to the UNCSA Board of Trustees. “His vision for our school set the stage for what would become one of the best theatrical training schools of our time with a worldwide respect for its graduates, faculty and students.

“He had an incredible ability to support everyone with a personal touch, wit and spirit that will forever be his legacy at our school,” added Crawford, lighting director for Alvin Ailey American Dance Theater and founder of Arc3design. “Bravo, John, bravo! I speak for our entire body of alumni in celebrating his life and his legacy.”

Associate Dean Bland Wade was the first UNCSA alumnus that Sneden hired as a faculty member. “John was a compassionate man, who never met a stranger,” Wade said. “His devotion to the students and the art form was beyond reproach. Every time I came to John with an idea, his response was, ‘Well, if you’re that passionate about it, let’s find a way to make it happen.’ He made things happen and did not stand in the way of progress.”

Norman Coates, who recently retired from UNCSA as head of the lighting design program, said, “John was a remarkable person. He was founding dean of a great school, a theater artist, and a scholar. He could quote ‘The Iliad’ in Latin or tell you the name of every student and their hometown. He was a friend and colleague to us all and shaped the lives of hundreds of students, faculty and guests who passed through the doors of Design and Production. He will be missed but remembered long into the future.”

A veteran scenic designer and educator, Sneden was appointed by UNCSA’s second chancellor, composer Robert Ward, in 1970 to create a specialized conservatory for training theater technicians and designers, separating the programs from the School of Drama. Sneden opened the School of D&P with three other faculty members and two dozen students. He oversaw renovation of former Mack Truck facilities into shops, studios and classrooms equipped for training students and established the first graduate program at the School of the Arts, an MFA in Design and Production. He also taught scenic design in addition to serving as Dean. He retired in 2002.

Sneden established a standard of treating students as professionals from their first day on campus. “We always tried to create an atmosphere that was very close to what they would face when they got to the real world,” he said in a 2015 interview, recounting his advice to countless students: “If you love it, keep at it. That will sustain you through the 12- to 15-hour days, because that is the way it is going to be.”

Affectionately known as the “Dean of Deans,” Sneden was acknowledged as a leader among his peers. “John was senior dean when I arrived in 1991,” recalled Gerald Freedman, Dean Emeritus of the School of Drama. “He was warm, nurturing, helpful and wise. He was also a lot of fun to be around, as anyone will tell you. It was immediately clear to me how committed he was to mission of the school, and the well-being of his students. They loved him! He was a collaborator of the highest order, a true team player, and I always felt I had his support.”

The first to earn the title of Dean Emeritus at UNCSA, Sneden was awarded an honorary doctorate in 2015 in recognition of his many contributions to the School of Design and Production and to the industries it serves. 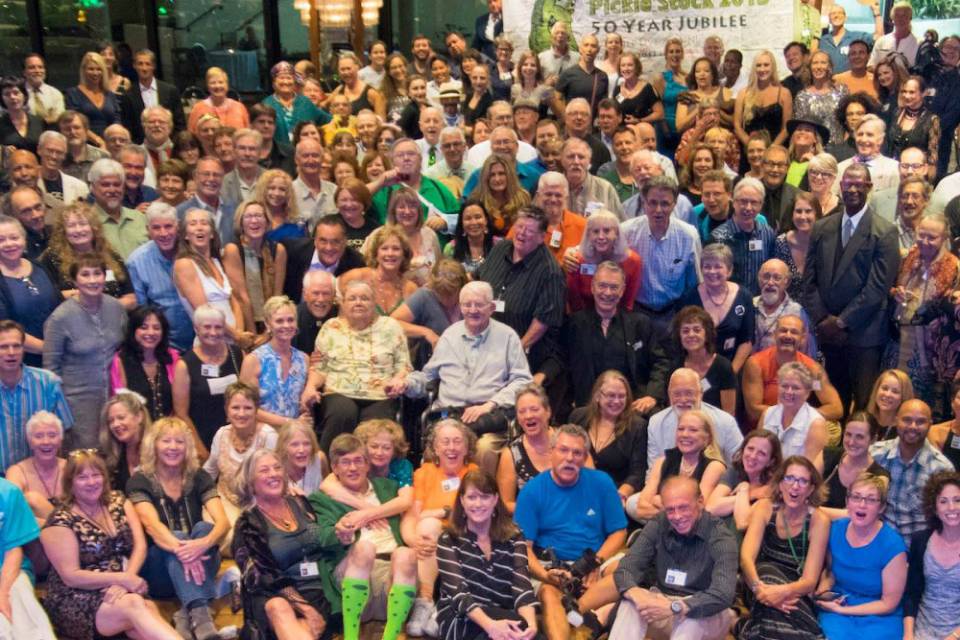 In 2004, an endowed scholarship was established to honor Sneden and his wife, Julia. The recipient of the John and Julia Sneden Endowed Award for Excellence embodies the standards valued by Sneden, including a record of artistic excellence and academic accomplishment, along with demonstrated qualities of leadership, collaboration, passion, generosity of integrity and artistic spirit.

Julia Sneden died in 2014 at age 77. His wife of 49 years, Julia Sneden is fondly remembered by many alumni as a mother figure to all the students, faculty and staff at the school.

In 2005, an outdoor space near the School of D&P was dedicated as Sneden's Landing, which was enhanced into a college quad in 2018.

Sneden held an M.A. and A.B. from the University of North Carolina at Chapel Hill, graduating with honors including Phi Beta Kappa, the Order of the Golden Fleece and the Order of the Old Well. Before joining UNCSA, he served a professor of Drama and Design at East Carolina University and Director of Theatre at Davidson College. His credits as a designer include Arrow Rock Lyceum at the State Theatre of Missouri, and the Cape Playhouse in Dennis, Mass. For eight years, he was resident designer for the East Carolina Summer Music Theatre. He served on the board of directors of North Carolina Scenic Studios Inc.