Music students and alumni from University of North Carolina School of the Arts (UNCSA) took first, second and third places and won the Audience Choice Award at the Rosen-Schaffel Competition for Young and Emerging Artists held at Appalachian State University this weekend.

Andrew René, a baritone from Beaumont, Texas, won first prize; Andrew Hasher, saxophonist from Old Bethpage, N.Y., won second prize; and Lucia Kobza a violinist and violist from Bern, Switzerland, won third prize and the Audience Choice award. The winners competed in a field of 6 finalists to take the top prizes. Two other UNCSA students advanced to the final round.

“It was another banner year for UNCSA School of Music students at the Rosen-Schaffel Competition,” said Brian Cole, Dean of the School of Music. “We are thrilled to have swept all prizes this year, representing the deep talent that exists in this school. I’m so proud of all five UNCSA students who performed brilliantly in the final round. This is just another example of how our students are excelling in so many areas.” Cole also commented that “the UNCSA School of Music and its faculty are so appreciative of the competition and its founders, Nancy and Neil Schaffel, for each year providing this important showcase of the incredible talent that exists throughout the entire UNC system.”

Andrew René is pursuing a Master of Music at the A.J. Fletcher Opera Institute at UNCSA where he studies with Marilyn Taylor. He performed a selection of songs and arias for orchestra by Massenet, Bernstein, Mahler and Handel.

Andrew Hasher holds a Bachelor of Music in saxophone performance from UNCSA and is currently pursuing a master’s degree at the University of Michigan. He performed the Concerto for Saxophone and Orchestra by Henri Tomasi.

Lucia Kobza studied with Ida Bieler at UNCSA and holds a master’s degree and Professional Artist Certificate. Kobza is currently pursuing her doctorate at Stony Brook University in New York. She performed the Concerto for Violin and Orchestra by Jean Sibelius.

Also competing from UNCSA were Wagner Mauricio Pástor Pazmiño, tenor, an A.J. Fletcher Opera Institute fellow studying with Taylor, and Peter Smith, piano, a rising fourth-year undergraduate student, and graduate of UNCSA’s high school music program, studying under the tutelage of Dmitri Shteinberg. Both advanced to the final round of competition. 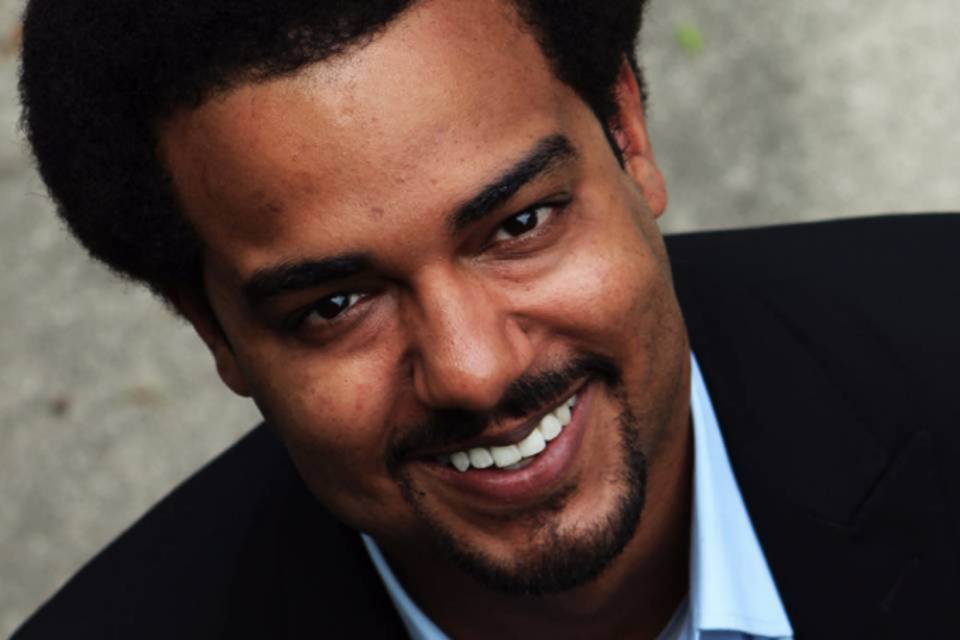 Andrew René, baritone, has participated in vocal competitions and professional engagements, including performances with the Virginia Opera Association, the Bay View Association, Opera Raw, Piedmont Opera, the A.J. Fletcher Opera Institute, the Charlotte Symphony Orchestra and the Princeton Festival. The summer of 2015 marked his third year of attendance at the Bay View Music Festival where he performed the role of Marcello in their production of Puccini's “La bohème.” In 2017, he returned to sing the role of Escamillo in “Carmen.” This past summer, he performed the role of Don Magnifico in “La Cenerentola” with the Janiec Opera Company.

His previous roles include John Sorel in Menotti's “The Consul,” the Pirate King in Gilbert and Sullivan's “Pirates of Penzance,” Guglielmo in Mozart's “Così fan tutte,” Riolobo in Catàn’s “Florencia en el Amazonas,” Harlequin in Strauss’ “Ariadne auf Naxos,” Father Palmer in “Silent Night,” Sam in “Trouble in Tahiti,” Dandini in “La Cenerentola,” Golaud in “Impressions de Pelléas,” and the title role in Verdi's “Falstaff.” This year, he played the Celebrant in Bernstein’s “Mass,” Albert in Massenet’s “Werther, and Garibaldo in Händel’s “Rodelinda,” all produced by the A.J. Fletcher Opera Institute.

René recently received his undergraduate degree from Capital University where he studied with Élise DesChamps and Brian Banion, and is pursuing a Master of Music at the A.J. Fletcher Opera Institute at UNCSA, where he studies with Dr. Marilyn Taylor. 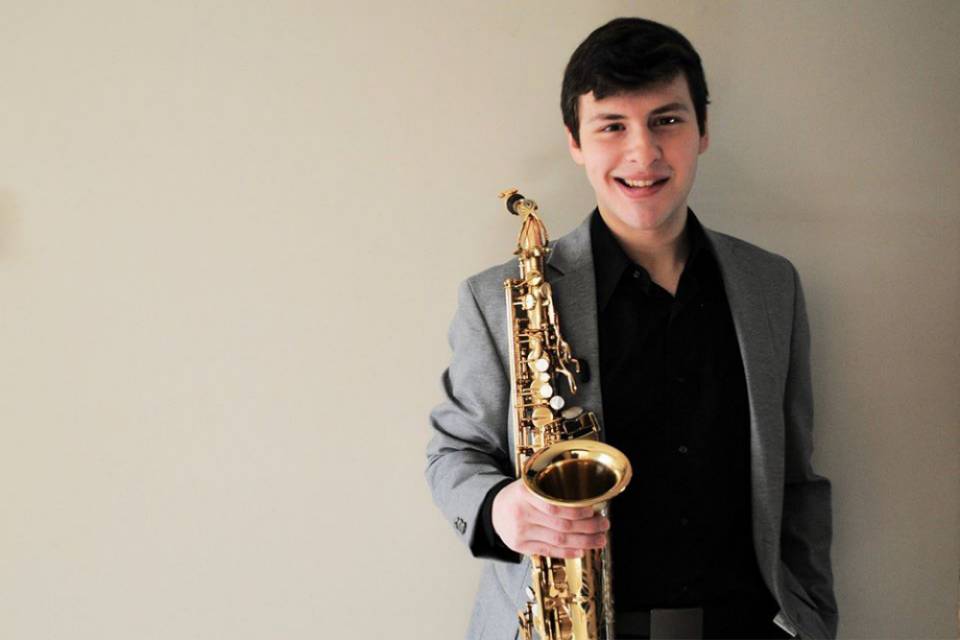 Praised for his “liquid tone” and “smooth and expressive” playing (Classical Voice of North Carolina), Andrew Hasher has performed as a saxophonist and ensemble member across the East Coast. Originally from Old Bethpage, N.Y., Hashner has competed and placed at statewide solo and chamber music competitions in New York, North Carolina and Michigan. As the winner of the spring 2017 UNCSA Concerto Competition, he has appeared as a soloist alongside the UNCSA Symphony Orchestra. In addition, he has appeared as both a soloist and ensemble member of the University of Michigan Symphony Band. He is currently the alto saxophonist in the Sapphirus Quartet. 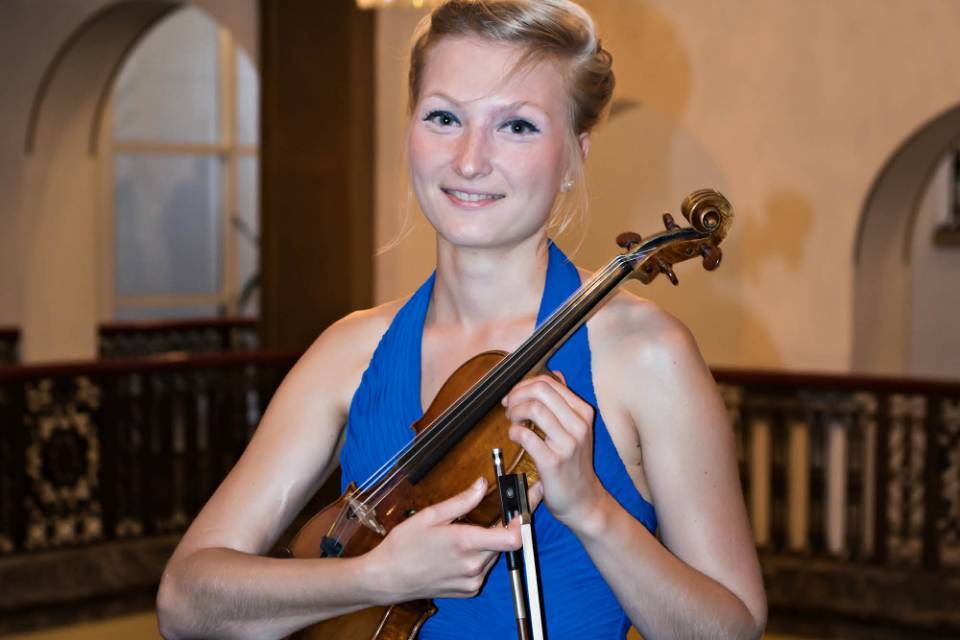 Lucia Kobza received her bachelor’s and master’s degrees from Hochschule der Künste Bern, Switzerland, with distinction. Following her mentor, Professor Ida Bieler, to the United States, she studied under her tutelage at UNCSA and was honored with the UNCSA Graduate Excellence in Performance Award both for her master’s degree and Professional Artist Certificate. Kobza is currently pursuing her doctorate at Stony Brook University in New York, in violin and viola performance, with Emerson String Quartet’s violinist Philip Setzer and violist Lawrence Dutton. As member of UNCSA’s Giannini String Quartet and participant in UNCSA’s Chrysalis Chamber Music Institute, she enjoyed exciting performance opportunities such as playing in master classes at Lincoln Center in New York and performing with Silk Road Ensemble’s Pipa virtuoso Wu Man. At Stony Brook University, Kobza joined the Steinem String Quartet, which was honored to be chosen to participate in Philip Setzer’s String Quartet Intensive as well as the Emerson Chamber Music Institute. The quartet has had several thrilling performance opportunities, such as premiering Emerson violinist Eugene Drucker’s “Levertov Settings” for string quartet and voice at Carnegie Hall. 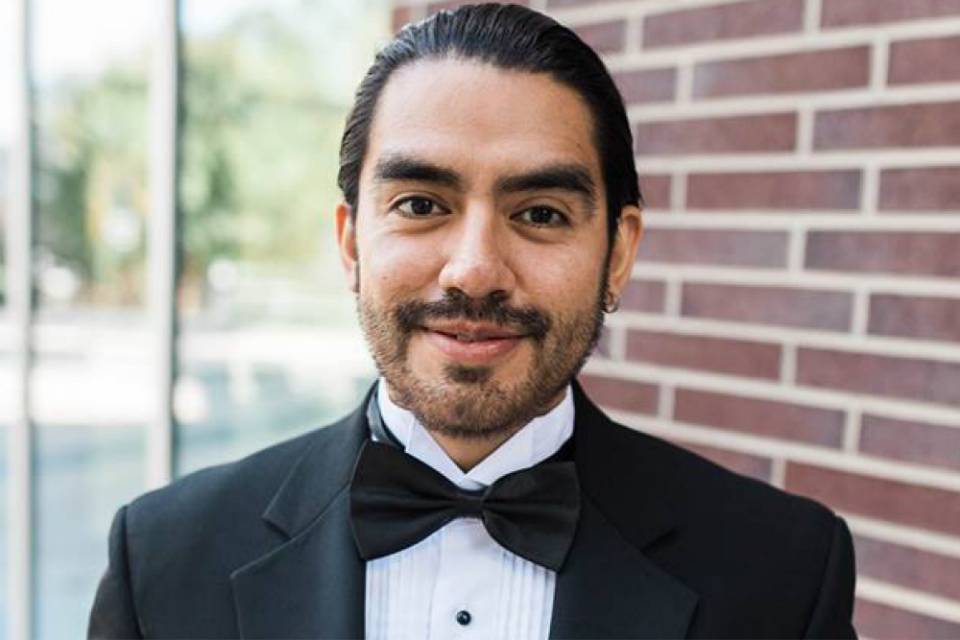 Tenor Wagner Mauricio Pástor Pazmiño hails from Quito, Ecuador. He is an A.J. Fletcher Opera Institute fellow at UNCSA and studies with Marilyn Taylor. He graduated with an M.M. in Voice Performance from the University of Idaho. At his first year as a Fletcher fellow, Pástor Pazmiño performed the title role in Massenest's "Werther" in the winter, and was featured as Grimoaldo in Handel's “Rodelinda” in the spring. He sang Don José in Bizet’s “Carmen” at the Bay View Music Festival in the summer of 2017 and at the University of Idaho in the spring of 2018 in addition to recent performances of “L’elisir d’amore” as Nemorino, Puccini’s “Gianni Schicchi” as Rinuccio with the University of Idaho, and Strauss’ “Die Fledermaus” as Alfred with the South Bend Lyric Opera. Scenes performed include “La Bohème” as Rodolfo, “La Traviata” as Alfredo, and Roméo et Juliette as Roméo at the Bay View Festival 2018.

Pástor Pazmiño has also performed concerts with the Ecuador Symphony, and at the UNASUR inaugural ceremony. He holds a Regional Planning Engineer from the Pontificia Universidad Católica del Ecuador and obtained the Bachillerato en Artes from the Conservatorio Superior Nacional de Música del Ecuador. He was the voice assistant at the VOSU choir, a project for the blind supported by the Ministry of Culture of Ecuador and the Ecuador Symphony. 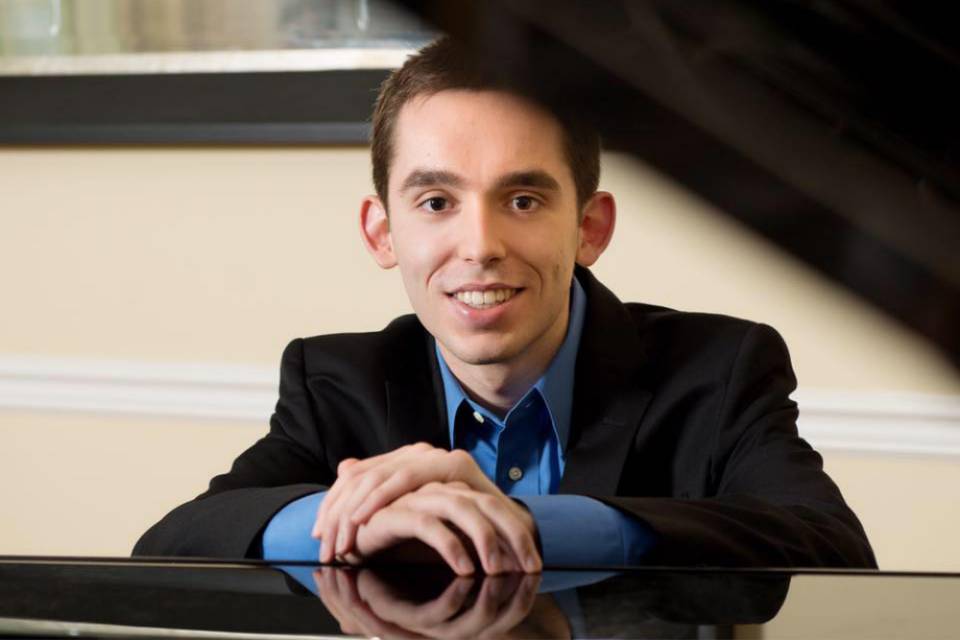 Peter Smith began his musical education at the age of six and is currently a rising fourth-year undergraduate student at UNCSA, studying under the tutelage of Dmitri Shteinberg. He also attended UNCSA for high school as a student of Eric Larsen, director of the Meadowmount School of Music. Over the course of his musical career, Smith has earned a variety of distinctions; his most recent accomplishments include winning the UNCSA Concerto Competition, winning the North Carolina MTNA Young Artist Piano Competition, and being invited to record for the 40th anniversary of radio station WDAV.

This summer, Smith is attending the Bowdoin International Music Festival, and he has regularly attended music festivals in the past, including the Green Mountain Chamber Music Festival, the Rebecca Penneys Piano Festival, summer programs at the Cleveland Institute of Music and Oberlin, and others.

During his time at UNCSA, he has frequently appeared in on- and off-campus concerts performing both solo repertoire and chamber music, and he has also performed and won competitions at many of the summer festivals he has attended.