Two alumni of the University of North Carolina School of the Arts have won Emmy Awards and another appears in one of the year's most celebrated shows.

Blair Aycock, who studied in the School of Design and Production, won an Emmy for Outstanding Makeup for “Fosse/Verdon.” She has also worked on the television series “Mostly 4 Millennials,” “The Break with Michelle Wolf” and “The Heart She Holler.” She is a graduate of the UNCSA high school Visual Arts program. 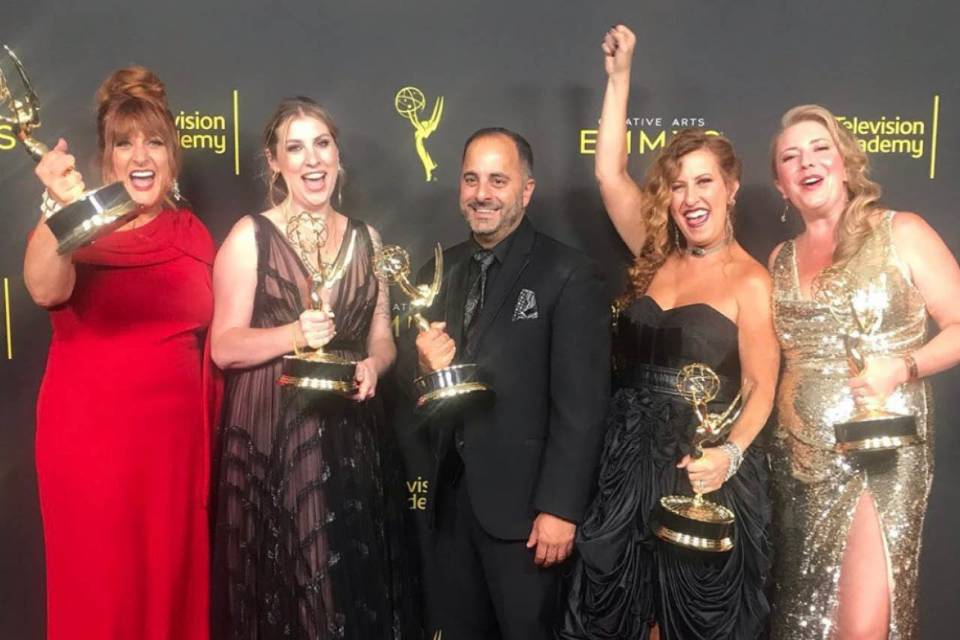 D&P alumna Blair Aycock, second from left, celebrates with other members of the makeup design team who won an Emmy for their work on "Fosse/Verdon."

Aycock and Brake received their awards at the Creative Art Emmy Ceremonies held Sept. 14 and 15 in Los Angeles.

In addition, Brett Gelman, a 1999 graduate of the School of Drama, appears in Amazon’s “Fleabag,” which won four Emmys, including Outstanding Comedy Series during the ceremony broadcast Sunday night. He also appears in the Netflix series “Stranger Things” and in “Mr. Mercedes” on the Audience Network.