It’s not every day that a groundbreaking filmmaker decides to host an inaugural filmmaking event at your university. But, it could happen if you’re a student in UNCSA’s School of Filmmaking — and it did in November, when Ava DuVernay’s ARRAY independent film distribution and resource collective hosted its first ARRAY ASCEND Summit at UNCSA.

The summit, hosted by ARRAY’s non-profit arm, ARRAY Alliance, brought together DuVernay, fellow filmmakers and community organizers in Winston-Salem. The event included a gathering of the nation's top community organizers working in independent film, along with a screening of the film “Burning Cane,” followed by a Q&A session with DuVernay and filmmaker Phillip Youmans.

DuVernay, the award-winning writer, director and producer known for film and television projects like “13th,” “When They See Us,” “Selma” and “A Wrinkle in Time,” among many others, founded the African-American Film Festival Releasing Movement (AFFRM) in 2010, which in turn became ARRAY. ARRAY is “dedicated to the amplification of independent films by people of color and women filmmakers globally.”

Giving a voice to young filmmakers

“Burning Cane” is one of several independent films distributed by ARRAY, and was selected to screen during ASCEND. DuVernay was joined by its filmmaker, Youmans, 19, a recent graduate of the New Orleans Center for Creative Arts (NOCCA), for a Q&A session in the Main Theatre with students and faculty of the School of Filmmaking.

The film, starring Wendell Pierce (“The Wire,” “Suits,” “Chicago P.D.”), Karen Kaia Livers and Dominique McClellan, is set among the cane fields of rural Louisiana, and follows a deeply religious, God fearing mother (Livers) who is struggling to reconcile her tightly-held convictions of faith with the love she has for her troubled, self-destructive son (McClellan)—while also witnessing the decline of her dejected pastor (Pierce).

“Burning Cane” is also available to stream on Netflix.

A filmmaker’s declaration and pursuit

“I don’t think some of you guys understand how incredible this screen is as a filmmaker,” DuVernay told the audience in Main Theatre. “Someone told me this is the largest seamless screen on the East Coast.”

Turning to Youmans, she asked about what the filmmaking process was like for him as a young filmmaker. He wrote “Burning Cane” as a short film at age 16, as a junior in high school. A professor told him he thought it could be a feature film and he quickly wrote a rough draft and began the work of making the film. He put all of his savings into the project, and raised money through IndieGoGo and by running a beignet stand.

One of the most important things during the process, he said, was choosing and sticking to a firm start date. “There was nothing from the outside imposing that start date. It was based on our own conviction of whether we were gonna actually do it or not,” he said.

He met Pierce through a mutual connection at a local beignet shop, Morning Call. “I thought Wendell was so far out of my stratosphere, in terms of an actor I’d be able to work with,” he said. But Pierce agreed to do the film.

For DuVernay, listening to Youmans talk about the making of the film was compelling.

You don’t have to DO the thing to BE the thing. Because you know what it takes to be a filmmaker. You have to be focused, you have to have a singular intention and go after that wholeheartedly.

“A couple of things resonate with me,” DuVernay commented. “He called himself a filmmaker at 17 years old ... He declared that. I really encourage that in you,” she said to the audience. “You don’t have to DO the thing to BE the thing. Because you know what it takes to be a filmmaker. You have to be focused, you have to have a singular intention and go after that wholeheartedly.”

Likewise, she was interested in his process of working with Pierce.

“That’s one of the things that I hear, filmmakers of all kinds are always a little intimidated by the actor,” she said. “What was your approach to working with Wendell? How did you go about establishing a relationship with him?”

“I think the camera really is the great equalizer, in a way, and we’re all students of the craft. I think Wendell carried that through and through,” Youmans said. “Everyone was there because they wanted to be there. It definitely wasn’t for a paycheck.”

Audience members asked DuVernay and Youmans about their inspirations and failures, filmmaking process, and incorporating representation into their work.

As a beginning filmmaker, DuVernay said she wanted to make films about people that she saw in the neighborhood where she grew up in Compton. “People that I didn’t see on film,” she added. Later, she was also inspired by the cutting edge work of black filmmakers of the L.A. Rebellion like Haile Gerima, Julie Dash and Charles Burnett. 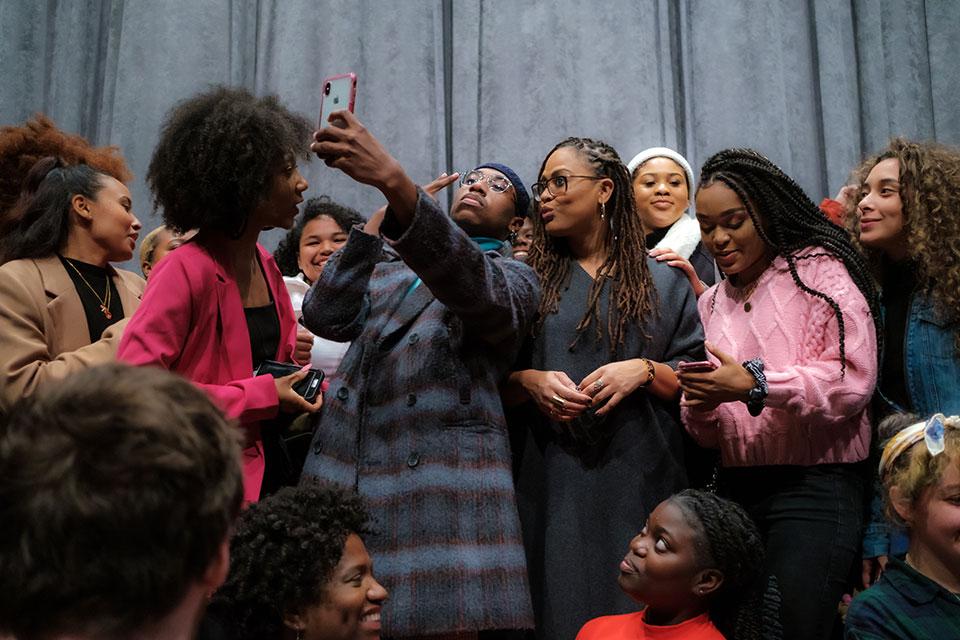 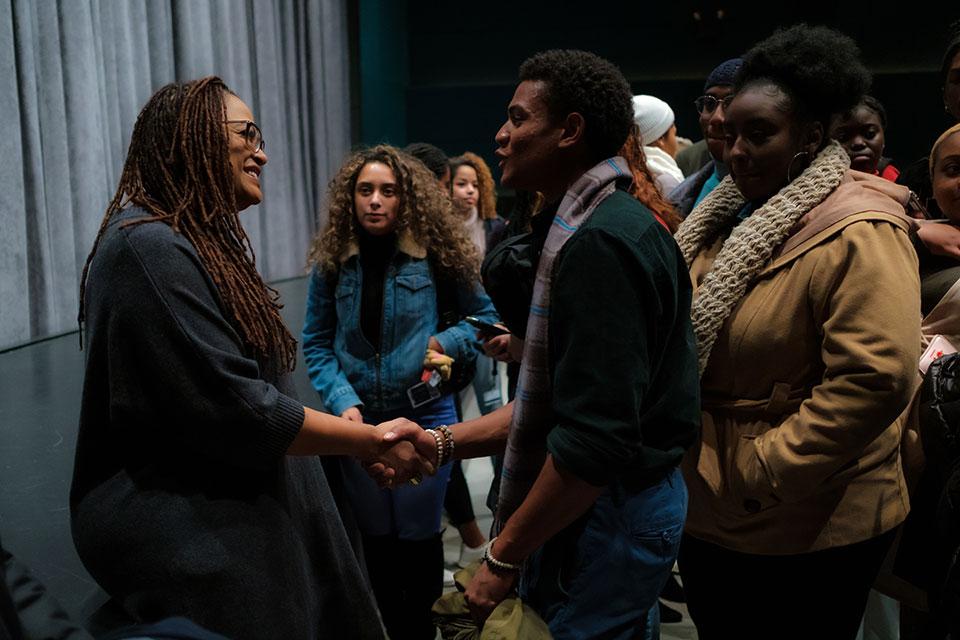 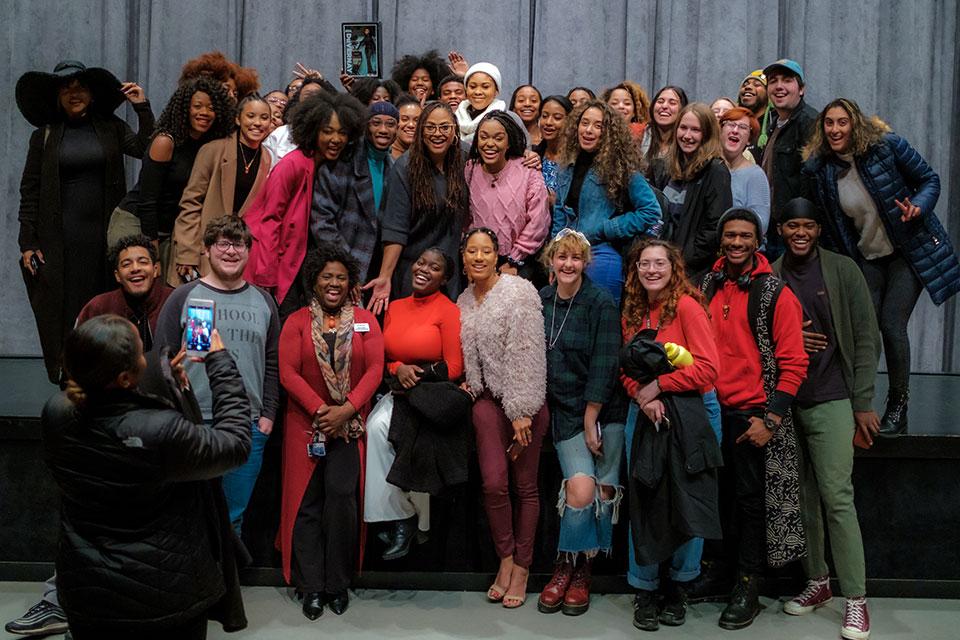 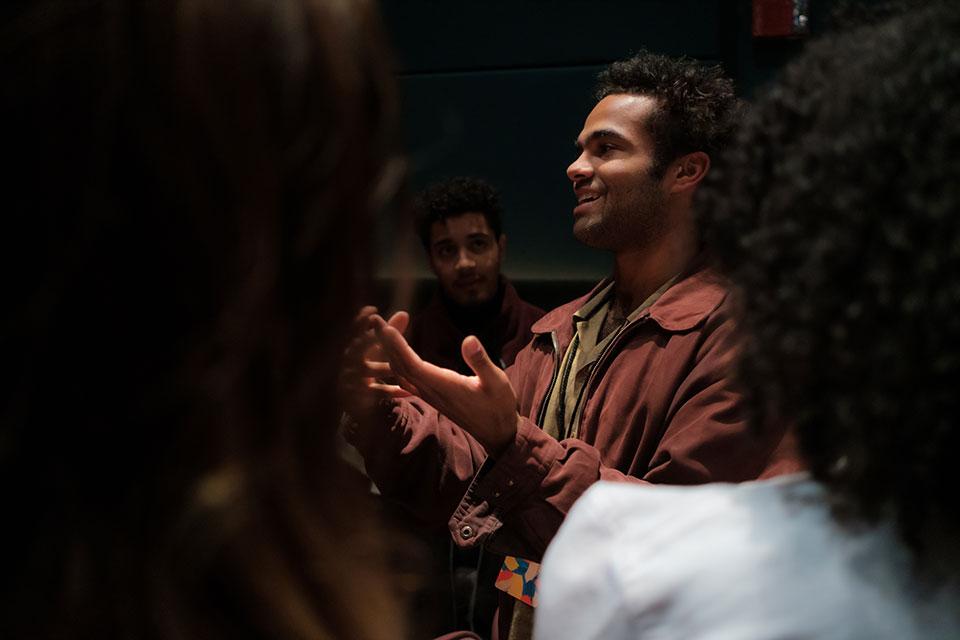 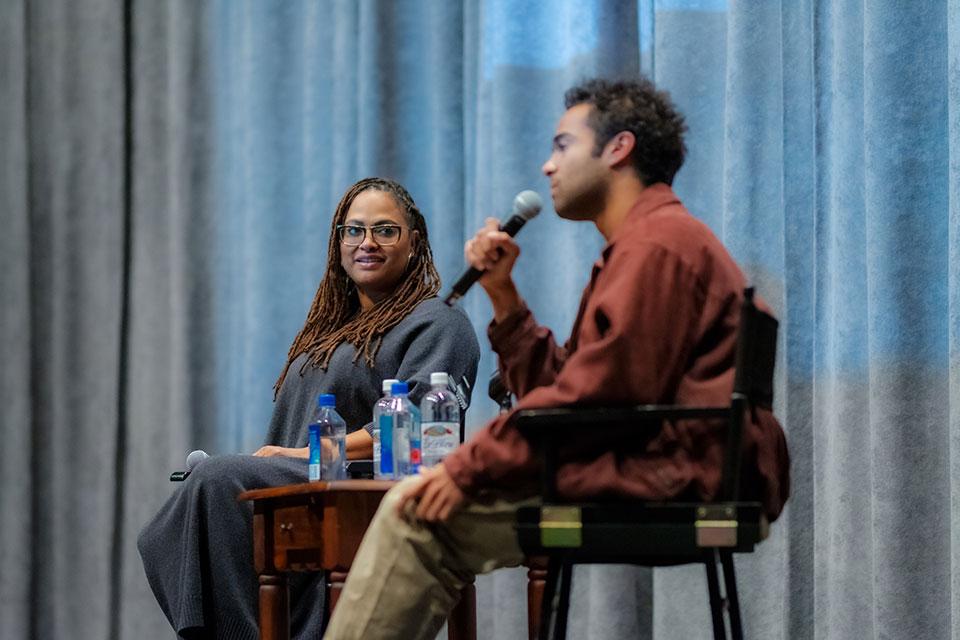 Incorporating the black experience is important to both filmmakers. “I want to tell nuanced stories that humanize our experience,” Youmans said.

DuVernay added that it is an organic process for her. “I’m not thinking about inserting presence or inclusion,” she said. “It just comes out … The things I’m interested in are things that fall into those buckets of ‘inclusion,’ ‘diversity’ and ‘representation.’”

The goal she says, is to create an environment where those words aren’t necessary. “Where it’s so organic, so authentic, that you’re not having to ‘represent,’ or ‘try’ or ‘include.’”

Ultimately, it’s the making and sharing of her work that drives DuVernay as a filmmaker.

“I’m an artist,” she said. “Everything I make comes from me. It doesn’t matter what anyone else thinks of it. That relationship to my work is so intimate to me, and it is so of me.”

“There’s nothing better than sharing my work. There’s no red carpet, there’s no cover of a magazine, there’s no piece of metal they can give you that’s better than this,” she said of the screening and Q&A session. “That’s what it’s all about.”