"The Big L" is among the student films offered in a free screening on Feb. 7

The winter film screening at UNCSA highlights some of the best projects created by film students across all years and disciplines in the School of Filmmaking. It also showcases special programs in the school – experimental films shot on 35 mm film and a collaboration with a film school in Berlin. The free Best of 2018-19 Screening is at 7 p.m. on Friday, Feb. 7, in Main Theatre of the ACE Exhibition Complex on the UNCSA campus at 1533 South Main St.

“In the School of Filmmaking, we encourage our students to experience the full range of opportunities made possible by their conservatory education,” said Interim Dean Henry Grillo. “The experimental films and the Berlin exchange film are two examples of how we are empowering our students, and we’re excited to share them with our community of film lovers and supporters, alongside some of our best animated and narrative films from the previous year.”

“Interstate 8,” the third film produced in collaboration with Film University Babelsburg Konrad Wolf, was shot locally and completed in April 2019. In a multiyear exchange program, students from Berlin first came to Winston-Salem in February 2017, and UNCSA students traveled to Germany in May 2017. The collaboration was the subject of “Berlin and Back,” a documentary by UNCSA student filmmakers that aired on UNC-TV in January 2018.

Two class project films, “How to Never Stop Being Sad,” and “Heaven’s Hue,” were produced on 35 mm  film rather than digital equipment, which is used for longer thesis films. Thomas Ackerman A.S.C., professor of cinematography in the School of Filmmaking, said 35 mm film is becoming less common in the industry because it is more expensive. “I don’t think many schools give students the opportunity to shoot on film,” he said. “Depth and breadth of curriculum is one of the hallmarks of a conservatory education. We’re proud to offer that to our students.” 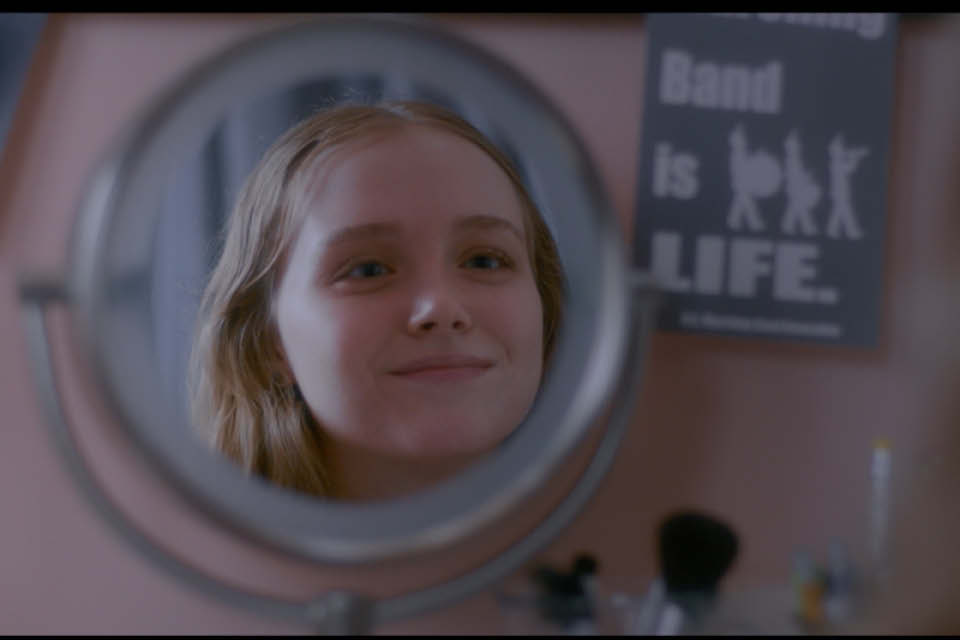 “Daughters,” a fourth-year film. A pregnant teenage girl is forced to confront the realities of impending motherhood and must reconcile with her own irresponsible mother. Written by  Sierra Stewart Cook; directed by Grant Godbee; produced by Jon Jenkins and  Nick Dardes; cinematography by Malik Dowdy; production design by Jordan Sayman; editing and sound design by Jackie Olivo; music by Alex Umfleet.

“Do You Remember,” an animated film by third-year students. A couple remembers how they met. Written, directed and animated by Christi Neptune, Ryan Mulder and Scott Rodeheaver; sound design by Lolly Adair; music by Mulder and Rodeheaver.

“Haunted,” an animated film by first-year students. A lonely, friendly ghost longs for the house he haunts to be occupied by a new human owner. Written, directed and animated by Mckayla Singleton; produced by Rin Rlayang; cinematography by Alaina Watkins; art direction by Beau Sheil; edited by Cecilia Pitts and Mckayla Singleton. 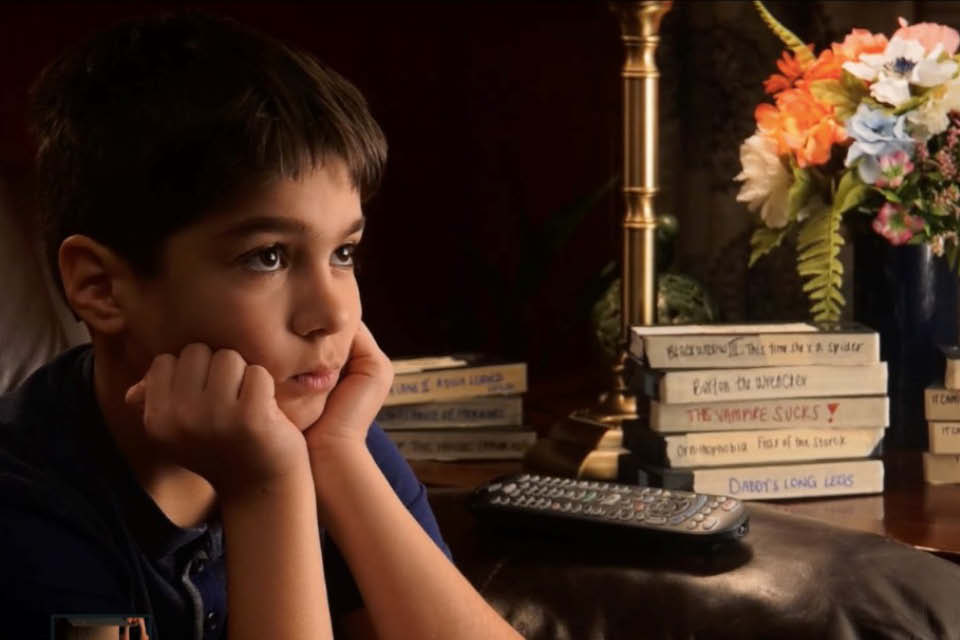 “High Stakes,” a second-year film. Obsessed with his late father’s VHS monster movie collection, young Ben sees a physical connection between his mother’s new boyfriend and the Vampiric Count from his movies. On a quest to protect his mother, Ben develops an unlikely partnership with the very man he seeks to destroy. Written and directed by Brian Storck; produced by Julia Lofton Walpole; cinematography by Ian McCay; production design by Julia Tayloe; edited by Bateman Lewis; music by  Caroline Knight.

“How to Never Stop Being Sad,” a final class project for fourth-year cinematographers, is an interpretive dance music video shot on 35 mm film. Directed and cinematography by Mateo Davis; produced by Katie Sanderson; choreography by Madalyn Bailey; edited by Sean Breitkreutz.

“Interstate 8,” a collaboration with Film University Babelsburg Konrad Wolf in Germany. In the southern United States, two young women meet by chance in a police car and, without speaking a word to each other, are confronted with the injustice hovering above them. Among the UNCSA students who worked on the film are co-producers Abraham Bengio and Katie Sanderson and production designer Jordan McLaughlin. 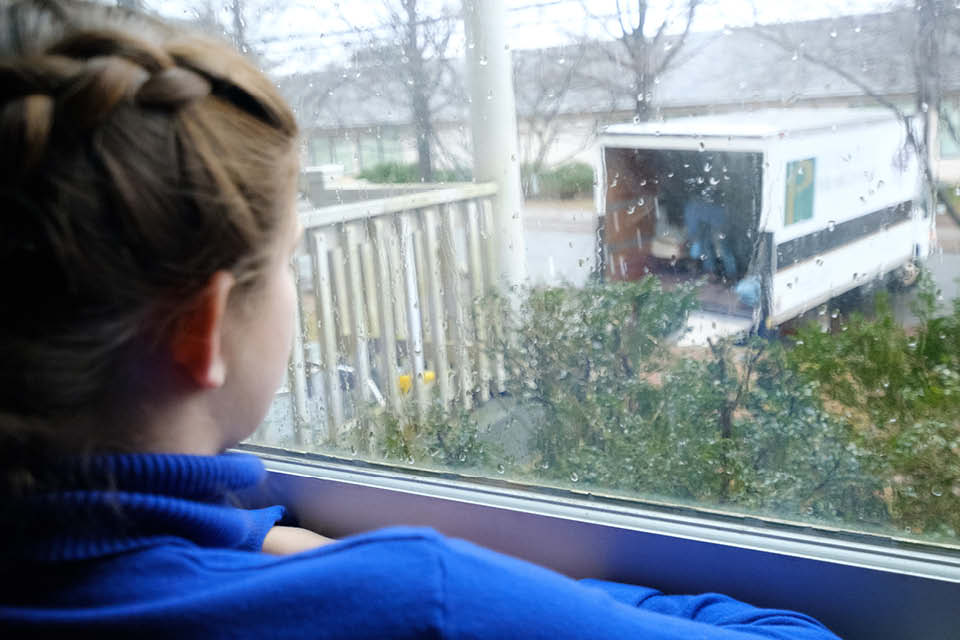 “Lonely Flowers,” a second-year film. In the midst of her parents’ divorce, Sammy learns that her piano is going to be sold. She resolves to find and play her instrument – her only source of solace. Eventually she becomes unlikely friends with the new owner.  Written and directed by Connor Ryan; produced by  Julia Lofton Walpole and Lolly Adair; cinematography by Trevor Gilman; production design by Duncan Lauer; editing by Gabriel Lopez.

“Loser,” a fourth-year film. A young woman living with her boyfriend struggles to make ends meet. Although he is an addict, she cannot seem to let him go, leaving her to pay the bills and fend for herself. So, when her boss shorts her paycheck, she decides to take matters into her own hands. Written by Hayley Vinson; directed by Jeff Yabrow; produced by Elliott Emfinger and Epiphany James; cinematography by Andrew Mirmanesh; production design by Kendra Archer; editing by Roxanna Lynne; sound design by John Rizzi; music by Alex Umfleet.

“Painted Love,” a fourth-year film. Stuck in her dreary job as a debt collector, an old-fashioned dreamer discovers a magical portal to a new world full of life and color. Written by Ruby Scharf and Milena Saban; directed by Michelle DeGrace; produced by Sam Varriale and Thatcher Johnson-Welden; cinematography by Ruby Scharf; production design by Emma Friedman; editing and sound design by Milena Saban; music by Tim Carlos.

“The Big L,” a third-year film. Inspired by characters from her favorite comic books, a young girl becomes her own superhero in an effort to stand up to the bullies at her school. Written by Willow Augusta Longbrake; directed by Joey Moore; produced by Sam Varriale and Julia Lofton Walpole; cinematography by Jack Salmon; production design by Jordan W. Sayman; edited by Ash Malone; sound design by Joe Linford; music by Scott  Rodeheaver.