UNCSA alumnus Timoth Mackabee is nominated for a Lucille Lortel Award for scenic design of "Seared." 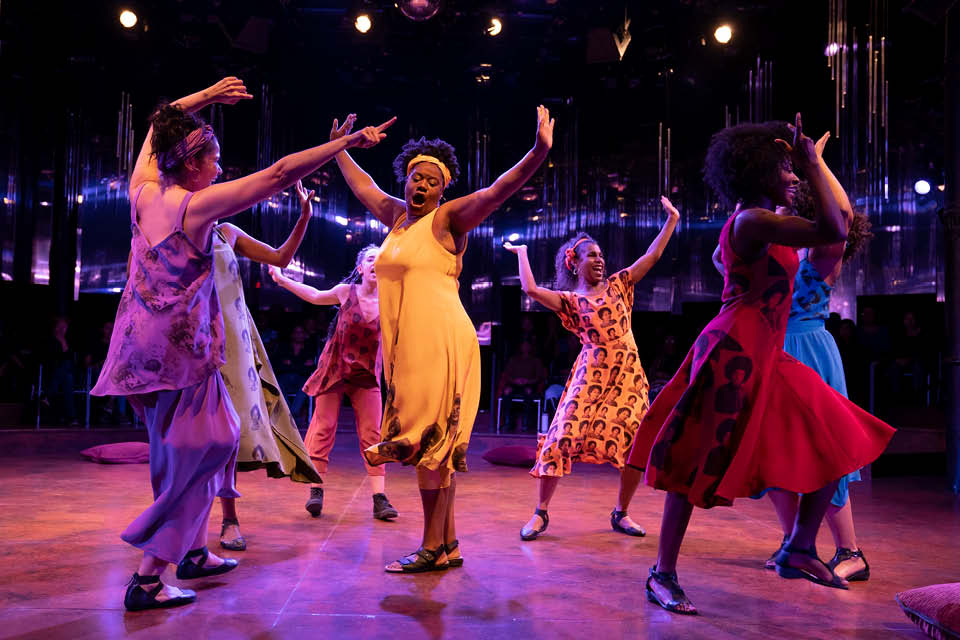 Camille A. Brown is nominated for Lucille Lortel and Drama Desk Awards for her choreography of "for colored girls who have considered suicide when the rainbow is enuf."

She is an award-winning dancer and choreographer whose recent work includes Broadway’s “Choir Boy,” which earned her a Tony Award nomination in 2019, and “Once on This Island” in 2017. She choreographed the Metropolitan Opera’s “Porgy and Bess” for the 2019-20 season, and NBC’s “Jesus Christ Superstar: Live” in 2018. Brown previously was nominated for a Lortel Award in 2018 as choreographer for “Bella.” She is slated to choreograph the upcoming Broadway production of “Soul Train.” She is the recipient of a 2019 UNCSA Alumni Artpreneur Award for creative enterprise to help sustain her New York-based company, Camille A. Brown and Dancers.

Halper (BFA Drama '14) is nominated for a Lortel Award as Best Featured Actor in a Musical for "Sing Street.” He was expected to make his Broadway debut when the production transferred to Broadway with an April 19 opening. Halper was previously nominated for a Lortel Award as featured actor in 2017 for “Ride the Cyclone.” He has appeared in the Cinemax series “Jett,” the Apple TV+ series “Dickinson” and NBC’s “Law & Order True Crime: The Menendez Murders.”

Renkel (BFA Design & Production '15) is nominated for both the Lortel Award and the Drama Desk Award for Outstanding Projection Design for "Emojiland The Musical." She is an award-winning designer of video and projection for theater, dance, music, live events, and installations. Broadway credits include “Tina: The Tina Turner Musical,” “Ruben & Clay's First Annual Christmas Carol Family Fun Pageant Spectacular Reunion Show," and “Junk.” Music production credits include Justin Bieber’s “Changes Tour,” Jennifer Lopez’s “It’s My Party Tour,” the MTV Movie and TV Awards, and Billboard Music Awards. Renkel won a New York Innovative Theater Award and an All Out Arts Award and has been nominated twice for BroadwayWorld Boston Awards. 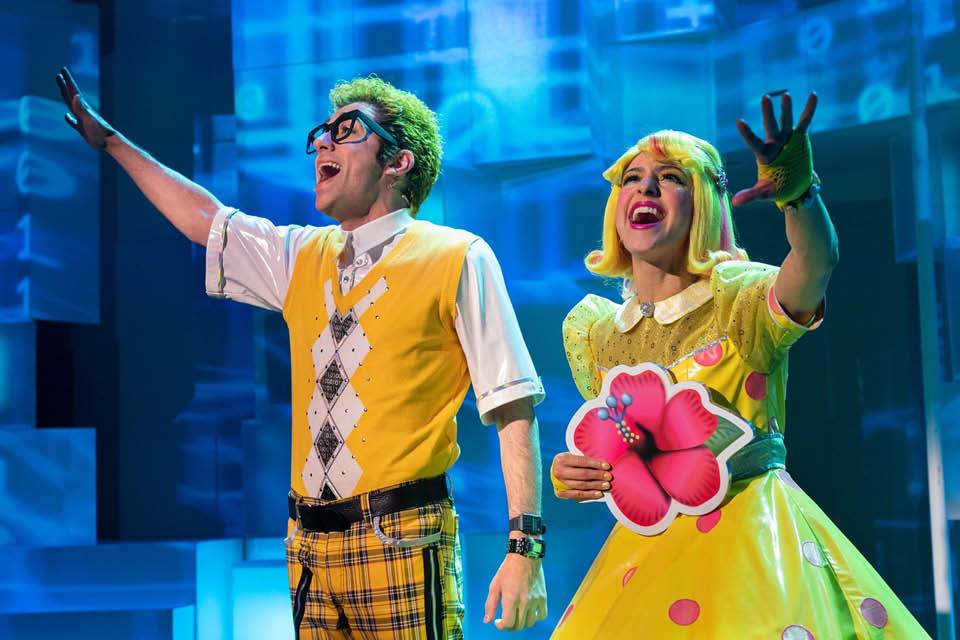 Lisa Renkel is nominated for Lucille Lortel and Drama Desk Awards for projection design of "Emojiland: The Musical."

Mackabee (BFA D&P '03) is nominated for a Lortel Award for Outstanding Scenic Design for "Seared." He has designed for Broadway and off-Broadway productions as well as opera, dance, film and television. Broadway credits include “The Elephant Man” and “Mike Tyson: Undisputed Truth.” He was associate scenic designer for Broadway’s “Frozen,” “Wolf Hall Parts 1 and 2” and “The Cripple of Inishman.” Television credits include Fox’s “Gotham” and NBC’s “Smash,” “Football Night in America” and “Today.”

Poe was company manager for LAByrinth Theater Company in New York for seven years, and has two decades of experience as a stage manager, company manger and production manager. As a playwright, her work has been developed at LAByrinth, Cherry Lane Theatre, Barefoot Theater Company, The Actors Studio, The Public Theater, NY Madness, Nylon Fusion Theatre Company and Cincinnati Playhouse. Her plays have been published by Dramatists Play Service and in Smith & Kraus Best Monologues of 2014. She is the recipient of a Celebrating Women Playwrights grant.

The awards will be presented during an online event at 7 p.m. Sunday, May 3, broadcast on LortelAwards.org as a benefit for the Actors Fund, which was founded in 1882 to provide a safety net for performing arts and entertainment professionals over their lifespan.

The annual Drama Desk Awards honor outstanding achievement by professional theater artists on Broadway and beyond. The winners will be announced on Sunday, May 31, with details to come.