From auditioning for his first television pilot to landing the principal role of Erik Menendez in NBC’s “Law & Order True Crime: The Menendez Murders,” Gus Halper (Drama ’14) has taken his UNCSA training with him every step of the way.

“As an actor, your job is to explore human motivation—why people do things, how they behave when they want certain things—and you can’t do that really well unless you’re examining yourself,” says Halper. Taking on the role of Erik in “Law & Order True Crime: The Menendez Murders,” he had to do just that. The show, starring Emmy and Golden Globe Award-winning Edie Falco, is a limited series that explores the 1993 and 1995 trials of Erik and Lyle Menendez, who were convicted of the 1989 murder of their parents and are currently serving life sentences in prison. In preparing for the emotionally taxing role, Halper had to research and go into the minds of the Menendez brothers. 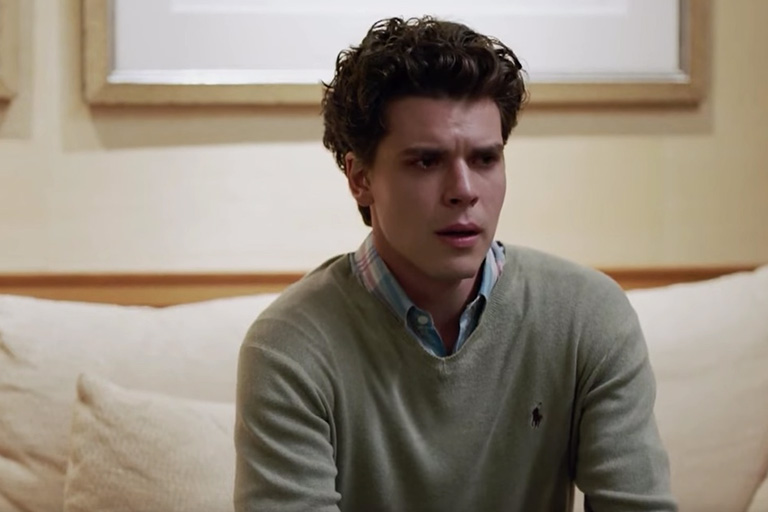 Like any actor, Halper’s path has been anything but straight forward. Fresh out of college in 2014, he had a year of nonstop auditions, a few small parts and a lot of soul searching. Tired of waiting for the dream job to fall into his lap, Halper connected with a group of young UNCSA alumni who had launched a theatre company in NYC called Taksu Theatre Company.

While rehearsing for a role in Taksu’s Brooklyn production of Shakespeare’s “The Tempest,” Halper found out that he landed the lead role in the 2015 ABC pilot “The Kingmakers” less than 24 hours before the first cast read through and 48 hours before the first day of shooting. This was the moment that Halper had been waiting and working for, and he drew deeply upon everything he had learned during his four years at the UNCSA School of Drama. He knew exactly who his character was, because he knew himself. “The acting program at UNCSA demands that you become a more conscious person—to really know your own motivations and fears—and teaches you how to put action, breath and words to those motivations,” says Halper.

The acting program at UNCSA demands that you become a more conscious person—to really know your own motivations and fears—and teaches you how to put action, breath and words to those motivations.

Halper’s hard-won self-awareness impressed executive producer Sallie Patrick, who cast him as the lead in “The Kingmakers” pilot after seeing his audition tape for a smaller role. “We had a running joke on set that by the end of the shoot, Gus was going to be running the show,” says Patrick. “He's not only an incredibly gifted actor who delivered in every scene, but he was keenly aware of everything around him—a misplaced prop, a mark that had shifted, continuity issues, etc.—and he'd point these things out humbly and quietly, doing more than his part to keep everything on track. That kind of intense awareness of the production process (as well as his place in it) is a rare trait for any actor, but especially one so young.”

It helps that acting is in Halper’s DNA. His mother, actress Deann Simmons Halper (’84), trained at UNCSA as part of an acclaimed class that included Peter Hedges—novelist, playwright and filmmaker who wrote and directed “The Odd Life of Timothy Green” (2012)—and Joe Mantello, award-winning actor and director who appeared in the original Broadway cast of “Angels in America.”

ABC ultimately passed on “The Kingmakers” as a series, but the whirlwind three-week shoot, plus the experience of working with young and creative performers on “The Tempest,” gave Halper a new sense of purpose as a professional actor.

“I’m really excited about the idea of discovering our generation of artists, even more than working with people who have been in the industry for decades,” says Halper, whose home base is New York. “There’s something more fun about feeling like you’re the first person to do something a particular way, to keep some of that creative innocence.” 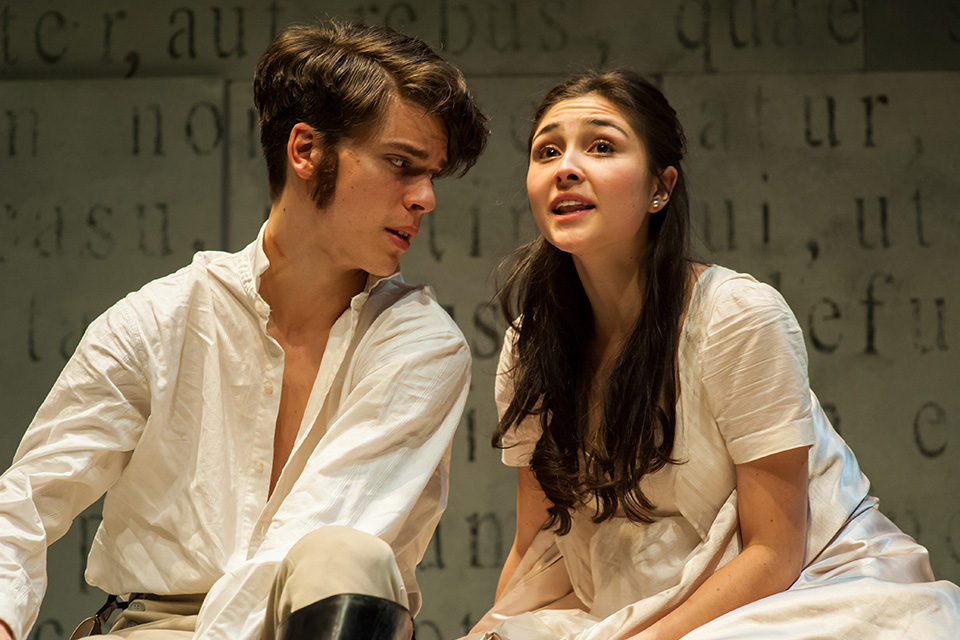 Born and raised in Manhattan, Halper made a conscious decision not to apply to acting programs in New York.

“Honestly, one of the unique things about the UNCSA acting program is being in Winston-Salem,” says Halper. “You have the luxury of shutting out the noise for four years. That’s a huge upside. It creates a really insular, protective environment where you get to completely indulge in your art and your creativity. UNCSA is a community of people who encourage you to be braver than you are, to be more creative, to take bigger risks and to be more emotionally open. You don’t get that everywhere.” During his time at UNCSA, Halper studied under acclaimed theatre director Carl Forsman and the legendary mask teacher Robert Francesconi.

His advice to current and aspiring UNCSA students is not to focus too much on the “success” stories, even his own.

“That’s not the point,” says Halper. “No matter what path you take after UNCSA, this experience is going to make you a happier, more fulfilled, more open and more giving person. That’s the reason that UNCSA alumni are some of my favorite people. I have a strong suspicion that they’re so in touch with who they really are because they’ve gone through a program like the School of the Arts.”