Dean of the School of Dance, once dubbed “America’s Quintessential Ballerina” by The New York Times, Susan Jaffe once struggled with her own negative beliefs.

And then, she found a solution that transformed her craft and her life. That’s why Jaffe developed a course and method called “The Effect of Intention: A Creative’s Mindset,” to help dancers and other creatives break free from what she calls the “programming” holding them back on stage and in life.

“Our mind is a wild animal, like an untamed horse,” Jaffe says. “We have to become the person that tames that animal.” Her course draws upon three decades of her own study of practices such as intention-setting, affirmations and mindfulness/ meditation, assembled in practical lessons to help students break through self-limiting beliefs. 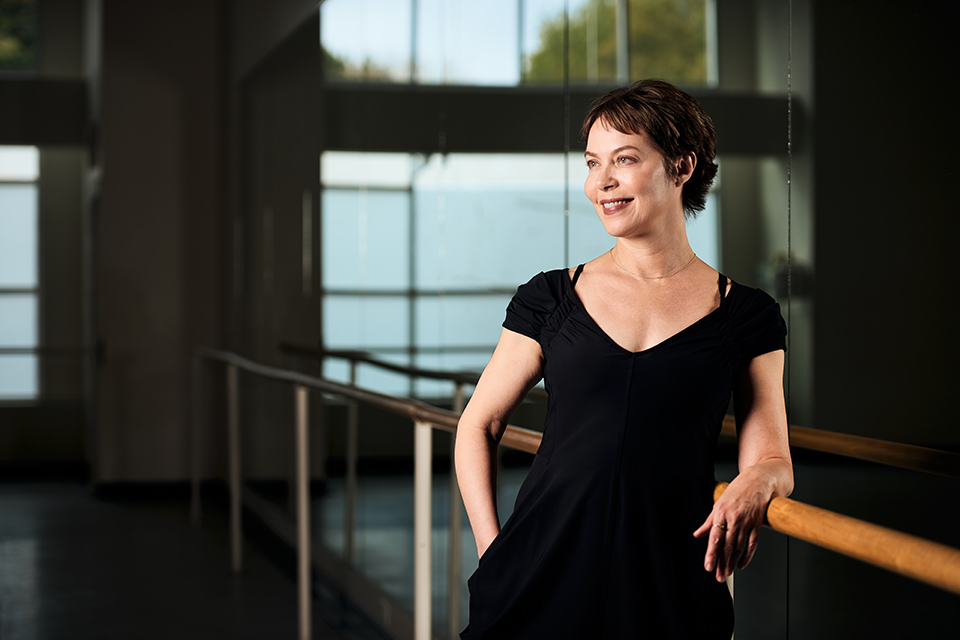 Jaffe designed the course to help students recalibrate their perceptions and limiting beliefs — beliefs that may have been instilled in them at a young age (even inadvertently) by parents, teachers or friends. Through the lessons, she draws upon scientific research and personal experiences from her storied dance career, including serving as principal dancer with American Ballet Theatre (ABT) for 22 years.

She says that like so many other dancers and creatives who strive for excellence, she had to learn how to break free of speaking negatively to herself. But it’s not just creatives who struggle with negative self-talk. Everyone walks around with limiting beliefs, Jaffe explains. For instance, a parent may have scolded a child and in an instant, the child believes they are “bad” or “wrong,” impacting their self-esteem. If they are not addressed, these beliefs can carry on through life, impacting one’s ability to realize one’s full potential, whether on stage or off.

“Our programming literally runs the show,” Jaffe says. “The good news is that if there is programming that isn’t serving you, you actually have the ability to change your thoughts and beliefs.”

She reveals: “When I was a (beginning professional) dancer, I struggled with simple self-esteem: ‘You’re not good enough, you’re going to fall out of your pirouette.’” In the 1990s, she started to truly examine the obstacles that were holding her back — specifically her own perfectionism. She began to change her mindset by practicing meditation and affirmations.

As her spiritual practice deepened, Jaffe also worked with teachers like Juliu Horvath, the creator of the Gyrotonics movement system, who helped her learn a series of deep breathing and yoga exercises. She also pored through meditation books. The results on stage were striking.

“When I started doing this work and moving to a more life-affirming mindset, it was like Cinderella’s fairy godmother came down to help. My career took off,” Jaffe says.

“When I started doing this work and moving to a more life-affirming mindset, it was like Cinderella’s fairy godmother came down to help. My career took off.”

Though her course isn’t exclusively for dancers, she draws from her own experience as a dancer. One example she gives is when she worked with the famous French dancer Sylvie Guillem. “The first day of rehearsal, Sylvie could not do her arabesque turns to save her life. She tried several times and when she couldn’t do it, she confidently shrugged and said in her very French way, ‘Tomorrow!’” Jaffe saw how Guillem didn’t beat herself up for not being able to complete the move, but rather gave herself permission to try again the next day, which worked.

Jaffe says this moment helped her understand that how we talk about ourselves impacts our abilities to achieve goals. In this case, she believes negative phrases, like “I can’t do it,” impact a dancer’s ability to perform. “Things became so much easier when I stopped reprimanding myself for every mistake.”

In addition to gleaning from her own experience, Jaffe says that during her career she has learned tips about resilience and power from some of the greats, like her former ABT partner, Mikhail Baryshnikov.

When Jaffe retired from the stage and began coaching and teaching, she realized that so many dancers, both students and professionals alike, struggle with poor self-esteem. Without a balanced mind and heart, the work is affected, she says. “I watch dancers and think, ‘If you could just drop that mindset you could be so free and do so much more, but you have all this “stuff” in the way that impacts the way you move. We are all energy, and what we think impacts how we move and how we show up.’” 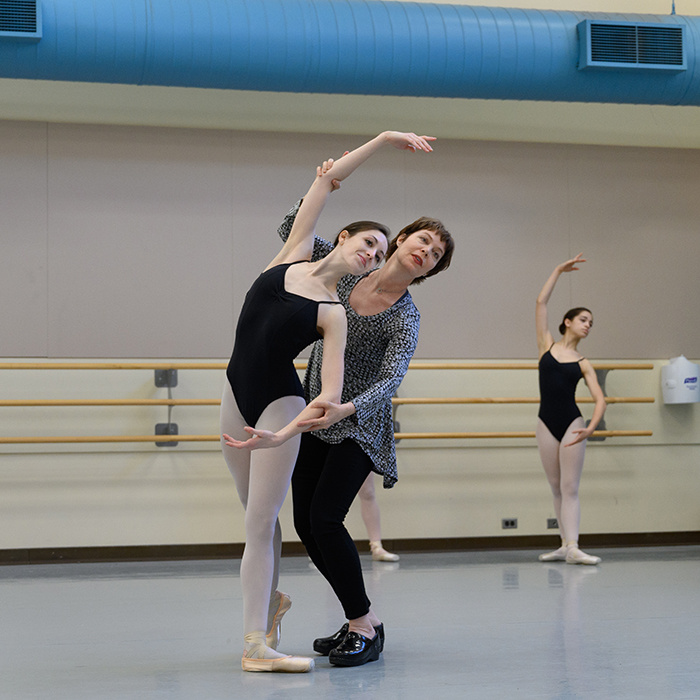 She says she developed “The Effect of Intention” to share a lifetime of what she’s learned about how one’s inner landscape affects their art and their success – in any field.

Jaffe has presented the six-hour workshop around the country, from the Orlando Ballet to the University of Utah, and from Point Park University to UNCSA (where it’s free for students and faculty). Anyone can use the principles, she maintains, whether they are a dancer, artist, or just someone in search of a more positive mindset. The course is available online, at susanjaffe.com.

Jaffe says she’s seen the principles espoused in the course transform students time and time again. She points to the example of a student who had immense talent, but had trouble auditioning for the role of Sugar Plum Fairy for an upcoming performance of “The Nutcracker.” “I pulled the student aside and shared some of the concepts of the course,” Jaffe says. “This young lady’s eyes became so big! It had never occurred to her to think about how her mindset impacted her experiences.” The dancer applied the principles and in a very short period of time her dancing completely transformed.

“A few days later, a fellow faculty member said, ‘I don’t know what you told that student, but I guess she’s going to dance the role of the Sugar Plum Fairy now!’”

Editor's Note: Susan Jaffe has announced that she will step down as dean of Dance at UNCSA to take on a new role as artistic director of Pittsburgh Ballet Theatre, effective July 1.

This article appeared in the Spring 2020 issue of Scene.
READ THE COMPLETE ISSUE