Susan Jaffe will step down as dean of the School of Dance on June 5, Interim Chancellor Brian Cole has announced. Jaffe, who became the school’s fourth dean in 2012, will become artistic director of Pittsburgh Ballet Theatre effective July 1.

“Susan Jaffe has accomplished so much for UNCSA’s renowned School of Dance, and we wish her the very best in this next step in her already exemplary career,” said Cole. “Susan’s leadership and dedication to excellence, as well as impressive credentials, have elevated our dance school, and will be leaving it well-positioned for a strong future.”

Jaffe said, “Working at UNCSA has brought me some of the happiest years of my life. I am leaving the school, which deserves its reputation as one of the country’s best dance schools, in the more than capable hands of our incredibly talented faculty and staff, and of course, our extraordinary students. I look forward to learning about future accomplishments and accolades.”

At UNCSA, Jaffe oversaw the creation of the leading-edge Choreographic Institute, a summer program that fosters the development of new work by established and emerging choreographers. She helped the school raise significant funds, including $3.5 million for the Choreographic Institute, the Gillian Murphy Endowed Scholarship Fund, the Melissa Hayden Endowed Scholarship Fund, and other significant scholarships. During her tenure, several donors established a $125,000 endowed scholarship in her name.

Jaffe secured some of the finest dancers and dance instructors from around the world -- including UNCSA alumni Gillian Murphy and Camille A. Brown -- as guest artists to complement the talented resident faculty, and she strengthened and expanded the dance school’s relationship with American Ballet Theatre, where Jaffe was formerly a principal dancer. UNCSA has been the Exclusive Educational Affiliate School of the American Ballet Theatre since 2011. 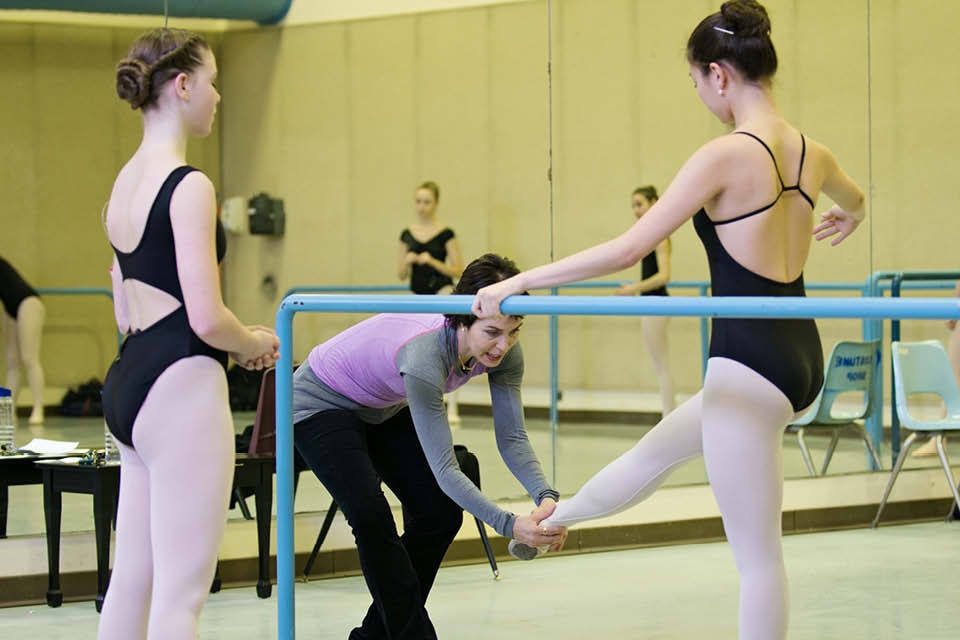 In 2013, Jaffe revamped the Preparatory Dance Program from a free program to a sustainable tuition-based program, hiring Director Susan Brooker, a master teacher who trained the preparatory faculty in the ABT National Training Curriculum. Under Jaffe’s leadership, five UNCSA students have been selected to take part in the prestigious Prix de Lausanne since 2014.

She choreographed three works while at UNCSA: “Metallurgy,” “Carmina Terra” and “Polovtsian Dances,” and staged two others: “Raymonda” and Act III of “The Sleeping Beauty.”

Most recently, Jaffe developed a six-hour workshop called “The Effect of Intention: A Dancer’s Mindset,” to share a lifetime of what she’s learned to help dancers and other creatives break free from what she calls the internal “programming” that holds them back on stage and in life.

Declared by The New York Times as “America’s Quintessential American Ballerina,” Jaffe was a principal dancer for 22 years with ABT where, after retiring from the stage, she joined the faculty of the Jacqueline Kennedy Onassis School. She was named a ballet mistress with the main company in 2010. Recipient of numerous awards, including the Dance Magazine Lifetime Achievement Award, Jaffe has worked with luminaries such as Mikhail Baryshnikov, Natalia Makarova, Jiri Kylian, Twyla Tharp, Kenneth MacMillian, George Balanchine, Jerome Robbins, Merce Cunningham, and dance partner José Manuel Carreño.

An interim dean of the School of Dance will be announced in the coming weeks, and UNCSA will begin a national search for the next dean.