You've likely seen "The Wizard of Oz" before, but watch it with fresh eyes and look for historical context clues.

13 films to watch before coming to film school

You’ve enrolled in film school at UNCSA. You have some gear, creativity in spades and an impressive working knowledge of films, from award-winners to obscure. But there’s always room for growth, and summer is the perfect time to brush up on your watch list. Cinema Studies professor and assistant dean of academics Renata Jackson has compiled a list of films to see before you step foot in the classroom or on the sound stage.

Here are recommendations for not just what to watch, but how to watch movies:

Pay attention to how the film is shot and cut together, how sound is designed and what the film is ‘saying.’ Take Spike Lee’s “BlacKkKlansman” (2018) and Federico Fellini’s “8½” (1963), for example. These two films couldn’t look more different from each other, but both are extremely cinematic and both are important touchstones for aspiring filmmakers. By cinematic, I mean that they each take advantage of the creative capabilities of motion pictures to tell their stories in ways unique to this audiovisual medium. By important touchstones, I mean these are celebrated works of storytelling on film that are entertaining while also addressing relevant themes and social issues.

“8½” is a dramedy that takes to task a womanizing film director who can’t distinguish his real life, childhood memories or fantasies from the film he’s trying to make. It’s a great example of the aphorism “form is content,” as the dream-like ambiguity of the film’s structure reflects the protagonist’s own confusion. “BlacKkKlansman” is a feature dramatization based on the memoir of Ron Stallworth, the first black policeman in the Colorado Springs Police Force, who in the 1970s launched an undercover operation that infiltrated the local chapter of the Ku Klux Klan. In presenting Stallworth’s story, Lee shines a bright spotlight on systemic racism, then and now.

Look at every film in its historical context: what was happening when the film was made? What might the film be responding to? “The Wizard of Oz” (1939) is a classic musical that operates at a delightful fantasy-level where characters burst into song or dance to express their emotions. It was released on the cusp of World War II, when not only were women’s roles fairly prescribed, but also the United States was not yet committed to the Allied cause. It’s not surprising the film would convey the idea that “there’s no place like home.”

At the other end of the stylistic spectrum is “Wild” (2014), a realist drama based on the true story of Cheryl Strayed, who in the late 1990s challenged herself to a grueling 1,000-mile trek from Southern California to Washington State along the Pacific Crest Trail. This is a more contemporary narrative that does not sugar-coat the difficulties and dangers of a young woman venturing out on a solo odyssey, but the story is no cautionary tale advising her (or the viewer) against such an adventure; rather, the film celebrates her strength and endurance in pushing herself beyond her comfort zone.

Be open to “old” movies and “long” movies

Challenge yourself beyond your comfort zone! Watch a silent black and white film from the early 20th century, such as Fritz Lang’s expressionist sci-fi opus, “Metropolis” (1927). “Silent” movies were always presented with some kind of musical accompaniment. Over the years, diverse prints of “Metropolis” (the most recent restored version runs 2½ hours) have been scored by various composers; so you could watch two versions of Lang’s film and listen to the different ways in which the disparate musical choices create or complement the emotional mood of a scene, or comment in some manner upon the narrative. 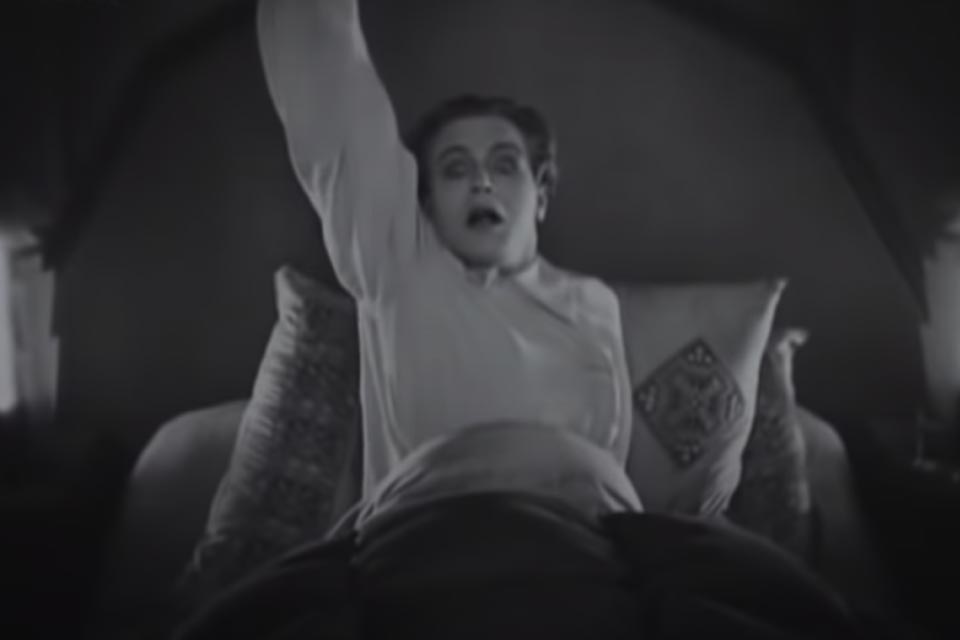 Listen to the way the film music composition impacts this scene from "Metropolis."

Sometimes filmmakers use the medium to directly address their current socio-political situation; sometimes their very circumstances prohibit them from doing so. French director Marcel Carné began shooting “Children of Paradise” in 1943, while France was under German occupation and its industry under German control. German authorities not only censored story content, but also film length. No movie was allowed to criticize the Occupation or run longer than 90 minutes. Carné therefore avoided the subject of the war entirely by telling a tale set in the early 1800s. He finished shooting in March 1944, but slowed down post-production so the film would be finished after a much hoped-for liberation. In that way, he kept the film—an epic love story running just over 3 hours—from being confiscated by the Germans. “Children of Paradise” was the first French film shown in France after the German occupation, and its popularity was so great that it played on screens in Paris steadily for over a year.

No one embarks upon the arduous task of making a movie without wanting to communicate something to their audience, and that is particularly the case with the advocacy documentary filmmaker. Similar to an advocacy journalist, this type of filmmaker openly acknowledges their subjective viewpoint while following a professional code of ethics that obligates them to cross-check and present data accurately, thoroughly and in context.

Ken Rosenthal’s “Crooked Beauty” (2011) introduces us to Jacks Ashley McNamara, a painter, poet and philosopher who was diagnosed with manic depression when she was a teenager. Rosenthal’s lyrical imagery accompanies McNamara’s voice-over meditations on her own experiences and on how our institutions view and treat those with bipolar disorder. Together, Rosenthal and McNamara advocate for better mental health services from the medical community and greater compassion from society at large. 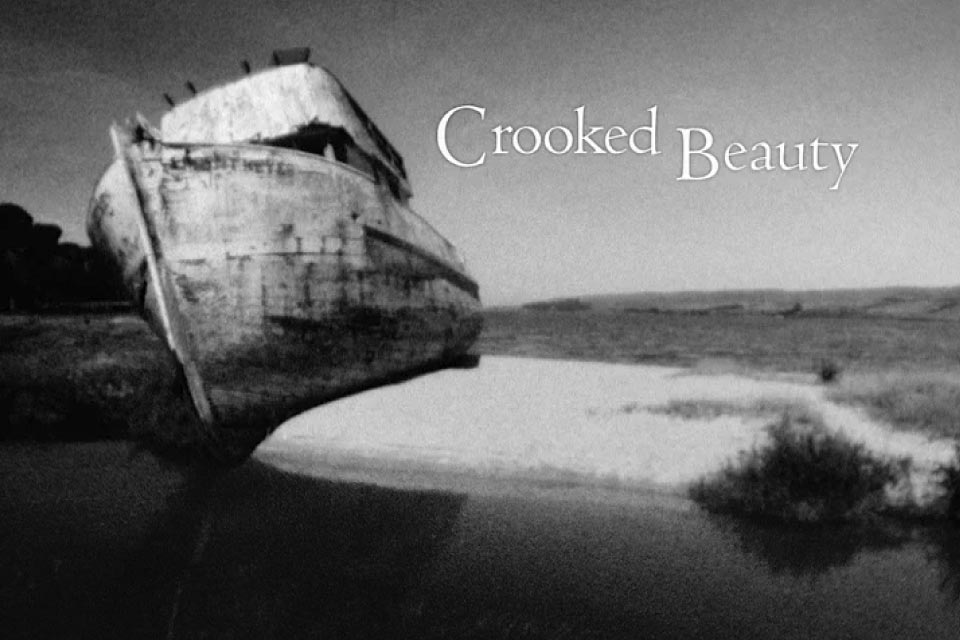 Watch "Crooked Beauty" in its entirety from the filmmaker's Vimeo account.

Sean Fine and Andrea Nix Fine’s “War Dance” (2007) raises awareness about the longstanding hardships in Uganda, where since 1986 the Lord’s Resistance Army has wrought havoc upon its fellow citizens. Claiming its goal is to end government oppression and violence, this rebel group is itself engaged in extreme violence and oppression. The documentary follows three adolescents from the Acholi tribe who have suffered mightily at the hands of the Lord’s Resistance Army, either having lost family members to their brutality, or having been kidnapped and forced to serve as child soldiers. The filmmakers follow them as the Acholi tribe competes in a national music competition. In “War Dance,” we see the healing power of music, dance and song for incredibly resilient children who rise above their victimization.

Watch films from around the world

As aspiring filmmakers, you need to be curious and caring about what’s happening around you, not only in your immediate community and country but also around the globe. You can learn so much about cinematic storytelling from your predecessors, and not just from Hollywood filmmakers, but also those from Europe, Africa and Asia.

Watch the more meditative pace and looser narrative structure of works by directors such as Satyajit Ray from India, who made “Pather Panchali” (1955) about an impoverished family trying to make ends meet in West Bengal. Watch Senegalese director Ousmane Sembene first feature, “Black Girl,” (1966) about a young Senegalese woman who is mistreated by the wealthy French couple who employ her. Notice the striking tonal shifts in the films of Bong Joon Ho (Oscar-winning “Parasite,” 2019, is just his most recent example).

Or notice the other Oscar winners shot in B&W for both aesthetic and dramatic effect. Pawel Pawlikowski’s “Ida” (2013) tells a fictional tale of a young novitiate nun in the early 1960s who is about to take her vows when she learns that she is the daughter of Jewish parents who perished in the Holocaust. Alfonso Cuarón’s semi-autobiographical “Roma” (2018) follows the trials and tribulations of a middle-class family’s live-in maid during the 1970s. These quiet dramas on film move us because they do what storytellers do best: illuminate aspects of our shared human experience.