A still from "The Arbors"

Just in time for Halloween, several School of Filmmaking alumni premiered their science fiction/thriller film “The Arbors” at the Austin Film Festival, held virtually this month. Having already received an Honorable Mention award and Staff Pick review from the festival, “The Arbors” shows what can happen when Pickles work together.

Filmed in the summer of 2016 in the Winston-Salem area, “The Arbors” is a feature film about a lonely locksmith named Ethan who longs to reconnect with his distant younger brother Shane. Ethan's life takes an unsettling turn after finding a strange small creature and forming a mysterious connection. After several unexplained killings, the creature's true nature is soon revealed and Ethan finds himself at the center of panic and paranoia. 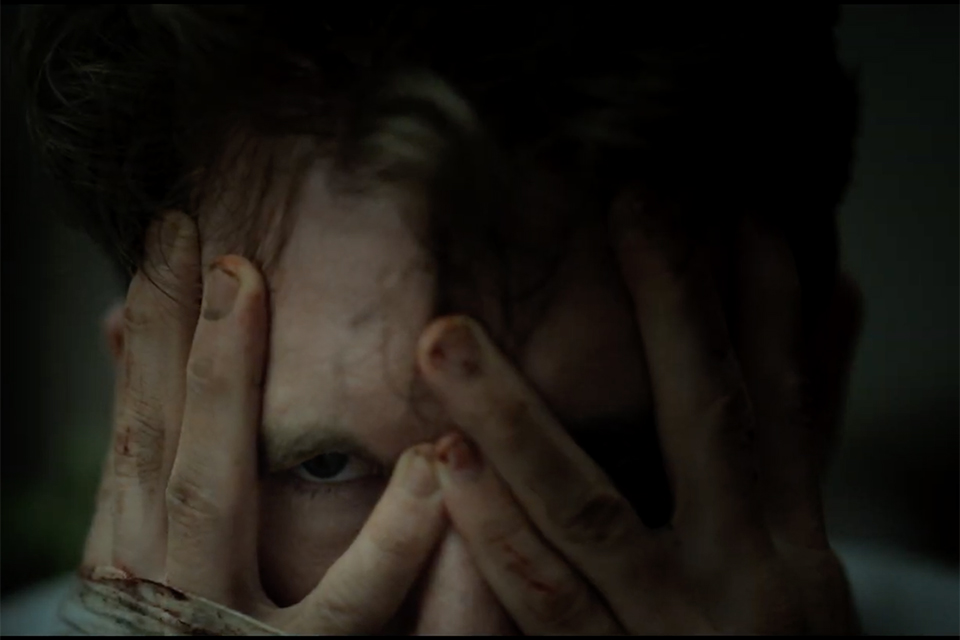 Watch the teaser trailer for "The Arbors."

The production’s key crew was made up entirely of Filmmaking alumni. Director and writer Clayton Witmer, producers Clayton Aggeles and Michael Samilow, cinematographer Ayinde Anderson, production designer Jonathan McCarter, editor Jeremy Darnell, sound designers Darnell and Akira Fukasawa, music composer Benjamin Hoff, writer Chelsey Cummings and another dozen members of the cast and crew are all alumni. Aggeles, a native of South Carolina, says that the decision to work with former classmates was an easy one. “While at school, you develop a common vocabulary and sense of trust with everyone in your class because you work with them on a daily basis.”

Another aspect that makes “The Arbors” unique is that the production team used the crowdfunding platform Kickstarter to raise over $11,000 in just two weeks — ultimately raising nearly $15,000 on the platform — for the project. Through their background working on student films, Aggeles said that the team was confident they would be able to pull off a high quality film on a low budget.

The film was originally set to premiere at the 2020 RiverRun International Film Festival with a screeing on the UNCSA campus, but when the festival was canceled due to COVID-19 the future of the film was uncertain. After sending in a rough version of the movie to the Austin Film Festival last year that did not end up being chosen, the team submitted a final version and was ultimately selected for the 2020 festival. “Time and patient endurance with this was key, I believe,” says Aggeles.

With our premiere approaching, we’ve been feeling nostalgic about the incredible experience our crew had while making ‘The Arbors.’ Every step of this production has brought challenges that we couldn’t have overcome without the support of our friends, family, and people all over the world. As our movie has grown, we have grown alongside it. Three years later, we’re a little older, a little wiser, and very excited to share our movie with everyone. Stills by: @jennlewisphotography . . . . #thearbors #arborsmovie #independentfilm #indiefeature #featurefilm #horrormovie #scifithriller #thrillerfilm #scifimovie #setlife #ncfilm #localfilm #cast #scififilm #horrormovies #indiemovie #redepic #indiefilm #filmlife #set #indiehorror

As far as participating in a completely virtual festival, Aggeles says that it’s definitely been interesting. “It is most of the team’s first time doing a festival circuit with an independent project, but learning an entirely new nature of festivals as they are right now is something I think is mutual across the board from experienced professionals to first time filmmakers.” He adds that Austin is notable for their screenplay competitions, so it is a great benefit to stand out as a film accepted into their festival slate this year.

Full of classic ‘Don’t go in there!’ moments, dark twists and turns, and underlying relatable story stringing it all together, I’d recommend grabbing your Halloween candy bowl and settling in for a true monster film this October with ‘The Arbors.’

Looking to the future of “The Arbors,” Aggeles says that the production team hopes that this film could be a calling card for future projects. “Right now we’re in development on another script to pitch for any interested parties, and it will definitely be an evolution of our growth from ‘The Arbors.’ There was a lot to learn from making our first feature, and we are prepared to carry over those lessons, in story and in production.”

Aggeles also hopes that aspiring filmmakers will look to “The Arbors” as a source of inspiration and confidence. “It’s easy to look at larger projects that inspire us and see an unscalable hill to climb in order to make your own stuff, but the uniqueness and difficulty of the journey ended up being one of the sweetest parts about it. If you can find a willing, passionate and dedicated team of people that care about making something special all the way through, you’ll have your own voice to learn, grow and share in with them.”