The School of Music at the University of North Carolina School of the Arts presents a compelling season of livestreamed performances by professional guest artists that span time and genre, from Bach’s organ solos to Yiddish and Hassidic songs and Klezmer dance, and from lieder of the Romantic period to Beethoven string quartets by one of the world’s leading string quartets.

“We are proud to present such a diverse array of guest artists who represent the range of possibilities for a career in music, while giving our audiences access to some of the most talented musicians performing today,” said Interim Dean of Music Saxton Rose. “Witnessing these artists’ musical expertise is one of the hallmarks of conservatory training for our student-artists, and a tremendous value for our community of musicians and music lovers.”

Bach Reflections: Organist Michael Unger in Concert
Tuesday, Feb. 23 at 7:30 p.m.
Livestream (from Crawford Hall)
Prize-winning organist and harpsichordist Michael Unger performs a recital of repertoire by Johann Sebastian Bach in dialogue with music that inspired him and was inspired by him. The program will include music by Dieterich Buxtehude, Felix Mendelssohn, Nadia Boulanger, as well as improvisation and more on the School of Music’s C.B. Fisk, Op. 75 organ.

Originally from Toronto, Michael Unger is a multiple award-winning performer who appears as a soloist and chamber musician around the world. Recent solo recitals include performances for national conventions of the American Guild of Organists, Organ Historical Society and Historical Keyboard Society of North America, Five Continents – Five Organists Festival at Seoul’s Sejong Center, Internationale Orgelwoche Nürnberg – Musica Sacra, and numerous international and regional recital series. He received favorable international reviews for his debut solo organ recordings under the Naxos and Pro Organo labels, and his performances have been broadcast on North American and European radio. Formerly the organist of New St. James Presbyterian Church in London, Ontario, he is currently the organist and music director of South Presbyterian Church in Rochester, New York.

A multi-instrumentalist, composer and ethnomusicologist, Netsky is founder and director of the Klezmer Conservatory Band and musical director for Itzhak Perlman’s Klezmer and Yiddish music project, “In the Fiddler’s House.” He has composed extensively for film, theater and television in collaborations with Perlman, Robin Williams, Joel Grey, Robert Brustein and Will Lebow. Composer/performer/improviser MacAdam-Somer, hailed by The New York Times as reflecting "astonishing virtuosity and raw expression," has been a featured soloist with symphony and chamber orchestras; jazz and swing bands; and Romanian, Jewish music and American folk ensembles. She has written numerous works for solo artist on voice, violin, and body percussion. Her 2015 live solo album, “My First Love Story,” was listed as one of the top 10 jazz albums of the year in the Boston Globe. Together, Netsky and MacAdam-Somer co-chair New England Conservatory’s Department of Contemporary Improvisation in Boston. 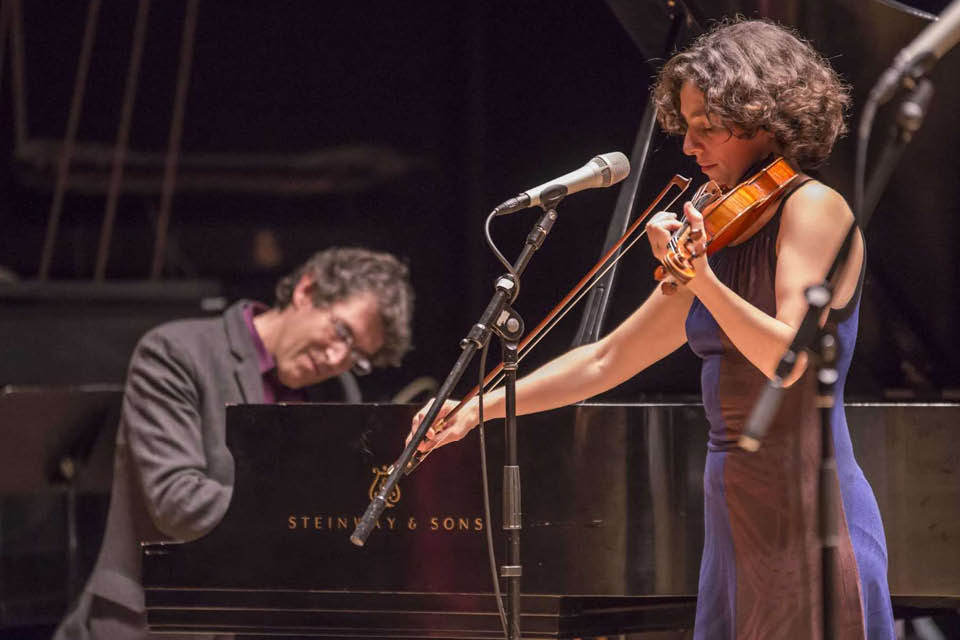 Baritone Kevin McMillan and pianist Gabe Dobner in recital
Tuesday, April 6 at 7:30 p.m.
Livestream (from Watson Hall)
Grammy Award-winning baritone Kevin McMillan and pianist Gabe Dobner perform a recital of lieder. Described as an “outstanding Schubertian whose voice of glowing freshness and beauty is at the service of an intelligent, lively and distinctive personality,” McMillan is a renowned performer and vocal pedagogue. Despite an unfortunate farming accident 35 years ago that left him a partial paraplegic, McMillan is a preeminent recitalist, and his performing career has spanned over 30 years with more than 800 concerts, 16 professional recordings, a Grammy Award, a Gramophone Award and numerous Juno Award nominations. McMillan has performed in concert with the New York Philharmonic, the Boston Symphony, the Los Angeles Philharmonic, The Cleveland Orchestra, the Philadelphia Orchestra and throughout Europe.

A “master among collaborative pianists” (West German Radio), Dobner has recorded for Ottavo, MDG and Hänssler Klassik Profil. He has recorded with Metropolitan Opera star Gerhard Siegel and with baritone Laurence Gien, and extensively for radio broadcasts, including those for Saint Paul Sunday, the Bayrischer Rundfunk, Südwestfunk, Westdeutscher Rundfunk, Mitteldeutscher Rundfunk and the Chubo-Nippon Broadcasting Company in Japan. Dobner spent nine years in Germany, during which time he won the collaborative pianist’s prize in the International Hans Pfitzner Lieder Competition held in Munich.

Inspiring audiences for more than 25 years, the Borromeo String Quartet is admired and sought after for both its fresh interpretations of the classical music canon and its championing of works by 20th- and 21st-century composers. The quartet is regarded as a pioneer in the use of technology in chamber music performance, having become the first string quartet to use laptops on stage. The Boston Globe has hailed the ensemble’s “edge-of-the-seat performances” and called it “simply the best.” 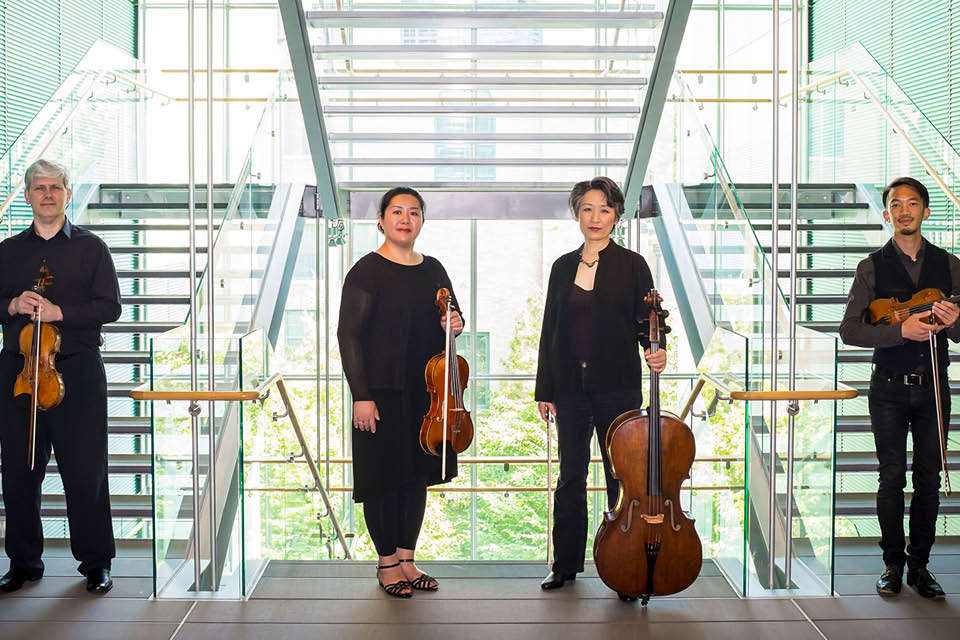 The Borromeo String Quartet will perform on April 10.

The quartet has collaborated with some of this generation’s most important composers, including Gunther Schuller, John Cage, György Ligeti, Steve Reich, Aaron Jay Kernis, Osvaldo Golijov, Jennifer Higdon, Steve Mackey, John Harbison, Sebastian Currier and Leon Kirchner, among many others; and has performed on major concert stages around the globe. The Borromeo Quartet has been the ensemble-in-residence at the New England Conservatory and Taos School of Music, both for 25 years.