Contemporary dancers film a scene for "Waiting in the Wings" at Innovation Quarter in downtown Winston-Salem. / Photo: Peter Mueller

UNCSA will present the world premiere of a new dance film, “Waiting in the Wings,” by award-winning choreographer Larry Keigwin, commissioned for seniors in the contemporary dance program of the School of Dance and filmed in downtown Winston-Salem and on the UNCSA campus.

Keigwin’s choreography has been performed on prominent stages including the Kennedy Center, the Joyce Theater, the Guggenheim Museum and New York City Center. Celebrated for creating acclaimed virtual works in the COVID-19 world of online dance making, with "Waiting in the Wings," Keigwin sets his electrifying and refreshing vision to new music by New York-based composer and sound designer Curtis Macdonald.

Tickets to the benefit, which includes an experience package with exclusive behind-the-scenes content, gifts and treats, are available below.

“Waiting in the Wings” will be available at UNCSA On Demand, beginning April 23.

Keigwin and the dancers worked online using Zoom to create “Waiting in the Wings” during the fall semester, and the choreographer came to Winston-Salem earlier this spring to film it in three locations – outdoors at Innovation Quarter and in the dressing rooms and on the stage of Agnes de Mille Theatre on the UNCSA campus.

The title is a phrase used by performers for the period just before they enter the performance space, and also for humans living in a pandemic, Keigwin said. “'Waiting in the wings' is really the excitement and anticipation of the performance. I also think it’s a nice metaphor for our lives now,” he said.

Interim Dean of Dance Jared Redick said, “Larry Keigwin brought forward thinking vision and energized optimism to our dancers and crew with his masterful direction and visually stunning choreography. His skills as a dance maker for film make him one of the leading voices in the digital space, and the School of Dance is proud to have his original commissioned piece serve as a capstone for our graduating class of contemporary dancers.”

Larry Keigwin brought forward thinking vision and energized optimism to our dancers and crew with his masterful direction and visually stunning choreography.

The work is a journey through the eyes of a dancer from the street to the dressing room, to warming up backstage to the full stage experience, Keigwin said. “It’s a journey that the audience will be watching from the perspective of the dancer, but also from the voyeuristic perspective as well. We’ve been missing the theater for the past year and I hope that the audience feels a sense of anticipation and excitement,” he added.

Keigwin has created commissions for professional companies, at festivals and with students. He said with two months to go before graduation, the UNCSA dancers already are performing at a professional level. “I never saw them as students. They were like company dancers,” he said. “They have really given 100% of their focus. Just as much as this (Zoom) is a new medium for me, it is for them as well. They’re on an exploration and it’s fun to watch that and to learn together with them.”

Larry Keigwin is a native New Yorker, choreographer and curator who has danced his way from the Metropolitan Opera to downtown clubs to Broadway and back. He founded Keigwin + Company in 2003 and as artistic director, he has led the company as it performed at theaters and dance festivals throughout New York City and around the world. Keigwin has created 23 works for Keigwin + Company, in addition to the acclaimed large-scale community project, “Bolero,” which has been commissioned in 15 communities across the country and is now being developed as a dance film, “Bolero Seniors,” directed by Andy Kokoszka.

Commissions include Paul Taylor’s American Modern Dance, Royal New Zealand Ballet, the Martha Graham Dance Company, New York Choreographic Institute, The Juilliard School, Vail International Dance Festival and many others. His work in musical theater includes choreography for the 2011 production of “Tales of the City” at the American Conservatory Theatre in San Francisco, and the off-Broadway production of “Rent,” for which he received the 2011 Joe A. Callaway Award from the Stage Directors & Choreographers Foundation. In 2013, Keigwin choreographed the Broadway musical “If/Then,” starring Idina Menzel. Keigwin has designed and choreographed special events including Fashion’s Night Out: The Show in New York, which was produced by Vogue magazine and featured more than 150 of the industry’s top models. Keigwin has also created “Keigwin Kabaret,” a fusion of modern dance, vaudeville and burlesque presented by the Public Theater at Joe’s Pub and by Symphony Space.

As COVID-19 has shifted the world of dance making online, Keigwin has created acclaimed virtual works in 2020, utilizing the digital platform to celebrate artistry and amplify connection with high-profile commissions from The Juilliard School, Paul Taylor Dance Company, Works & Process at the Guggenheim, and Fire Island Dance Festival. Vogue heralded “Bolero Juilliard,” which brought together more than 100 dancers, musicians, singers, actors, faculty and alumni, as “One of the 9 Best Ballets to Come Out of Quarantine.” 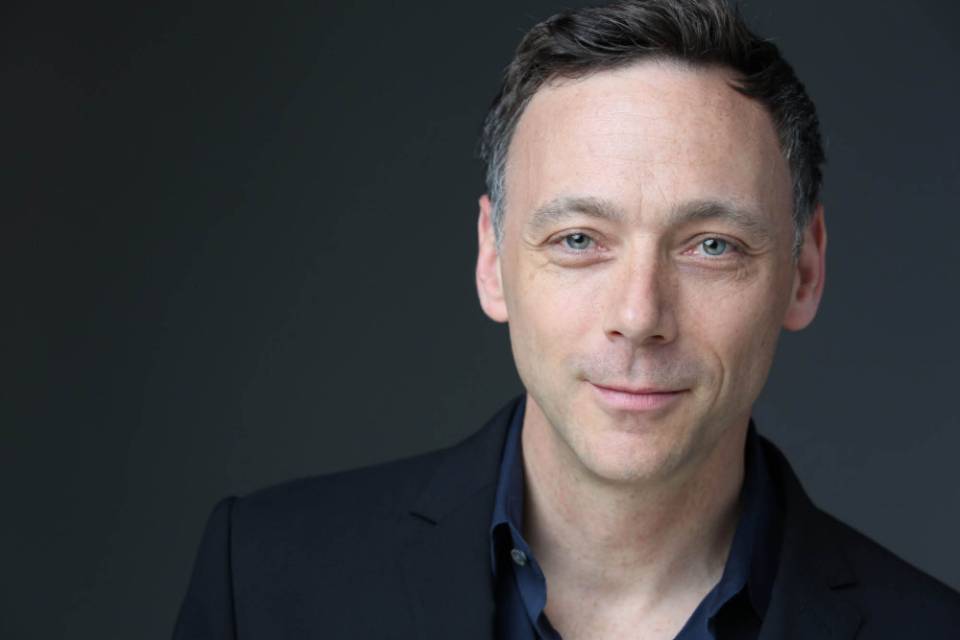 A dedicated educator, Keigwin says his approach is rooted in fostering students’ individual creative voices. He is a highly sought-after teacher and has worked with students at universities and educational institutions nationwide, including New York University and California Institute for the Arts, among many others. In 2017, Keigwin traveled to Cote d’Ivoire, Ethiopia, and Tunisia as a part of DanceMotion USA, developing educational programs and activities that engaged a wide range of young dancers and students in cultural exchange.

As a dancer, Keigwin has danced at the Metropolitan Opera in Doug Varone’s “Le Sacre Du Printemps” and Julie Taymor’s “The Magic Flute,” in addition to his work with Mark Dendy (receiving a Bessie Award in 1998 for his performance in “Dream Analysis”), Jane Comfort, John Jasperse, Doug Elkins, Zvi Gotheiner and David Rousseve. He appeared in the Broadway show “Dance of the Vampires,” the off-Broadway show “The Wild Party” and Julie Taymor’s Oscar-nominated film “Across the Universe.”

He is the director of dance and a co-founder of the Green Box Arts Festival in Green Mountain Falls, Colorado, a multidisciplinary festival designed to increase cultural opportunities in the region. Keigwin is also the dance editor of ArtDesk, a quarterly publication devoted to contemporary art, dance, performance and thought.