UNCSA presents “Neaptide” by Sarah Daniels, a contemporary story of custody battles, sexual identity and gender politics directed by 2021 School of Drama graduate Ticket Knowlton as their senior thesis project. The conclusion of Contemporary Voices: A Virtual Theater Festival, “Neaptide” was filmed during the spring semester with actors mostly from the Class of 2021 in their final student performance.

A comedic play about the negative stereotypes and treatment of lesbians in the mid-1980s, “Neaptide” — considered a seminal LGBTQ+ theater project — follows a lesbian teacher who keeps her personal life private amidst her struggle for custody of her daughter after a divorce. 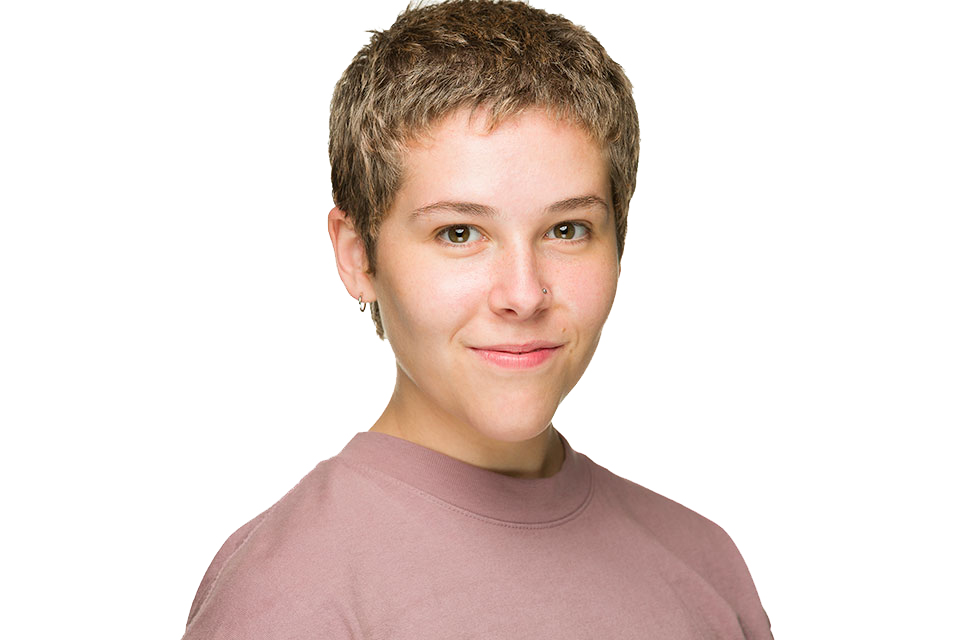 Born and raised in Irmo, South Carolina, Knowlton is the first gender-nonconforming director at UNCSA and is among the first students to helm a mainstage production, a change in the curriculum made by School of Drama Dean Scott Zigler shortly after he arrived at UNCSA in 2018.

Knowlton, who uses “they/them/their” pronouns, said “Neaptide” inspired them to examine the context through which people live their lives. The playwright’s context of queerness in the 1980s was “gays and lesbians, gays and lesbians, and trans people were persecuted and bisexual people weren’t acknowledged. It was very binary,” Knowlton said. “I grew up in South Carolina where it was very binary. It took me a long time to be comfortable with the word lesbian. I thought I had to be a very specific one way and act one way and love one way.”

Zigler said though the play is set in a specific time and place, its themes of oppression and authenticity will always be relevant. “For whatever group is marginalized at any given time, how do the members of that group deal with it when marginalization is directed toward them?” he asked. “If society gives them no option other than to hide that part of themselves, what do they do when confronted with the moral dilemma of revealing themselves at a cost of social ruination, or allowing an injustice to someone who is just like them but doesn’t want to hide?

“We want a just society where everyone can be their authentic selves all the time in every setting. But we don’t have it,” Zigler continued. 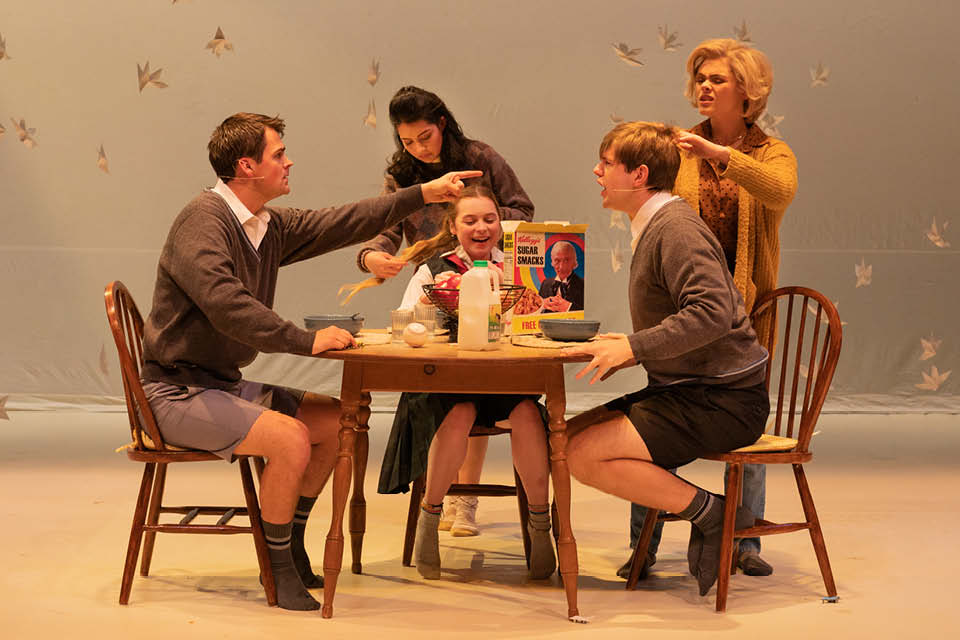 Knowlton, who has previously served as assistant director of UNCSA productions of “Our Town,” “Cider House Rules, Parts I and II,” “Next to Normal” and “Scenes from an Execution,” said they knew upon first reading that “Neaptide” was their top choice for a senior thesis project. “I’m so glad I got to direct this play as the queer trans person that I am now,” Knowlton said. “Even though it is a very binary lesbian story, I’d like to think I was reading it and approaching it through a more expansive queer lens than the way it had been looked at before.”

The play is also about motherhood, said Knowlton, who had a full year to study and examine the play before production began. “The deepest part of what ‘Neaptide’ is about is motherhood and mothers. That’s the lens through which I was seeing my whole life for the past year,” Knowlton said.

“Neaptide” is framed against the ancient myth of Demeter, the goddess of agriculture, and her daughter Persephone, who was abducted by Hades and became queen of the underworld. In misery from her daughter’s disappearance, Demeter neglects the harvest and causes widespread famine.

Zigler also introduced the practice of assigning mainstage productions as senior thesis projects for directors. “Acting students are cast in a mainstage production each semester of the third and fourth years. So if actors are getting four mainstage experiences, I believe directing students should have at least one,” he said, adding the practice benefits both the actors and the directors.

Actors who have experience being directed by their peers are more likely to bring their own ideas to a production, Zigler said. “That’s what professional directors want. They want actors who will generate ideas and contribute to the collaboration. They do not want actors who wait to be told what to do, which can happen if they’ve only ever been directed by faculty.”

By the fourth year, student directors have experience with short plays and adaptations where the emphasis is on telling the story, rather than leading a fully staged production. “While they need to know how to work with minimal resources, they should also work on at least one fully resourced production as the leader of the team,” Zigler said. “One of the most important parts of training a director is how they interact with designers, how they communicate their vision but also maximize collaboration by creating space for designers to share their ideas.”

Knowlton said they see the role of director as a facilitator and helper. “I tried to create a space that had no power dynamic. It was important that the actors feel free to run wild with their imaginations,” they said. “It’s incredible when an actor has made a bold decision and a bold choice about their character and then I shape that. These characters live in a world. It’s my job as director to create that world where the characters and the actors can thrive,” they added.

Zigler, who directed “Next to Normal” in fall 2018, said that was his first experience with Knowlton. “What I noticed about Ticket then, from the first moment as assistant director, to the last moment of watching them direct their senior thesis project, is the incredible amount of enthusiasm, positivity, kindness and generosity that they bring to the room,” he said. “That makes people feel safer and more willing to take risks. The best creativity comes from taking risks.”