Filming "For The Boys"

"For The Boys" is a web series co-created by UNCSA Drama alumnus Mekhai Lee (B.F.A. '18) and Ellis C. Dawson that follows the lives of three young, queer Black friends — Jamal, Anthony and Syed — as they navigate love and friendship in New York City. Rising fourth-year Drama student Chandler Bryant co-stars as Anthony, with Drew Coleman as Jamal and Lamont Walker II as Syed.

The series premiered earlier this year on the SLAY TV YouTube channel and has garnered tens of thousands of views on each of its four episodes since it launched (Episode 4 alone has surpassed 150,000 views). The creators have likewise received a huge response on social media, with the show's Instagram account gaining hundreds of followers the day it launched and a clip from the show's opening scene making its rounds as a meme on Twitter.

Here, Lee and Bryant reflect on making the show's first four episodes, the impetus for making a show that's "for the boys" and what it means to create and see characters like themselves on screen.

After graduation, Lee left UNCSA with a role in the national tour of "The Color Purple" and was cast in the off-Broadway revival of "Rock of Ages." During that time, he also found himself rewatching some of his favorite television series', specifically about groups of friends and their day-to-day interactions and relationships. 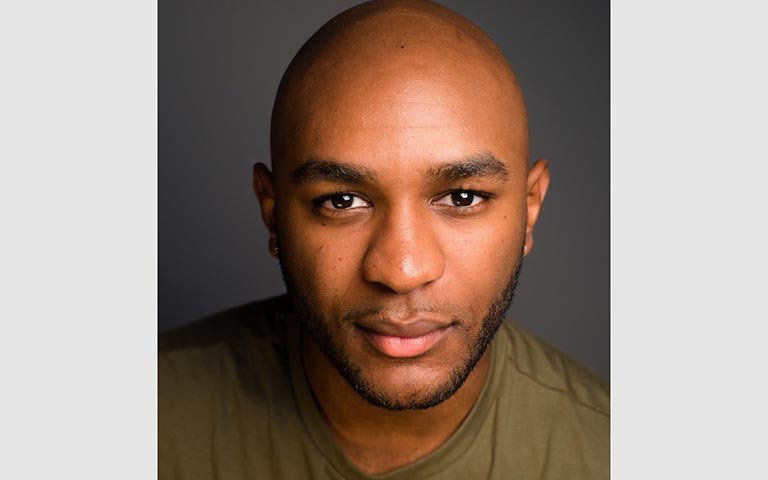 "The conversations between Issa Rae and her friends on 'Insecure' or Carrie and Sam on 'Sex in the City' always make me laugh," he says, "in the way that conversations with my friends make me laugh. As I was watching, I began to imagine a world where this kind of show existed for Black, queer men specifically."

So, he decided to write that kind of show. While he'd never written a script before, as an actor it wasn't unfamiliar territory. "With writing," he says, "the biggest challenge is, 'How do I find a voice that is not me?'" That's something as an actor at UNCSA, he was asked to do in each and every role.

"In school we were always asked, 'If these circumstances happened to you, how would you react?' That's how you maintain authenticity. Writing is very similar to that. The voices of the characters are all different, but there are so many lines where I think, 'I would totally say that.'"

When he teamed up with Dawson, who was likewise new to writing, the two discovered they had very similar inspirations for a show, and ultimately ended up combining two individual projects into "For the Boys."

When it came time to cast the role of Anthony in Summer 2020, Lee and Ellis put out feelers, knowing it had to be the right actor for the role. At the same time, Lee attended some cabaret performances hosted by current UNCSA Drama students on Instagram Live. There, he saw Bryant hosting the cabarets, and, although the two had never met before, he felt Bryant would be perfect as Anthony and reached out to them.

"Chandler's audition tape was incredible," Lee says. "It was love at first sight."

Likewise, Bryant was immediately drawn to the script. "I read the script and I fell in love," they say. "It was like I was seeing myself for the very first time in a script — I had never seen that Black, queer, effeminate character."

A post shared by your new favorite web series (@fortheboys.series)</a >

Playing the character has had its own rewards, they add. "To be able to dig deep and play with some of those fears like self-expression — being in that mindset is a confidence boost. Standing in your selfness is so rewarding."

Bryant, too, can tie some of that work back into their time as a student at UNCSA. "All of the faculty members push us to get rid of the things that we think we need to be, to just be ourselves. And I've been able to do that through Anthony. That's what's making the acting so rich."

For Lee, making "For The Boys" has come with a valuable lesson, one he shares with other aspiring storytellers — if the time is right, don't feel like you have to wait to tell your story. "When we first wrote this," he says, "we sent it to a friend in Los Angeles who is well-connected. In Spring 2020, he read our script and sent it to his agent. They liked it, but they wanted us to wait six months to a year to make it."

There was too much potential in the show to wait for someone else to make it.

That response promised the possibility that "For The Boys" could have eventually been a primetime show, he adds. But despite the future chance at seeing his work come to life, he felt the moment to make the show was then. "I'd have just been sitting here for a year. We thought about it, but there was just something still kicking. There was too much potential in the show to wait for someone else to make it."

The takeaway? "If you feel like your story needs to be told now, then tell it."

The first four episodes of "For The Boys" can be watched on the SLAY TV YouTube channel and at fortheboystv.com, with the remainder of the Season 1 episodes being filmed this summer and released later this year. Other UNCSA connections can be found both on screen and behind the scenes — the show's sound design is by Maddison Whitfield (B.F.A. Filmmaking '20), and future roles will feature Drama alumni Lawrence Davis Jr. (B.F.A. '21) and James Alton (B.F.A. '18).

'For the Boys' focuses on the small moments we can all relate to. That's the magic of what storytelling is and what it can be.

Lee agrees. "At the end of the day, a lot of what we see as 'different' is rooted in fear. 'For the Boys' focuses on the small moments we can all relate to. That's the magic of what storytelling is and what it can be."