Mikaela Coel’s “I May Destroy You” is about a young writer navigating her life, career and relationships after a traumatic event that is loosely-inspired by Coel’s own life.

15 shows created by women you need to know

For women like Joy Goodwin, who’ve been working in the entertainment industry for a while, the past five seasons of television have been a welcome change. Goodwin, who is director of graduate screenwriting in the School of Filmmaking at UNCSA, is particularly thrilled to see so many fantastic female-driven series on air. "So many incredible female creators are putting their voices out there," she says. "It feels like for so many years, we had just a few kinds of female characters. And now, suddenly, we get an incredible range of fictional women."

It’s still rare for women creators to work in certain genres, explains Goodwin, adding that we’re a long way from equality for all genders in entertainment. "Still, one way to support incremental progress is to vote with your feet. Watch more female-driven content, and production companies will make more," she says. "If you, like me, find it impossible to keep up with the deluge of new content, allow me to suggest a selection of recent female-driven series."

Goodwin’s selections include light comedies and dark dramas (check for trigger warnings), an epic adventure and a musical. All are from female creators we’ll be hearing from for years to come:

Though she has been acting and writing since 2007, Waller-Bridge became a household name in 2016 when her tragicomedy series "Fleabag" won six Emmy awards including Best Writing for a Comedy Series. Waller-Bridge also served as the head writer for the first season of "Killing Eve," a comedy-drama spy thriller starring Sandra Oh and Jodie Comer, as well as an executive producer for the entire series. Both "Fleabag" and "Killing Eve" have been named among the 100 greatest television series of the 21st century by The Guardian. 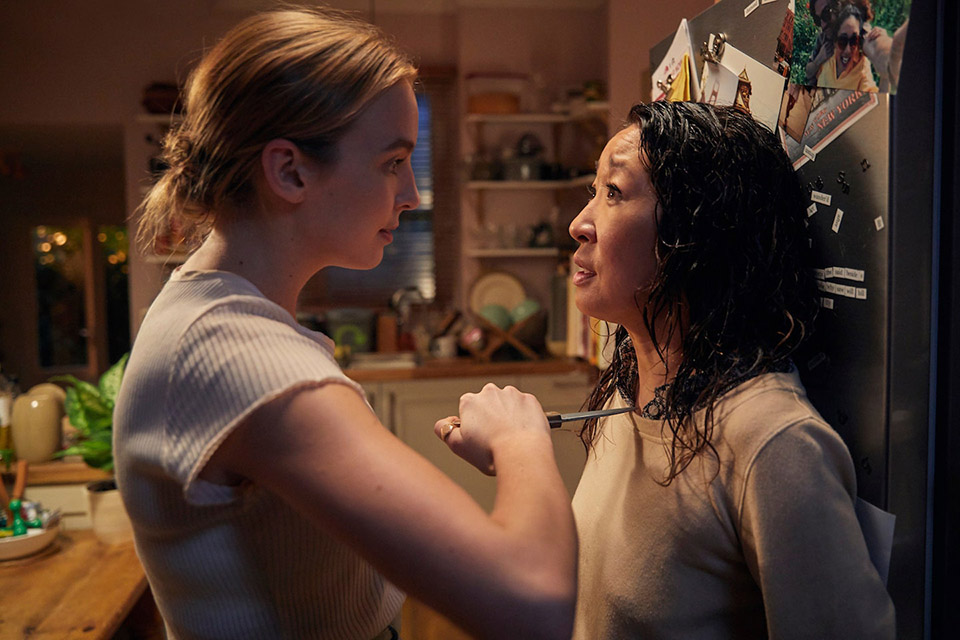 Mikaela Coel, “I May Destroy You” (HBO)

Considered by many as one of the best shows of 2020, Mikaela Coel’s “I May Destroy You” is about a young writer navigating her life, career and relationships after a traumatic event that is loosely-inspired by Coel’s own life. Coel not only starred in the series, which predominantly featured a Black British cast, but also served as the creator, writer, co-director and executive producer. 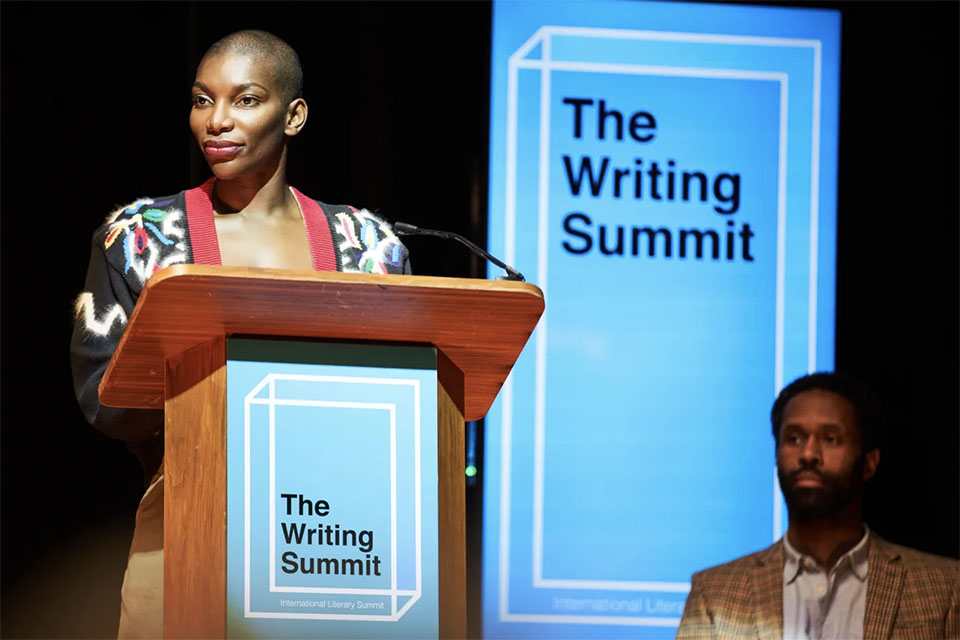 Metacritic rates "I May Destroy You" as a 'must watch' and one of the best shows of 2020.

Gloria Calderón Kellett, "One Day at a Time" (Netflix)

Co-created with Mike Royce, Gloria Calderón Kellett’s "One Day at a Time" focuses on a Cuban-American family navigating modern coming-of-age issues. Goodwin credits this series with "reinvigorating the multi-cam sitcom when it debuted in 2016." This reboot of a 1975 series with the same title received four Emmy award nominations each year from 2016 to 2020. 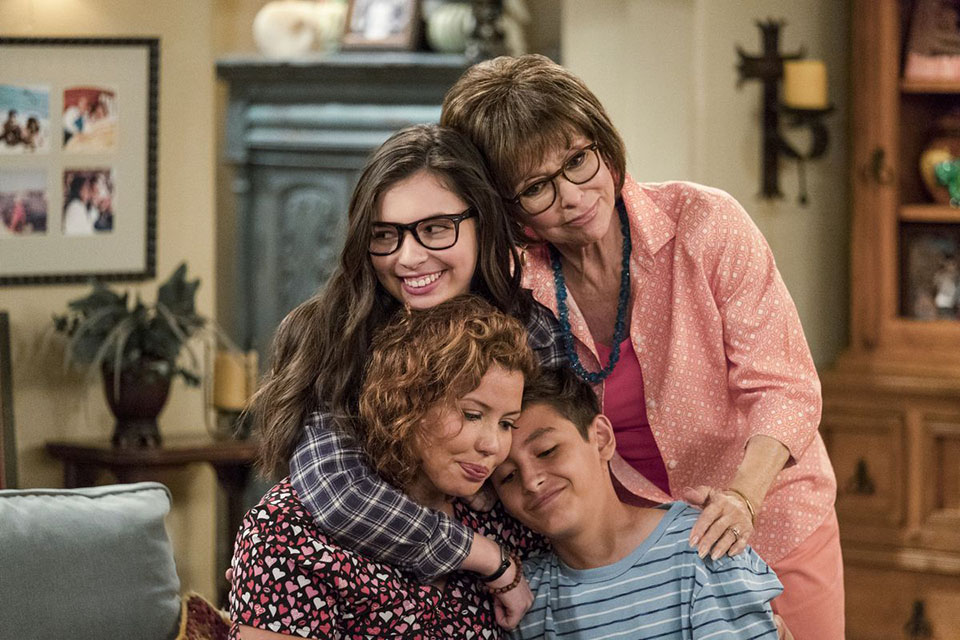 Gloria Calderón Kellett’s "One Day at a Time," which focuses on a Cuban-American family, is a reboot of a 1975 series of the same title.

Alumni connections: Drama alumna Tiffany Little Canfield worked as a casting director for "One Day at a Time."

The first Netflix series to be primarily in Yiddish, "Unorthodox" tells the story of a young woman who runs away from her ultra-Orthodox Jewish community in Brooklyn to Berlin, Germany. Inspired by a true story, Goodwin feels the limited series is notable because it "uses an innovative blend of suspense and drama." 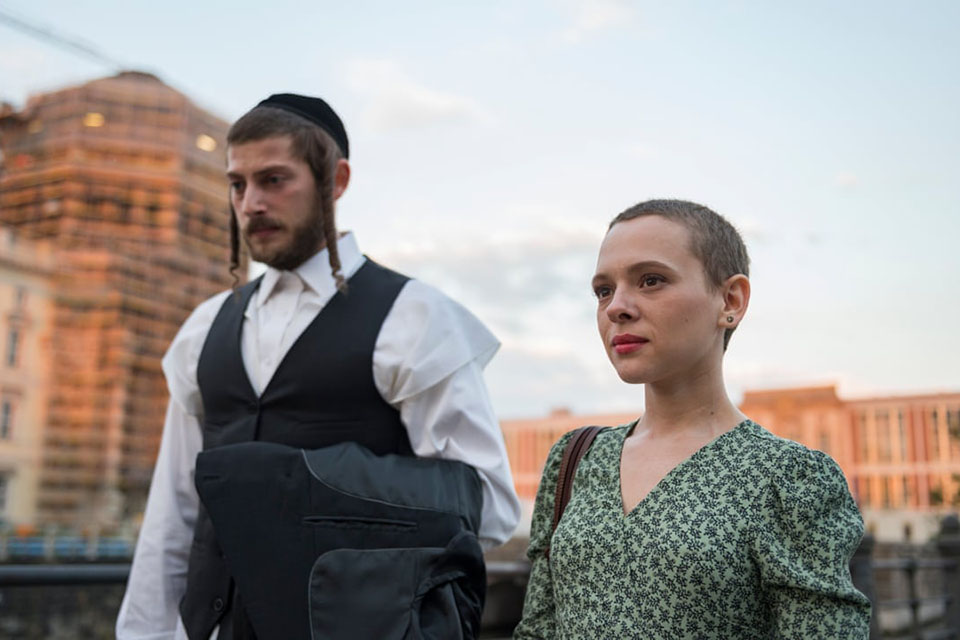 Jordan Weiss’ writing debut, "Dollface," focuses on a woman reestablishing female friendships after going through a painful breakup. Goodwin included "Dollface" because the series "mixes surreal and fantasy sequences with naturalistic comedy resulting in a fresh take on female-driven storytelling." Hulu revealed that the series was the "best performing new binge series for subscriber engagement" in 2019. 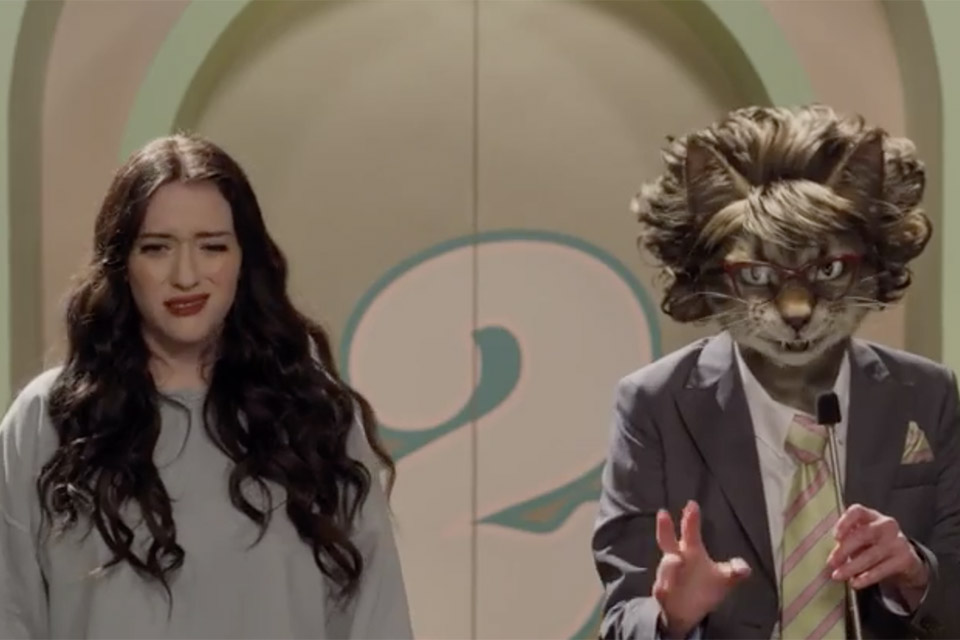 Originally created as a web series for YouTube, "Broad City'' follows two millennial Jewish women trying to "make it" in New York City. Throughout the series, Glazer and Jacobson star as best friends Ilana and Abbi. They are also the show’s creators, writers and executive producers. "Broad City" is considered one of the best series of the 2010s by Rolling Stone, The A.V. Club and USA Today. 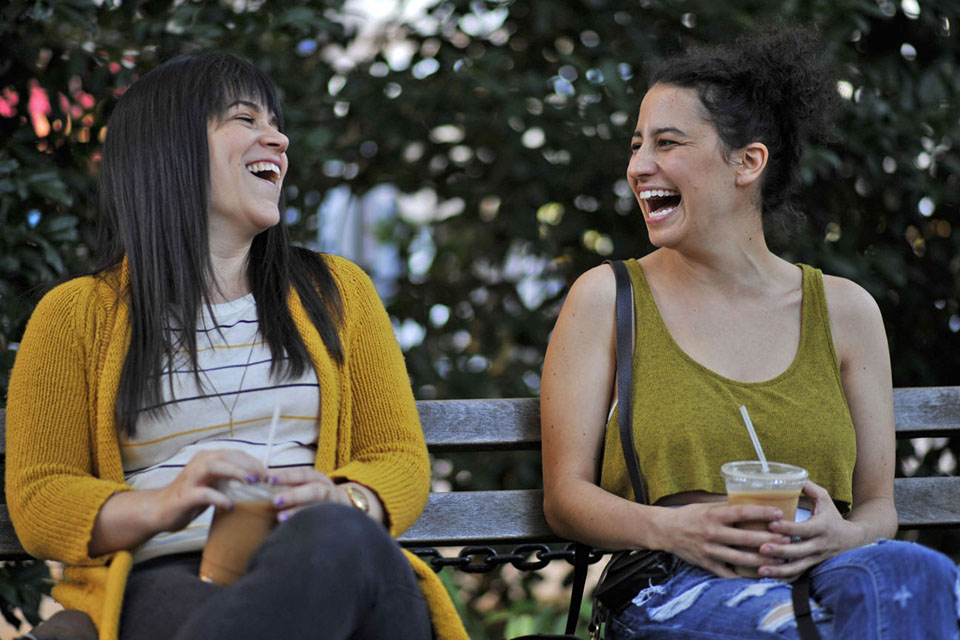 Ava Duvernay, "When They See Us" (Netflix)

"When They See Us" is a crime drama limited series that focuses on the lives of the now-exonerated suspects from the infamous 1989 Central Park jogger case. Goodwin notes that the series is an "extraordinary use of nonfiction material to bring to life the human beings behind the 'Central Park Five'." The series received critical acclaim and was nominated for 16 Emmy awards, including a Outstanding Limited Series nomination for Duvernay who is known for her work in both film and television. 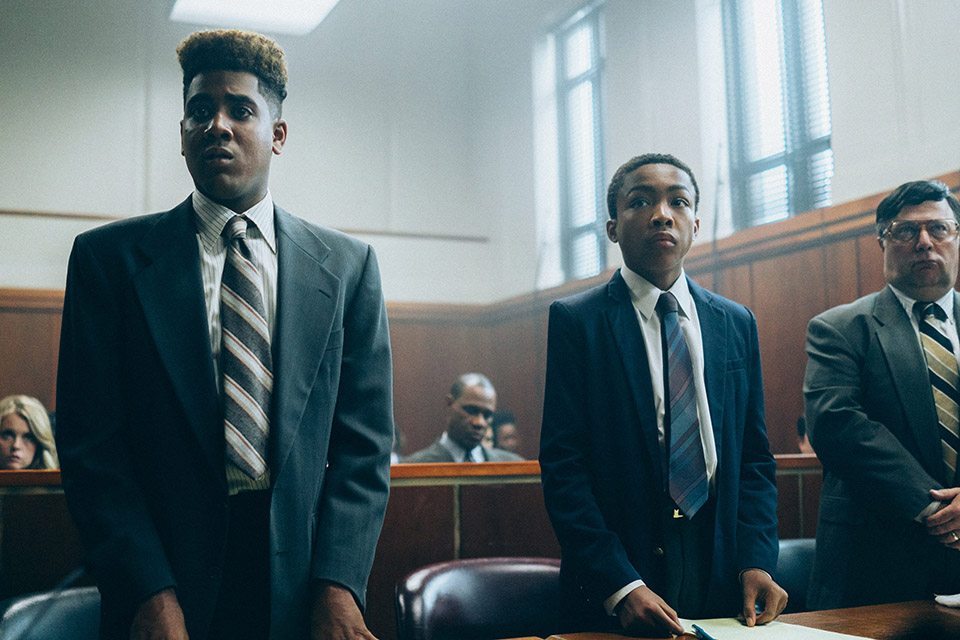 Ava Duvernay's drama limited series "When They See Us" shows the lives of the now-exonerated suspects from the infamous 1989 Central Park jogger case.

Alice Birch and Sally Rooney’s Irish drama limited series "Normal People" follows an on-again off-again love story of two students from high school through their time in college. Based on the best-selling novel, the series not only received critical acclaim for the performances, directing, writing and aesthetics but Goodwin adds that the show utilized an intimacy coordinator in a way that "makes you realize that intimate scenes can play a much larger role in the storytelling when the actors feel safe." 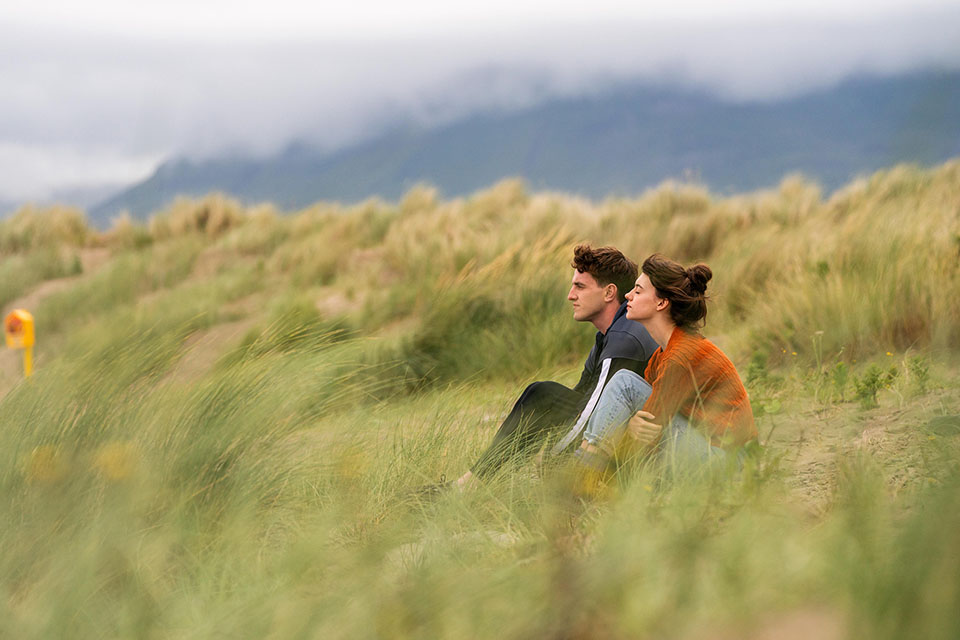 A romantic musical dramedy, "Crazy Ex-Girlfriend" stars co-writer and creator Rachel Bloom as Rebecca Bunch, a lawyer who moves from New York to California to pursue an ex-boyfriend from high school. Celebrated for incredible ability to create brand new musical theater numbers every episode, the series maintained a notable cult following throughout its four season run and won four Emmy awards and one Golden Globe award. 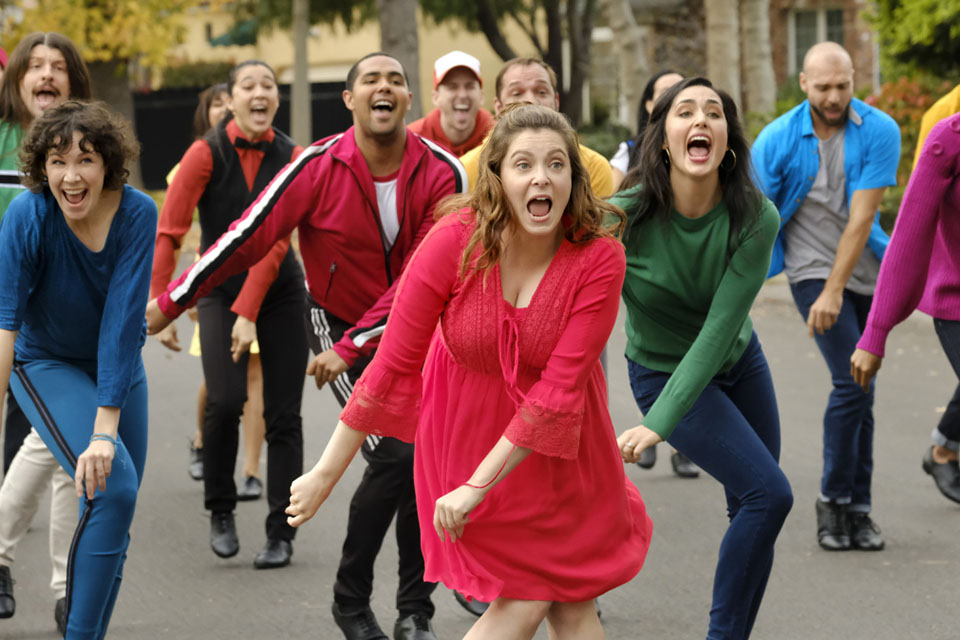 Partially based on Issa Rae’s 2011 webseries "Awkward Black Girl," "Insecure" earned Rae a 2017 Peabody award for "creating a series that authentically captures the lives of everyday young, Black people in modern society." Co-created with comedian Larry Wilmore, Rae was inspired to write the series when she noticed there was nothing else like it on television at the time. 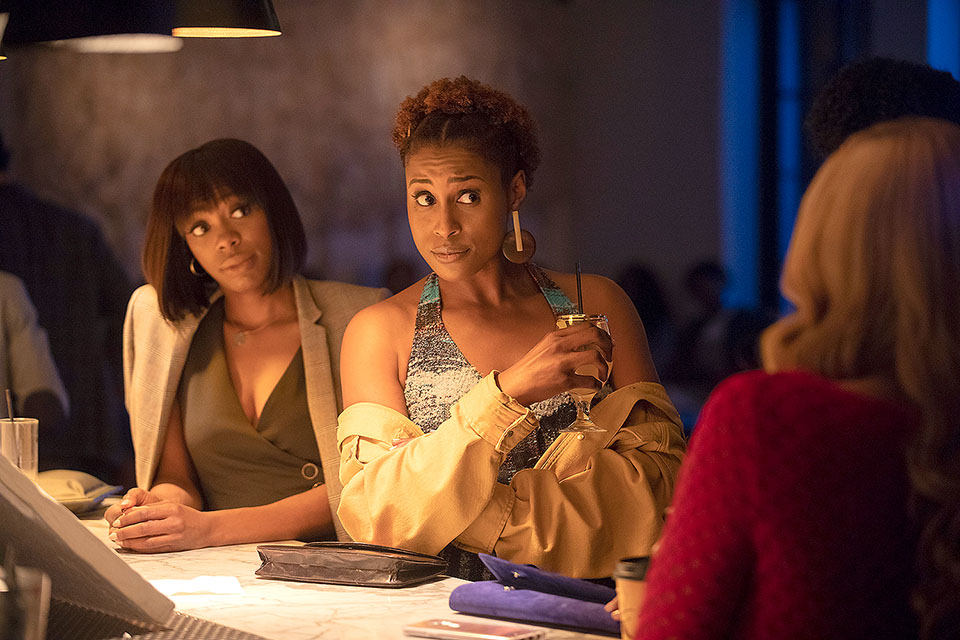 Issa Rae worked with comedien Larry Wilmore to create "Insecure" based off of her 2011 web series "Awkward Black Girl."

Co-created with Rob Delaney, Goodwin describes "Catastrophe" as "a sitcom following a couple that gets pregnant first and falls in love second." The four-season dramedy won Horgan and Delaney a BAFTA for Best Writer: Comedy and an Emmy award for Outstanding Writing for a Comedy Series. 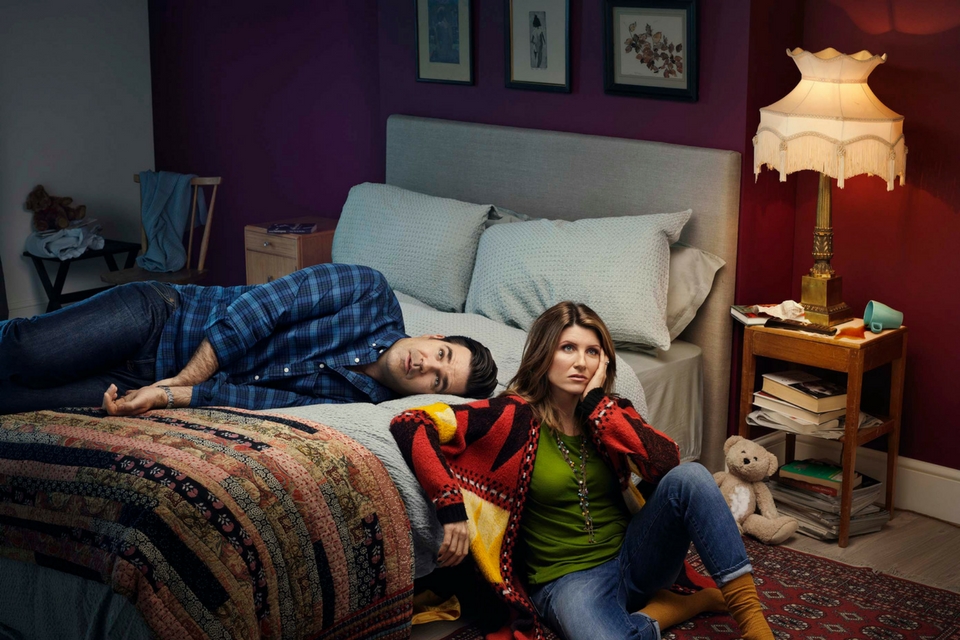 The Guardian describes "Catastrophe" co-star and co-creator Sharon Horgan as "the most watchable woman on television."

One of the rare fantasy series to be run by a woman, "The Witcher" marks writer and producer Lauren Schmidt Hissrich’s first time acting as showrunner. After the fantasy drama series was released in 2019, Netflix listed it among the most popular series of the year, streaming to over 76 million households. Based on the fantasy book series of the same name, "The Witcher" is also connected to a video game series which has sold over 50 million copies. 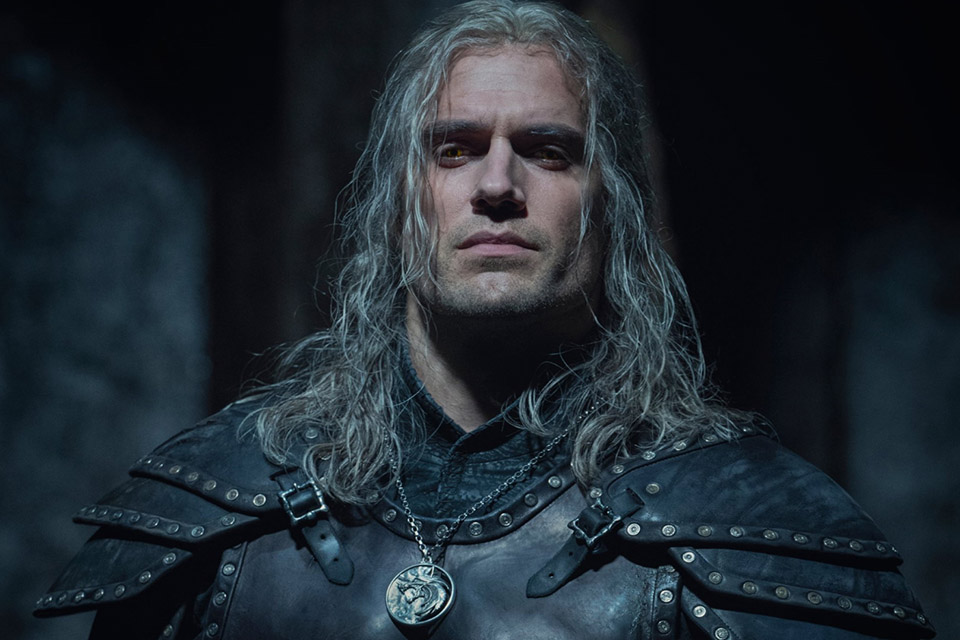 Described as a ‘cringe comedy’ series, "PEN15" creators and co-stars Maya Erskine and Anna Conkle say they are showing "middle school as it really happened." According to Goodwin, what makes this series exceptionally funny is that "Erskine and Conkle play themselves as seventh graders surrounded by actors that are actually in seventh grade." Nominated for an Emmy award for Outstanding Writing for a Comedy Series, "PEN15" explores the ups and downs of being social outcasts in the year 2000. 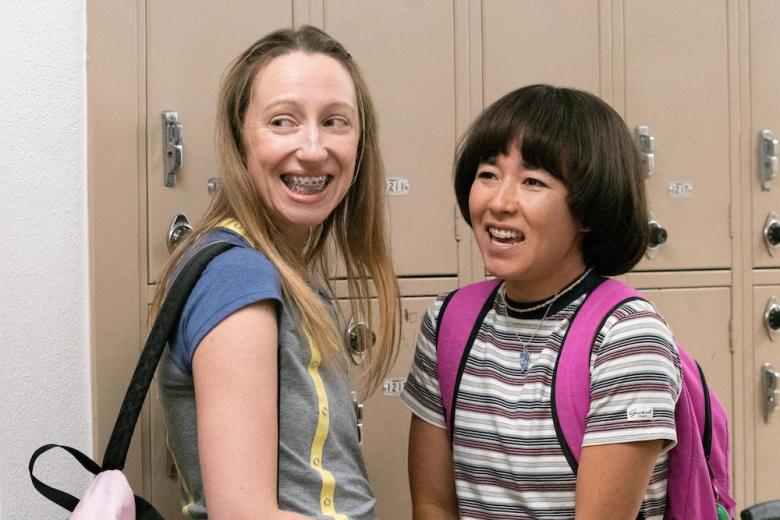 “PEN15” creators and co-stars Maya Erskine and Anna Conkle give viewers a look at what it was like to be social outcasts in the seventh grade in the year 2000.

A story of two very different Mexican-American sisters from east Los Angeles, "Vida" is Tanya Saracho’s first series as showrunner. Winner of a GLAAD media award for Outstanding Comedy Series, "Vida" explores what happens when the sisters' mom dies and they inherit a bar that they have to run with their mother’s widow. 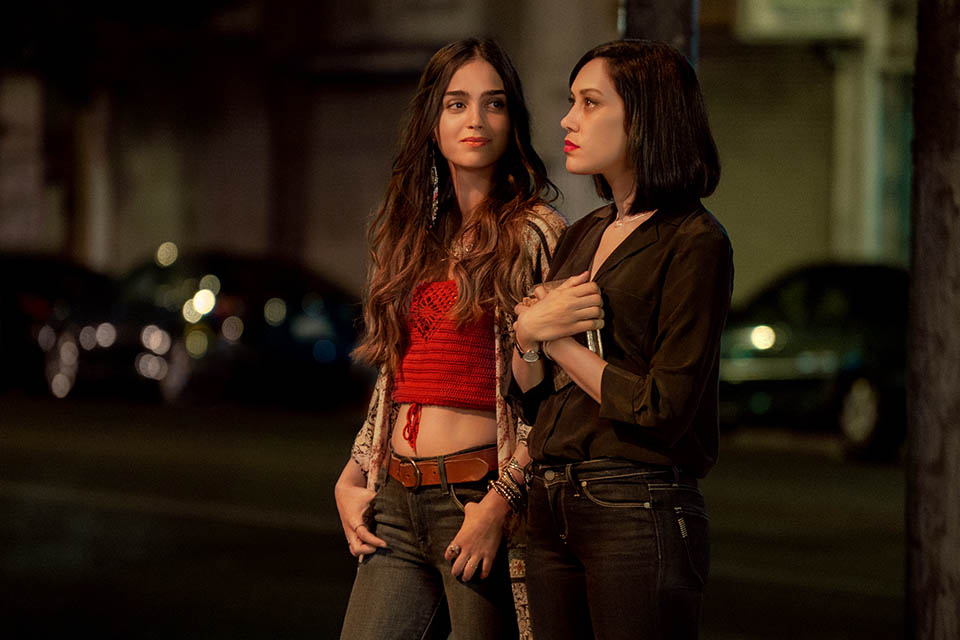 An acronym for ‘Gorgeous Ladies of Wrestling,’ “GLOW” follows the personal and professional lives of a group of women who compete as wrestlers in the 1980s. The first three seasons earned showrunners Liz Flahive and Carly Mensch an impressive total of 18 Emmy award nominations. 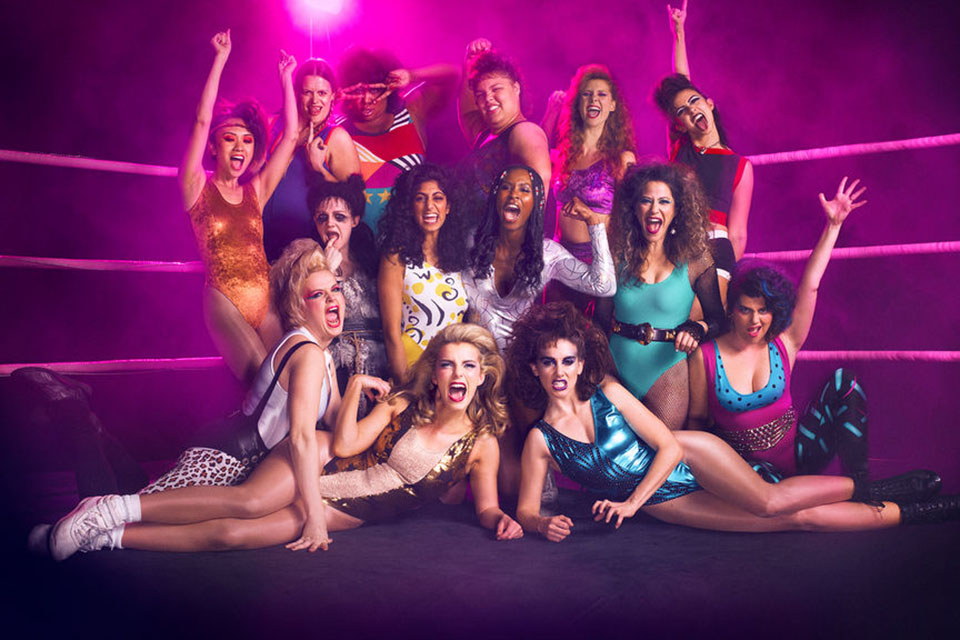 "GLOW," created by Liz Flahive and Carly Mensch, follows the personal and professional lives of a group of women who compete as wrestlers in the 1980s.