UNCSA trustees establish professorship in the Division of Liberal Arts

UNCSA has received gifts totaling $750,000 to endow a distinguished professorship from staunch supporters and members of its board of trustees, Chancellor Brian Cole has announced. A gift of $500,000 from Michael and Amy Tiemann of Chapel Hill will endow a distinguished professorship in the Division of Liberal Arts. Their gift has been met with an additional $250,000 from UNCSA founder and Trustee Emeritus Thomas S. Kenan III. The university is currently pursuing matching support from the UNC System Distinguished Professors Endowment Trust Fund that could double the monetary value of the new endowment.

With this gift, UNCSA has raised $5.5 million in private funds for faculty support as a pillar of Powering Creativity: The Campaign for UNCSA. The multiyear fundraising effort, now in its final phase, began with a transformative gift from the late Chancellor Emeritus Alex Ewing in 2016. The campaign exceeded its initial goal of $65 million last spring, and to date has raised more than $75 million for scholarships, facilities improvements, innovation, community engagement, and faculty support. 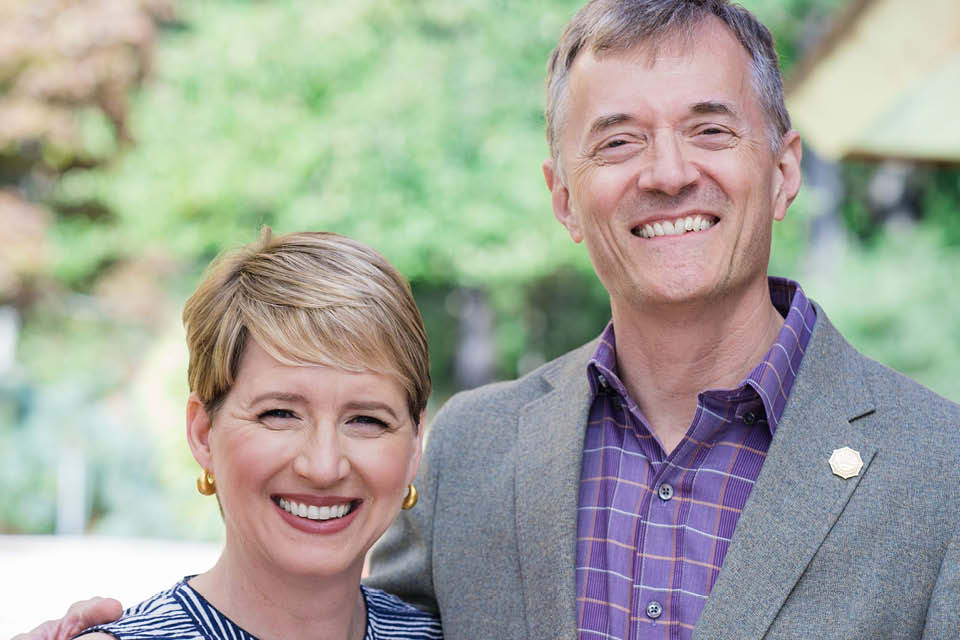 The professorship supported by this gift will be used to recruit or retain a noted scholar-practitioner dedicated to critical inquiry and interdisciplinary exploration who will help to guide the intellectual, literary and cultural growth of emerging artists at UNCSA.

“For more than half a century, UNCSA has trained artists and creative professionals to be excellent technicians and flawless craftspeople,” said Michael Tiemann, a former chair of the board of trustees. “What really makes our students and alumni stand out, however, is the integration of a liberal arts education into the conservatory model, exposing them to history, literature, science and systems of thought, expanding their perspectives and increasing  their potential. You can see it in their performances and portfolios, and you can see it in the way they become leaders in their communities.”

Undergraduate students in the five UNCSA arts conservatories – the schools of Dance, Design and Production, Drama, Filmmaking, and Music – refine and hone their skills through a fusion of classical training and modern technologies and techniques while general education courses in the Division of Liberal Arts help to enrich and ground their artistry.

“When we look at a major cultural phenomenon such as ‘Hamilton,’ we see what can happen when liberal arts education works in concert with the arts,” said Tiemann. “The historical and biographical details, the union of period accuracy and modern sensibility of the costumes by Paul Tazewell (a 1986 graduate of the UNCSA School of Design and Production), the convention of linking Hamilton’s journey to the modern immigrant experience: All of this demonstrates how fully a comprehensive liberal arts education can help artists tell meaningful stories that elevate our society.”

Kenan, one of the most ardent supporters of UNCSA, shares the Tiemanns’ passion for a well-rounded liberal arts education and was so moved by their dedication that he felt compelled to augment their donation with his own philanthropic support.

“UNCSA arts conservatories give students remarkable tools to use when telling their stories,” Kenan said. “The Division of Liberal Arts, meanwhile, gives them the resources they need to connect those stories to a wider cultural fabric that expands the breadth and depth of the stories they tell.”

Chancellor Cole said, “We are grateful that Michael, Amy and Tom chose to support our university in this way. Our faculty are the lifeblood of our institution, and support like this helps us to bring the most talented, forward-looking educators available to our campus. By supporting the Division of Liberal Arts, this gift has the capacity to influence the educational trajectories of our undergraduate students.”

Michael Tiemann is the vice president of Open Source Affairs at Red Hat, a Raleigh-based multinational software company, and has served on the UNCSA Board of Trustees since 2012. Amy Tiemann is a respected child safety and abuse prevention expert, educator and author. She is a senior program leader for Kidpower International, the global nonprofit leader in personal safety education. She also supports socially relevant filmmaking through her media company, Spark Productions. The Tiemanns also own and operate a professional recording studio, Manifold Recording.

Kenan is a vice chair and director of Flagler System, Inc. He was formerly chair of the board of Kenan Transport Company, a petroleum transport business, until the company’s sale in 2001. He serves on a number of foundation boards throughout the state and nation that support the arts and education. He served on the UNCSA Board of Trustees from 1969-85 and is now an honorary trustee. He was on the UNCSA Foundation board from 1974-90, is an emeritus member of the Board of Visitors, and is a member of the Giannini Society, a group of dedicated ambassadors who provide leadership annual support for UNCSA and its students.

For more information on Powering Creativity: The Campaign for UNCSA , visit uncsa.edu/giving.