Writing the next chapter in the history of UNCSA

Five years ago, UNCSA began a comprehensive fundraising effort to generate philanthropic support for our next generation of artists — our first campaign in decades and the largest ever undertaken by our university.

With a lead gift from beloved Chancellor Emeritus Alex Ewing, Powering Creativity: The Campaign for UNCSA began quietly in 2016 and launched publicly in September 2019, having raised nearly $54 million of its $65 million goal. Since then, the campaign has far exceeded that goal and has concluded with more than $75 million raised. 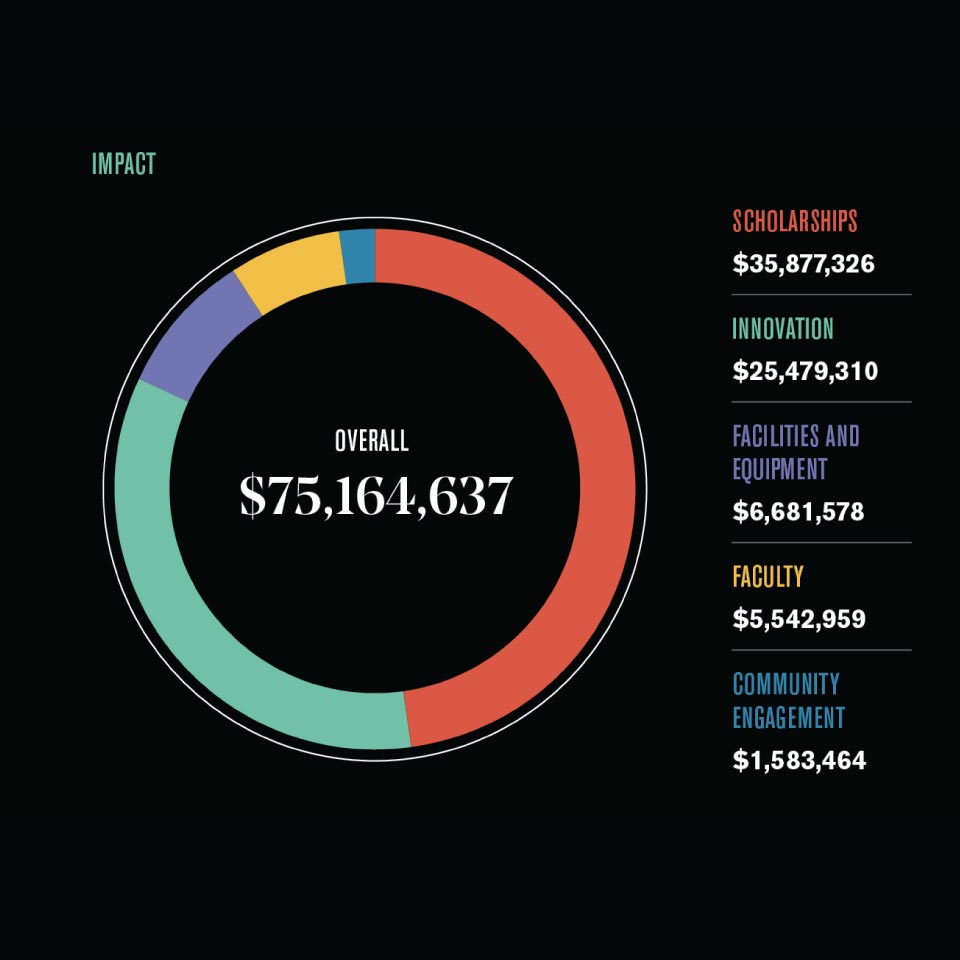 In the above infographic, see the campaign's overall success, split across the five fundraising pillars.

Former Vice Chancellor for Advancement Edward J. Lewis III, who now leads the Caramoor Center for Music and the Arts after six years at the helm of our school’s fundraising effort, says, “UNCSA is a remarkable place full of outstanding students, faculty, staff and administrators who are constantly looking for ways to infuse the world with artistry and creativity. I am grateful to our selﬂess donors for continuing to build the future of the arts by empowering our artists of tomorrow.”

We thank every supporter who made Powering Creativity a resounding success. You are fueling the artistic and educational journeys of our emerging artists and ensuring the continued success of our university.

Fundraising information in this story is current as of 6/23/2021.