The film business: trends to watch in 2022

Even before COVID-19 threw the film industry (and the rest of the world) into flux, the explosion of technology and digital platforms had begun a process of constant change and adaptation that has dominated the film business over the last several years. If there's a trend to watch in 2022, it is the ongoing effects of that change.

For School of Filmmaking Dean Deborah LaVine, those larger developments present an array of exciting opportunities to students and future filmmakers. At UNCSA, that also means an effort to design and pivot further toward an education that prepares young filmmakers to be adaptable and immensely creative, with the ability to forge their own sustainable careers within the film business.

Here, LaVine examines some of the ongoing trends that will continue to affect the industry in 2022, and shares how the School of Filmmaking is preparing future filmmakers to thrive in an ever-evolving landscape.

It should come as no surprise to anyone who's binged a streaming series (or ten) or chosen to watch a movie premiere from the comfort of their couch that the home entertainment industry is booming. "There is a hunger right now for home entertainment that is so intense," LaVine says. Netflix's original programming has more than doubled since the beginning of 2020 and Warner Brothers shook the industry when it announced it would release its entire 2021 slate of films simultaneously in theaters and on-demand. 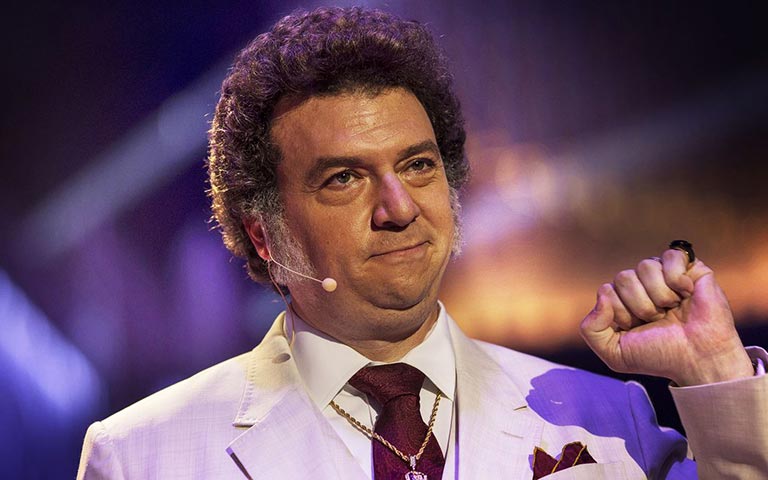 In part accelerated by the pandemic, the demand for home entertainment has both possibilities and pitfalls for aspiring filmmakers. The exponential growth in content has opened up many new pathways to those interested in gaining a foothold in the film business. It also means that filmmakers need to learn to balance their own creativity with the demands of a fast-paced industry.

Students have to be conscious of their own voice, LaVine says, while learning to be intensively creative in a rapid, constantly shifting environment — a skill she aims to help nurture across the School of Filmmaking’s undergraduate and graduate programs.

No longer do consumers have to rely solely on major movie studios or television networks (or even streaming services) to deliver content. Likewise, content creators have been freed from many of the formalities of the film business, with the ability to create and distribute their own work becoming ever more accessible.

This in itself is not a new development; it's one that has been taking shape for decades. But what the meteoric rise of social media platforms like TikTok has underscored is the speed and imagination with which that change continues to happen. Creators need to be prepared to embrace the latest form or digital "stage" that presents itself with an authentic and creative voice. It's a tall order in a world flooded with content.

To be prepared for that world, LaVine says there's one important skill new filmmakers should be bringing with them into the film business in 2022. "They have to be entrepreneurial," she says, willing and able to share their voice and make bold choices that break the mold. "There are all sorts of paths available to them, and the space is ripe for audacity."

Multimedia and multidisciplinary experiences are becoming the norm

Audiences are increasingly interested in multimedia and multidisciplinary experiences. LaVine points to the success of "Hamilton" (part musical, part hip-hop concert, part history lesson) as a shining example of the burgeoning appetite for such productions.

Again, the pandemic has helped accelerate these kinds of projects, particularly on film. The medium has proven vital in helping transform in-person-only events into exciting experiences that are accessible in almost any environment. Such has been the case on the UNCSA campus, where filmmakers have collaborated across disciplines to create unique projects — like the 2020 film adaptation of the annual production of "The Nutcracker" and a portfolio project that brought together designers, film crews and dancers to showcase work from the Schools of Dance and Filmmaking.

"The beauty of UNCSA is that we're adjacent to so many artforms," LaVine says. "And the world is asking for multiplicity." 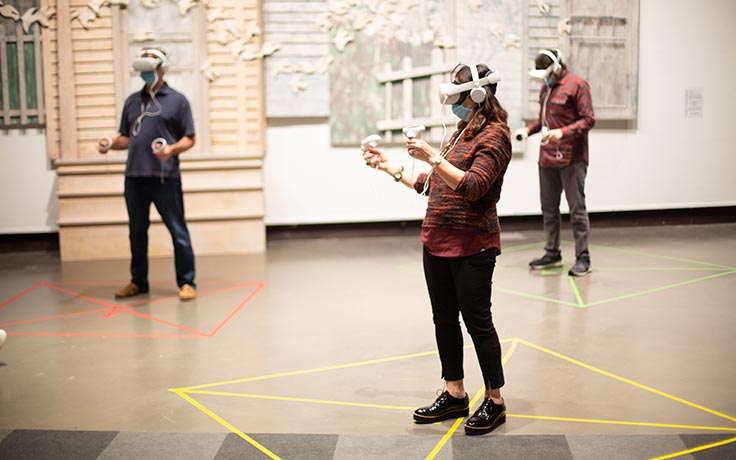 In recent years, demand for content for virtual reality and augmented reality (VR and AR, respectively) has also continued to expand. The technology itself is no longer bleeding edge and, in 2022, LaVine says, the trend is in finding creative and exciting ways to incorporate these immersive technologies into multimedia experiences. Programs like the Immersive Storytelling Residency with the UNCSA Media + Emerging Technologies Lab (METL) continue to contribute to this growing field, bringing together technical, screenwriters and game developers. Residents in the METL program have produced three VR experiences that showcase the storytelling potential of the field.

Film education is shifting with the film business

In all of these areas of growth and change, the School of Filmmaking is looking for ways to enhance its curriculum and poise students for success in their careers. LaVine sees the prioritization of a holistic education as one of the primary ways to accomplish that goal — by exposing students to as many aspects of the industry as possible, whether that means different storytelling forms, technology, geographic locations or concentrations.

We want to maintain the beauty of our graduates having command of a certain aspect of filmmaking, a certain focus. But in filmmaking today, everything and everybody needs to be a 'hyphenate.'

"We want to maintain the beauty of our graduates having command of a certain aspect of filmmaking, a certain focus," she says. "But in filmmaking today, everything and everybody needs to be a 'hyphenate.'" A cinematographer-director, a producer-screenwriter — those 'hyphenates' are the key to gaining a breadth of experience and creating a sustainable career.

That also applies to the types of stories students choose to tell and where and how they choose to build their careers. In that vein, the school is expanding its collaboration with international partners like RIESBA University in Latvia and also exploring ways to broaden its reach closer to home, regionally and in the community.