"Alone Together" was filmed on four sets, including Giani Gates' heaven-inspired set.

Scene from "Alone Together" on Grant West's set themed as an Old World cartographer's studio.

Jordan Sayman's art nouveau-inspired set features fleur-de-lis designs that are a signature of the style.

Scene from "Alone Together" on Selby Grzech's set inspired by mid-century modern design.

Student dancers and filmmakers highlight the strengths of collaboration

Two student-led dance films, "Alone Together" and "Red Room," are the result of a unique collaboration between the Schools of Dance and Filmmaking, where third- and fourth-year students were given the opportunity to blend individual choreography and set design projects into fully-realized works.

For third-year students in the Contemporary Dance program, a semester-long "Composition and Improvisation" class with instructor Ming-Lung Yang culminates in M3 Spree each year. The performance consists of individually choreographed pieces by each dancer that, in 2021, were presented as films as an adaptation to the COVID-19 pandemic.

Fourth-year Production Design students in the School of Filmmaking usually round out their "Decorating for Film and Television" course with instructor Eve Cauley with a final project that allows them to flex their creative muscles: two-wall sets designed and decorated in each student's design of choice.

When Cauley learned that Interim Dance Dean Jared Redick was looking for opportunities for dancers and filmmakers to collaborate, she saw an immediate possibility in her students' final projects: designing and decorating sets for dancers. Two student choreographers, Jaala McCall and Kendall Ramirez, decided to partner with the filmmakers.

The resulting projects are "Alone Together," choreographed by McCall and shot on four sets designed by Shelby Grzech, Giani Gates, Jordan Sayman and Grant West, and "Red Room," choreographed by Ramirez on a set designed by Wes Cowen. The films also showcase work by several other Dance and Filmmaking students and alumni.

"The students had creative control over their individual artistry; they collaborated beautifully and thoughtfully together," Cauley says. "They enjoyed the process and got greater results from listening and collaborating than they would have gotten on these assignments working solo."

I learned that when collaborating with other people your project kind of becomes everyone's project. You have to be considerate and put your trust in other artists. Putting a project so dear to me in someone else's hands and it coming out so beautifully ... it ended up turning out even better than what I had in mind.

McCall agrees. "As a choreographer, I'm used to having everything planned out," she says. "And working on this project I did have everything planned out. I learned that when collaborating with other people your project kind of becomes everyone's project. You have to be considerate and put your trust in other artists."

"Putting a project so dear to me in someone else's hands and it coming out so beautifully, I realized I could back off some. And that opened so many doors. With what I gave the dancers and cinematographers the freedom to do, it ended up turning out even better than what I had in mind."

And the project for McCall was dear, as she had been working on the concept for nearly two years, after originally being inspired by the song "Alone Together" in a piece choreographed by alumnus Juel D. Lane. The song took on further meaning during the experience of the pandemic. "Quarantine is something we all went through, but we all experienced it differently." That, she says, made the song even more relevant.

Bringing together dance and film

When she chose to work with the Filmmaking students, McCall was shown design concepts of what each of the sets looked like. She ended up choosing to work with four separate and varied sets for the "Alone Together" video. She incorporated the sets—with designs inspired by aesthetics like mid-century modern, art nouveau, heaven and an old word cartographer's studio—into her choreography by making sure dancers interacted with seating and other elements. 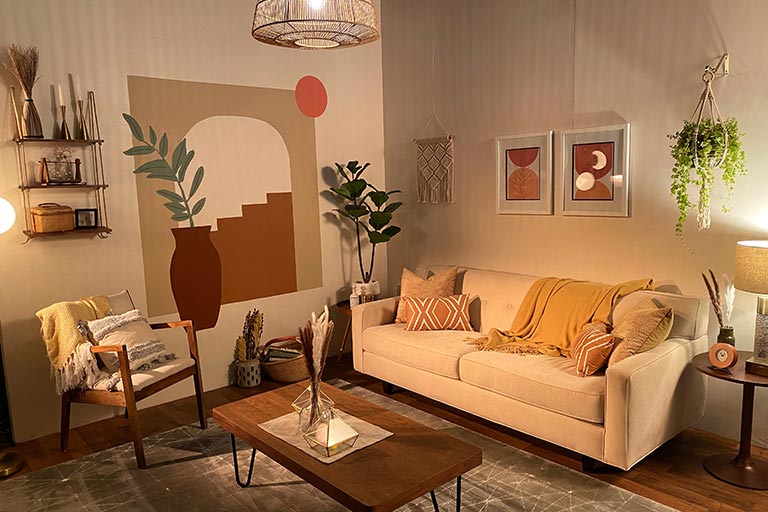 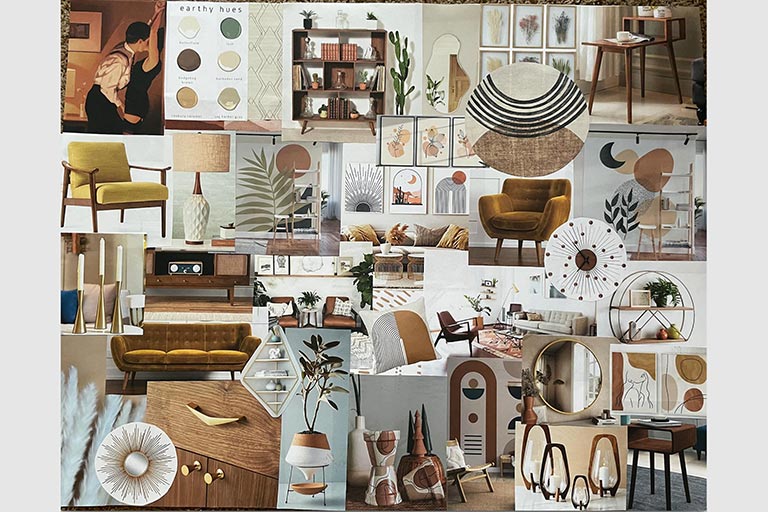 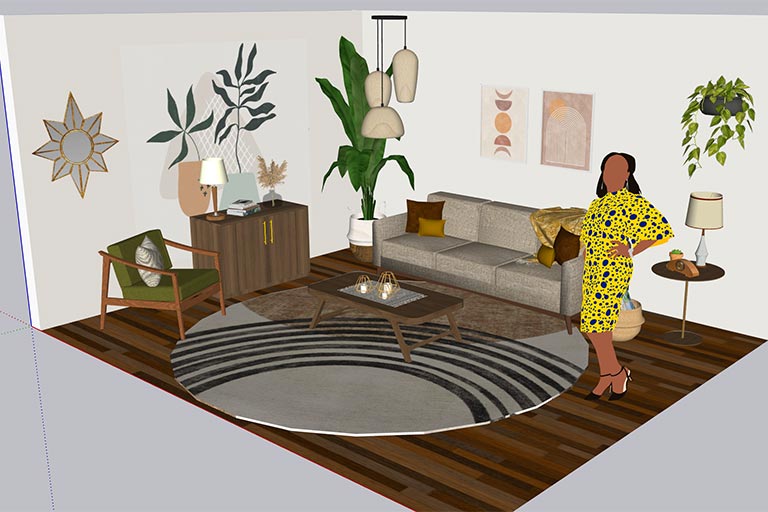 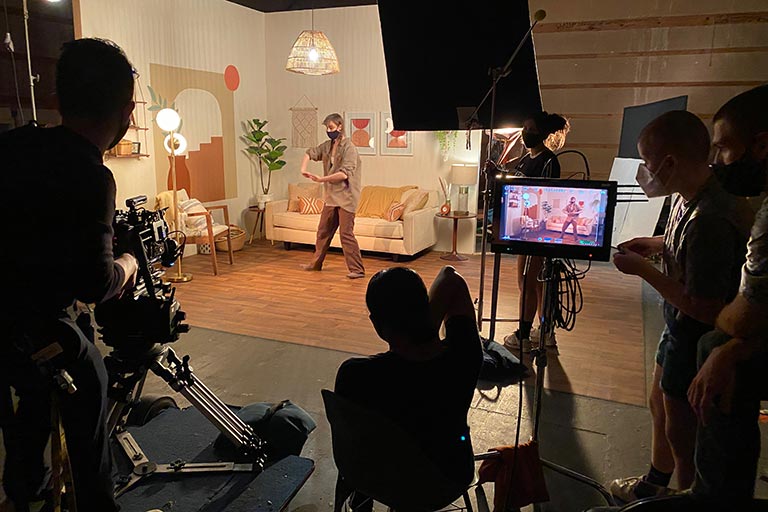 Cauley has designed for dance on film many times, having worked on films like "Honey: Rise Up and Dance," "Sister Act" and others. "People imagine that it's just like interior design," she says, "but with film you have to add traffic patterns for the actors, and even more for the dancers, to give the choreography the freedom of movement."

Working on these two projects, she adds, gave both the dancers and filmmakers experience working with those considerations — and made solid additions to their portfolios as they begin their careers.

A unique and needed experience

Cauley credits the flexibility of participants in both schools with the success of the project, with a tight budget and short timeline. "I orchestrated the actualization of it, with many students, faculty, and staff. I had continuous support from Film Production Design Department Chair Burton Rencher and Cinematography Chair Scott Ressler," she says. "Collaboration is one of the real joys of design and this was a joyful experience. I hope these artists continue to collaborate together as they tell visual stories in their futures."

For McCall, working on a film set as a student was indeed a new and unexpected experience. "Being on set, that was something I never thought I'd experience at such a young age," she says. "I think being given this opportunity at UNCSA is such a step. If we weren't in the time that we are now, it might have just been a stage performance." Having seen how quickly the world can be asked to transition from live performance to video, she says it's vital that today's dancers learn to both dance for and create for film.