Besides “The Color Purple,” “Passing Strange” is one of the few musicals on Broadway to have captured the African American experience as written by an African American artist. Stew wrote the lyrics and book, with orchestrations by Heidi Rodewald and Stew, in collaboration with director Annie Dorsen.

Loaded with soulful lyrics and overflowing with passion, “Passing Strange” takes a trip across boundaries of place, identity and theatrical convention: part musical theater, part rock concert, and part performance art. It was deemed such an important part of the African American musical canon that filmmaker Spike Lee made a permanent record of the Broadway production by filming the last three performances at the Belasco Theatre.

With its Broadway premiere in 2008, “Passing Strange” was nominated for seven Tony Awards, winning one for best book as well as three Drama Desk Awards.

We are in a Golden Age of American playwriting with writers...writing for members of the Global Majority and the LGBTQIA+ community, but there is still little representation of these communities in American musical theater. By providing the opportunities available in 'Passing Strange,' we are trying to rectify that in a small way.

As the character Youth charts a course for “the real” through drugs, sex, and rock ’n’ roll, he goes from Black, middle-class America to Amsterdam, Berlin and beyond on a journey to personal and artistic authenticity. Youth finds that he can express himself more freely in a Europe that is less enmeshed in racism than his home in America.

The production reflects the School of Drama’s ongoing effort to broaden programming to include more work created by historically underrepresented communities in the entertainment industry.

"At UNCSA, we have such a diverse student body, and we are committed to finding stories that reflect the lived experience of those students," said Scott Zigler, dean of the School of Drama. "We are in a Golden Age of American playwriting with writers like Lynn Nottage, Jeremy O. Harris, and Young Jean Lee writing for members of the Global Majority and the LGBTQIA+ community, but there is still little representation of these communities in American musical theater. By providing the opportunities available in 'Passing Strange,' we are trying to rectify that in a small way."

Zigler said that UNCSA students are passionate about having the opportunity to both play characters who reflect their lived experiences and those who stretch and challenge their imaginations as actors. 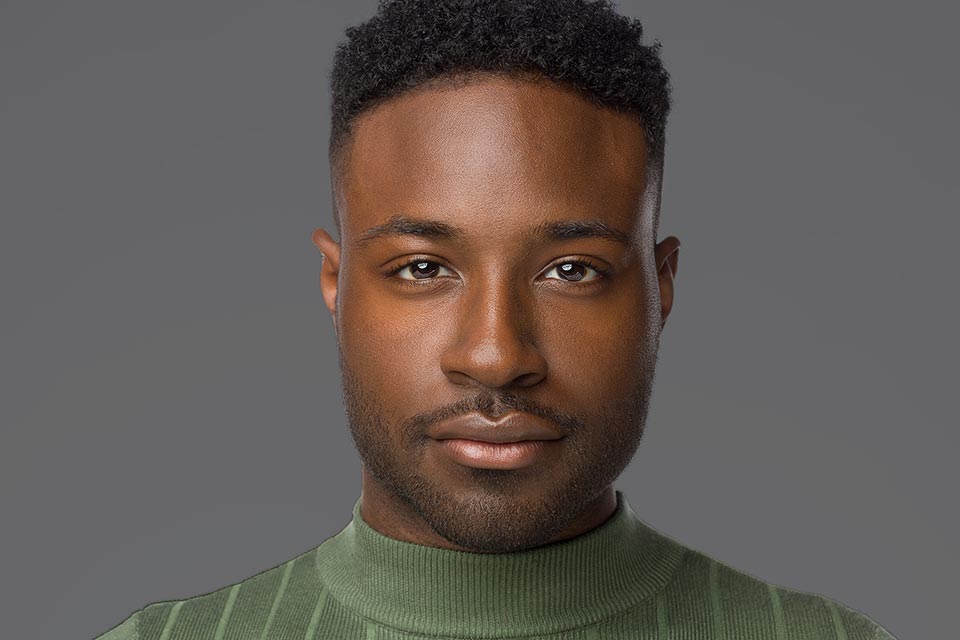 Fourth-year student Murphy Lorenzo Applin Jr., who plays the Narrator, a man in his 40s, gets to do both in this show – play to his lived experience as a young African American artist and extend himself into the world of an older man.

“I’m glad that we are able to have a show where almost all the artists in the room are Black,” Applin said. “We’re not just Black people, but we are also a community.

“This is the first Black show that I’ve been a part of that I don’t have to dig into trauma. Written by an American who moved to Europe where he could embrace his otherness, it’s not just a play; it’s a life story.”

Applin said that director Christopher Burris has given him the freedom to express himself in the character.

“I’ve been doing my best to not play Stew. His experience is his experience. So I’ve been bringing as much of myself to this role as possible,” Applin said. “The Narrator is written so that he can be interpreted in many ways. There are no expectations, and that’s really fun too.”

Burris is a visiting faculty member with an extensive resume as a professional actor in theater, film, television and voice-over. He has taught and directed at Pace University, New York University, and the University of California San Diego. He and McClain-Freeney have collaborated off-Broadway and for the Polyphone Festival at The University of the Arts (UArts) in Philadelphia.

“College is the perfect time for students to engage with this edgy and inspiring musical,” said Burris. “I am honored and eager to share the story with the students of UNCSA. This is an explosively talented cast of future superstars and 'Passing Strange' will be a production Winston-Salem will not soon forget.” 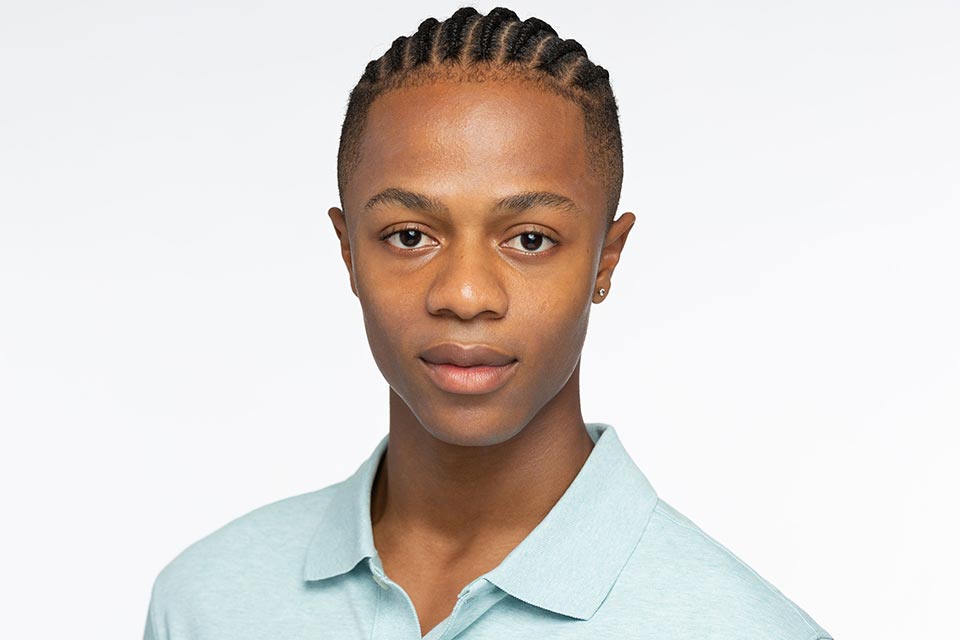 Another fourth-year student, Deandre Sevon, is playing Youth. “The Narrator is telling the story, and I’m the one who’s going through it,” he said. “It’s really wild to be having this experience. It feels really communal, like a group effort. I’m really having fun, and everybody sounds amazing.

Sevon and Applin met when they were both first-year students.

“The community of BIPOC artists at our school is really strong, and I’m getting to work with some of my friends who I’ve been dying to work with for years,” Sevon said. “When Murphy and I met four years ago, we used to sing and improv together. ‘Passing Strange’ is like a full-circle moment for us.”

One of his favorite moments comes near the end of the show: “One of the characters says to the Narrator, ‘The character in your story is looking for something that can only be found in art,’ and that resonates with me every time.” 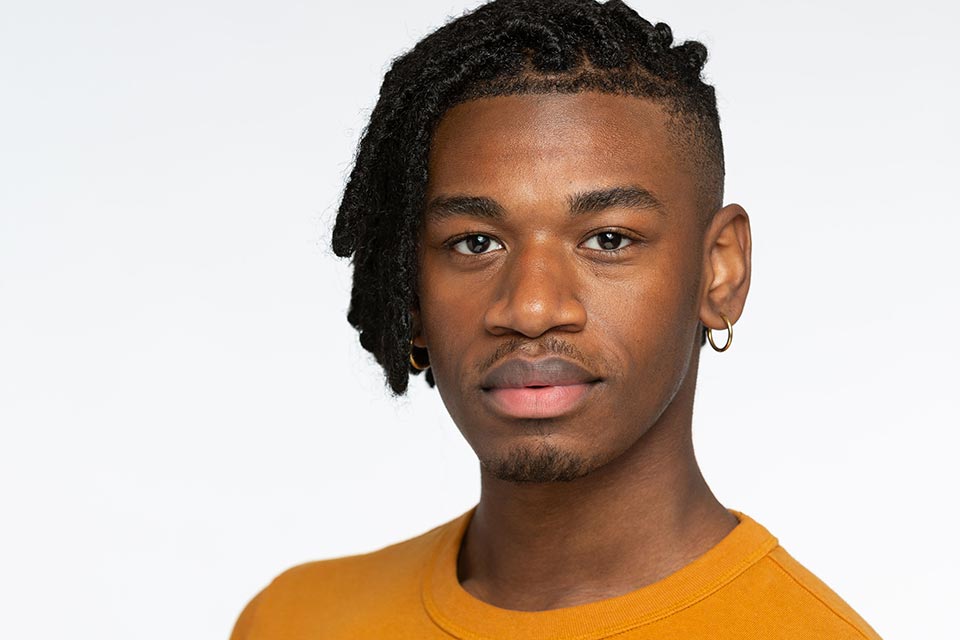 Rounding out the cast are Seth McLaughlin as Rev. Jones, Terry, Christopher, and Hugo; Kennedy Jackson as Marianna, Edwina, and Sudabey; Bailey James as Mother; Maleek Slade as Franklin, Mr. Venus, and Joop; Aisha Sougou as Kelso, Desi, Sherry, and Renata; and Jasmine Hurt as Heidi.