Third-year Drama student DaMya Gurley is a viral content creator on TikTok, a video sharing platform that has been the most downloaded social network app in the world for the past two years. On her channel, Gurley has amassed more than 368,000 followers and counting. She regularly posts videos of improvised skits to her account, most of which highlight the humor in everyday situations and common themes in popular media. Her most-viewed video, titled “the inspirational final monologue on every Disney Channel movie,” has received over 9.6 million views and 2.9 million likes to date. 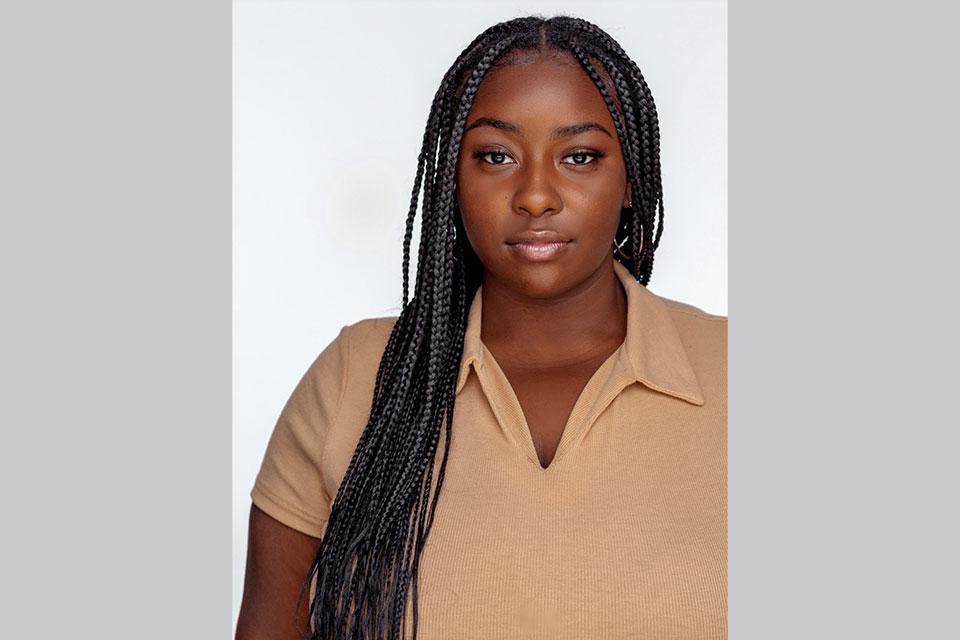 From this success, Gurley was hired to participate in sketch comedy series “Stapleview,” which airs on TikTok live stream. The show, named because the studio where they film is situated behind a Staples store in Los Angeles, is a collaboration between series creator Sam Grey, a former producer at Broadway Video, the studio founded by Lorne Michaels of “Saturday Night Live,” and six other popular TikTokers. Gurley has spent the last several months in Los Angeles prepping for and filming the series.

We caught up with Gurley to learn more about her rise to fame on TikTok, her experience filming “Stapleview” and her acting journey.

From TikTok fame to starting “Stapleview”

After downloading TikTok in 2019 to consume content, Gurley quickly started creating funny videos and sharing them with friends. After making a video titled “The Cheetah Girls in less than 60 seconds,” Gurley decided to post it publicly and ended up getting over two thousand views. Though she was encouraged by the performance of the video, she didn't start posting regularly until the early days of the COVID-19 pandemic in spring 2020.

After posting videos for about a year, her views started to pick up in February 2021. That’s when she started to research popular methods of how to achieve success on the platform. “I remember reading various articles that had different advice, such as post at the same time every night or find a niche and stick with it,” recalls Gurley. “But ultimately I read an article that said to make a channel take off you need to first figure out what you want to do with it.”

This advice stuck with Gurley, who realized that since she was in school for acting, she wanted improvised skits to be the focus of her content. Skits ended up being the best method, and her account grew rapidly when she began creating videos inspired by various Disney Channel scenarios. Gurley received an email in the fall of 2021 from Grey, with an invitation to discuss his vision for “Stapleview.” Her classmates encouraged her to take the call and learn more about the opportunity.

As a long time fan of sketch comedy series such as “Key and Peele,” “Living Color” and “Saturday Night Live,” Gurley was excited to participate in this Generation Z-focused iteration of sketch comedy, but was on the fence since it would mean missing her spring 2022 semester at UNCSA. With Dean of Drama Scott Zigler and faculty Krisha Marcano’s support, she signed on to the project.

In Los Angeles, Gurley has had a standard five day work week schedule for “Stapleview.” “On Mondays, we work on scripts with the production team and end the day with the ten we are doing for that week. Tuesdays and Wednesdays we rehearse, Thursdays we go live and on Fridays, we debrief and plan for the next week.” Overall, Gurley has enjoyed the experience and loves being able to work with talented and established professionals from across the industry. “My main goal is to apply myself and absorb as much knowledge as I can while I am still in the process of finding and nurturing my own comedic style,” she says.

Born to be in the spotlight

From a young age, Gurley would write, produce and act in her own plays, often enlisting her cousins to help perform for friends and family in their hometown of Pittsburgh, Pennsylvania. After years of these performances, one of her aunts recognized her passion and talent for entertainment, and encouraged her to pursue an artistic education.

Gurley’s first experience at an arts based school was at Pittsburgh Creative and Performing Arts (CAPA), a magnet school that offers a variety of arts programs. “I remember for my audition, I did a monologue from ‘The Princess Diaries’ in both a dramatic style and then a comedic style,” she recalls, “and it was the first time I had that feeling of confidence during an audition.”

After graduating high school, she attended the American Musical and Dramatic Academy (AMDA) in New York City, where she completed a two-year acting certificate. After graduation, she decided to stay in New York and try auditioning for roles but says she was in a state of mind where she felt she wouldn’t ‘make it’ as an actor: “I was in a place where I felt that I needed to change everything about myself if I wanted to be successful in this industry and was feeling dejected,” recalls Gurley.

Her trajectory changed on New Year's Eve 2018 while catching up with CAPA classmate and longtime friend Lawrence Davis (B.F.A. Drama ’21). “Hearing Lawrence talk about the faculty members, diverse opportunities and overall positive experience he was having in the acting program at UNCSA made me want to be there and convinced me to audition,” says Gurley.

Grateful to be a Fighting Pickle

During her audition in New York, Gurley sat down for her interview with Zigler and faculty member and alumnus Quin Gordon who also serves as the school’s director of recruitment. When asked why she wanted to attend UNCSA, Gurley responded, “I thought in order to make it in this business you had to be one thing – but in talking to Lawrence and both of you it sounds like UNCSA helps people get to where they want to be while maintaining who they are.” Weeks later, Gurley received her acceptance phone call from Gordon, which is a memory she cherishes.

“UNCSA has a strong sense of community that I felt very early on,” says Gurley of her experience so far. However, she has also struggled with the challenges of imposter syndrome. 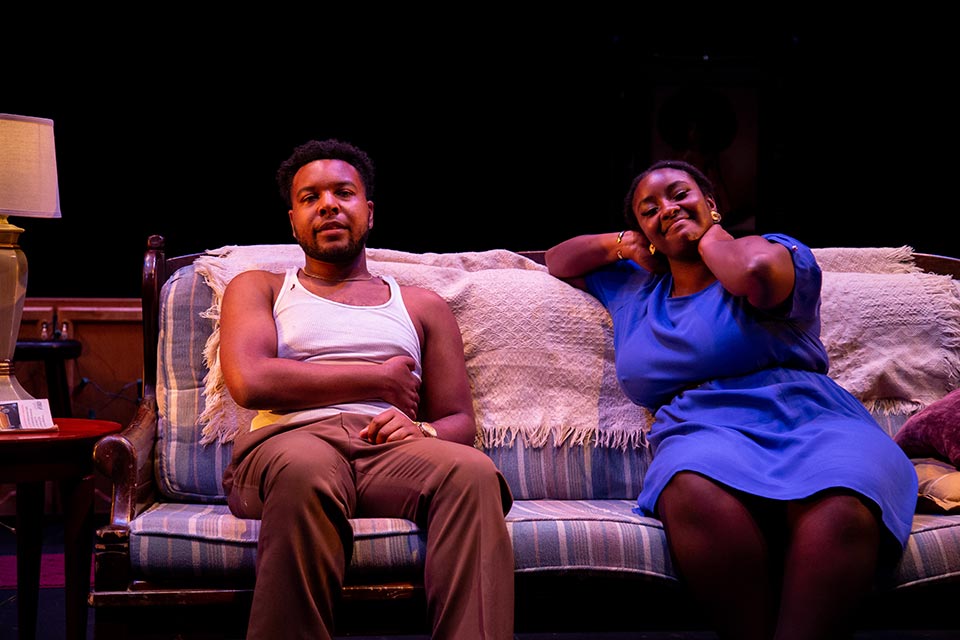 A contributing factor to this feeling came from having trouble fully understanding a Stanislavski method exercise her cohort was learning in beloved faculty member Tayna Belov’s class. After a few weeks of struggling, Gurley says the lesson ‘finally clicked’ in her head, and that’s when she really found her stride: “From that class I knew that even though I would have to continue to really apply myself, everything I was learning was creating a foundation to use throughout my career.” Furthermore, she learned an important lesson in not letting imposter syndrome win. “Imposter syndrome can happen any time you are trying something new,” she says, “but you can’t let it dictate what you do or how you do it.”

Looking ahead, Gurley hopes to take inspiration from some of her favorite content creators like Issa Rae, Jordan Peele, Quinta Brunson and Michaela Coel as she continues to write and tell stories that feel relevant to her. Wherever her next step takes her, Gurley is grateful for the coursework at UNCSA that has prepared her for a career in the entertainment industry. “With my UNCSA training, I see all that I am capable of accomplishing.”