Alumni from the School of Music at the UNCSA took first and second places at the Rosen-Schaffel Competition for Young and Emerging Artists held at Appalachian State University on Sunday, July 24, 2022.

For the first time in the competition’s history, eligibility was open to students outside of North Carolina this year. Dean of Music Saxton Rose said that despite the change, UNCSA students continued to earn top accolades, as they have throughout the competition’s history. “Even with the expanded eligibility this year, our students continued to dominate this competition winning both first and second prizes. I think this highlights the exceptional talent in the UNCSA School of Music.”

Winfred Felton studied bassoon performance with Saxton Rose at UNCSA. He is also a former student of the multiple Grammy Award-nominated bassoonist Martin Kuuskmann, with whom he studied at the Lamont School of Music. Felton performed Grand Concerto in F Major by Johann Nepomuk Hummel.

Luca Kevorkian studied violin performance with Kevin Lawrence at UNCSA. He performed the Sibelius Violin Concerto. Kevorkian has most recently performed as part of the Carolina String Quartet in Winston-Salem. 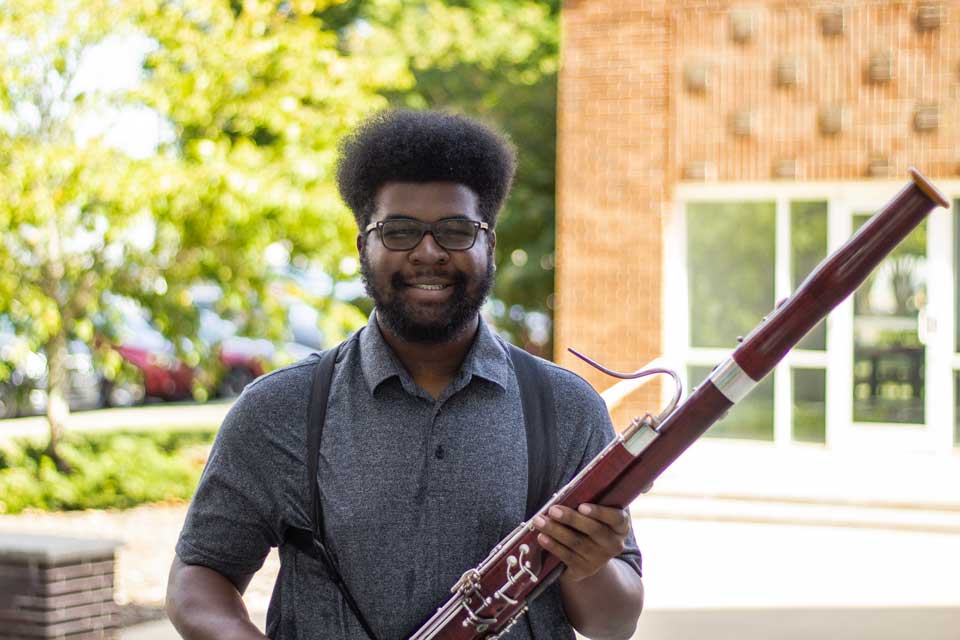 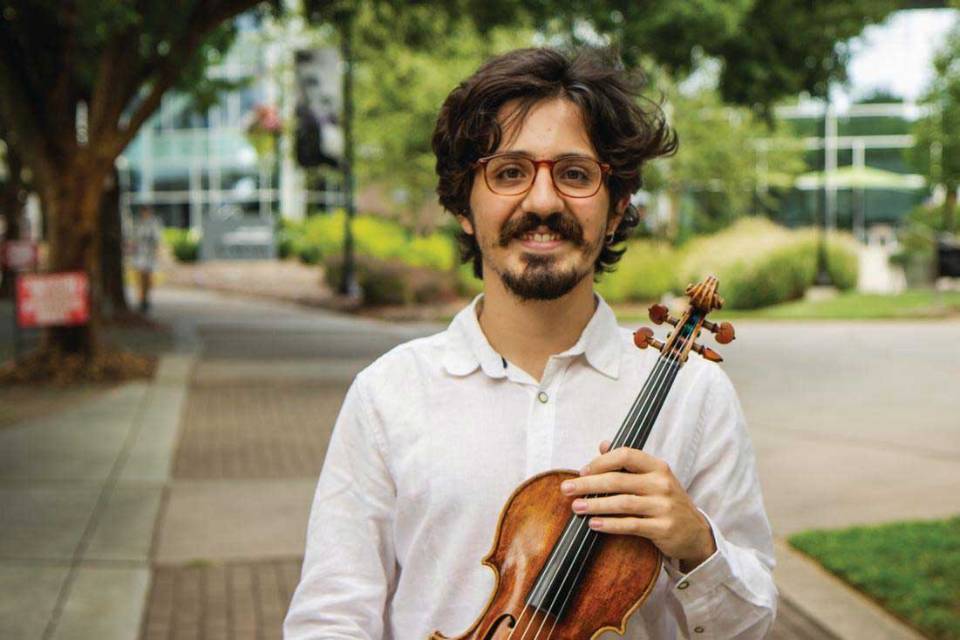 Luca Kevorkian is a 2022 graduate of the School of Music at UNCSA where he holds a Bachelor of Music in violin performance. Kevorkian grew up in Rio de Janeiro, Brazil, where he began his music studies in 2004 through the social project “Bem Me Quer Paquetá.” After hearing a string quartet performance at the age of seven, he was quickly drawn to the violin and started taking lessons from violinist Carla Rincón. As a part of the music education project, he premiered works by Brazilian composers such as Edino Krieger and Edmundo Villani-Côrtes. He has performed as the concertmaster of Paquetá Youth Orchestra in several concert halls in Brazil and Germany, where, in 2014, they completed their first international tour. Kevorkian has been awarded first prize in the 15th Paulo Bosísio National String Competition, Euterpe Music Club Competition, and the Chamber Music Competition of the 52nd Villa-Lobos Festival with cellist Miguel Braga. Kevorkian has performed in masterclasses given by artists such as Leon Spierer, Ole Bohn, Koh Gabriel Kameda, Matt Haimovitz, Paul Neubauer, Nadja Salerno-Sonnenberg and Pinchas Zukerman, and has attended the Green Mountain Chamber Music Festival several times.

Ashley May DePaola is a fourth-year undergraduate student in the School of Music at UNCSA, where she plans to obtain her Bachelor of Music in piano performance. DePaola from Fayetteville, North Carolina, was a member of the Fayetteville Symphony Youth Orchestra, where she was both the principal pianist and principal flutist. She also participated in the Fayetteville Symphonic Band and played piano for many churches in the area. At UNCSA, DePaola performed in the 2021 production of “The Nutcracker,” among many other performance opportunities, and has participated in master classes by several world-renowned pianists such as Alexander Braginsky, Arthur Greene, Alexander Kobrin, Marina Lomazov, Pavel Nersessian, and Joseph Rackers.