Today, on the observance of his birth, America and the world honor the life, legacy and dream of the Rev. Dr. Martin Luther King Jr., who tirelessly advocated for the use of nonviolent civil disobedience to end racial segregation and achieve racial equality, and advanced the causes of social and economic justice and international peace.

As president of the Southern Christian Leadership Conference, Dr. King provided leadership for the modern American civil rights movement in the 1950s and ’60s, significantly contributing to Congress passing the landmark Civil Rights Act and subsequently, the Voting Rights Act.

Dr. King was also one of the driving forces behind the March for Jobs and Freedom, more commonly known as the “March on Washington,” where he delivered his famous “I Have a Dream” speech. This, along with his Nobel Peace Prize lecture and his “Letter from Birmingham Jail,” are among the most revered and often-cited writings and spoken words of one of the 20th century’s most influential figures.

I hope you find time later today, at 2 p.m. in Eisenberg Social Hall, to be inspired by members of the UNCSA community reading Dr. King’s “Letter from Birmingham Jail,” along with performances and group reflections.

Another community celebration you could participate in is the Day of Service Read-In at Wake Forest University’s Benson Center on Saturday, Jan. 21, from 8 a.m. to noon. The annual event brings children to the WFU campus for a day of activities with students from WFU, UNCSA and Winston-Salem State that focus on remembering the civil rights icon and his message about literacy, equality and the importance of community service. Parents of K-5 children are required to register.

This year’s national MLK Day commemoration and celebration theme is “Cultivating a Beloved Community Mindset to Transform Unjust Systems.” Though today is a university, state and federal holiday, it is the only federal holiday designated as a national Day of Service, to encourage all Americans to volunteer. I encourage you to volunteer today and in the future as we strive to create King’s “Beloved Community,” where injustice ceases and love prevails.

As Dr. King said at the March for Integrated Schools in 1959: “Make a career of humanity. Commit yourself to the noble struggle for equal rights. You make a better person of yourself, a greater nation of your country, and a finer world to live in.” 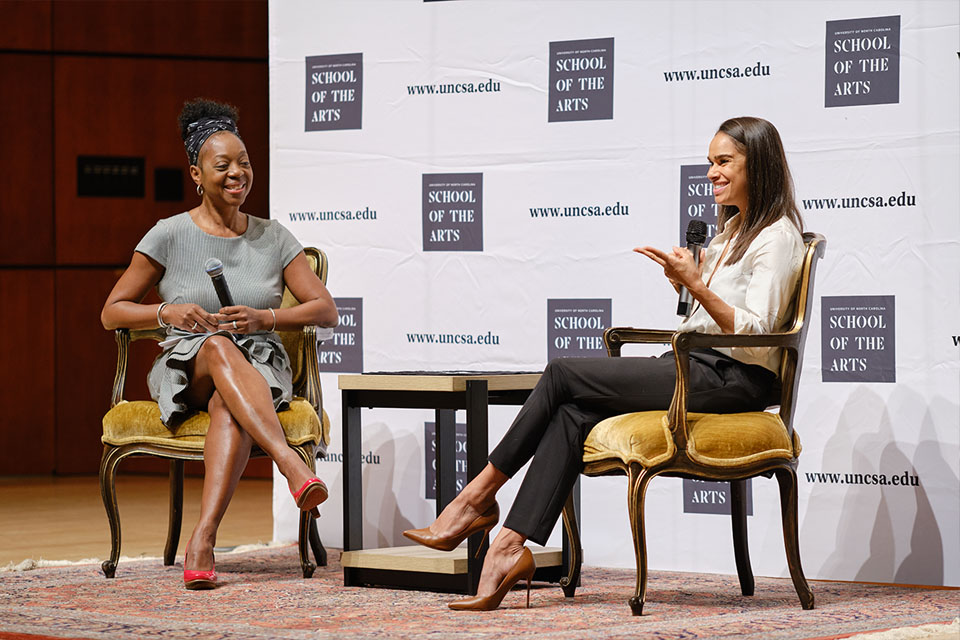 One outstanding example of an artist doing just that is American Ballet Theatre principal dancer Misty Copeland, who visited UNCSA last October at the invitation of Dean Endalyn T. Outlaw and the School of Dance. Copeland spoke in conversation with Dean Outlaw about her life, career and influences as well as issues of EDIB in ballet. She highlighted notable Black dancers from throughout history who have been overlooked, several of whom are highlighted in her New York Times-bestselling book “Black Ballerinas,” an illustrated collection celebrating dancers of color who have influenced her on and off the stage.

At the event, Copeland described how sharing the stories and legacies of Black and brown people in dance who haven’t been acknowledged is her purpose as a performer. “I began to realize that I can use this stage and platform and voice to connect with and share these stories,” she told our enthralled students.

That’s what I encourage you to do as you go about each and every day: Use your art to create positive social and economic change, and to “make a career of humanity.” As storytellers, we are uniquely equipped to effect change and make that finer world in which Dr. King dreamed we could all live. That is the ultimate way to honor him today, tomorrow and beyond.