In the past decade and a half, Matthew Murphy (H.S. Dance '03) has photographed some of the biggest shows on Broadway. From the signature "Hamilton" logo (think stars and silhouettes) to "Moulin Rouge! The Musical," "MJ: The Musical," "Hadestown" and many, many, many others — you've seen his work, whether you know it or not.

Murphy grew up in Montana and trained as a ballet dancer in the School of Dance during his high school years. During his time at UNCSA, he was recruited by American Ballet Theatre (ABT) to join their studio company in New York, where he danced from 2003-08.

After four years with ABT, during which he kept a blog of his travels, Murphy's life took an unexpected turn. Here, he shares how that change led him on the path toward photography and reflects on how the skills he learned as a dancer have served him well in his life as a Broadway photographer. 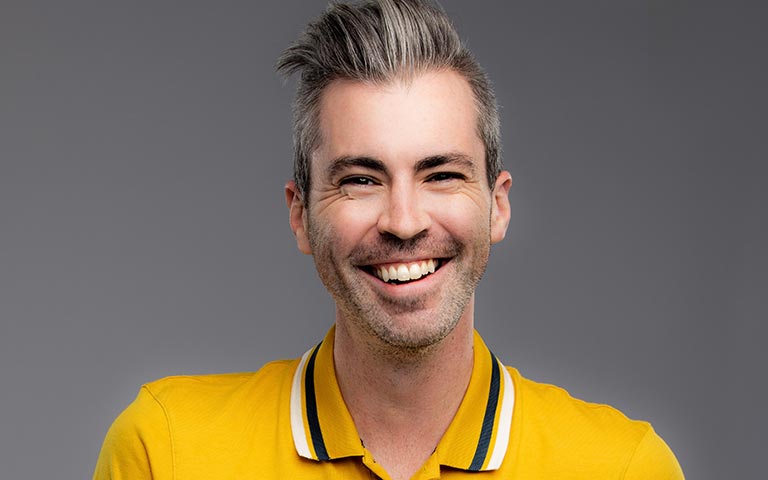 Can you share how you transitioned from dancing at ABT to becoming a photographer?

I woke up one day and couldn't get out of bed. I felt completely debilitated. After months of different doctors and people trying to figure out what was wrong, I was diagnosed with chronic Epstein-Barr virus, which is essentially like chronic mono. That was not very conducive to a dance career.

I stayed with ABT and tried to recover. They were very supportive. My creative brain was going haywire because I was in my apartment with nothing to do. I had been documenting my time on the road with ABT for a blog and I thought, 'Well maybe taking photos would be a good way to spend my time.' I went on Amazon and spent my savings on a camera. I was able to come into rehearsals at ABT and spend whatever energy I had during the day taking photos.

Learning on dancers is a really wonderful way to learn about photography because it's very difficult. It's very fast, you have to be very technical with your settings. And with ABT, those are the best dancers in the world. I had all of these wonderful photo subjects.

Learning on dancers is a really wonderful way to learn about photography because it's very difficult. It's very fast, you have to be very technical with your settings. And with ABT, those are the best dancers in the world. I had all of these wonderful photo subjects.

It was a whole year of me going through that process and trying to figure out what was going on health-wise. I was simultaneously very excited by the photography, but also devastated by the loss of my life as a dancer. It was a real push-pull of emotions at that time in my life.

After a year, it was too emotionally taxing. I stepped away and decided to focus as fully as I could on photography at the time. I knocked on every door and asked every connection that I had in the dance world if they needed photos. And it kind of started to snowball from there.

Do you have any favorite shows or subjects that you've worked with?

I get attached to all of the shows that I shoot and my favorites are constantly changing. There are a couple over the last decade that have been real turning points for me, though.

The biggest one is shooting the "Hamilton" logo, the photos that were turned into the star silhouettes on all of their branding. It's the kind of thing where I knew it was going to be a big deal because of the team, but those photos were shot right before it opened off-Broadway and I don't think anyone had a clue what it would turn into. 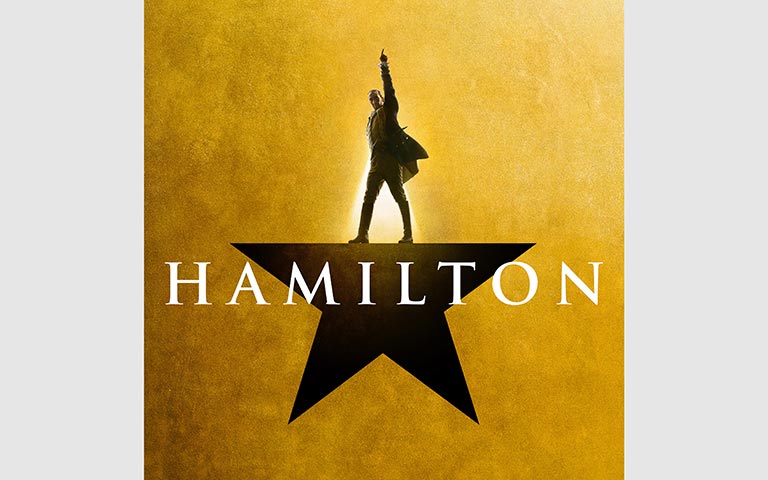 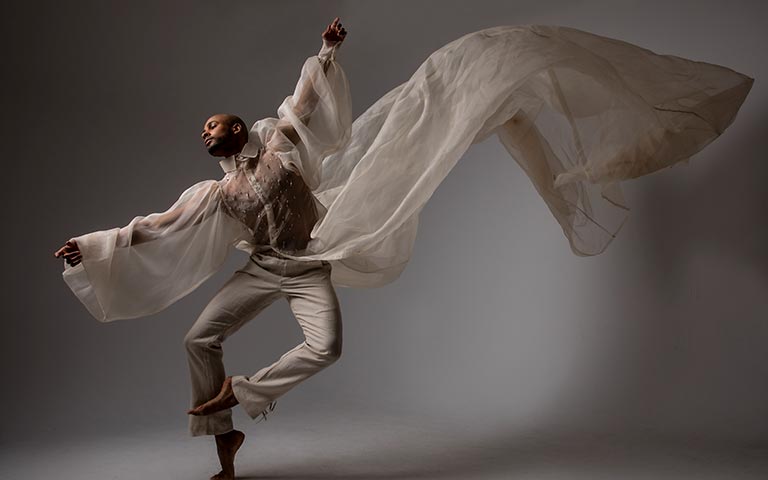 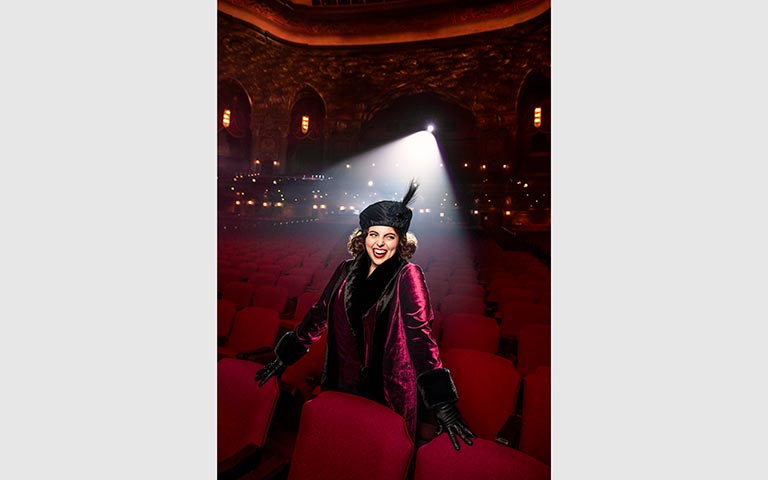 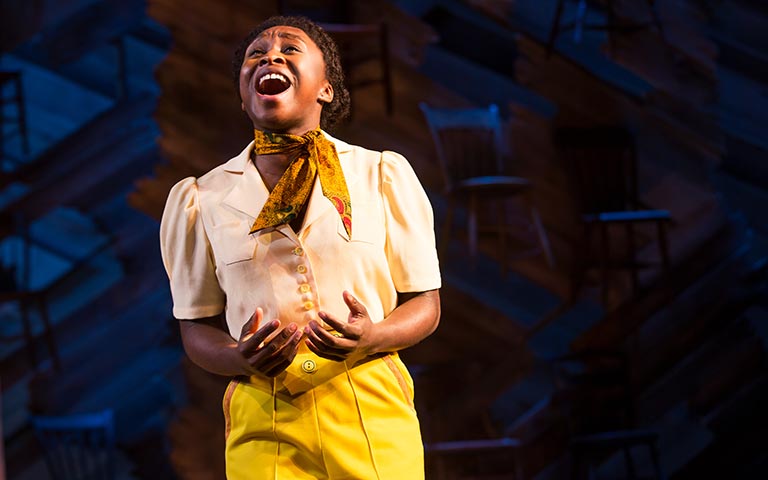 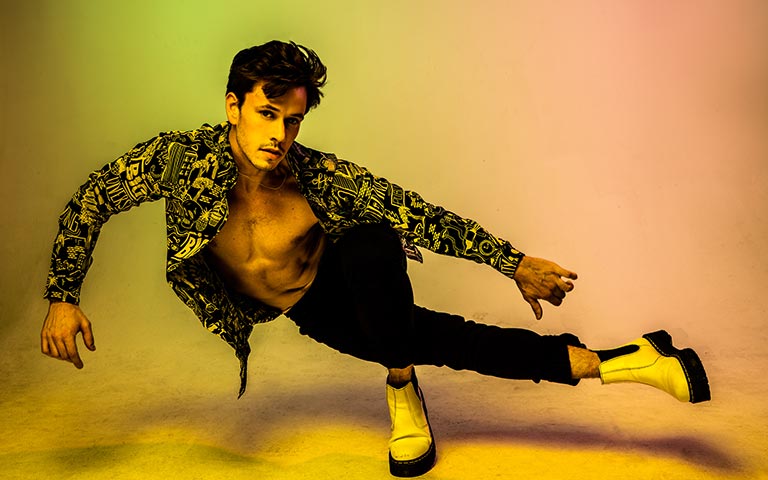 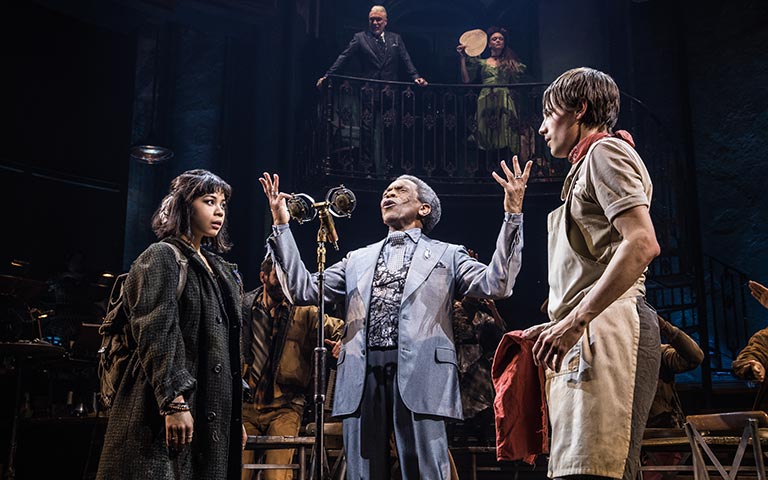 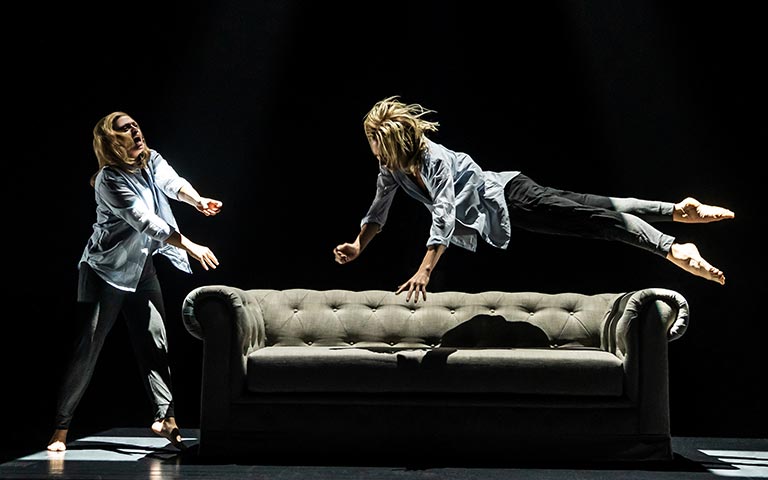 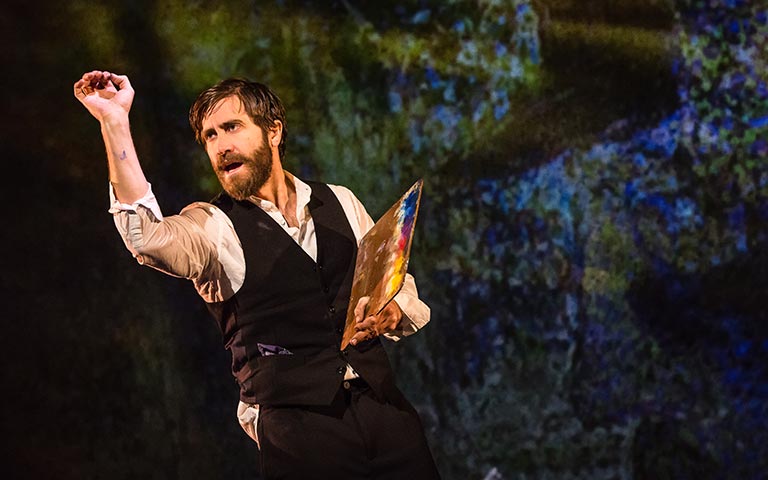 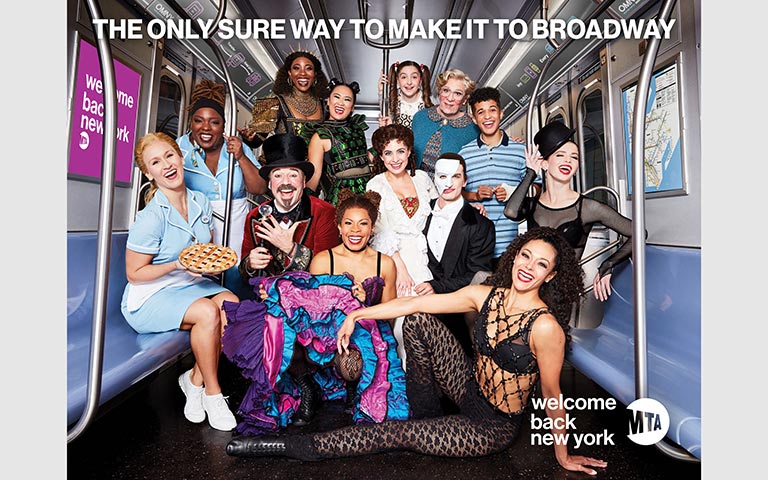 That was a really exciting shoot, not only because it was Hamilton, but because it was so dance-focused. For me, I have always really tried to make my brand of photography about movement. The fact that I got to work with choreographer Andy Blankenbuehler on that to create the shapes for those different silhouettes, it felt really exciting that it was a bridge between my time as a dancer and my time as a photographer. It was all synthesizing into what I had hoped and dreamed that it would be.

The other one that pops out a lot that has been really thrilling to work on is “Moulin Rouge.” It is so dance heavy and just this lush, visual spectacle. The images are really about movement and emotion coalescing into one — it makes that show feel like the most accurate visual representation of the kind of work that I'm aiming to do.

Can you tell us about your work on "When The Lights Are Bright Again"?

Editor's note: "When the Lights are Bright Again" is a collection of letters from theater veterans, audience members, designers and many others that "immortalizes the stories, struggles and successes of an industry that was first to be shut down and one of the last to return" during the COVID-19 pandemic. The book was compiled by Andrew Norlen and features a new photograph series by Murphy.

In spring of 2021 I received an email from Andrew, a friend of mine that I worked with on the "Kinky Boots" tour. He had an idea for a book and was asking theater artists to submit letters about what the pandemic was like for them. He asked if he could use some of my photos.

It was at just the right moment where I was able to say, "Let's just do a fully new series." It was a great moment because the more we spread the idea, the more people got excited about it. It became this really cathartic exercise to write the letter to themselves and reflect.

The photo sessions were fast and furious, we were shooting 10 people a day. I knew it would be stressful and I knew that it would be, hopefully, healing to be back in a room and collaborate again. And it did feel like a special moment to give people a space to just exist in a room with people again. To witness people step back into their artistic selves, I felt really lucky to be a part of that.

What parallels do you see in your work as a photographer with the skills you developed as a dancer at UNCSA and ABT?

The thing that it took me a little bit of distance from ending my dance career to see is that so much of the skill set that I learned at UNCSA — that I thought was only applicable to dance — is actually the throughline of my work ethic for all of the different types of work that I do.

As a dancer, it was about learning communication, refinement of line, refinement of energy and always working to chisel away at the details. I think that, as a photographer, is a really valuable skill set and something I'm always trying to keep in tune.

All of those skills that I learned as a dancer have carried me; they are the things I fall back on when I'm feeling unsure or lost. I trust the muscle memory and know that it's all there and is something I've worked on since I was a kid.