In October 2020, the New England Foundation for the Arts (NEFA) announced the recipients of its prestigious National Dance Project (NDP) Production Grant. Among those recipients was contemporary dance alumnus Kevin Lee-Y Green (B.F.A. Dance '08) and his company, Techmoja Dance and Theater Company, based in Wilmington, N.C.

The grant will assist in funding the production of "Quiet As It's Kept," a dance project that explores the intersection of historical sexual trauma, Southern culture and silence in the Black community. 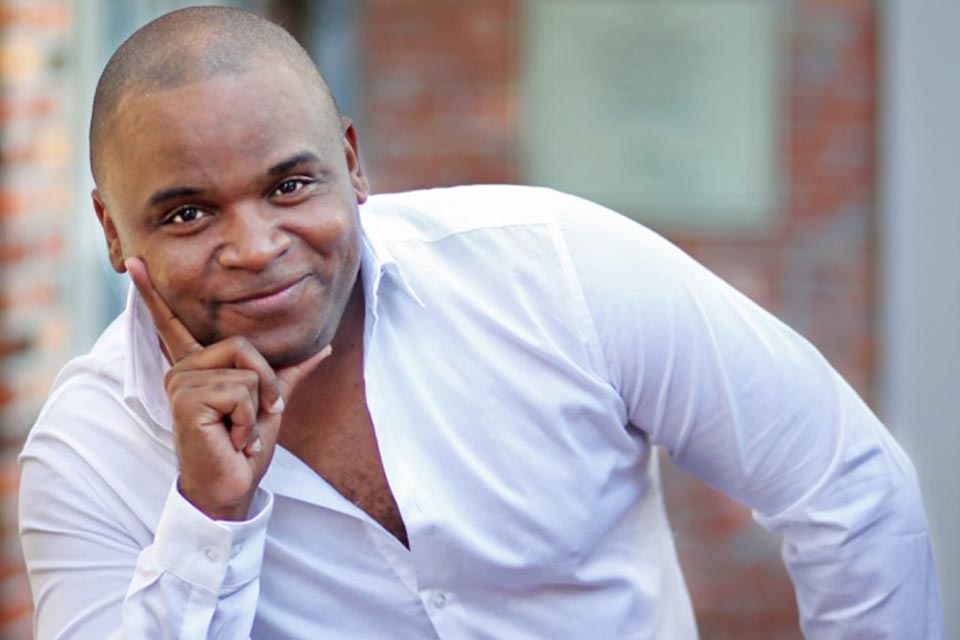 Green also recently learned that Techmoja will be the recipient of funding from The Black Seed, part of a national strategic plan announced last year to "create impact and thrivability for Black theater institutions." Techmoja was one of nearly 100 institutions to receive a grant during the first round of funding.

The awards underscore the community-driven work he's been doing since he graduated from the School of Dance and returned home. Green took some time to talk with us about the importance of place and giving voice to untold stories — and the power of the arts to guide healing from personal and systemic trauma.

Amplifying the voices of a community and region

"'Quiet As It's Kept' emerged from work we were doing in the coastal region and stories we realized were not being told," Green says. He also noticed a lack of representation in the national media stories about sexual trauma. "They were never about people of color," he says. This was an omission he found especially unsettling, considering the founder of the #MeToo movement was a Black woman, Tarana Burke. "That bothered me … We were doing deep listening in the community and asking how we could play a role in reflecting some of those stories back." 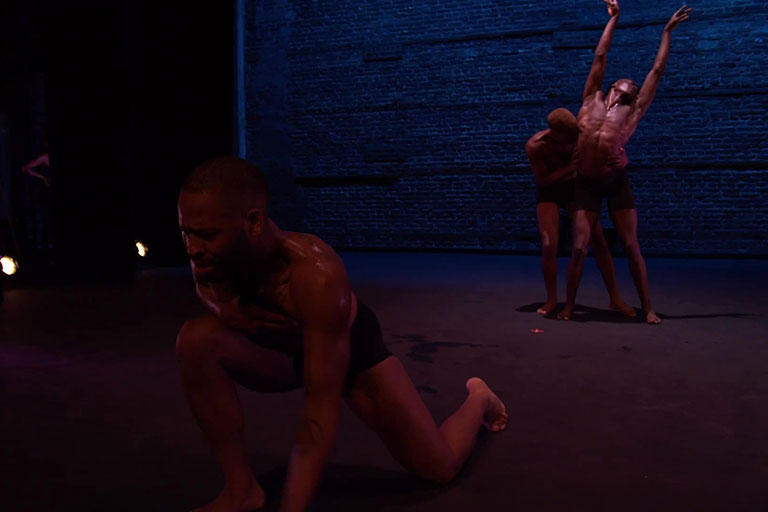 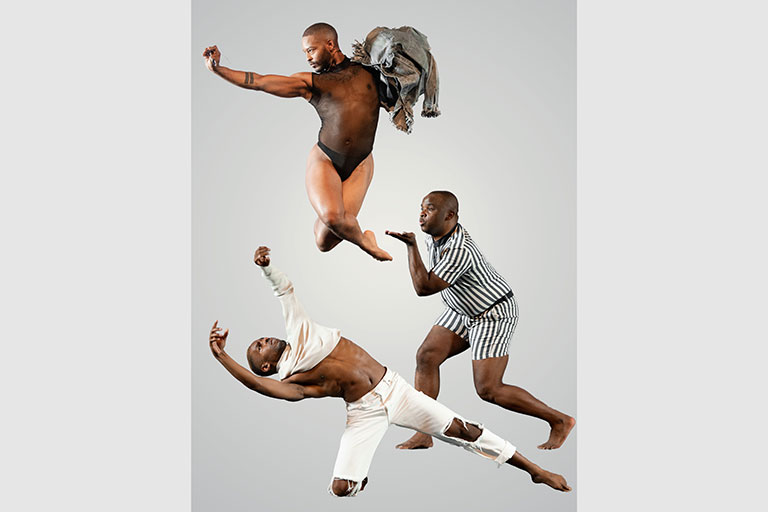 As a recipient of the NDP grant, Techmoja was awarded $45,000 for the creation of a new work, as well as $10,000 in unrestricted general operating support. NEFA awarded $2 million in grants to support the creation of 20 new dance works, with lead funding provided by the Andrew W. Mellon Foundation and additional support from the Doris Duke Charitable Foundation.

Forging his own path

As his career was beginning, Green was faced with some life-changing moments.

During his senior year, he auditioned for "The Lion King'' on Broadway. The same agents were also casting for "The Color Purple" and encouraged Green to audition. They told him if he could land a back handspring, he'd have a part in the show's ensemble.

Then, just a few days before the audition, his father, Lee-Y Green, died. "That really changed the course for me," Green says. In the wake of his father's death, he felt like he needed to go home and take care of his mother. "That decision turned into something beautiful. I really wanted to have my own voice in choreography and the arts."

He returned home to the small town of Bolivia, N.C., about 20 miles southwest of Wilmington, where both Green and his mother, Donna Joyner Green, an arts administrator, recognized a need for Black-led arts organizations in the region. Together, they co-founded Techmoja in 2009.

Art for the whole community

"I had to make a decision to make art in the place that I grew up," Green says. "My dream is that places like Bolivia have art. Techmoja is rooted in the community and provides a space for Black artists in the region." The company's name is a nod to family, too—it's a combination of the words "technique," "modern" and "jazz," coined by Green's father. 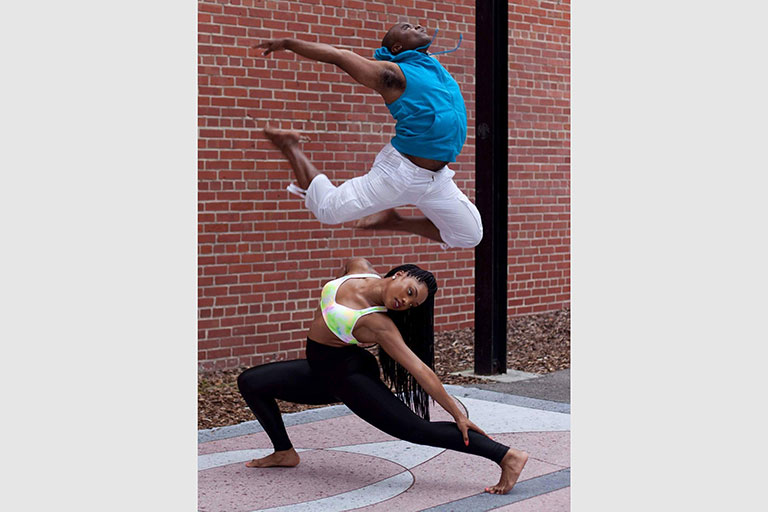 In addition to dance and theater performances — the company had a successful run of "Dreamgirls" at the beginning of 2020 — Techmoja hosts workshops and classes for the community. Beyond typical dance instruction, Green says they use "movement as a vehicle to heal and help people work through things. We want to build up the community and help people tap into their resilience, giving them a sense of pride in where they're from and where they are."

The response and community support has been overwhelming. That, he adds, has helped bolster the work that he views, in part, as philanthropy.

He lists UNCSA alumna and guest artist Camille A. Brown as an inspiration in his interactions with the community and company dancers. "She was such a beacon of light when I was going through some of my roughest moments [at UNCSA]," he says of Brown, who was the first person to cast him in one of her pieces.

"She was very much an example of who I hoped to be," he adds, "and laid the framework for how I go about working with people — making sure you understand them and that they feel safe."

That's had a lasting impact on him, both personally and professionally, as he's weathered a series of challenges and developed Techmoja as a center of community and healing.

A tool for healing

Over the last several years, Green has experienced grief in his mother's death and a destructive house fire (both in 2014) and regional disasters like Hurricane Florence in 2018 — with both personal and communal losses. Throughout that time he's continued making art and using dance and theater to guide the community through its trauma and healing processes.

Additionally, the COVID-19 pandemic has made him realize his vulnerability as an artist and within the larger community, prompting him to build additional safety nets. "COVID has driven me to build up the institution part of Techmoja," he says. To that end, the funding from the National Dance Project and The Black Seed are deeply important.

However, the uncertainty and inequities COVID-19 has illuminated in the Black community are not new or unknown to Green. With ongoing issues like gentrification of coastal communities, which has pushed largely Black communities into flood zones, he says the research and reflection needed to withstand COVID-19 were already in place. "We've been living in a world like that anyway," he says. "I've just tried to stay the course."

His work running his own company has its challenges and its rewards, he says. But it has taught him the value of discovering his own path and embracing his roots.

One thing I would encourage people to do is to chart their own path. There are beautiful stories and culture in the places that you come from. You'll get where you want to be if you're resilient, believe in who you are and take pride in that.

"One thing I would encourage people to do is to chart their own path," Green says. "There are beautiful stories and culture in the places that you come from. You'll get where you want to be if you're resilient, believe in who you are and take pride in that."