School of Dance alumnus Trey McIntyre (H.S. Dance '87) recently launched his dance company, Trey McIntyre Projects (TMP), after a more than five-year hiatus. The re-envisioned TMP has a new centerpiece: FLTPK, a platform for high-quality dance films created for phone and laptop screens — his response to COVID-19 and the ever-evolving digital landscape.

The prolific choreographer, who has created more than 100 original works, is no stranger to film and photography. He's been making films for years and has artfully woven together his passion for both.

From his newest home base in London, he shared how he developed FLTPK, what drew him to choreography and how he's continually created art and roles outside of the conventional mold.

As the pandemic began to shut down the arts industry and the country in early 2020, McIntyre was already making dance films. "I could tell that it was much bigger than just the individual films," he says. And while there was plenty of content out there, the quality varied tremendously.

As a result, he launched FLTPK (pronounced "flatpack") in August as a platform that includes a "worldwide community of artists" dedicated to film and dance. He's premiered three of his own works on FLTPK and has commissioned at least three others. 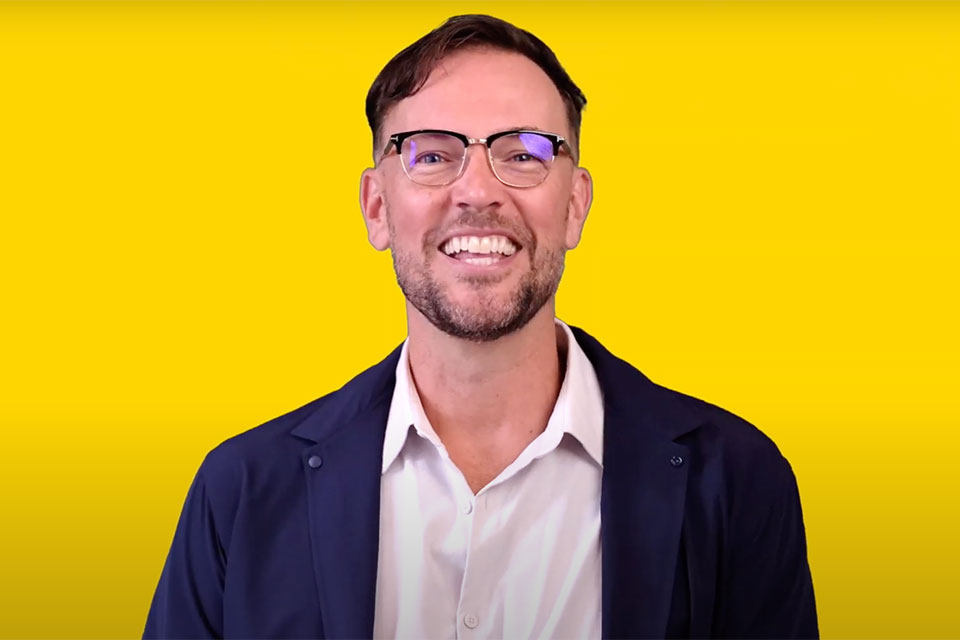 When he came up with the idea, he was as much planning for the future as adapting to the present. "At the time, I really was thinking about how dire things might look for choreographers," he says, in the wake of the pandemic.

The key is in making the project sustainable. Through the Patreon platform, a membership-based service that allows individuals to support work from their favorite artists at tiered levels, he raises money to support the films while also increasing access to content to subscribers around the world.

New films are released on a regular basis and all proceeds go to the dancers, filmmakers and other artists involved in making the films. "FLTPK changes the model from being focused on the individual 'stars' to a group effort where the entire team works together to make the pie bigger for everyone," he says.

Growing up in Wichita, Kansas, McIntyre's art was in some ways a process of gradual discovery. He came to ballet by way of musical theater. "I was a musical theater kid," he says, "and I needed those dance skills. I saw my first choreography when I was about 12, and I just had this gut feeling that what I really wanted to do was create new dances."

When it came time to study dance more intensively, McIntyre remembers seeing the movie "Fame" as a kid and realizing that "places like this [UNCSA] exist." He researched schools in periodicals and one of the places he visited was the School of the Arts, where he eventually enrolled in the high school ballet program. "I took a road trip with my mom and I was dazzled by the school," he says. "Something there really spoke to me."

"I was a natural mover, but I was never that successful in the ballet program," he says. But, he did make connections and begin to discover his passion for choreography at the school. And he found support from faculty members in pursuing his interests, particularly from Mabel Robinson, who taught in the contemporary program at the time. "She always made me feel seen."

He was connected to Houston Ballet's summer program through the contemporary faculty, and there he met Ben Stevenson, who served as Houston Ballet's Artistic Director for more than 25 years. Upon graduation in 1987, McIntyre joined Stevenson and the Houston Ballet as its first choreographic apprentice, a position created specifically for him.

"For a ballet dancer to start as a choreographer was very unusual," he recalls. While his work in Houston helped him develop his choreography skills, "those were actually really hard years for me," he says. As a dancer working with a company but not doing much dancing, he felt the model wasn't viable for him.

In 1995, he made the decision to work solely freelance, a choice made more for the creative opportunities than a paycheck, he admits. His freelance business kept him busy, although he wasn't intending to start a company. He was skeptical about taking on the role of a traditional artistic director, but as his freelance work grew, he began to think about what it would like to create his own company. 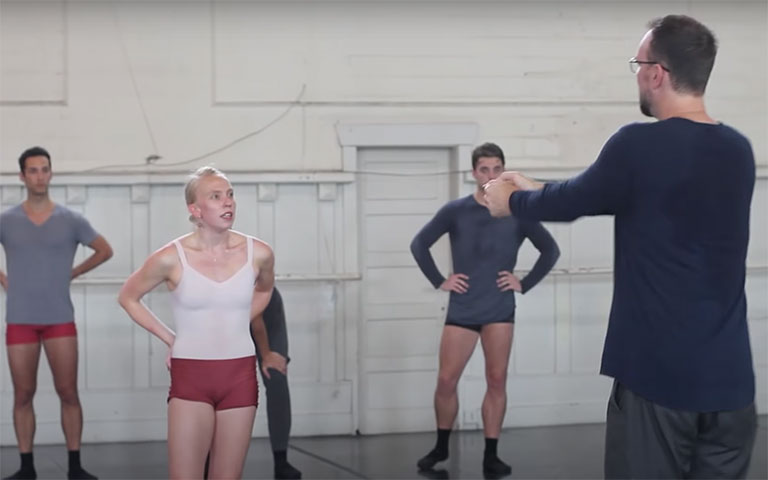 An interview with McIntyre about his piece "Blue Until June" with SMUIN Ballet.

That company came about in the form of Trey McIntyre Projects, founded in 2005. "I thought, 'Can I make this work in a different way?'" he says. Once the company was born, he needed to search for a home base. He knew plenty would assume it should be New York City, but he chose Boise, Idaho, in part on the recommendation of a friend and fellow dancer from UNCSA, Jon Swarthout.

As a Kansas native with his own "heartland sensibilities," McIntyre was intrigued and chose to explore the blooming arts scene in the city. "We did become an intrinsic part of that city that people were excited to be a part of," he says. "I think the ongoing effect is still quite palpable."

And although he's lived in many major cities over the years  — Houston, New York, Portland, Phoenix, Austin, San Francisco, Los Angeles ("for about five minutes"), and now London — the influence of his upbringing in the Midwest still infuses his work, he says.

"Growing up in Kansas, there was this sense of personal integrity, community and caring for people," he says. "There were many Native Americans in the area and in my family, and I remember my dad, everywhere we went, he was reading the earth. There was this sense of keeping your feet planted where you are and the quietness of humanity."

Interweaving the camera and dance

In 2014, McIntyre decided it was time to close TMP. "We really wanted to end that on top," he says. Since then, the camera has become his instrument of choice.

McIntyre first discovered photography after leaving the Houston Ballet. "I just got fascinated by the camera," he says. "I was influenced by my work in dance and the relationship between dance and the human body. It has helped me understand the body in a different way." 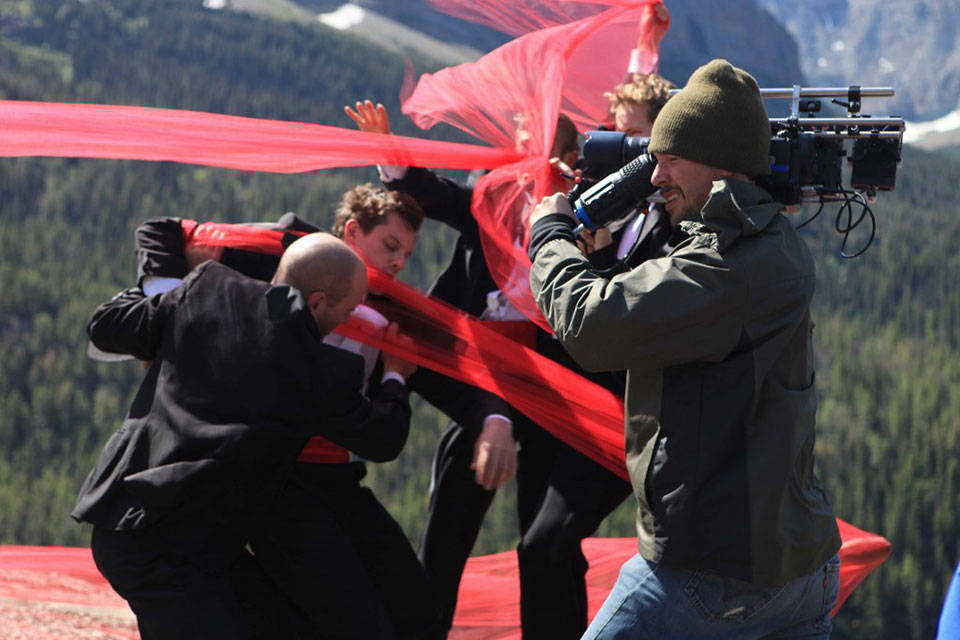 McIntyre operating a camera on a film set.

It was also a contrast to the controlled, precise work he did in the dance studio. Trying to capture the body in an authentic way has informed that studio work, though. "Working as a collaborator with dancers in that way has lightened me up in the studio," he says. "I've found that there's a difference between when I was younger and tried to be in command versus making people feel confident."

That collaboration can be seen in his work with FLTPK. He's hopeful for the future of the artistic community, but embraces the process. "There really is no downside to this project," he says. "Even if it fails, at the very least we were able to make these works."