Jenn Lyon gets real about successes, pitfalls of actor life

School of Drama alumna Jenn Lyon moved to New York City just three days following her 2003 graduation. Since then, her career has evolved between theater, film and television roles—ranging from “The Coast of Utopia” on Broadway (which earned 11 Tony Awards in 2007) to FX’s “Justified” and “Saint George.” Most recently, Lyon appears in TNT’s “Claws,” a drama-comedy centered around a Florida nail salon. “Claws” airs Sunday nights at 9 p.m. ET.

How would you describe your personal brand of comedy?

What differences do you find between stage, film and television acting?

I think film, TV and stage are so different! On stage, you have control over where the audience is looking, you have the story underneath you, you’re vocally supported, you’re playing it to the back row, your whole body is electrically engaged in a different way.

With film and TV, you have to scale back your face, especially if you have an expressive face, and you have a microphone so you play to the tiny room you're in. When I first started doing television, I was like, “why is everybody whispering?!” You have to play to your given circumstances.

What have been the highlights of your career so far?

Stage: I had the opportunity to do a Tom Stoppard trilogy on Broadway. I also loved “Born Yesterday,” “The Women” and “His Girl Friday” at spectacular theaters in Seattle and California, doing world premieres by John Guare, “Wayside Motor Inn” with AR Gurney before he died, “Fish in the Dark” on Broadway with Larry David and so many brilliant character actors like Mary Louise Burke and Lewis Stadlen.

I think we so often overlook regional theatre in our quest for ‘Broadway,’ but I have seen the most brilliant actors, talented costumers and dedicated crew in the regionals. Plus, the tickets are affordable and the audiences are fantastic.

I think we so often overlook regional theatre in our quest for ‘Broadway,’ but I have seen the most brilliant actors, talented costumers and dedicated crew in the regionals. Plus, the tickets are affordable and the audiences are fantastic. Most recently, working on a new Kenneth Lonergan play under Neil Pepe’s direction was a dream come true.

Film and TV: Significance in the form of film and TV came when I got my first recurring role on “Justified,” which after 2 seasons lead to me being seen as capable of being a series regular. Then I got to do “Saint George” with George Lopez, who is so wonderful and taught me a lot about being brave enough to pitch alternate lines on set. “Claws” is certainly the biggest thing thus far in terms of visibility, material, other bad ass actors and paychecks. 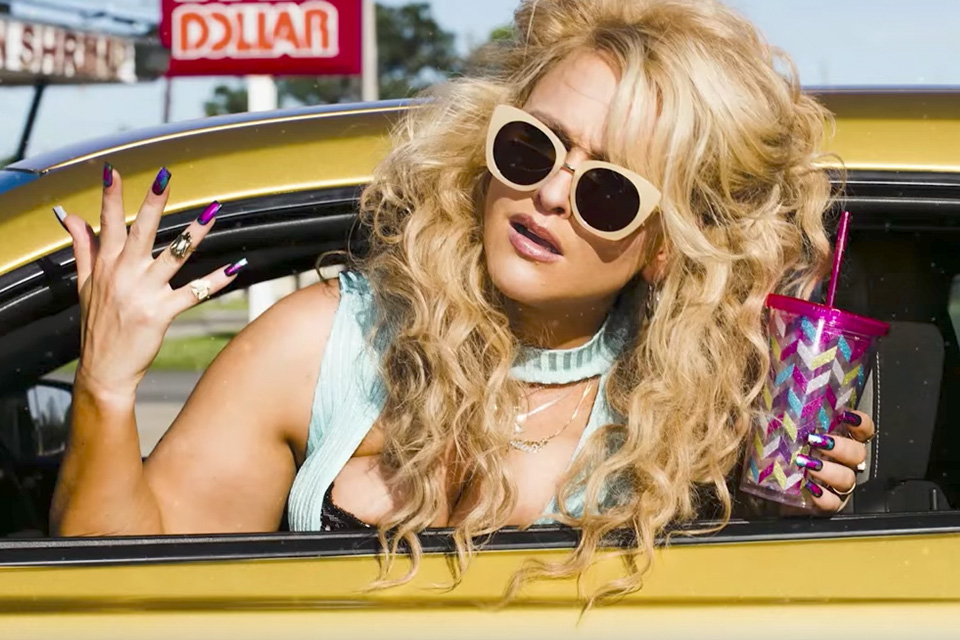 WATCH: Behind-the-scenes on the TNT series "Claws." | "My character, Jen, is rough around the edges and grew up poor in tough circumstances, but that doesn't mean she doesn't have fabulous hair today (that she buys and clips in every morning). She is a mom of two, a great second wife and best friend. Fierce, funny, loyal, tenuously sober and a fantastic nail tech in the backwoods of Florida."

I also think highlights can come from the work you create with your friends. I had a great online sketch comedy group named “Poykpac” with people from the UNCSA film school. Having success with original work that you make is like nothing else.

Talk a little about some challenges you've encountered in your career. How did you overcome them?

I have struggled with my weight all my life and this industry can bring all those issues into stark relief. Well read? Funny? Kind? None of that seemed to matter if I didn’t fit into the right size pants and have the “look” I thought I was supposed to have. I got as small as I possibly could by starving, and started to book film and TV because I had dieted myself into the ‘romantic interest’ category, which was pretty narrow. I am not a small woman by nature, and I have nothing against people who are, but I was super unhealthy (anorexic and bulimic) to achieve what the industry, at the time, thought of as beautiful.

I ended up having to be committed to an eating disorder rehab center. I thought I would never work again, being 60 lbs. heavier than I previously was, and my first audition after the center was for a new Kenneth Lonergan play at The Atlantic—I booked it! Not because I was small and pretty, but because I was grounded in a way I hadn't been in seven years.

What are some connections you made at UNCSA that you still maintain today?

I’m still connected to people from school. I got to do a production of “Twelfth Night” with great people from classes above and below me that produced, directed and starred in it. I am still best friends with several of my classmates. I’ve also done films with alumni from the Film school. I also still love and follow so many of the dancers that were at UNCSA at the same time as me. Social media has been helpful in keeping up with everyone. So many people have pursued different careers besides acting, and they excel at all manner of things.

My favorite performance is a tie between “Good Person of Szechuan,” directed by Jon Dillion and Joana Malamhed, and “Nicholas Nickleby,” directed by Bob Fransconi. Both involved multiple characters, were highly stylized. Working with those directors was such a challenge because they demanded that you bring in ideas everyday—and that is what the real world of acting is like for sure. You don't wait for a director to tell you what to do, they expect you to come in with choices and perform them.

What advice would you share with current or prospective Drama students?