If you've tuned into any number of hit network television shows in the past few years, there's a chance you've seen UNCSA Drama alumna Megan West (B.F.A. '13). Most recently, she's appeared as Taylor Kelly in FOX's "9-1-1" (co-created by Ryan Murphy).

As Taylor, West struck a chord with the show's fans, who became invested in her fraught relationship with firefighter Buck (played by Oliver Stark), and ended up winning over hearts in the process. 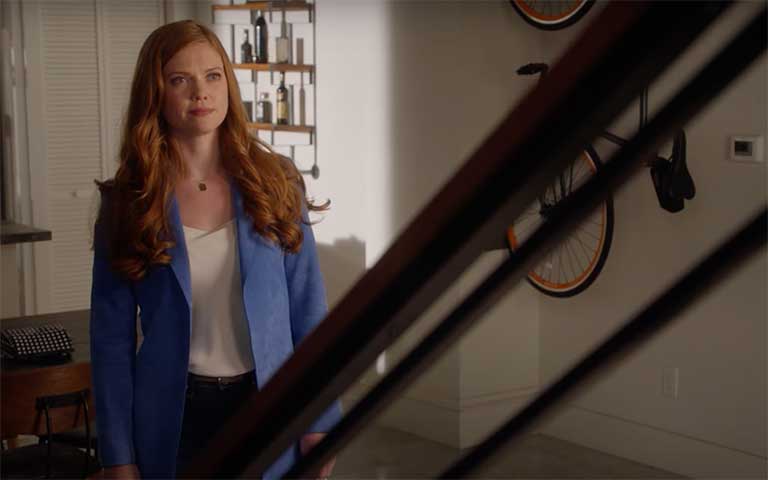 In addition to those roles, West has also appeared in Freeform's "Good Trouble," NBC's "This Is Us" and Shonda Rhimes' "How to Get Away With Murder" on ABC and a number of films, including the upcoming "Boy Makes Girl," the Lifetime movie "Do Unto Others," and thrillers like "The Apparition" and "The Eyes."

From the beginning, she has pointed to her training and experiences in the undergraduate acting program at UNCSA as the foundation of her work.

The caliber of training at UNCSA is what initially drew West in. As a high school student exploring her college options, West was already a seasoned performer. She began acting at age 6 at HITS Theatre in her hometown of Houston, Texas, and attended a performing arts high school.

“My acting teacher told me about School of the Arts,” she says. “It wasn’t an option — she told me, ‘You’re going to audition for this school.’ ” West did audition at UNCSA, along with 13 other schools, most of which she got into. “When I visited and saw the performances and classes, the caliber of the training, the abundance of passionate students, I thought ‘This is it.’ ”

At UNCSA, she was intrigued by retired faculty member Bob Francesconi’s mask and movement classes. “They were like no other,” she says. “To have that freedom with your body is amazing.”

That connection with her body helped her get through a particularly difficult and rewarding performance while she was still a student at UNCSA. “We were doing 'Comedy of Errors' in a circus-style show,” she remembers. “There were so many different elements – music, singing, dance – it really combined all of our training.” Add to that one more element, West was not feeling well when the show opened. 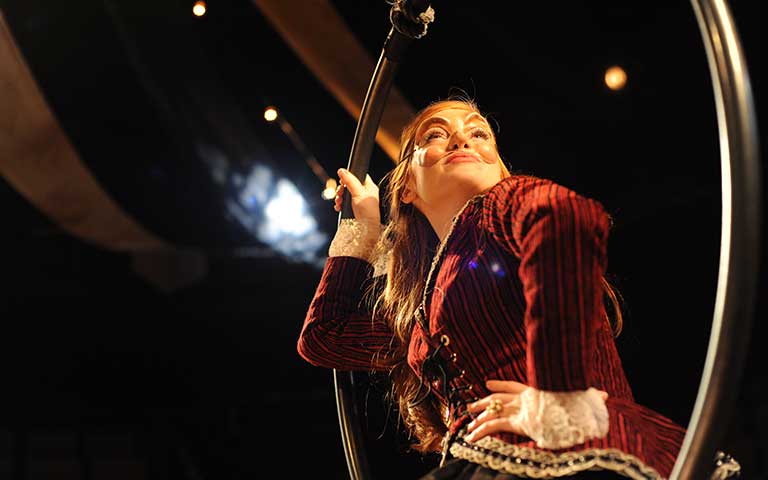 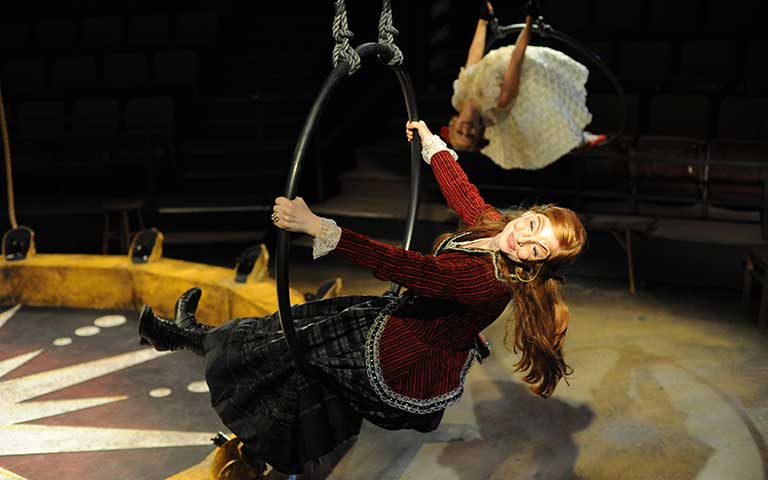 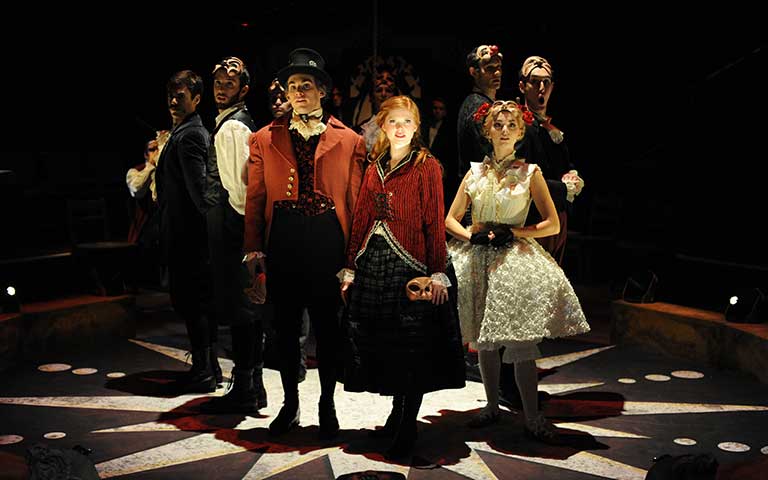 Hanging from hoops and ropes during her monologue, she could feel her voice slipping. “But I had the training,” she says. “I just kept thinking to myself, ‘Breathe deeper.’” Not only did she make it through the show, she had a great performance.

It’s an experience she’s carried with her to various sets and stages and one that’s taught her to trust herself and her training. It’s tricky, she says, coming onto the set of television shows where the actors with recurring roles already have an established process. “You are coming into someone else’s home and each set is different,” West says. Drawing on her time at UNCSA has helped provide a constant thread across those sets.

In addition to her television roles, West has spent time on the theater stage, including with the off-Broadway Classic Stage Company on the play "A Month In The Country" with actors Peter Dinklage, Taylor Schilling and Anthony Edwards.

You have to be so vulnerable and dream about getting that role, or you won’t be into it. But at the same time, you have to be willing to get your heart broken and accept that that’s just not your story to tell.

The audition process, she says, is a constant push-and-pull between hope and heartbreak. “You have to be so vulnerable and dream about getting that role, or you won’t be into it. But at the same time, you have to be willing to get your heart broken and accept that that’s just not your story to tell.”

Meanwhile, she keeps up her pursuit of the creative life and reaching her artistic dreams. “There are so many different ways to live a creative life,” she says. “I watch alumni come back and they all have such different careers, but everyone is happy and that’s what I want to be.”

Get the best news, performance and alumni stories from UNCSA.
SUBSCRIBE TO OUR NEWSLETTER