“I heard about NCSA from the first moment I can remember,” Garcia-Lee says. “Within the first week of my 9th grade year, we knew we had made the right choice (in deciding to attend) and I, just like my mom, was at home in Winston-Salem. Funny enough, my first dorm room was once my mother’s as well.”

That familiarity with the campus and with UNCSA’s rigorous training program made it easier for Garcia-Lee, an only child, to make the transition to living away from home. “Being completely immersed with other young artists in so many different disciplines was the exact environment I needed,” she says.

During her second year as a dance student, Garcia-Lee would often watch Drama students in classes and she was cast in “What She Found There” during Intensive Arts that winter. She realized then that she could do more than ballet. After she was cast as Graziella in the all-school production of “West Side Story,” she realized she wanted to pursue a career on Broadway. 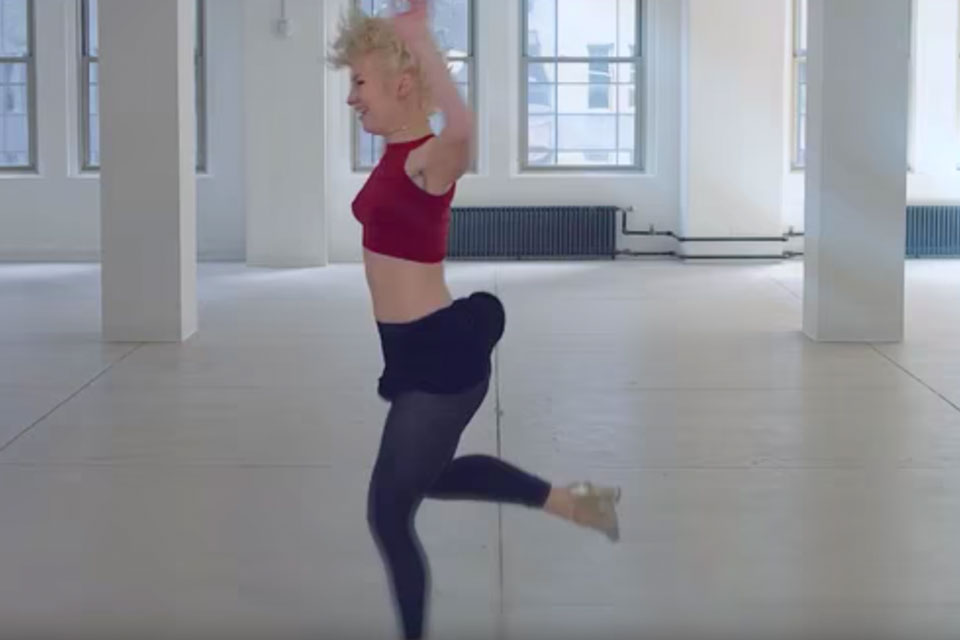 Watch Paloma Garcia-Lee dance her way through her Broadway résumé.

Garcia-Lee was so passionate about getting to Broadway that she skipped a grade and switched disciplines before graduating from high school—not something the typical student does. “I spent my entire summer after 10th grade taking courses at a community college in Pennsylvania to get everything I needed so I could come back as a senior in the Drama school!”

She credits faculty who, instead of trying to hold her back, encouraged her to pursue her interests— even if that meant changing disciplines. “Rather than trying to temper me, I had teachers fanning the flames of my growing fire and pushing me to be the absolute best I could be,” says Garcia-Lee. “I can’t say that I am one for anything conventional, and I hope that anyone who crossed paths with me at school smiles as they read this.”

Rather than trying to temper me, I had teachers fanning the flames of my growing fire and pushing me to be the absolute best I could be. I can’t say that I am one for anything conventional, and I hope that anyone who crossed paths with me at school smiles as they read this.

Garcia-Lee continued her path straight to Broadway. She moved to New York City right after graduation, at 17 years of age, and soon auditioned for “Phantom of the Opera.” Three months later, she got the call for her first professional job. She spent three months on the Broadway show before leaving on the “Phantom” tour around her 18th birthday. In all, she spent four continuous years with the show, eventually taking over the part of Meg Giry. “I consider my time with ‘Phantom’ as my college,” she says.

Since Phantom, she’s been a dance captain or member of the ensemble in five Broadway shows and more than a dozen workshops, labs, readings and concerts including “Nice Work if you Can Get It,” “Natasha, Pierre and the Great Comet of 1812” and “Charlie and the Chocolate Factory.” Soon, she’ll be taking the stage for “Moulin Rouge! The Musical,” based on the Academy Award-winning Baz Luhrman film.

It’s hard to believe she’s been working steadily for 10 years now. “To be completely honest, I feel like I am at the very beginning of what I set out to do as a dancer and as a performer…. I am dreaming bigger than ever before and working hard to make those dreams a reality,” she says. But for all her success, does she still need to audition?

“Absolutely. I still have to audition 99.999% of the time,” says Garcia-Lee. “I celebrate the connections and relationships I have made with choreographers, directors, producers and music teams. But even with all of that, auditions are an inevitable part of the process. More often than not these days, when I walk into an audition I know almost everyone in the room.”

What advice would she give to someone who wants to make a career as a Broadway dancer?

“Take care of yourself,” she says. “In between shows you need to spend some time to focus on re-centering your body and mind. Doing a show eight times a week is exhausting and thrilling and wonderful, but taxing on the body. Prioritizing physical therapy and self-care is important.”

She’s been able to do just that with the support of her husband (who she met working on ‘Phantom’), her parents and her UNCSA family.

“Every project I have worked on has had at least one, but most often a handful of alumni from the UNCSA family as a part of it. It’s INCREDIBLE what the alumni are up to,” she says.

“Not a show goes by where there aren’t people on the wig and makeup team, lighting team and the sound and scenic design teams… let alone performers. We are everywhere and it’s incredible to find that connection; it never gets old. It ties us all together in such a special way.”