Zoë White is D.P. for Season 2 of "The Handmaid's Tale" on Hulu. / Set photos: @zoewhite on Instagram

Framing Gilead: Film alumna is Director of Photography for "The Handmaid's Tale"

For seven months, cinematographer Zoë White effectively lived in Gilead, the country inhabited by many of the characters of Hulu’s hit show “The Handmaid’s Tale.” White, who earned a B.F.A. with a concentration in Cinematography from the School of Filmmaking in 2004, was Director of Photography for half of the show’s second and third seasons.

Gilead (or Toronto, where the show is filmed) joins the list of cities where White has lived and worked as a filmmaker since graduation: Sydney, Los Angeles and New York. She was named as one of Variety’s 10 Cinematographers to Watch in 2018 and as one of American Cinematographer’s Rising Stars of Cinematography in 2019—and her list of credits is extensive, with music videos, commercials, indie features and plenty of UNCSA connections.

She shared with us a little about her journey: the hustle involved in building her reel, how cinematography is musical and why curiosity is invaluable.

How did you get into filmmaking and what made you decide to attend UNCSA?

I grew up in Sydney, Australia, learning music. As a kid, you don’t really go to school for filmmaking. But I always kind of knew that I wanted to transfer my music training to film. My mother was a total film buff and I loved watching movies.

I kept it a secret that I wanted to make films because I thought that no one is actually allowed to have that much fun at their job. They have a couple of graduate level film studies programs in Australia, but I had a vision of going to film school in the U.S.

There was a visiting workshop lecturer that came to Sydney to talk about how to get into filmmaking. I asked him, “Where should I go to school in the U.S.?” He listed off the well-known schools. And then he said “There’s this little school, it’s kind of cool, it’s called School of the Arts.”

I just wanted to know how to do it, how to make a film. And once I got to North Carolina, it was exactly what I’d hoped for. They weren’t lying—we were folding C-stands and wrapping cables on day one.

I feel so lucky that I found UNCSA, because it was the only school, in terms of the curriculum, where they said they’d put you on set day one. It was all about a hands-on approach to learning. I was surprised that the other schools’ curriculums put you through one to two years of essay writing and sitting in a classroom. At that point I’d been at university for one year and I was done writing essays. I just wanted to know how to do it, how to make a film.

And once I got to North Carolina, it was exactly what I’d hoped for. They weren’t lying—we were folding C-stands and wrapping cables on day one.

Do you have a favorite project that you worked on at UNCSA?

Our final thesis film that I shot in my fourth year was called “The Tragedy of Glady,” directed by Karrie Crouse and starring Trieste Kelly Dunn. It’s amazing to me, because I just hung out with them this past weekend at a wedding with a big group of UNCSA alumni. We shot that film 14 years ago and we still are so fond of that experience. I said to them, “I feel like if we made that same film again now, we would make it exactly the same.”

It’s a testament to the fact that the filmmaking alumni stay in touch and the connections and bonds we form in our years there really stick. Karrie is a director and one of my best friends and part of a group that I still see and collaborate with. To come out of UNCSA with that kind of network already in place… you don’t understand how powerful it is when you first graduate, but 15 years later it only becomes stronger. Not every school has that.

Maybe it has something to do with being in a smaller town in North Carolina, as opposed to a big city. In Winston-Salem, we kind of got to feel like the entire city was our campus and our backlot—and we could take it whatever direction we wanted.

What were your plans after graduation?

I was hungry to just know what it felt like to be on a professional set. I didn’t have long-term plans figured out, but I did have an internship with the Academy of Television Arts & Sciences. Straight after graduation, I got a little taste of what it was like to live in L.A. and work on a movie with a D.P. [Director of Photography], Jim Chressanthis.

After that, I went back to Australia for Christmas and, through Jim, I got a recommendation letter to work for the D.P. of “Superman Returns,” which was being filmed in Sydney. Through that connection, I managed to score a year-long apprenticeship on the movie. I learned a lot from that and it was great to observe D.P.s who were top artists in their trade, to watch them do their jobs while I got to take pictures and ask questions and bring them coffee.

And what was your career path like after that?

I worked for a year, then headed back to Australia and went to school for my masters at the Australian Film School. I graduated in 2008 and worked there for two years before coming back to New York. I’ve been in New York for seven years now.

It’s always been narrative work and the telling of story that is closest to my heart. While I was building my reel and my résumé, I always tried to pick projects that appealed to my sensibility and made sense to me stylistically. The projects that you shoot define who you are as an artist and as a cinematographer; that’s your calling card and attracts you to more of that kind of work. 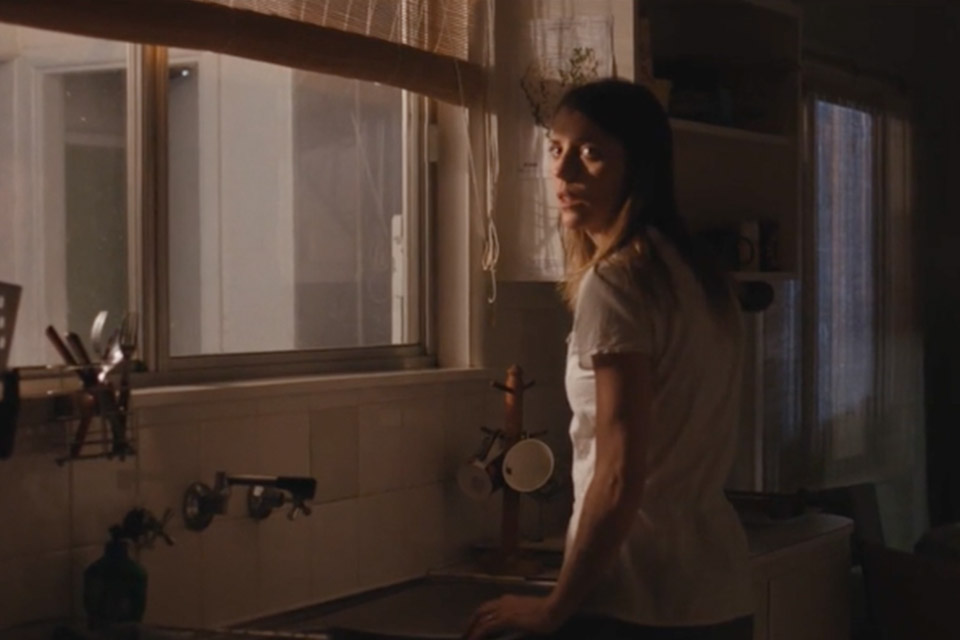 All of my time in New York has been spent building, building, building my reel. Lots and lots of short-form projects, films, music videos and then, slowly, the budgets just gradually got bigger. There was never a leap until last year.

How did that change come about?

There’s life before having an agent and life after having an agent. As you’re building your work, you’re kind of on your own. It takes a lot of self-motivation. There’s this feeling that every day you aren’t shooting is a day when you should be hustling—whether that means building your website, or reaching out to production companies or studying the cinematography of other people that you like. Up until I got my agent, it was really self-guided.

I managed to get an agent because I shot a film that had famous people in it, and it got enough attention from the industry press that I started getting calls from agents. Once I got an agent, it was such a big relief, I had someone to talk to and I felt like I was part of a team now that was supporting me.

To now have a huge credit like “Handmaid’s Tale” is very validating, not for me so much, but for others to see that I’ve shot something that is so recognizable and well-regarded. It’s a different feeling going into rooms with people because they can talk about this project and it’s not just me pitching to them and having to tell them what kind of cinematographer I am.

Each script is a really beautifully written, self-contained story. There’s a lot of world-building on this show, because it’s not just the natural world, it’s a very stylistically heightened and specifically defined world. There’s a lot of discussion and collaboration about what the world of Gilead is and how to turn Toronto into those places. I worked alongside another D.P., Colin Watkinson, who shot Season 1 and won an Emmy for it (no pressure!).

For an artistic, elevated, very visual show, we still shot pretty fast, but it wasn’t crazy. We needed time to light and there’s an expectation that the shots will be polished and beautiful and expressive. There’s a really strong sense of point of view and perspective. For me, that’s a total joy, because those are all really cinematic things. Yes, it’s challenging and daunting, but it’s so satisfying when you get to come to set and create the most artistic and beautiful images.

With the success of the show coming into Season 2, everyone knew that they had made something special and the world had responded to it, so there was a real sense of passion among everyone that what we were making was having an impact.

Is there a particular episode or scene that you really enjoyed working on?

I really enjoyed working on episode 11, “Holly”—when Offred (June) gives birth. She gives birth in the most unexpected, surprising way. I was just kind of floored when I got that script. 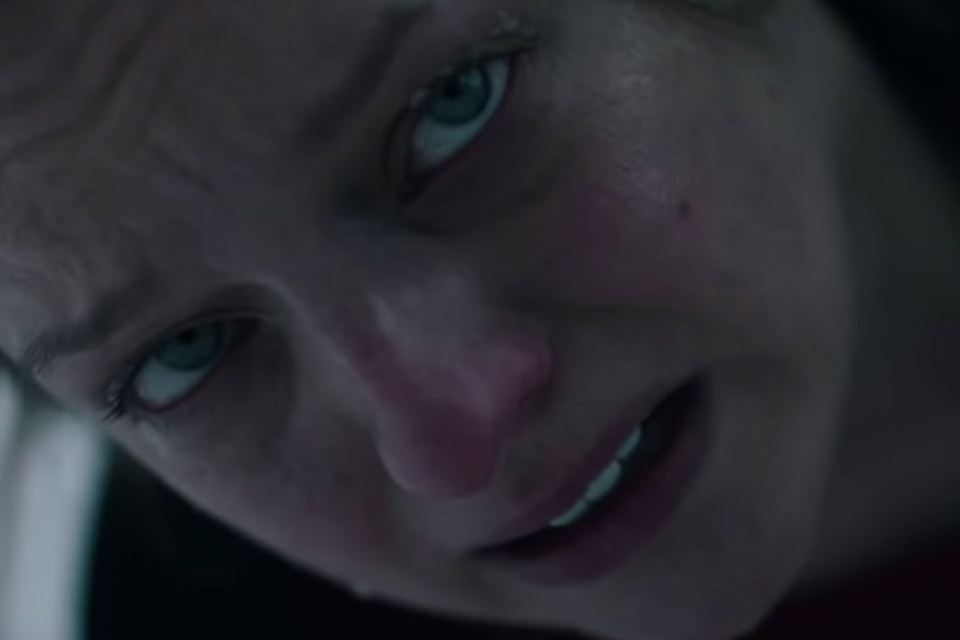 What I loved about shooting that episode is that unlike any other episode in the whole series, we are only with June the entire time, she’s by herself. It was a really amazing experience to get deep into that psychological space that she was in as she was going into labor and going through all of the trauma and experience of living in Gilead. It was almost like we got to shoot “Gravity” in Gilead. She became like a feral warrior in that episode.

Any other favorite projects or career highlights?

I’ve done a lot of music videos and a lot of my stylistic, visual sense was developed doing music videos with Will Joines, who is also an alumnus. We have the same taste in music and strange, mysterious imagery. I owe him a huge shoutout for helping me build the kind of repertoire that helped define my visual style.

Also, the first feature I shot was called “In the Radiant City.” The director is Rachel Lambert and she knows a lot of the UNCSA crowd. The star was Michael Abbott Jr., a UNCSA Drama alumnus. I think there’s sort of a Southern film connection, and that was a lovely project. I got a lot out of my four years in North Carolina and have a real affinity for the South.

What advice would you give future filmmakers?

Stay curious, not just in filmmaking, but in the world. Look for experiences that help inform who you are and help you find your voice. That sense of searching and curiosity never has to end. I still don’t know who I am or exactly what my voice is. I’ve gotten a lot out of watching movies, and going to art exhibitions, and reading books and traveling a lot—being experience-hungry. It’s ok to not know and to not have answers, but to constantly ask questions and stay curious.