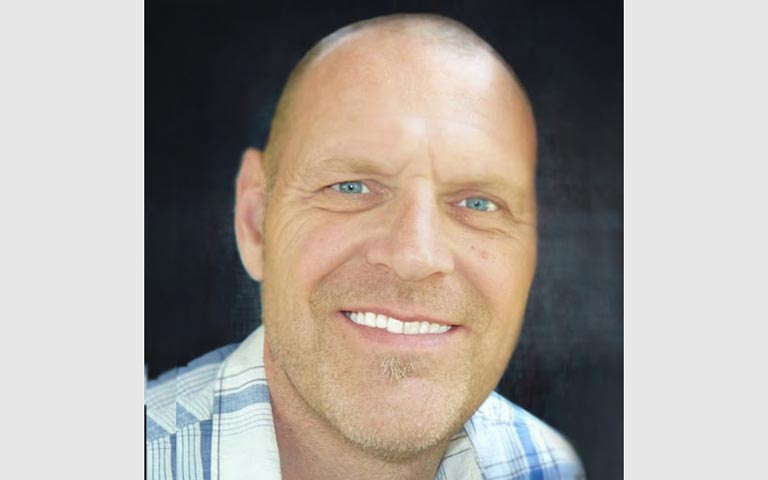 When lifelong Winston-Salem resident Alan Shelton enrolled in the Architecture Program at Forsyth Tech at age 41, he took up handyman work on the side for a work schedule that allowed him to focus on school. He found himself constantly needing tools and spending a lot of his pay on the necessary things required for his work.

During this time, Alan also volunteered locally at Habitat for Humanity, Second Harvest Food Bank, Sawtooth School for Visual Art, and Senior Services, through which he met many people who helped contribute to his idea for a community makerspace. When speaking about what sparked his interest in a community-based organization, Alan stated, "You know, I’m not the only person who can’t afford access to the tools they need or can’t justify spending the money on a tool I’ll only use one time. There oughta be something, someplace where we can all work together and solve our problems.” From that spark came Mixxer Community Makerspace.

That’s what Alan and many other community members needed! A makerspace! Alan spent 2014 asking community members about their thoughts on a community makerspace in Winston-Salem and people loved the idea. Eventually Alan realized, “Somebody’s gonna have to take the lead if it's ever gonna happen, and that had to be me.” So, a small group of people, including Milton Rhodes, started meeting each month and got to talking. The group has changed as people have left and joined. Mixxer is now a certified nonprofit organization with staff and a board of directors. Over time, people became invested and Alan's idea began to gain a following. They raised money through sponsors and donors, which eventually allowed them to get a building. Their facility now is a beautiful space full of art and has many spaces including a computer lab, tech lab, wood shop, a metal studio, and even a garment district! You can see the space in person or head to Mixxer’s website for a virtual tour.

If you're wondering just what a community makerspace is, a community makerspace is a place where people in a community are offered resources to learn and create. They are all across the US and other countries. Creative spaces aren't new — they came from 1990's Hackerspaces. They’ve now become spaces for many other creative forms, though some still focus on hacking. Many modern makerspaces provide technological software training and 3D printing along with other creative forms. Mixxer offers a broad range of classes and personal work ranging from sewing to woodworking. 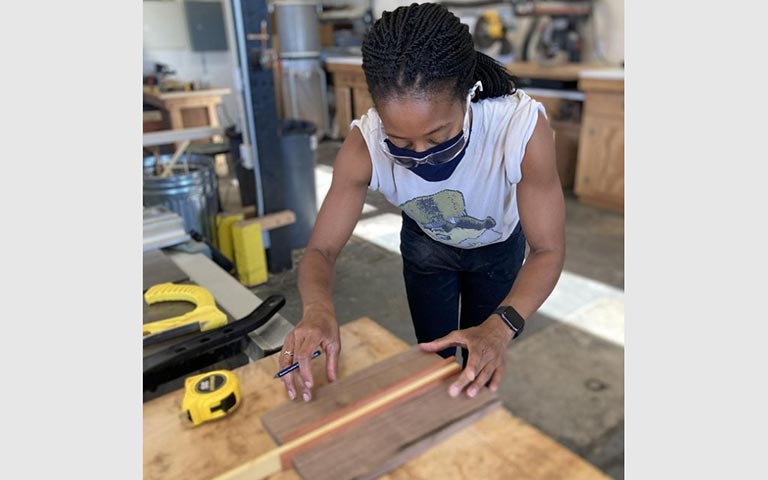 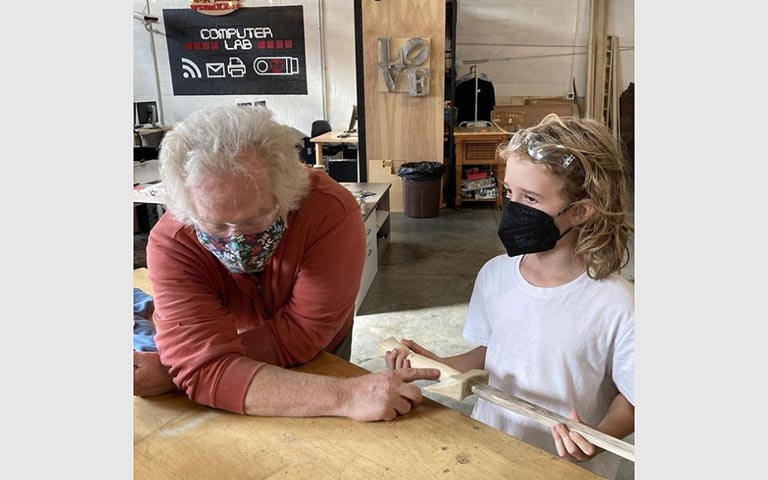 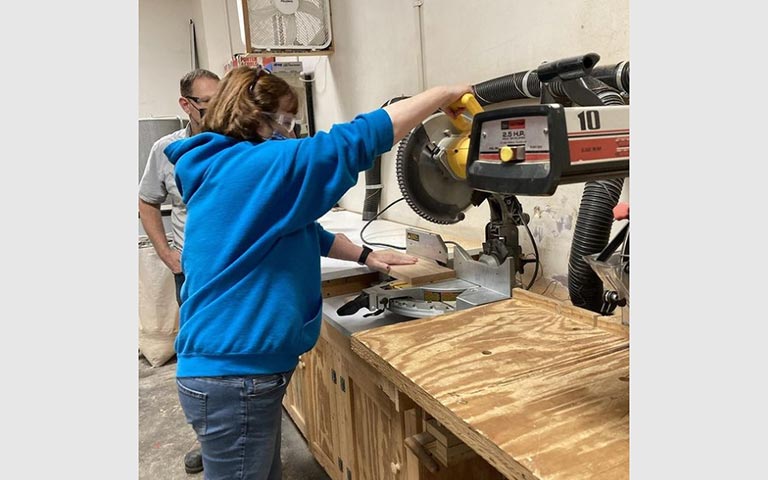 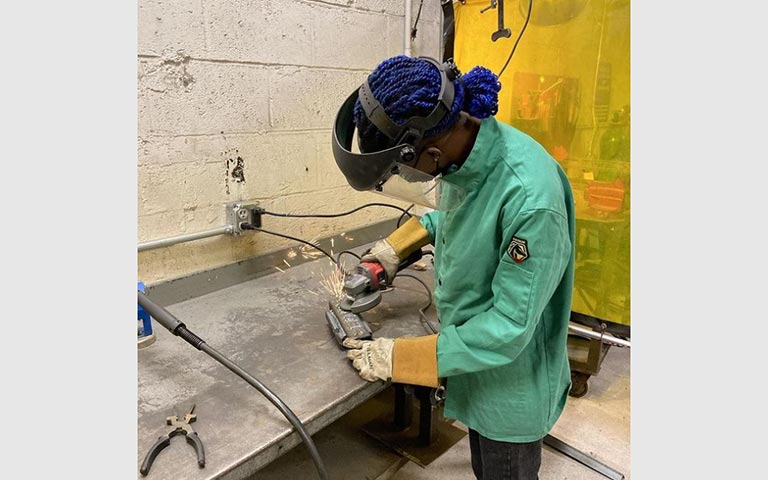 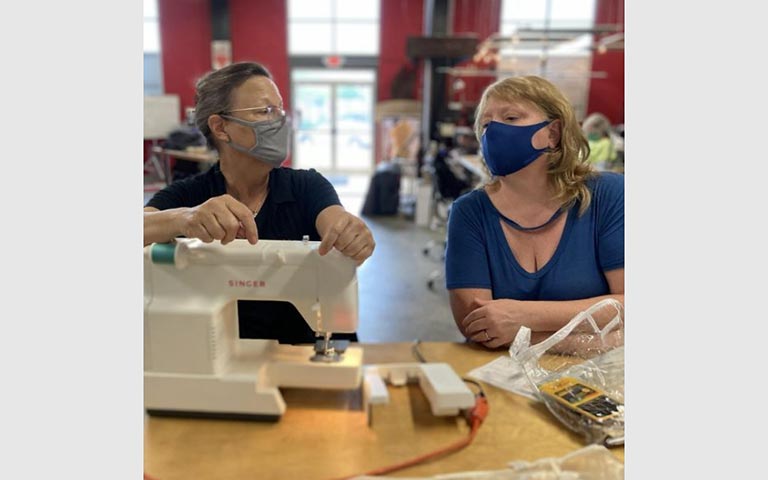 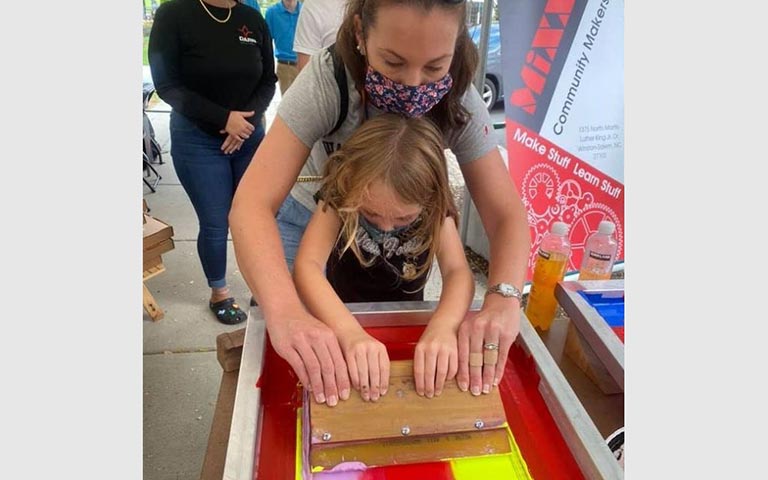 Mixxer’s mission is to provide “access to Tech, Tools, and Community.” Providing people access to tools, proper training and facilities through a membership model, the membership lets people have secure access to the facility and classes. If people don’t wish to have a membership, they can still sign up for workshops, which range from “Primitive Blacksmithing (Blacksmithing at night!)” or “Laser cutter: Make personalized holiday ornaments.” When describing the membership model, Alan said, “You can sign up to make something very specific at a specific time for a specific dollar amount and you don’t have to be a member to do that.” These workshops happen multiple times a month and you can easily register on Mixxer’s website.

Alan believes that Mixxer is accomplishing their mission but he still feels as though some people don’t have access to it. Alan elaborated by saying, “There’s several hurdles. Some people don’t see themselves using tools or technology. But, have they ever had the chance?” Alan’s idea to jump these hurdles is to go into communities where people don’t have resources and offer them opportunities. In the four years that Mixxer has been open, Alan has realized the important fact that among their members there are all different types of people and within the walls of Mixxer they work as a community and as friends.

One thing Alan spoke very passionately about was Mixxer’s STEAM Education program, a program for kids in 6th through 12th grade, including kids from lower income homes. Mixxer does fundraising to help pay for at least 50% of students at a 97% discount. Alan explained, “A class that would normally cost a hundred bucks would be three dollars.”

MIXXER believes that all students should have the same creative opportunities, to be taught by great teachers in a great program. In order to recruit students that need financial assistance, they send invitations out to community partner organizations, which forward those invitations to clients; organizations such as Habitat for Humanity, Neighbors for Better Neighborhoods, and around 12 other groups. Right now, Mixxer is working on a scholarship within the program for high school age students to have very low cost memberships.

Mixxer is focused on community work and intermingling with other community spaces. Right now Mixxer is partnering with HUSTLE Winston-Salem and is offering three-month memberships to female entrepreneurs in need of a makerspace at a discounted rate. Alan expressed that Mixxer is really reaching out to young people “to help them choose a career path, but it’s also likely that they will be our members in the future.” Alan believes there's importance to being in touch with younger people and seeing what they’re interested in.

Mixxer is currently getting to the point where they have a number of staff members. “Right now we’re getting close to having enough staff that I don’t have to sit at the computer all day,” Alan happily stated. With growing staff and support, Alan now gets a chance to be active in the space and hopes to develop groups of people that focus on more advanced projects to open the space to different types of art and creation.